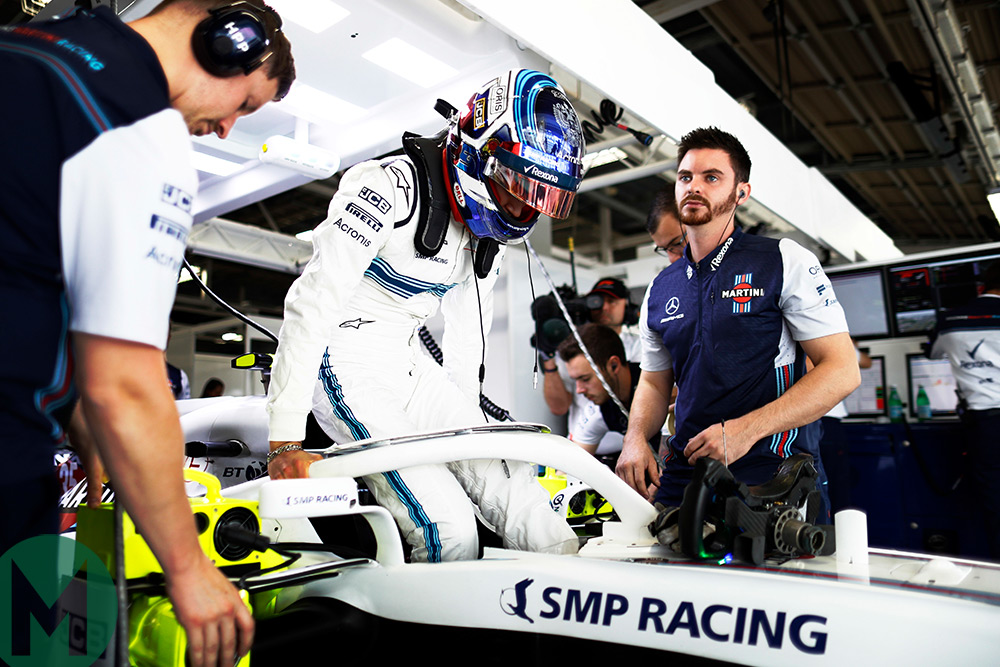 As Robert Kubica has now been confirmed to drive for Williams alongside George Russell, Sergey Sirotkin’s sponsor SMP has criticised the team’s performance.

A statement issued on Thursday, after Williams announced that Kubica would drive for the team, reads: “We have decided not to continue participating in the Formula 1 championship alongside Williams.

“We were unpleasantly surprised by the drop in performance which the team has shown at the beginning of the season.

“Also the progress of the car during 2018 season was not high enough.”

SMP goes on to praise Sirotkin’s performance in comparison to team-mate Lance Stroll, who is expected to make the move to Racing Point Force India – owned by his father Lawrence Stroll.

“However,” continues the statement, “Sergey spent a good year with Williams team in conditions in which he found himself, he made all his best at 100 per cents and fully achieved the tasks he was asked for [sic].”

Sirotkin sits last in the drivers’ championship before the season finale at Abu Dhabi, with one point – five fewer than team-mate Lance Stroll, whose highest finish this season was eighth-place in Azerbaijan.

“For this moment he completed 20 Grands Prix. Sirotkin’s best result was 10th place in the Italian Grand Prix, for which the Russian received one point.

“In the qualifying score, he outscored his team rival Lance Stroll: 12-8. Sirotkin finished on higher positions than his team-mate in 10 races of 20.”

Sirotkin will remain with SMP next season, which runs a parallel prototype programme in the World Endurance Championship, but it is not clear where he will drive.