Ben Edwards admits he’s fine with not being in Abu Dhabi this weekend for his final grand prix as Channel 4’s Formula 1 commentator, because he knows it will be an emotional moment when he signs off and he has no interest in it being caught on camera. He doesn’t say so, but it’s also true that the 55-year-old has no interest in ‘being the story’. He’s too modest and too professional for that, as he has been throughout a near 30-year career in which he has become one of motor racing’s – and sport’s – finest broadcasters.

Edwards has spent the majority of his final F1 season commentating remotely, only attending the British Grand Prix because that one Channel 4 covered live – although he was in Bahrain at the weekend for the remarkable Sakhir GP. He’s still in recovery when Motor Sport catches up with him a couple of days later and describes the race as “awesome” – for obvious reasons. “The Channel 4 guys pushed hard to see if I could do one of the last ones on site and ideally the penultimate one suited me. It’s given me a celebratory event to (almost) end on.”

His decision to stand down from Channel 4 was his alone and followed a great deal of soul-searching, for a man who has always had a healthy wider view of the world outside of the F1 ‘bubble’ – the one that exists every season, not just during times of a global pandemic.

“What Murray developed, and what we have all followed, is we talk the whole time”

“It’s a combination of things, but fundamentally it comes down to work/life balance,” he explains. “F1 is an intense world, whether you are a mechanic, driver, team boss, journalist, part of the logistics team… You can’t be involved in F1 at a gentle level, particularly when you are front-line on air. There’s also a competitive element to F1 in whatever capacity you are involved, and I’m very happy to have done it for a good period of time and I’m happy with what I’ve done. But the intensity of F1 and the sheer way it takes over your life is a bit too much for me now, and it’s time to step back. What I don’t want to do is say I’ll do half the races – although I’d be prepared to stand in for a one-off. It’s a bit like being a racing driver: you’re either fully committed or you step back, and that’s how I feel now.”

Edwards has been on the mic in F1 for two stints, first with Eurosport in the 1990s and then for the past nine years with the BBC and then Channel 4. But he only fell into commentary as a means to aid his own promising racing career and credits the ‘Voice of Brands Hatch’, the legendary Brian Jones, as the figure responsible for the route his life took instead.

“I was a race instructor at Brands,” he recalls, “and because I was trying to get sponsorship I wanted to show I could talk about the sport. I got chatting to Brian and asked if I could help in any way. He was the one who encouraged me, put me in the commentary box at Westfield a couple of times at meetings running on the grand prix circuit, and said ‘you are good at this, you should take it further’. Not long after that I won the Formula First series in 1987. At the end of that year I wrote to the BBC. They were going to cover three winter races on Grandstand, which I wasn’t allowed to do because I’d won the championship. I ended up being co-commentator with Tiff Needell. After that it was really Steve Slater” – a familiar F1 voice for viewers in the Far East – “who gave me the connection at Eurosport. The first race I did for them was a world sports car round at the Nürburgring in 1991.”

Now, there’s an art to TV commentary and it really isn’t for everyone – as this writer knows from his own stuttering, awkward experience. “There’s a certain amount of luck to it,” says Ben. “My voice works for commentary, and it either does or it doesn’t. But then of course it’s how it develops and whether you enjoy it. And I did enjoy it right from the beginning. It was a way of earning money aside from instructing, and it gave me another avenue. I really did it to find sponsorship to go racing, but it never worked. I never got sponsorship through commentary, but I did get a career out of it.”

British sports fans have been blessed by some wonderful voices calling the action over the years. We’re speaking just a few days after one of the finest, golf’s Peter Alliss, passed away aged 89 just weeks after commentating on the pandemic-delayed Masters at Augusta. We cite some of our favourites: for me, David Coleman in football and athletics, Bill McLaren in rugby, ‘Whispering’ Ted Lowe in snooker, Peter O’Sullevan in horse racing, Harry Carpenter in boxing; for Ben, David Mercer in tennis. But naturally for both of us, there’s an obvious one that has to be included on any list of great sporting voices.

“Murray Walker, of course,” says Ben. “He was significant to me and he set the standard for British motorsport commentary. He did it for a long time, before F1 became what it is now, and he was involved with other forms of motor sport. That passion and enthusiasm that Murray had, which was so genuine, was kind of what got me going. That’s what I’ve tried to build on. At first my passion was internal because I loved motor sport, but getting that out and delivering it in a way that is genuine is what I’ve tried to develop. 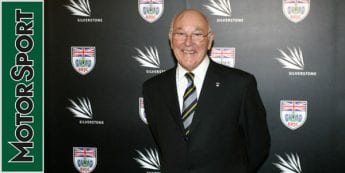 https://youtu.be/2wgeIN0VxSQ To mark the opening of the new 'Murray Walker' television room at the Royal Automobile Club, Formula 1's best-known commentator recalls the insightful, entertaining, and downright hilarious moments of…

“What strikes me about snooker and tennis is that you must be quiet at certain times,” he continues. “What Murray developed, and what we have all followed, is we talk the whole time – and it’s not always the same in other countries. I know that drives some people mad. In tennis I love the silence, but in motor sport I feel you need explanation of what we’re watching because it’s not as simple as hitting a ball or a ball going into a pocket. In some sports the real skill is knowing when to shut up, but I’m not sure in motor sport it fits.

“The only time I do feel it is good to shut up is if the race has settled, not a lot is happening and they show a good onboard. Then I do agree it’s good to shut up. That is one of the rare times. The trouble is with modern F1 coverage they are so good at following where the action is, it doesn’t happen often.”

Edwards has experienced F1 broadcasting from different extremes. At Eurosport, he and co-commentator John Watson travelled to all the races without a production team and pitched up at a commentary box usually pre-prepared for them. Then at the BBC and Channel 4 he was part of big teams delivering the three-part live coverage we’re all so familiar with, including the set-piece pre- and post-race shows. In recent times he’s been forced to adapt to Channel 4’s smaller scale highlights package, and this year the biggest change of all because of the restrictions F1 had to operate under. He admits the challenges of Covid have been an “influence” on his decision, even if the pandemic wasn’t the deciding factor.

“I have to say this year has been a big one for me,” he says of the memories he will carry into the next phase of his life. “Commentating on Lewis Hamilton equalling Michael Schumacher’s win record at the Nürburgring felt pretty special, as did commentating on him getting that seventh title in Turkey too, especially in those conditions. He drove a remarkable race that day.”

Others include the climax of his first season at the Beeb in 2012 when Sebastian Vettel beat Fernando Alonso to the title in Brazil after incurring damage on the first lap. Then there are other “key moments”: Ben was on the mic for IndyCar when Alex Zanardi lost his legs at the Lausitzring in 2001, and when Greg Moore lost his life at the California Speedway in 1999. You don’t forget “powerful and moving” times such as these.

So what is next? Other than a few more outings in his Van Diemen RF92 Formula Ford, Ben doesn’t have a grand plan. Naturally, it will be odd for him when Channel 4’s new ‘voice’, Alex Jacques, picks up the mic in Australia next March, but it’s highly unlikely we’ve heard the last of Ben. “I want to look around, see what opportunities are out there,” he says. “I’d like to do a bit more writing, which I enjoy. But I need to step back and see what works for me and my life.”

For someone who captures moments of drama so vividly, Ben has long been the quiet man of TV broadcasting in motor sport – which, combined with his unrivalled knowledge of the sport he loves so dearly, has earnt him towering respect and admiration, both in paddocks and UK sitting rooms. Channel 4 and F1 will miss him, and so will we.