There have been some pretty long waits for stewards’ decisions that I can recall. Sebastian Vettel getting disqualified from qualifying long after midnight in Abu Dhabi in 2012 springs to mind, or when the stewards were trying to decide whether Max Verstappen should be penalised for his overtaking manoeuvre on Charles Leclerc in Austria in 2019.

In fact, Austria has been the scene of quite a few waits, including the late call to drop Lewis Hamilton three places on the grid last year for failing to respect a single waved yellow flag in qualifying, after the 360-degree onboard camera that had emerged overnight showed the flag was visible, even if Hamilton had not seen it himself.

That one came so late that I was looking down on the grid out of the media centre window, and could see the Mercedes mechanics – who had provisionally positioned themselves in second place before the pit lane opened – picking up their equipment and walking down to P5, informing all the other car crews to shift up one.

But recently, the waits seem to have become even longer. When Hamilton’s car failed scrutineering in Brazil, hours of waiting turned into an overnight delay, with Verstappen summoned the following morning as well. It wasn’t until after FP2 that the decision was finally handed down, close to 24 hours later.

Then there was the right to review request from Mercedes into the battle between Verstappen and Hamilton, that was submitted on Tuesday afternoon, heard on Thursday and once again featured a call to wait overnight before announcing the outcome. 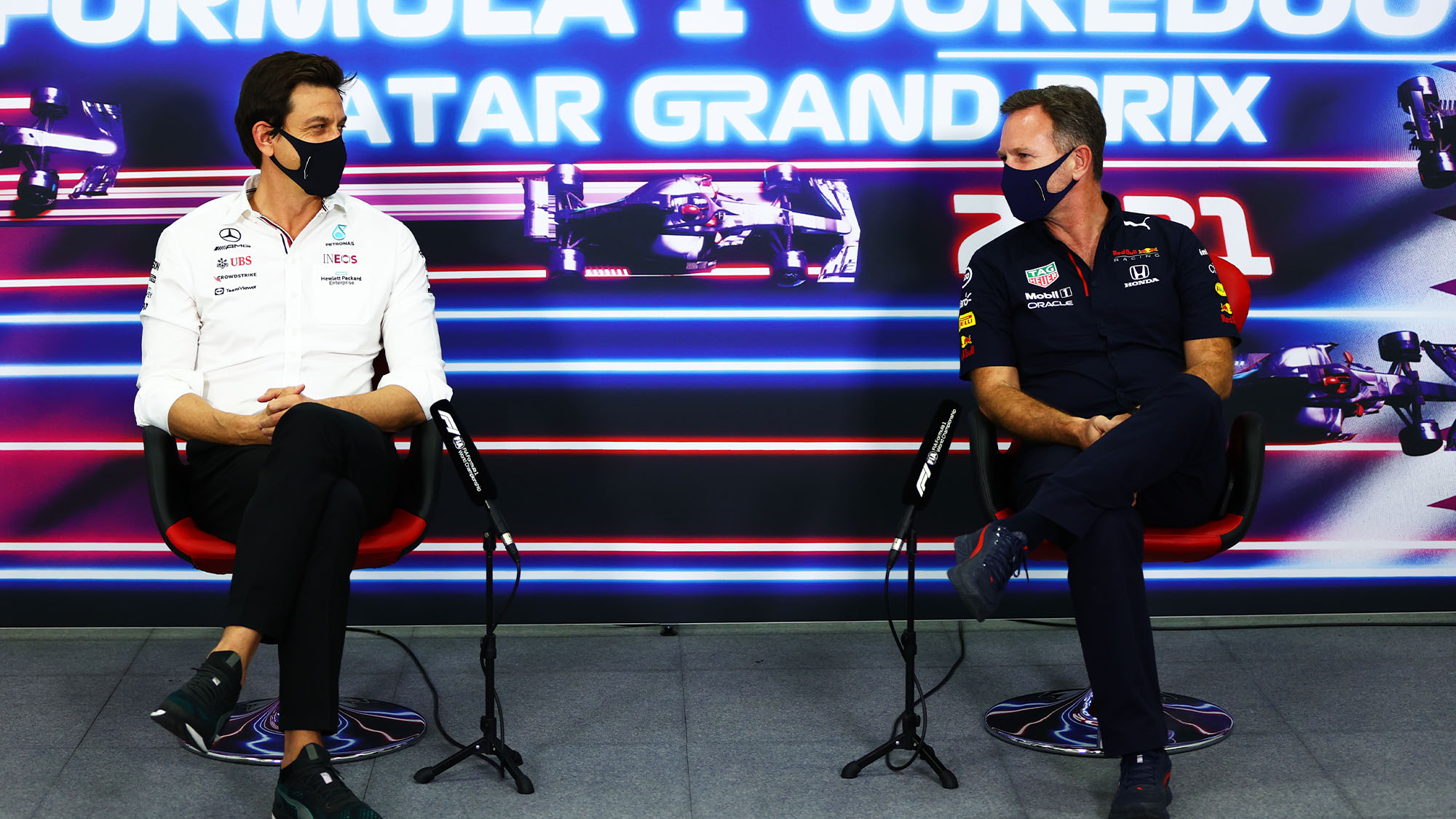 Stewards verdict was released during Wolff/Horner press conference in Qatar

And it was that example that started tongues wagging about whether there could be something else that is being considered whenever there is an investigation at the moment.

In the world of Netflix coverage and booming popularity in Formula 1 that is fuelled by off-track drama, when the stewards conveniently release a decision midway through the 30-minute slot that features both Toto Wolff and Christian Horner together in an FIA press conference, cynicism abounds.

“It could be that the FIA decided it was more entertaining to wait, or there could be a more mundane answer”

The press conference was being taken live by Sky Sports – because it’s now seen as a TV show – and it couldn’t have been planned much better to have the warring team principals deliver opposing views for 20 minutes before being able to get their live reaction to the verdict.

Accusations that decisions are being drawn out for dramatic purposes only grew when the summons for Verstappen failing to respect double waved yellows was published. The document appeared at 20:37 local time, following a qualifying session that had ended just over two and a half hours earlier. And instead of a quick summons, it was scheduled for 13:00 the following day. 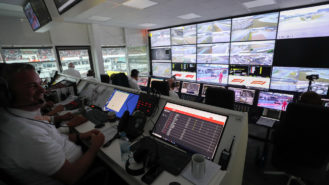 It could well be that the FIA decided it was more entertaining to wait, or there could be a much more mundane answer such as the fact the next set of summons for Valtteri Bottas and Carlos Sainz were published more than an hour after Verstappen’s, suggesting the stewards had been looking at who else might have fallen foul of the difficult-to-spot flags after the final corner.

But it’s not just fans who were skeptical, as Horner himself on Friday voiced his dissent at the amount of time decisions were taking to be reached.

“I would be disappointed if it were to go to another hearing but it’s just frustrating it’s taking this long,” Horner said. “I mean, the discussion was yesterday. Not quite sure why it’s taking… it would be nice to have it cleared-up, obviously before we go into the next session.”

And there’s a reason teams and drivers want to know what’s happening as quickly as possible. It’s not just the impatience of the inner fan in them, but it’s the knock-on impact these decisions can have on the rest of a race weekend. 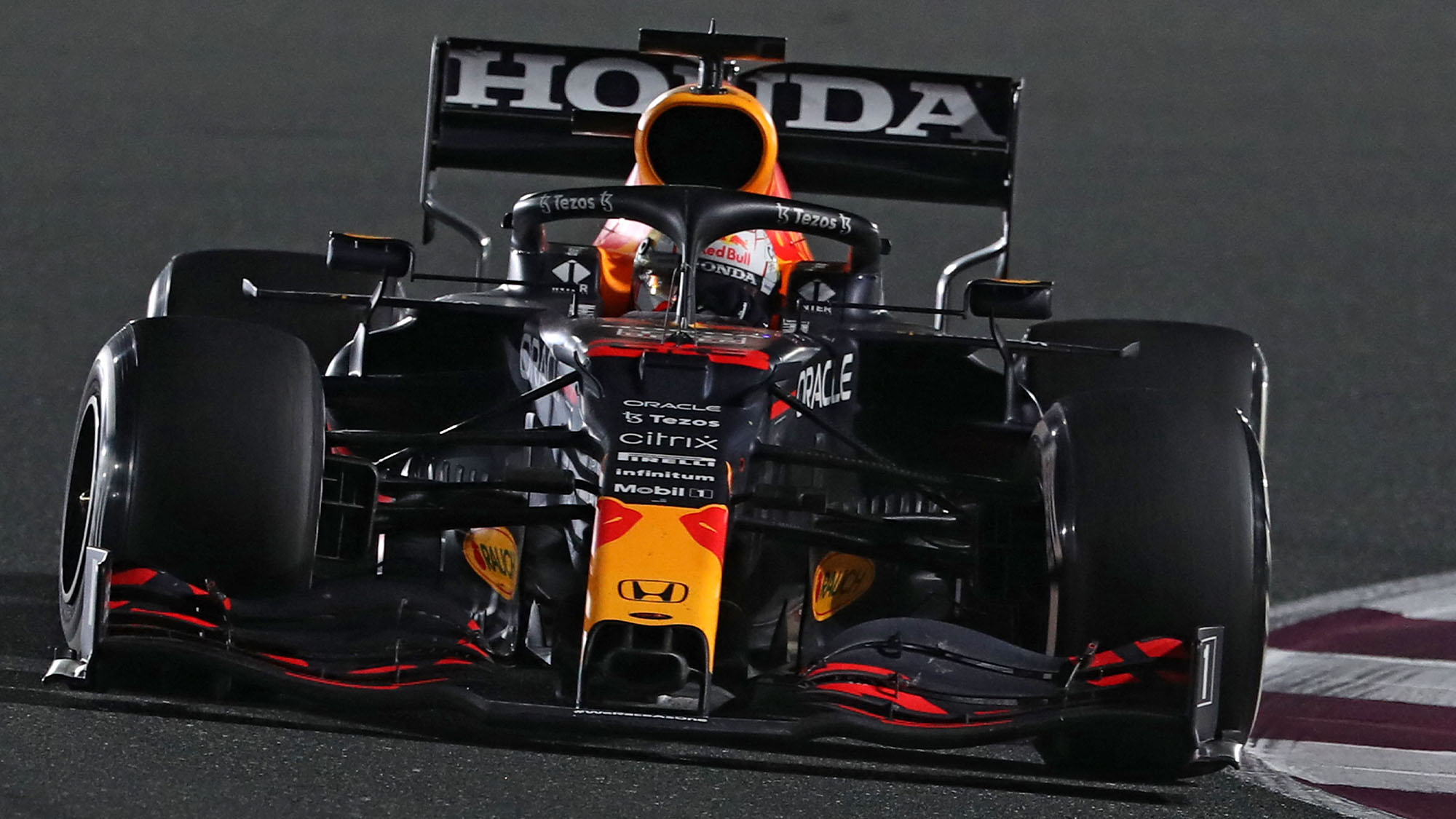 Verstappen was put back to seventh on the grid ultimately, but scythed back through the field to finish second

For the yellow flag incidents, Verstappen didn’t know where he was lining up until less than an hour before the pit lane opened, with the decision dropping while he was out on the driver parade. The same was true for Bottas, who then had his grid slot changed just as the pit lane opened after the FIA revised how it applied the penalties and demoted him a further place.

Which side of the grid a car starts on could impact the grip level they will get and therefore the way they want to approach their practice starts. Or they may have analysed the likely launches of cars around them based on past performance and their starting tyres, but those cars are then changed at the last second.

For Verstappen he dropped from second to seventh, so a number of the strategic options the team might have been working on overnight could well have gone out of the window and require a totally different set of simulations. Not ideal at the end of a brutal triple header.

Of course, the main solution for this sort of uncertainty is to not get yourself into trouble in the first place, but that’s not always possible. For Verstappen and Bottas it was clear they had not noticed the flags being shown by the marshal, rather than brazenly ignored the warning. But that’s no defence in such a situation, and rightly so, because drivers always need to be aware of the possibility of those kinds of signal.

The stewards had so much data, and over 16 hours to prepare all of the evidence before hearing from the drivers themselves, that they should have been clearing everything up far, far earlier.

But at the end of the day, the time being taken isn’t the most important thing. The stewards can take five minutes or five days to make a call. What is absolutely crucial is that they get the calls right.

It’s crunch time at the end of an epic, record-breaking season. Personnel have sacrificed so much to put on an incredible show this year, and the drivers have delivered on track. So it would be an absolute travesty if the wrong decisions were made as a result of wanting to get a call out quickly. Especially if those decisions have major ramifications. 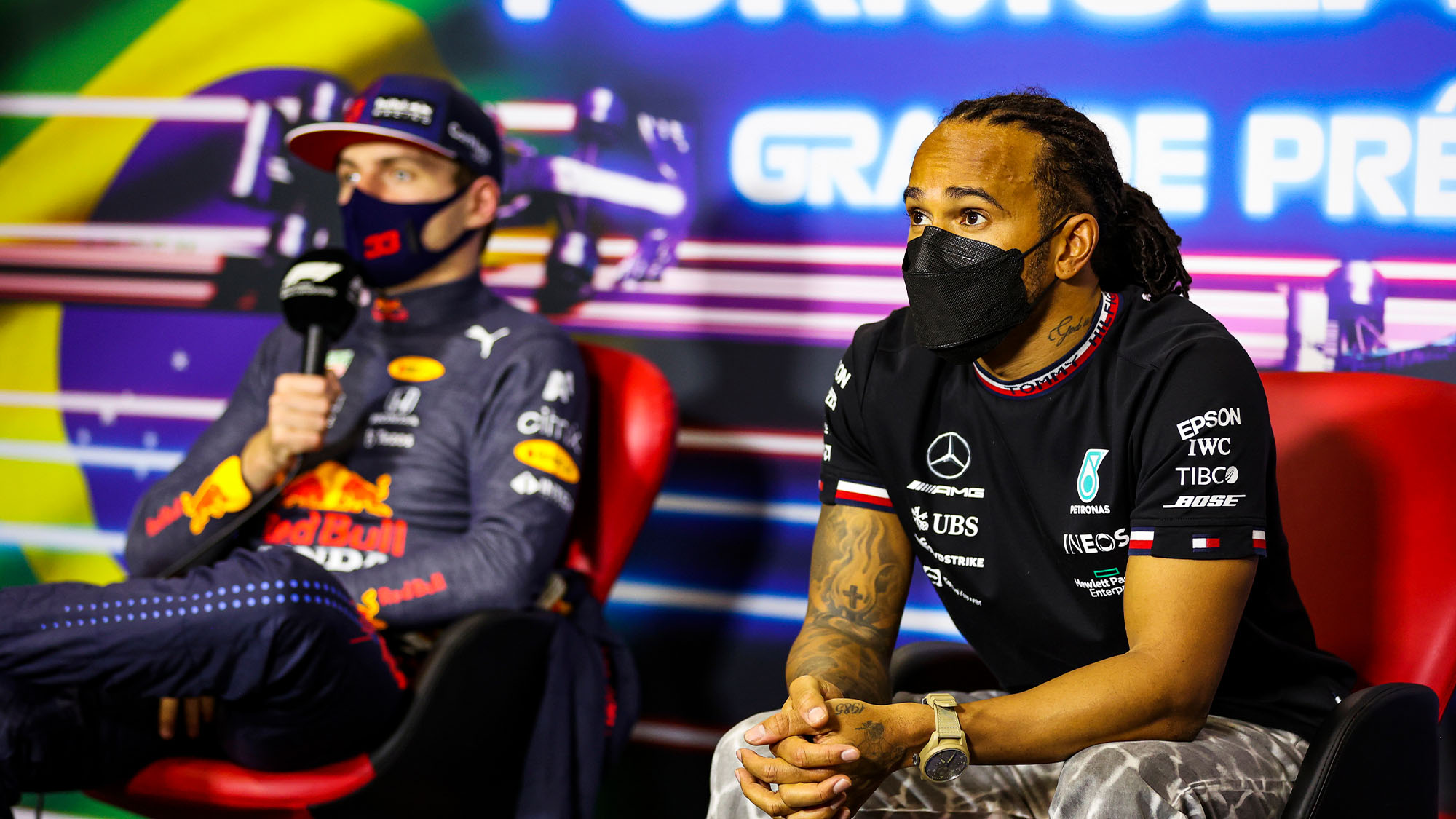 In the most intense of F1 title battles, correct decisions by the Stewards are imperative

For the few hours or days that teams and fans are being made to wait for a decision, it’s frustrating. But once the decision is reached, the majority (not all, but we haven’t got time for that right now…) are understood, if not agreed with.

If the stewards start bowing to the pressure that comes from a demand for quicker decisions, then mistakes are more likely to be made and something that could prove central to the outcome of the championship could be debated for weeks or even months after the season has ended.

That’s not what this season deserves, and not what anyone involved deserve either. So, stewards – take all the time in the world to make your decisions, just don’t get them wrong.