“And I’ve got to stop because I’ve got a lump in my throat…” The well of emotion was all too predictable from dear old Murray Walker as Damon Hill crossed the finish line at Suzuka, 25 years ago today, to achieve his life’s goal and become Formula 1 world champion. Out of context, for a commentator to falter at such a moment might seem a heady faux pas – and yet because it was Murray, and more specifically because it was about Damon, the line was just perfect, capturing a special moment that exists among the great TV sporting memories for those of us who witnessed it (and cared). In an echo of Harry Carpenter’s commentary on Frank Bruno vs Mike Tyson – “he’s hurt Tyson! Get in there, Frank!” – it was not only entirely forgivable, it was also endearing as a great broadcaster briefly broke through the fourth wall, lost his professional veneer and joined his audience in a shared moment. Great sport is centred on high emotion. Watching it back now, it still makes you tingle.

That moment also revives the sheer sense of relief and accomplishment most of us felt for a decent man we’d followed through so much; who’d risen to monumental heights, only to suffer so many times the slings and arrows of outrageous fortune. He’d done it, finally, and in style, with a serene lights-to-flag victory befitting of a true champion. Damon Hill always was a class act, with or without his world title. But from October 13 1996, he had something extra – and something that will stay with him for ever. As Patrick Head said to the BBC’s pitlane reporter Tony Jardine as Damon completed his victory lap that day, “he’s world champion now and nobody will ever take that from him.” 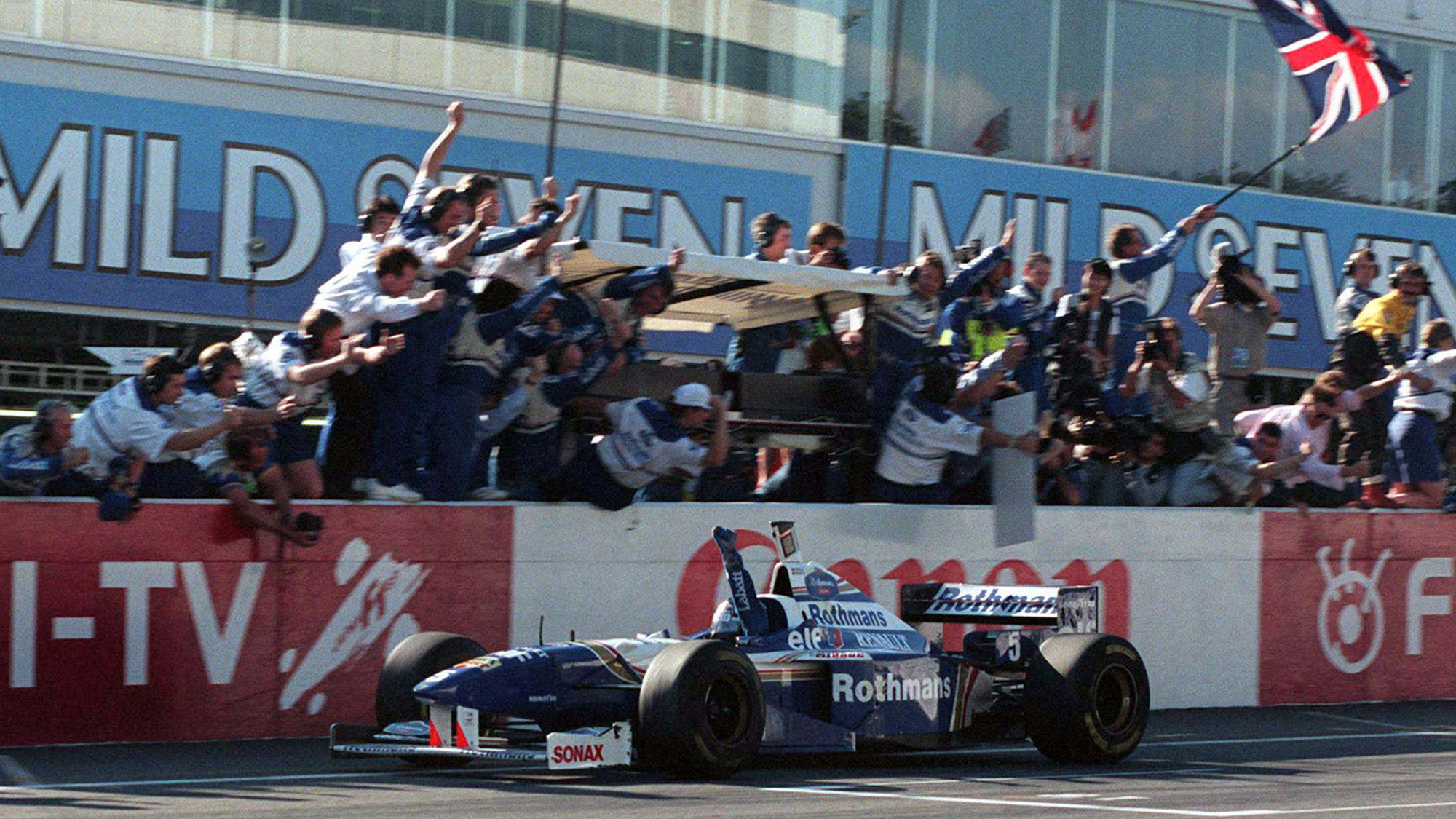 A quarter of a century later, Hill remains a fine ambassador for his sport, a thoughtful presence who, when he appears, brings an unmistakable, quiet and good humoured authority to Sky F1’s race coverage. All that pent up tension that kept both he and his adoring public so highly strung through his relatively short time in F1 is long gone. But it can never be forgotten, for his was a career of wondrous high drama.

So how do we regard him now as a world champion? On the face of it, he was driving, in the Williams-Renault FW18, one of the great F1 cars of any era, against a field that was robbed of a Michael Schumacher in an equally powered Benetton for one who faced a long, hard slog in a Ferrari F310 that was nowhere near good enough to allow him to defend his double titles of 1994 and ’95. There was nothing to stop Hill in ’96 , although rookie team-mate Jacques Villeneuve gave it a good go. The insouciant Canadian in the baggy overalls took the fight all the way to Suzuka as Damon made heavy weather of those final weeks.

Villeneuve started on pole in Japan, but Hill took the lead from the start and never looked back

At 36 – the same age as Lewis Hamilton today – Hill knew this was his last chance after the spiral of disaster 1995 had turned into. But after getting his head straight to win in Adelaide at the end of that season, he diligently worked over the winter to ensure he was in the best shape of his life when the new season began. The prep went far beyond the physical; just as importantly, he spent time with sports psychologist Mary Spillane to nail the mental fortitude he needed to achieve his goal. Back then, sports psychology might have been seen as an admission of weakness, a sign of self-doubt. Today, it’s accepted as simply good practice for any serious sports person.

“It’s a funny thing when top sports people go to see a sports psychologist,” Hill told Motor Sport recently. “What is incredible about people who are very good at what they do is how self-critical they are. They don’t doubt themselves, they always believe – but they want to know why something didn’t work, how can I get more? They are always looking to strengthen up their weak points. If you know you have a weak point you feel vulnerable and you want to fix it. I don’t think you can go into this with real doubts because otherwise you wouldn’t do it. What you’ve got is questions about how far you can go with what you’ve got, and with a bit more how much further could you go? You are looking for gains all the time, and I’m sure that goes for every driver. Today, they all believe they can be Lewis Hamilton, if they just have a little bit more of this, that or the other.” 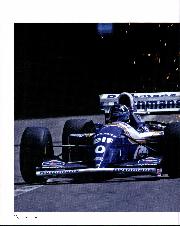 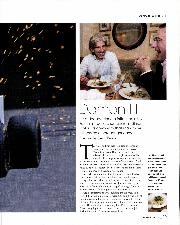 Ten years on from that cold, grey afternoon in Japan when he became Britain’s most recent World Champion, Damon Hill looks fit and relaxed. He smiles a lot, laughs at…

The bolstered confidence certainly worked for Hill in the first half of the season – although a serious wobble from mid-summer allowed Villeneuve to take the title to the wire. After a fantastic win at Estoril, probably Villeneuve’s best performance in an F1 car, he’d closed to within nine points of a jittery Hill as they headed to Japan. Damon wasn’t going to blow it, was he? No, as it happened. The emphatic way he clinched his title showed all of Hill’s best qualities and his significant depth of character – especially as he knew it would be his last time in a Williams. Like Nelson Piquet, Nigel Mansell and Alain Prost before him, Damon wouldn’t defend his title in a team that had never really found a driver it approved of more than Alan Jones, its first world champion from way back in 1980.

‘Has Hill been dumped?’ screamed Autosport’s front cover the week of the German GP. The writer who broke the story, Andrew Benson, was made to sweat but stood firm even when Damon threw him out of the Williams motorhome at Hockenheim – and between Spa and Monza, Hill discovered the story was true when Frank Williams called to tell him Heinz-Harald Frentzen would replace him for 1997. Rumours linking the German had swirled since the autumn of 1995, but Hill had always disregarded them. Exactly when Frentzen was signed remains disputed. It has been said the deal was completed during 1995 in the midst of Hill’s struggles against Schumacher’s Benetton. But if that’s the case why did Frank Williams entertain negotiations for a new deal with Hill during 1996? Those talks were not handled well from Hill’s side, as Head explains, and if Williams’s mind wasn’t already made up they appear to have contributed to the brutal final outcome. 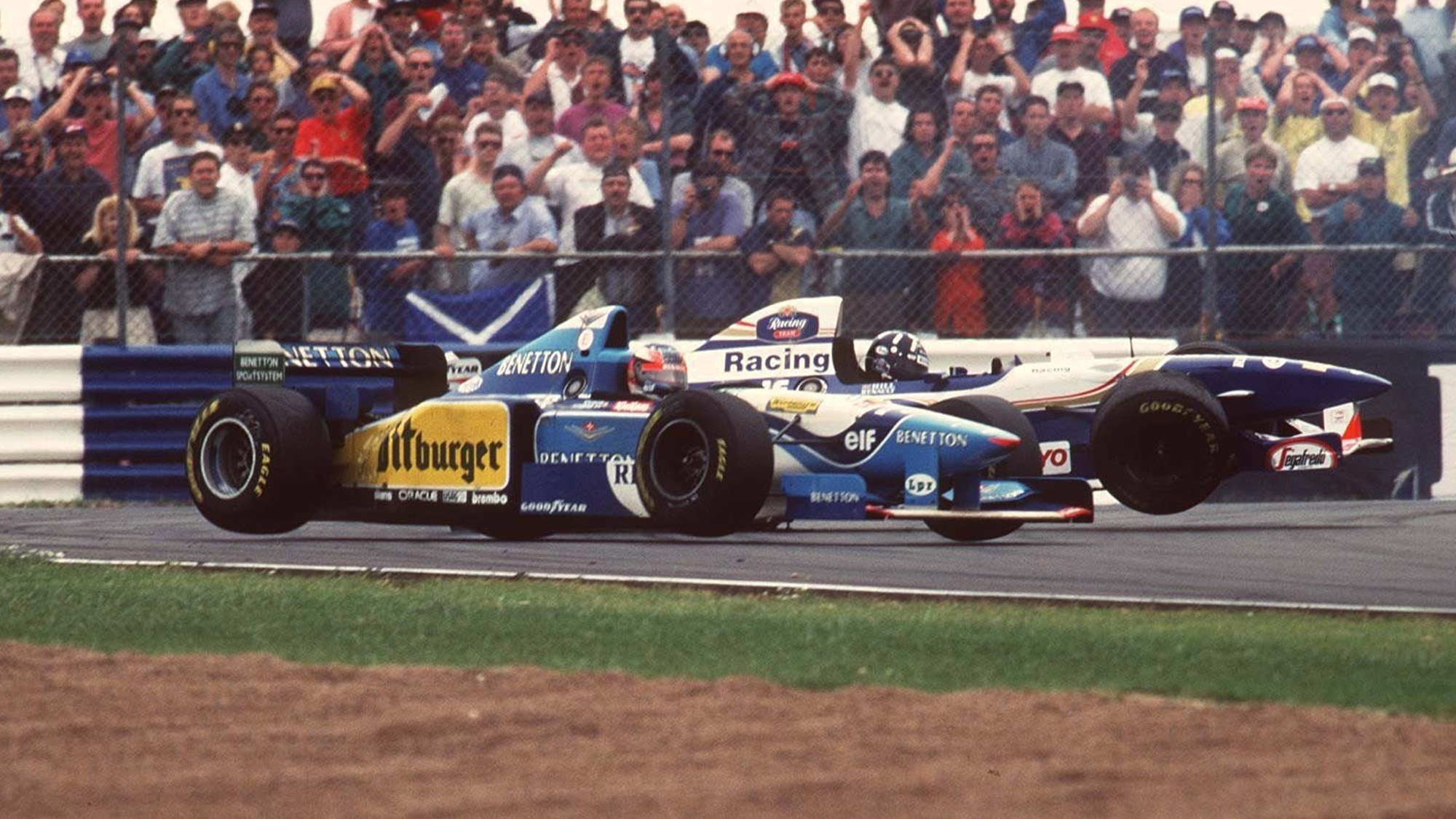 Schumacher and Hill clash at Silverstone in ’95. The Williams-Frentzen deal was said to have been done that year

“I cannot remember exactly when Heinz-Harald Frenzen was signed for 1997,” claims the legendary technical director and team co-founder. “Frank tended to regard drivers as his area of decision. Sometimes he discussed these matters with me, but mostly he dealt with drivers alone, and I was informed after his decision and action.

“Damon did not help himself by distancing himself from dealing with Frank directly, and sending in his manager Michael Breen, who put his briefcase on Frank’s desk, told Frank that many teams were chasing Damon, and that ‘they’ (presumably Damon and he) would start talking to Frank on offers above $15m.

“Since Damon had no drive at all when we engaged him as a test driver for the active ride project in 1992, and had later negotiated a contract with him for $5m, Frank thought that this demand was ‘a bit rich’. Since we were a private team, with no manufacturer backing as far as driver salaries went, it was way more that we could afford.

“I remember that I tapped on the door and walked into Frank’s office when the conversation with Michael Breen was going on, and there was a long silence from Frank. Then he said to Michael, quietly: ‘Would you please take your briefcase off my desk, you know your way out, I suggest you go and talk to these other teams. If you should choose to come back, willing to negotiate a lower sum, my door will be open.’ At that Michael left.” 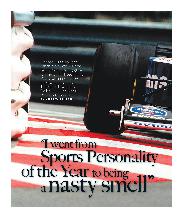 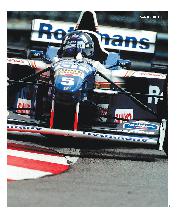 When Damon Hill left Williams: "I went from Sports Personality of the year to being a nasty smell."

This is the story of how Damon Hill came to lose his drive and win the World Championship at the same time. It is about the disintegration of a professional relationship,…

Hill clearly hadn’t helped himself – but did he really deserve to be pitched? Hindsight is a wonder, but it’s easy to forget how highly Frentzen was rated at the time, as a former Mercedes Group C stablemate of Schumacher’s who seemingly just needed a competitive F1 drive to fly. The clangers of 1995, the botched contract negotiations and a nagging feeling that Williams never entirely believed in Hill as a team leader all amounted to an outcome Damon didn’t deserve. Adrian Newey certainly agreed with that. Already frustrated that Frank and Patrick kept him at arm’s length from a greater role in plotting the team’s direction, Hill’s sacking angered the brilliant aerodynamicist who rated and respected Damon – and directly triggered his move to McLaren the following year. Had Hill been retained and Newey stayed, how might Williams history have differed during the subsequent BMW era? As it was, the team never won another world title after 1997.

So yes, Hill had the quickest car and his main barrier to a championship, Schumacher, effectively removed himself from contention by joining a still fragile Ferrari. But the resilience Damon showed in those final weeks and the manner of his Suzuka clincher, not to forget the accumulative aspects of his late introduction to four-wheeled motor sport, a tough rise through the junior ranks, the way he grabbed with both hands his big break in 1993 and how he handled the immense pressure of 1994 in the wake of Ayrton Senna’s death… he absolutely was a fine and deserving world champion. Twenty-five years on, that 1996 vintage just grows richer with every passing year. Happy silver anniversary, Damon. 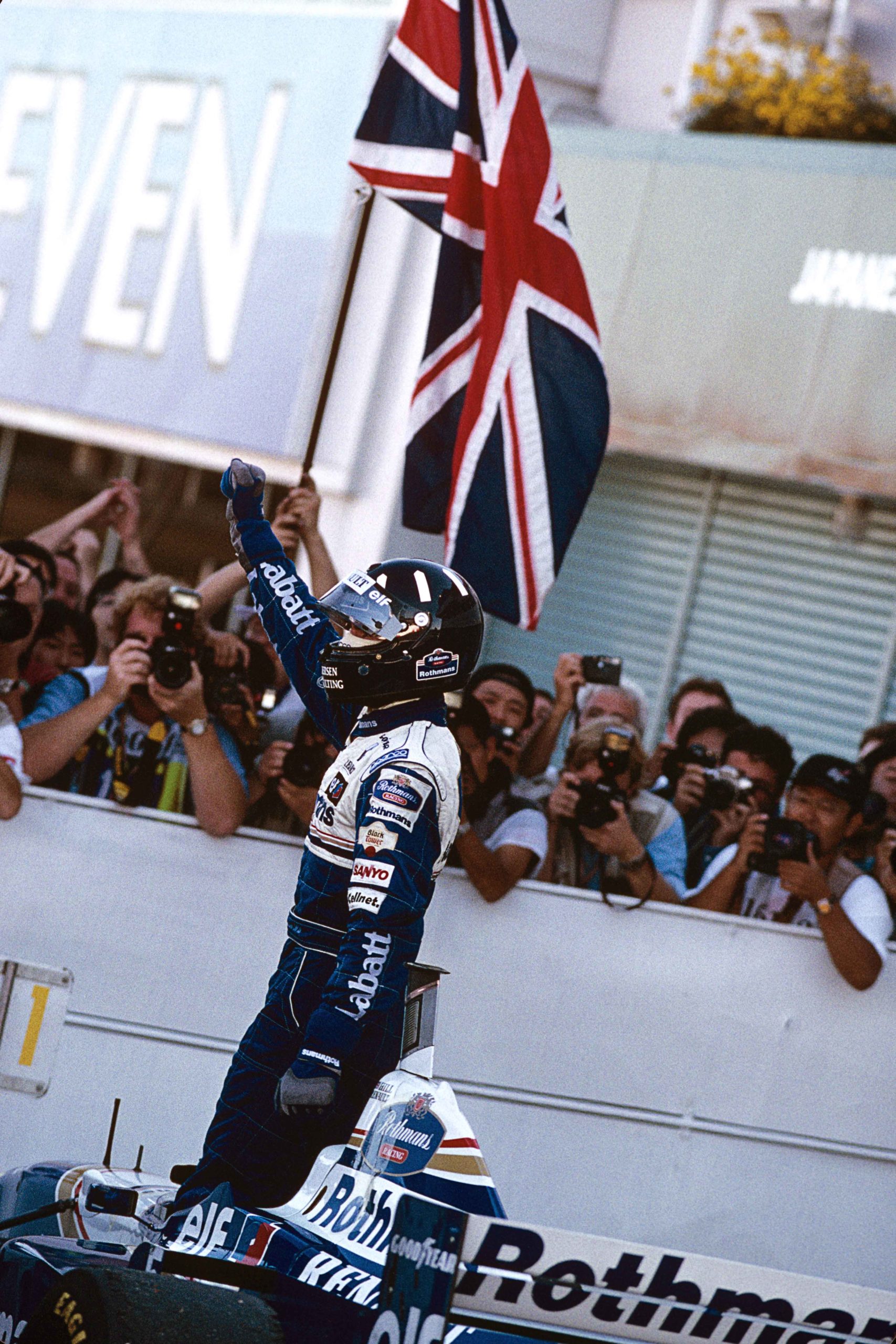