Celebrate the unique career of Sir Stirling Moss with a commemorative Motor Sport tribute edition: ‘If It Had Wheels, He’d Race It’ 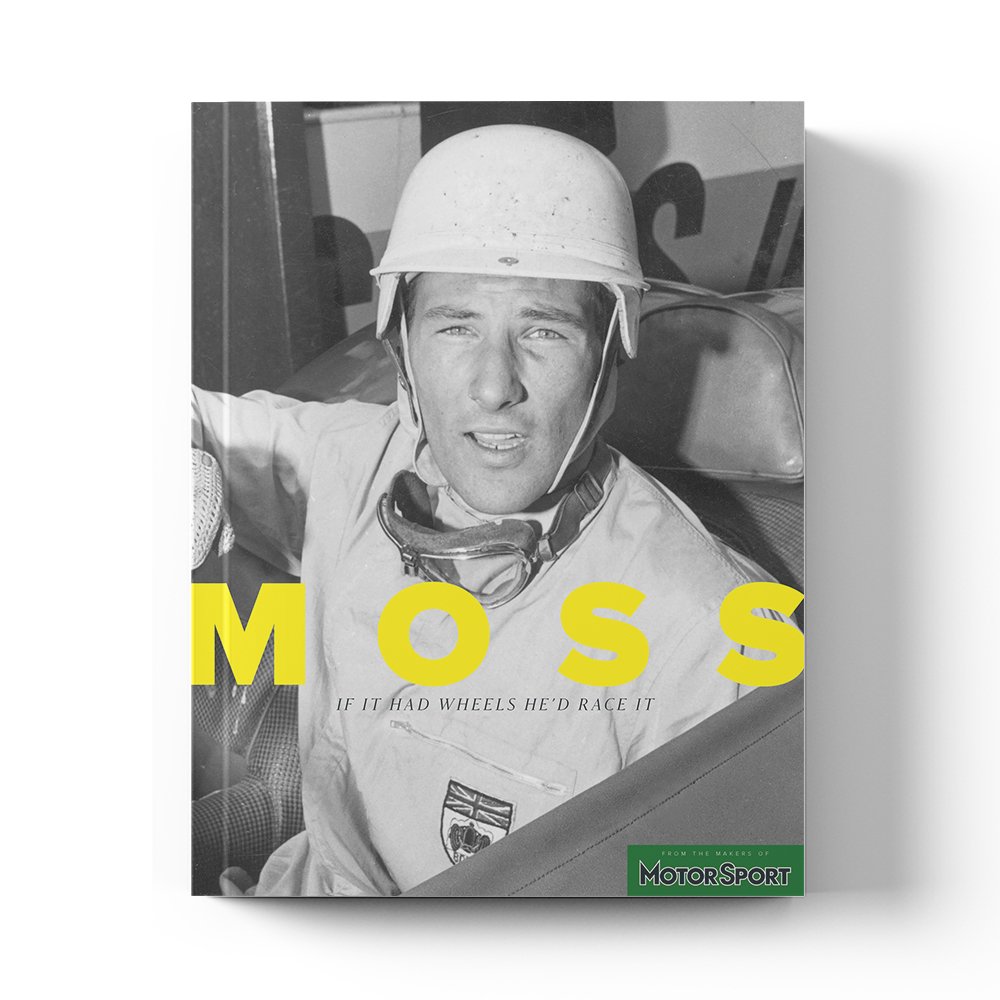 The Special Edition features forewords from Lady Susie Moss and British Racing Drivers’ Club president David Coulthard, and traces Moss’s career through the cars he drove and races he won, with rare and previously unseen images, as well as original reports from the Motor Sport Archive.

This limited-edition, high-quality print publication is available now for delivery. An interactive digital edition will be ready to download from Tuesday, 10th November.

Over 132 pages, we showcase the different classes and disciplines in which Moss excelled, illustrated at every stage with large-scale, original photography. They are divided into key areas:

Stirling Moss had not driven a Formula 1 car for 58 years at the time of his death, and yet the memory of his grand prix drives continue to shine brightly. Driving for Mercedes, alongside Juan Manuel Fangio, Moss was the first Briton to win a World Championship GP at Aintree in 1955 and then, two years later at the same circuit, the first to do so in a British car shared with Tony Brooks.

The report of that 1957 race, by Denis Jenkinson, is reproduced in full detail, along with photographs victories and great drives, including the famous Monaco win for Lotus in 1961; his first championship points at Spa in his Maserati 250F, and the 1958 victory in Casablanca that would have won him the title, had Mike Hawthorn not finished second. 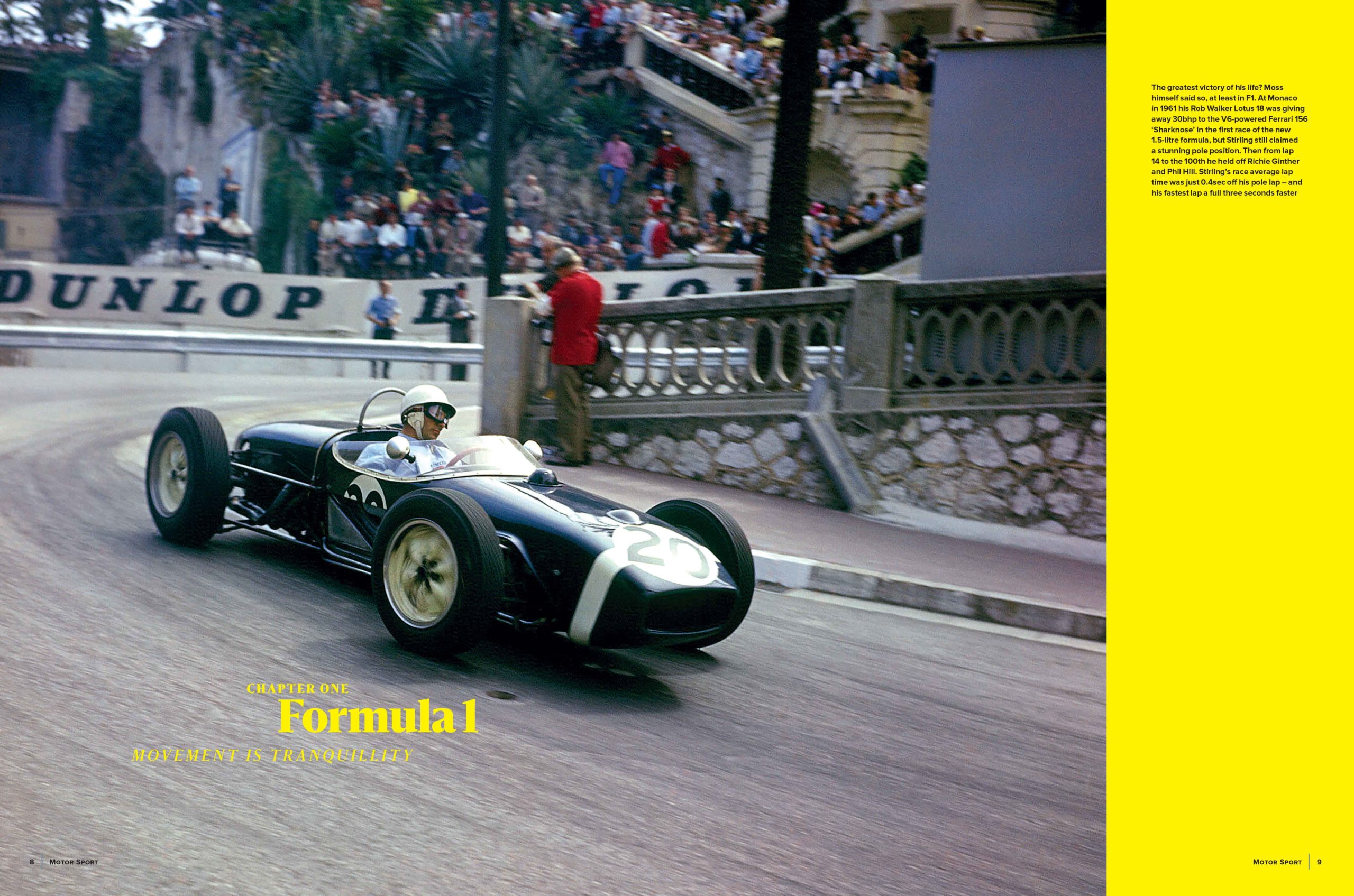 A young Moss honed his racing skills in single-seaters, racing 500cc bike-engined Formula 3 cars in his formative years and beyond. While battling for Formula 1 titles, he filled his weekend with Formula 2 and non-championship races.

Read the contemporary report from the opening of Aintree race track in 1954 where Stirling Moss impressed with a display of virtuosity in a variety of machinery.

Moss’s seven Tourist Trophy victories lead the glittering accolades that underline Moss’s talent across disciplines. He won at Sebring, the Nürburgring, Monza and Silverstone, often against the odds. He was the force behind Aston Martin’s successful 1959 World Sportscar Championship campaign and registered the first international win for a disc-braked car at Reims.

Driving alongside Jack Brabham, Moss drive the Aston Martin DBR1 to a first-place finish at the Nürburgring 1000Kms. Read the report by Denis Jenkinson in the special issue. 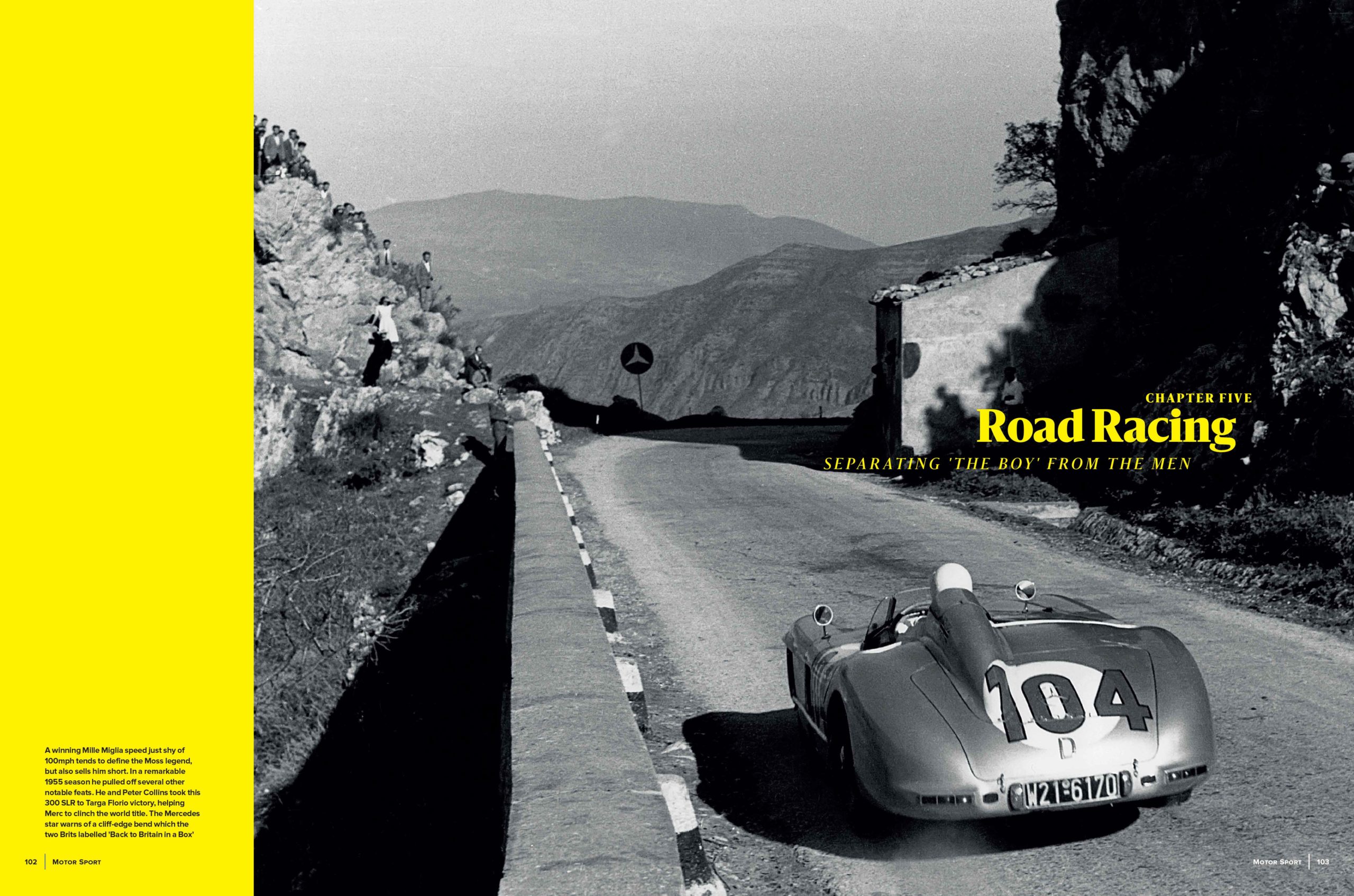 Few drivers would consider the Monte Carlo Rally as a side project, but it was for Moss at the start of his 1952 season. He missed out on victory by only four seconds. That year also bought trials competition and a week of speeding round Montlhéry as part of a team that drove a Jaguar XK120 at an average speed of 100mph for seven days and seven nights.

We reproduce the original Motor Sport report from that record run, along with images of the MG EX81 in which he set more speed records at Bonneville.

Moss’s 1955 Mille Miglia victory, achieved at an average speed of 99mph stands as one of the towering achievements of his career but shouldn’t overshadow Moss’s other triumphs in this category.

As well as a series of pictures from his most famous win, we include photographs from his Targa Florio races and the Motor Sport report from the gruelling 1957 Pescara road race.

Moss: If It Had Wheels, He’d Race it is available from the Motor Sport shop in print and as a digital download, featuring additional multimedia content, for a richer, more immersive experience.