Responsible for the introduction of the coke-bottle bodywork shape of modern F1 cars, the first carbon-fibre composite chassis and semi-automatic gearbox, John Barnard’s impact on the sport was revolutionary.

In the 1970s, Barnard spent time as a junior engineer at Lola Cars before joining McLaren in 1973 in Formula 1 and later Parnelli in 1975

Another change in 1979 had him involved with the Chaparral Racing team, where he designed the 2K chassis with which Johnny Rutherford won the Indy 500 and CART title a year later.

Ron Dennis brought him back for a second stint with McLaren that carried on into the mid 1980s.  The team took 31 race victories with cars he designed during this period.

Barnard left the team and went on to join Ferrari at the end of 1986 and it was while he was at the Prancing Horse that he introduced the semi-automatic gearbox. It was quickly adopted by rivals up and down the grid.

He went on to have further stints at Benetton, Ferrari once more and Arrows and Prost as a technical consultant.

Motor Sport will be speaking with Barnard who will feature as a future guest in a new podcast series. Leave any questions you have for him below in the comments. 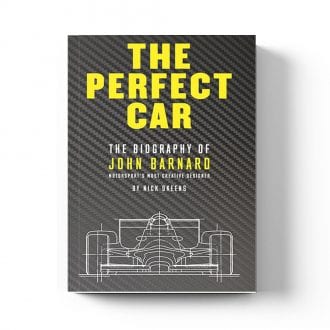