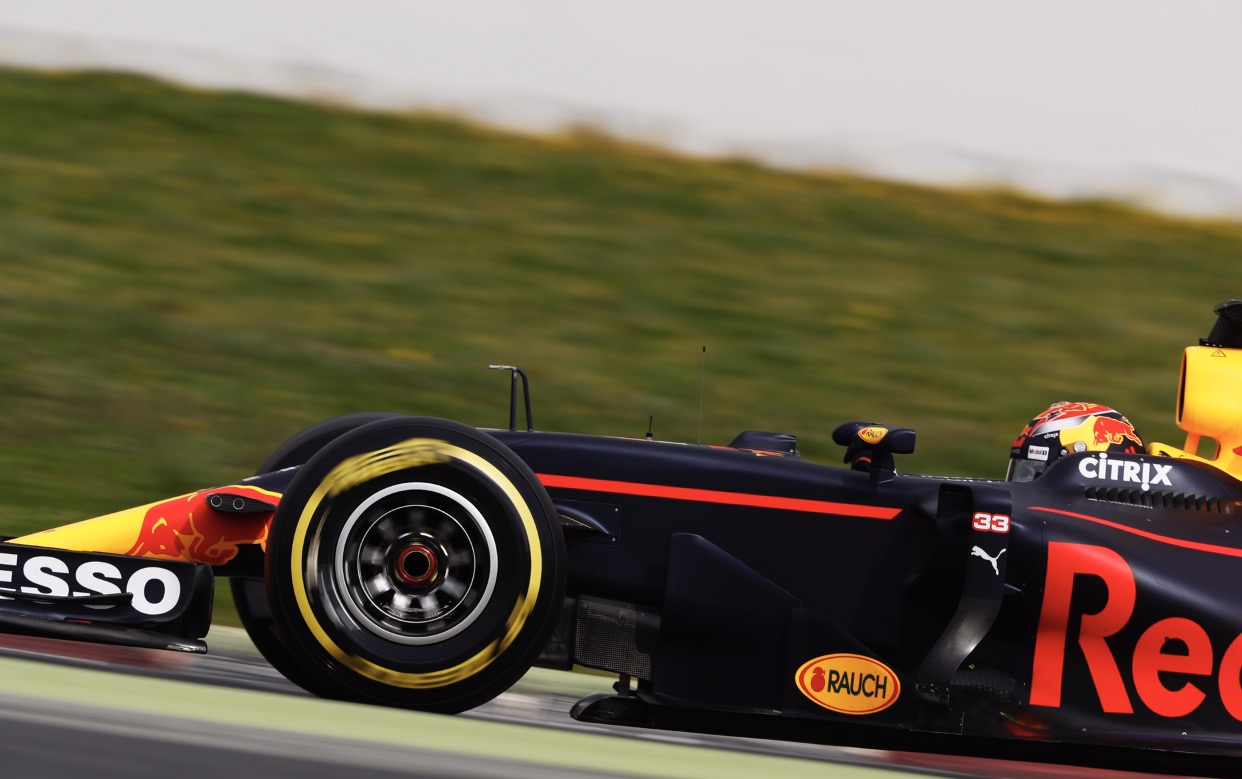 Speculation continues to rage about the legality or otherwise of the traits of the hydraulically-aided suspension heave damper systems used by both Mercedes and Red Bull. Following a query a few weeks ago from Ferrari, Charlie Whiting gave an opinion that the system as outlined by Ferrari – which seemed to be a description of the system it believed Red Bull was using – would contravene the regulations. On Friday of last week he issued a technical directive clarifying what would be permissible and what would not be.

His directive outlined how the FIA would assess the legality of such systems, within the guiding principle that any suspension effects that benefit the car’s aerodynamics must be incidental to the main purpose of the suspension.

1) Any system that changes its behaviour in response to accelerations of the car in any direction (including vertical and lateral) would not be considered permissible.

2) There can be no direct coupling between the ride height function of the suspension and the braking or steering of the car.

4) Storing of energy by any means for later deployment would not be permitted. There is energy store in any damper, spring or a tyre but to store that (as a hydraulically-controlled damper could be made to do) would not be allowed.

5) There cannot be any direct coupling between the heave (vertical force) and roll elements of the suspension.

It would in theory be possible to design the hydraulics in such a way to have the car lower under braking and remain low through the corner through asymmetric valving – ie the heave damper could instantly collapse and only re-pressure itself slowly. This way the car could have a lower ride height than would be feasible otherwise. The downforce increases dramatically in the final part of ride height reduction but there is a practical limit to this as the static ride height must be big enough that the underside of the car doesn’t get ground into the track as speeds rise down the straight and the increasing downforce from the wings and underfloor press the car down further.

Such systems – especially if the rear was also hydraulically controlled – would make it more feasible to have the rear ride height reduce at a set speed by enough to stall the floor’s diffuser, in turn disrupting the flow to the monkey seat and thence the underside of the main wing. This would reduce drag to boost straightline speeds, clearly an aerodynamic effect.

Although asymmetric suspension behaviour could be engineered by mechanical – rather than hydraulic – systems, they would be unfeasibly bulky for an F1 car’s packaging. Hence the natural suspicion with any hydraulic system is that it is there so as to allow asymmetric behaviour – ie with valving that allows the ride height to lower more quickly than it rises again.

Teams must demonstrate to the FIA, if requested to do so, that their cars meet the technical directives. Red Bull’s Christian Horner repeated in Barcelona testing yesterday that he believed the RB13 meets the requirement of the regulations.