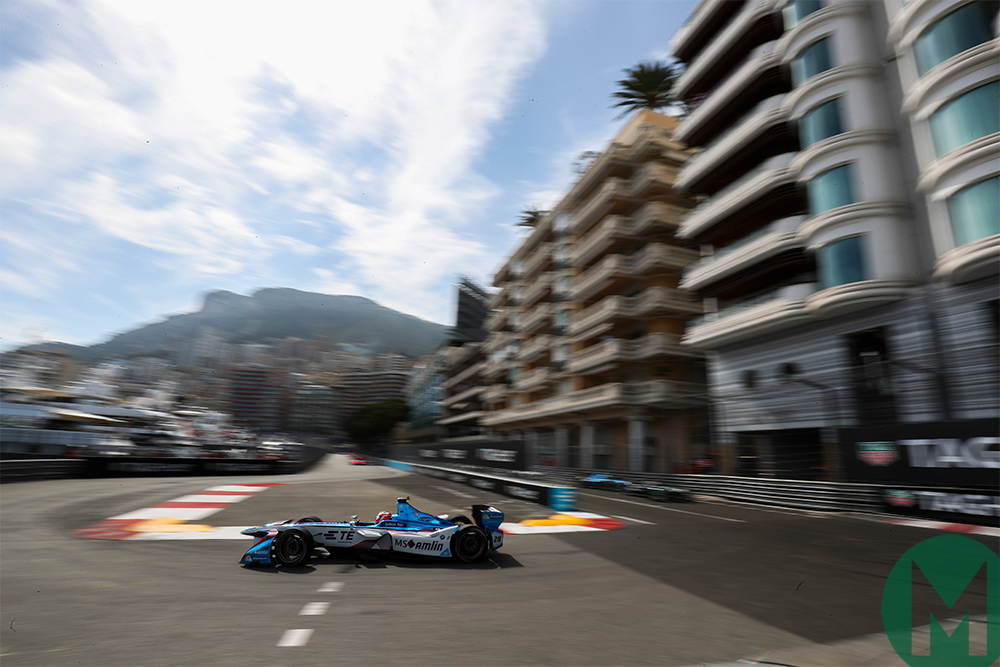 With roots in old-school engineering and more than its fair share of experienced racers pulling the strings, that image can quickly be cast aside.

While there are plenty of bright young things plying their craft into making FE cars go that little bit further on limited energy, they work closely with those that have seen action in plenty of well-worn, grimy paddocks from the previous century.

Links to some of the main players in FE form a maze-like trail around the employment history of those in single-seater racing. This is particularly evident between the Renault e.dams, Audi Sport ABT Schaeffler and Venturi teams.

Just over 25 years ago, in the ambitious world of the FIA European Formula 3000 Championship, four individuals from these three current FE teams worked together, for the same team.

While Gaillardot focused on Érik Comas, with whom he had arrived at the team after French F3 success in 1988, Eeckelaert became Laurent Aïello’s engineer a few years later with the ill-fated Lola T91/50. Yet together they worked, under the same hotbed of talent that Driot assembled at the end of the 1980s with the then freshly retired Formula 1 firebrand René Arnoux.

Twenty-seven years on and McNish sits across the table from Driot at Formula E meetings as an equal team principal.

The drivers that have passed through DAMS’ doors are well known. As well as Comas and McNish there were Jean-Marc Gounon, Olivier Panis, Jean-Christophe Boullion, Sebastien Bourdais, Kazuki Nakajima, Romain Grosjean and Toro Rosso’s Pierre Gasly.

Less well known are those in the background, such as ACO Sporting boss Vincent Beaumesnil and McLaren racing director, Éric Boullier. They both cut their racing teeth with DAMS in single-seater and sports car racing from the late 1990s.

An additional branch sprouts from this family tree within the FE paddock as Andretti team manager Rob Arnott was the man in charge of team operations at DAMS through much of its Formula 3000 success in the 1990s.

Now, McNish, Driot, Gaillardot, Eeckelaert and Arnott are all in the current maelstrom of EV engineering and competition. If you believe the hype – and so far it has been maintained and in fact exceeded – then Formula E is the most crucial and future orientated strand of racing.

Yet FE’s technical roots lie in F1’s changes over the past 10 years. “Formula 1 was quite advanced in the last decade,”  said Gaillardot at the recent FE test at Valencia. “When I saw the rules from the FIA allowing a KERS system [in 2007], which was then banned for one year following its return in 2009, I was excited,”.

“Already, there was some activity here within Renault, but it was still a very small department so I think that we just realised at that time that [KERS] would start to be quite an important topic for the future and that is when we decided to improve our competency.

“When everybody saw that electric vehicles would be the future, they started to move in the direction of hybrid power at the end of 2014.

“But even in 2012, we started to realise that we should start to have a map and development so that we would be on top of this technology for the future; hybrid power was relevant for the future road car.”

The links quickly formed between e.DAMS and the Renault Formula 1 project, with Alain Prost a key figure. Gaillardot and Prost first worked together in 1993, when Vincent was Damon Hill’s engineer. “There was always an underlying link between DAMS and Renault, mainly through Prost and the parameters of Formula E, because it is not only the electrical powertrain that links them but the control part of the gearbox and some chassis items,” continued Gaillardot.

“I came back to supervise this project in Viry-Châtillon as I was leading the R&D activity there. For me, it was a good opportunity to combine all the values and experience I had from the past and put me back on a project with Driot and Prost.”

The complexity of hybrid and electrical engineering has seen headcounts expand massively as Gaillardot describes: “If I remember when I arrived in F1 in 1990 in Viry it was at the beginning of the new engine development structure and we had 70-80 people on it. Now we have around 400 on the hybrid engine.”

Gaillardot and his Viry-Châtillon-honed squad change again after the news earlier this week that Renault’s sister-brand Nissan will now spearhead the Formula E effort.

In motor sport, nothing stays the same for long, but the changes usually come full-circle at some stage.

“When I was 12 or 14 I was already looking to racing and with my parents, I was living only about 10 miles away from Viry-Châtillon,” recalls Gaillardot.

“Every time we passed it on the motorway I said that I wanted to work there. I guess the early dreams are where it all starts for us old guys!”