Things got a little heated in Jeddah last Sunday, didn’t they?

Finally with a fully competitive car this year, Max Verstappen’s energy has blown an excitement into the season that just wasn’t there before. The way he pushes things to the limit, the fearless way he challenges, the straightforward simplicity of a mind-blowing talent just let loose in a competitive car. In the way he has challenged the years-long domination of Lewis Hamilton this season and the different role that has placed Hamilton in has been truly fascinating to observe and monitor. This is, without a shadow of doubt, one of the greatest seasons F1 has ever delivered.

Verstappen’s refusal to back down in any situation has been very much part of that dynamic, as has Hamilton’s strategic variation in how he’s responded to that – sometimes meeting it with the same stubborn intransigence (see Silverstone, Monza), other times just trying not to get a wing or barge board damaged and living to fight another corner.

But with the possibility of sealing the title one race short of the finale if neither of them finished, Verstappen in Jeddah took things to a new level. As pointed out in the race analysis here on Monday, that was at least partially down to the lack of official censure of his Turn 4 Brazil move three weeks earlier. Running so hard and late into a corner from the inside that you run off track, but take the guy trying to pass on the outside with you was, according to that precedent, ok. 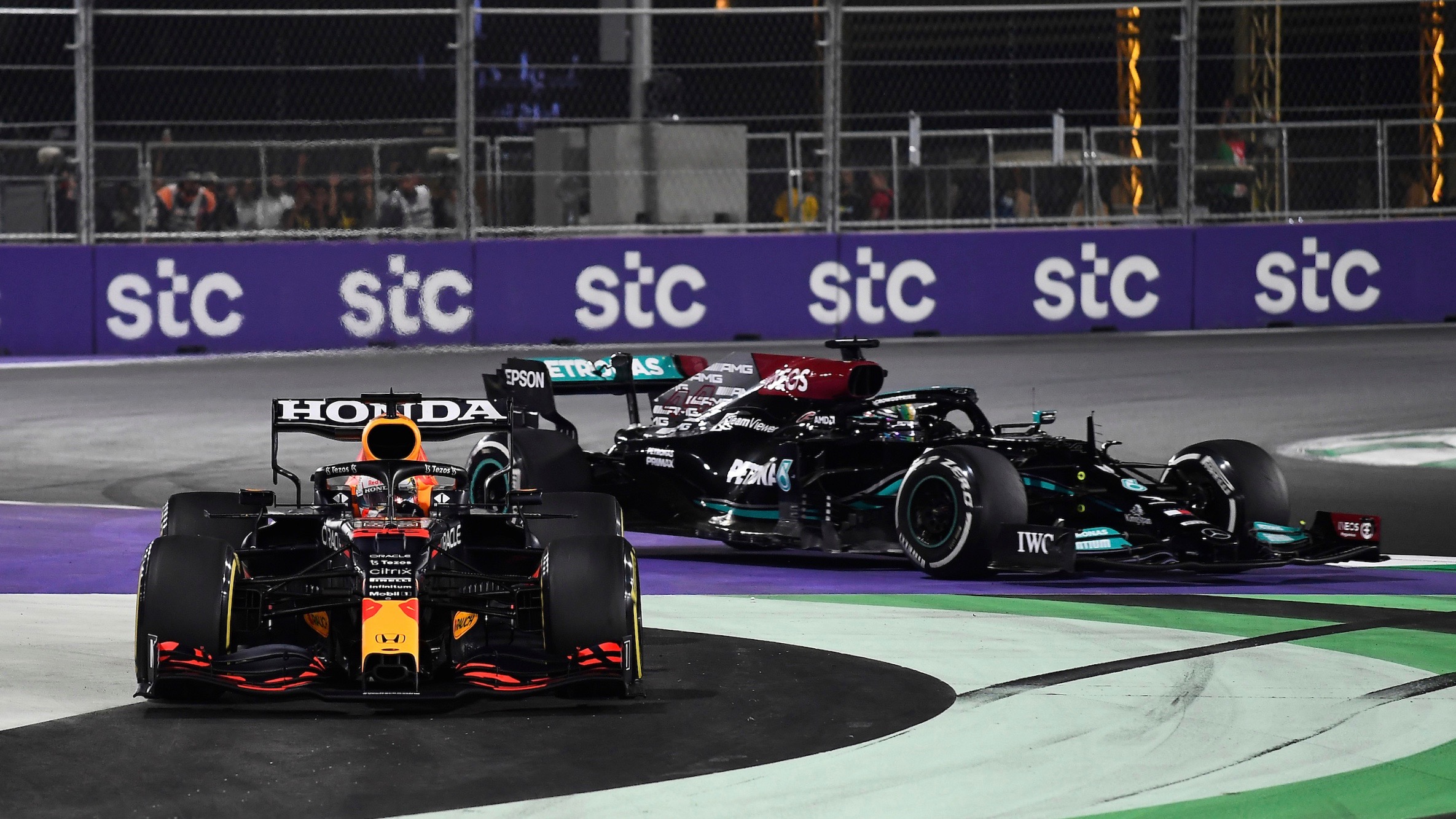 So that’s what he did on lap 37 at Turn 1 Jeddah. It cost him a 5sec penalty on this occasion. “Why was it ok in Brazil, but I get a penalty here?” he quite reasonably asked. The answer ultimately is that it wasn’t ok in Brazil but the race director chose not to pass that incident over to the stewards – and thereby gave himself a headache in this tense championship run-in. Taken to its logical conclusion if Brazil T4 was ok, then once every driver has adapted to that etiquette, every overtaking attempt will likely result in an accident. The whole thing descends into farce. Hamilton’s championship position, as the man behind on points, meant he had to avoid the collision in Brazil. Just as he had to twice at Turn 1 in Jeddah. That’s without even getting into what was going on before the DRS line when they actually did collide.

In Jeddah Verstappen was, at the very least, incorporating his points advantage into the risk assessment of his moves – ie if there was contact and neither finished, he would still hold his eight-point lead going into the final. Which would make it exceptionally difficult for Hamilton to win. 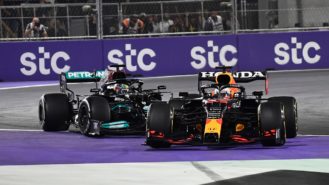 Have stewards put Verstappen and Hamilton on a collision course?

Max Verstappen and Lewis Hamilton head into Abu Dhabi amid grey rules, Chris Medland asks whether it's too late to prevent a title-deciding crash

It didn’t happen that way of course but even though they enter the finale equal on points, in the event of them both non-finishing Verstappen would take the title courtesy of nine wins versus Hamilton’s eight. It’s a points situation carrying implicit menace.

So ahead of the weekend, race director Michael Masi’s notes contain the following: “Any infringement of the principles of fairness in competition, behaviour in an unsportsmanlike manner or attempt to influence the result of a competition in a way that is contrary to sporting ethics” could be punished.

And furthermore, “For all the FIA Championships, cups, challenges, trophies or series, the stewards may also decide to impose the following penalties: Suspension for one or more competitions, withdrawal of points for the championship, cup, challenge, trophy, series.”

Carlos Sainz summed the situation up best yesterday. After bemoaning how the fans are so polarised and how that is spoiling for him this phenomenal contest, he said: “I just hope they can keep it clean this weekend, give us a good showdown for the image of the sport more than anything else, for the benefit of Formula 1, that we are still a sport, not just a show – and show good sportsmanship in the grand finale.”

The Singapore Grand Prix will remain on the Formula 1 calendar for at least another seven years, after organisers signed a contract extension to host the race until 2028. New…

Ferrari turns down Todt reunion despite F1 title-winning past - MPH