In a sport that prioritises the money over imagination, Formula 1 liveries can be a little stale as corporate requirements stifle creativity year after year.

Sometimes though, the design departments get a little outside-the-box with their thinking and win over the money minds to create memorable designs that replace the standard sponsor-filled liveries.

As Red Bull and AlphaTauri pay tribute to out-going power unit provider Honda this weekend with a special tribute livery, we thought we’d take a look at some of the other specials to appear at a Grand Prix weekend over the years.

Whether it be a sponsor-led affair or anniversary celebration, there have been more tributes and special designs in recent years than you might remember, and plenty of weird efforts. 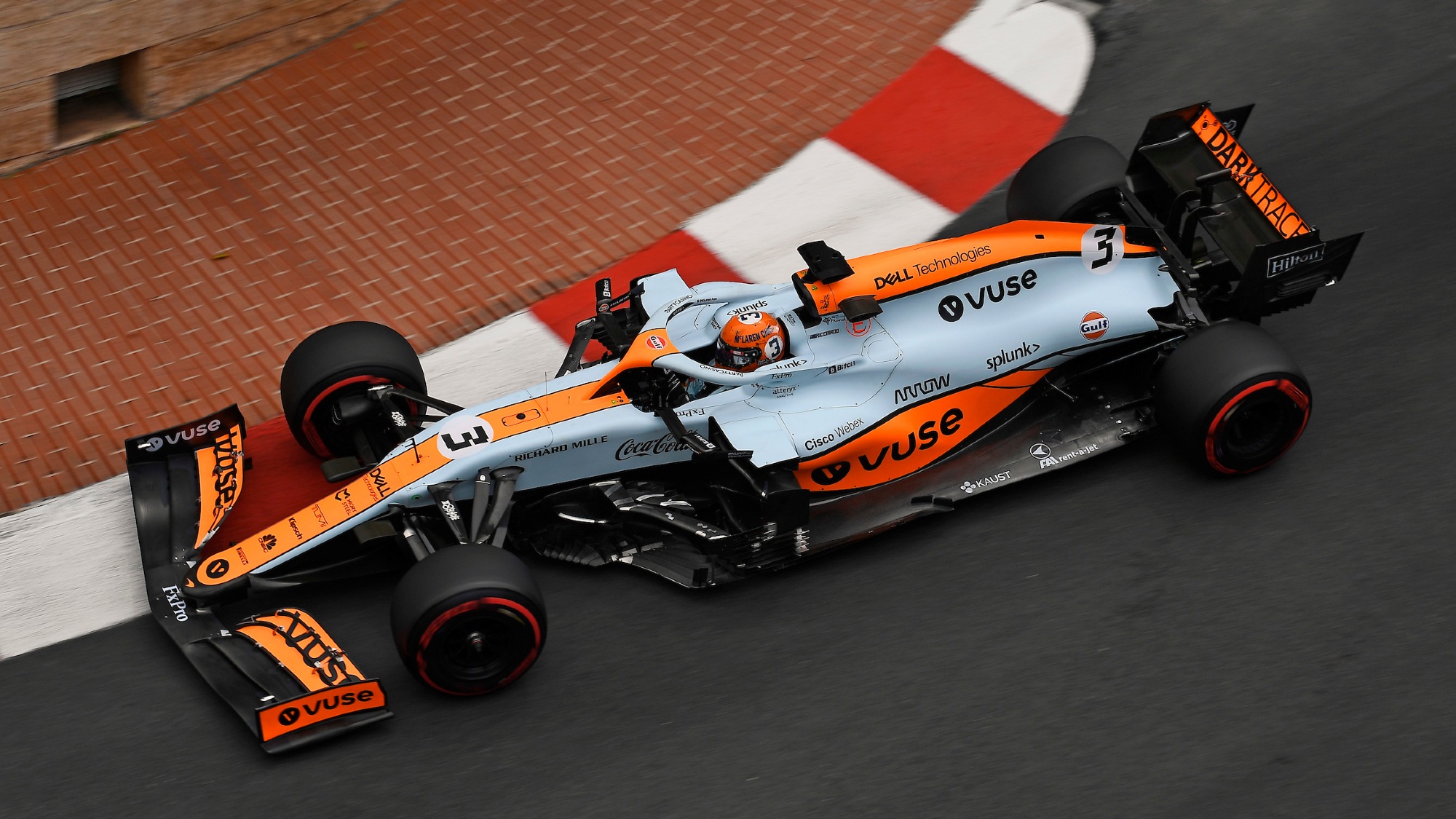 We’ll start with one of the finer efforts from a Formula 1 team. The tie up between Gulf and McLaren set imaginations racing with a possible design using the iconic blue and orange and fans were in for a treat.

While the current F1 cars aren’t the prettiest in history, the 2021 Monaco Grand Prix ‘throwback’ effort from Woking made for one of the best-looking cars in recent years.

McLaren has since reverted to its papaya orange used by the team back in its early years before the Marlboro and Ron Dennis era, but the Gulf design is arguably the best look the team has had since the 80s. 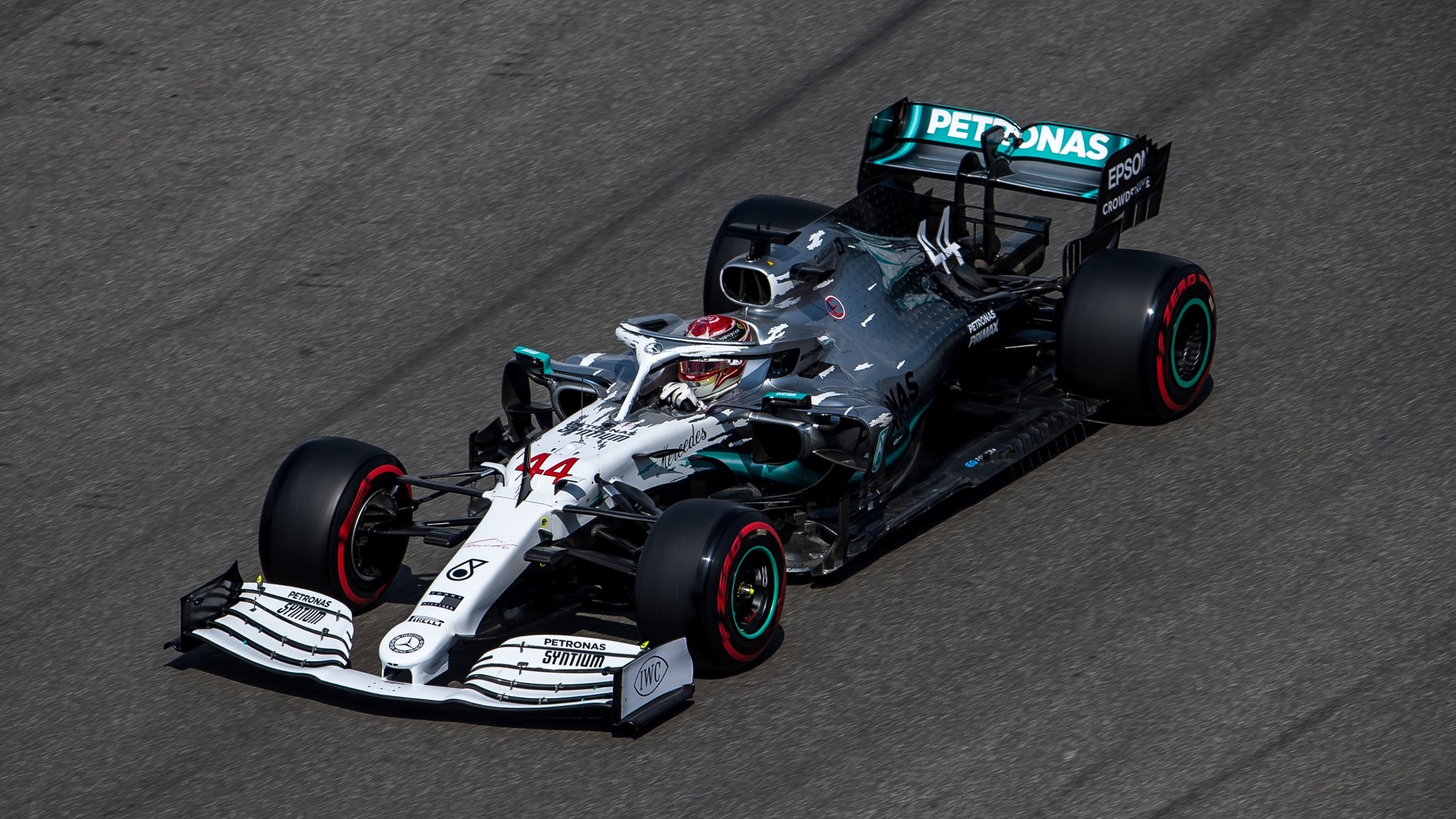 Mercedes had a nightmare at home back in 2019

This ill-fated effort from Mercedes is only remembered for the ensuing chaos it seemed to bring for the team rather than for its actual appearance.

Ahead of the 2019 German Grand Prix, Mercedes announced it would be celebrating the manufacturer’s 125 years of motor sport activity and would run a special livery throwing back to when the Silver Arrows ran white cars.

On race day, the team entered the paddock in period dress code, complete with flat caps and overalls and the mood was buoyant after qualifying first and third. Fast forward a few hours and the mood was somewhat different. Lewis Hamilton ended ninth and Valtteri Bottas crashed out. Toto Wolff vowed there would be no more special liveries for Mercedes afterwards. 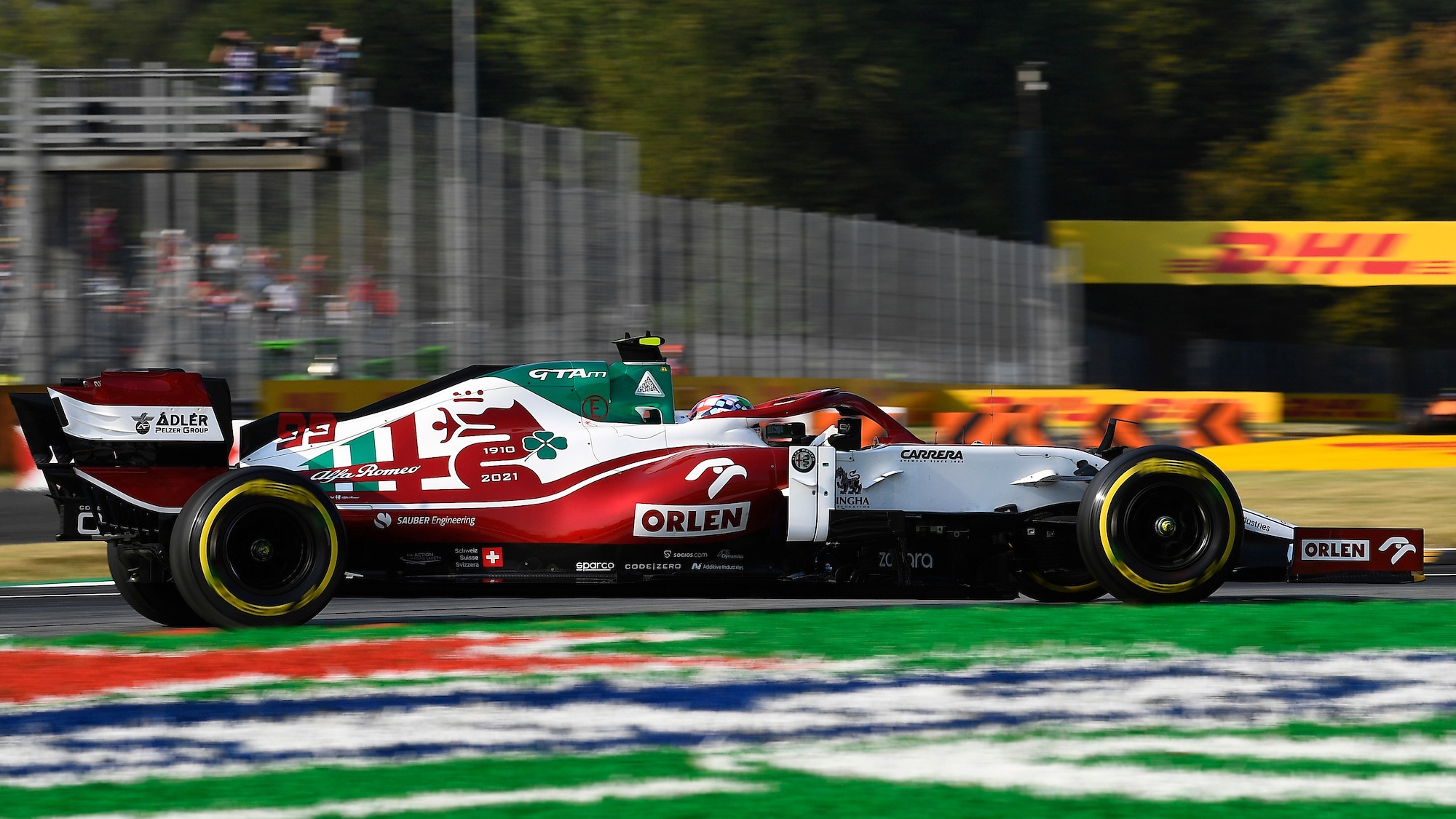 McLaren might have been the first but is not the only team to run a special livery so far this season. For the Italian Grand Prix, Alfa Romeo changed up its livery and included some flashes of green.

The team has used some striking testing liveries in the past but celebrated Alfa’s home race with the design. It wasn’t as memorable as some of the pre-season efforts it has come up with in the past but the green was a nice addition to what is already a tidy looking livery.

Even Ferrari has gotten involved in the special edition liveries. Last season, Formula 1 arrived in Mugello and the Scuderia was the centre of attention and taking part in its 1000th Formula 1 championship grand prix.

As part of the celebration, Ferrari ran a tribute livery using the traditional rosso corsa burgundy red, a callback to the first livery the team ran in the 1950 season. It didn’t coincide with a great result though. Charles Leclerc ended the Tuscan GP in eighth while team-mate Sebastian Vettel finished 10th. 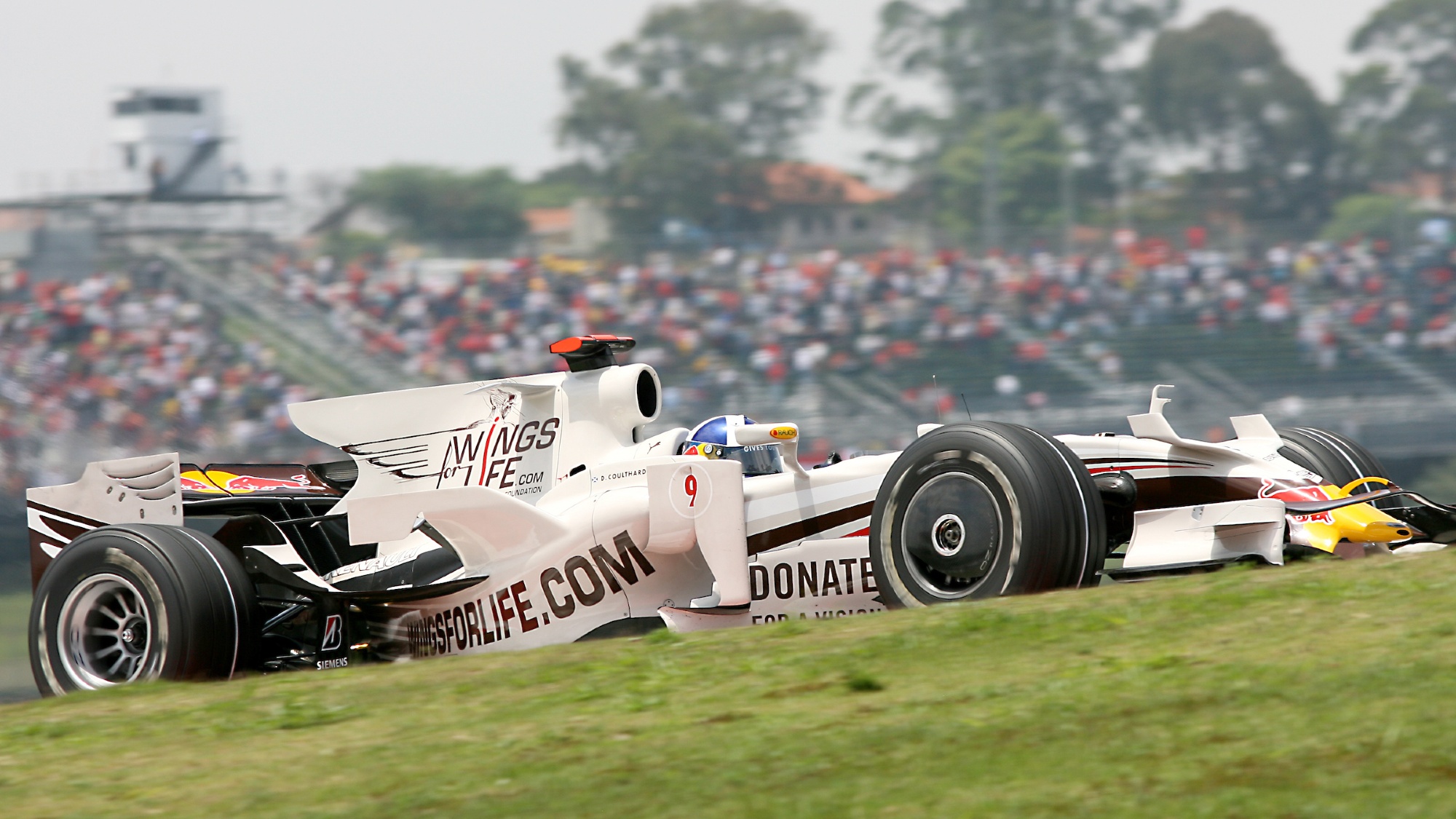 Unfortunately for DC, his send-off livery didn’t get far on race day

This was the last time Red Bull ran a white livery on a grand prix weekend and it didn’t quite go according to plan. David Coulthard had announced his retirement and would step away from F1 after the conclusion of the 2008 season, so Red Bull planned a nice send off for the Scot. 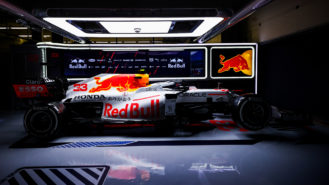 The white livery was a nice touch but it didn’t get much airtime on race day. Starting from 14th on the grid, Coulthard was the victim of a Williams assault as Nico Rosberg pitched him into a spin at Turn One and team-mate Kazuki Nakajima finished the job off and damaged the Red Bull driver’s suspension, putting him out of the race in his final appearance.

Red Bull fans will be hoping for no repeat this weekend.

The team has prided itself on operating a little differently in the past and there have been a few more Red Bull liveries over the years that stepped away from the red, blue and yellow drinks can colour palette.

2015’s pre-season ‘dazzlecamo’ design attracted plenty of attention and led to a few more testing efforts from the team. In 2017 and 2019, Red Bull followed suit with a blue digi-camo and red camo design though both only featured on the car during pre-season filming days. 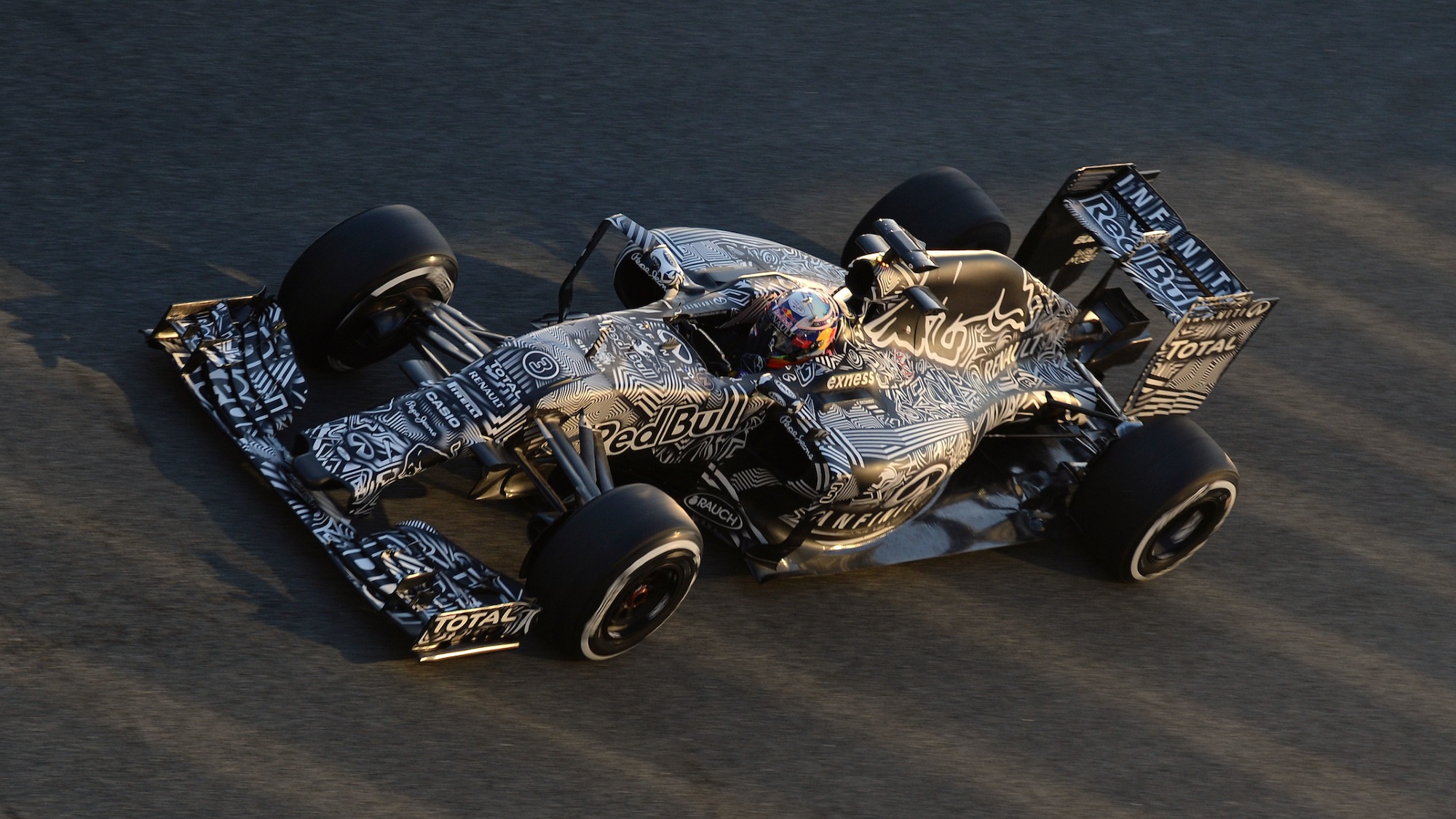 A pre-season livery from Red Bull that caught the eye 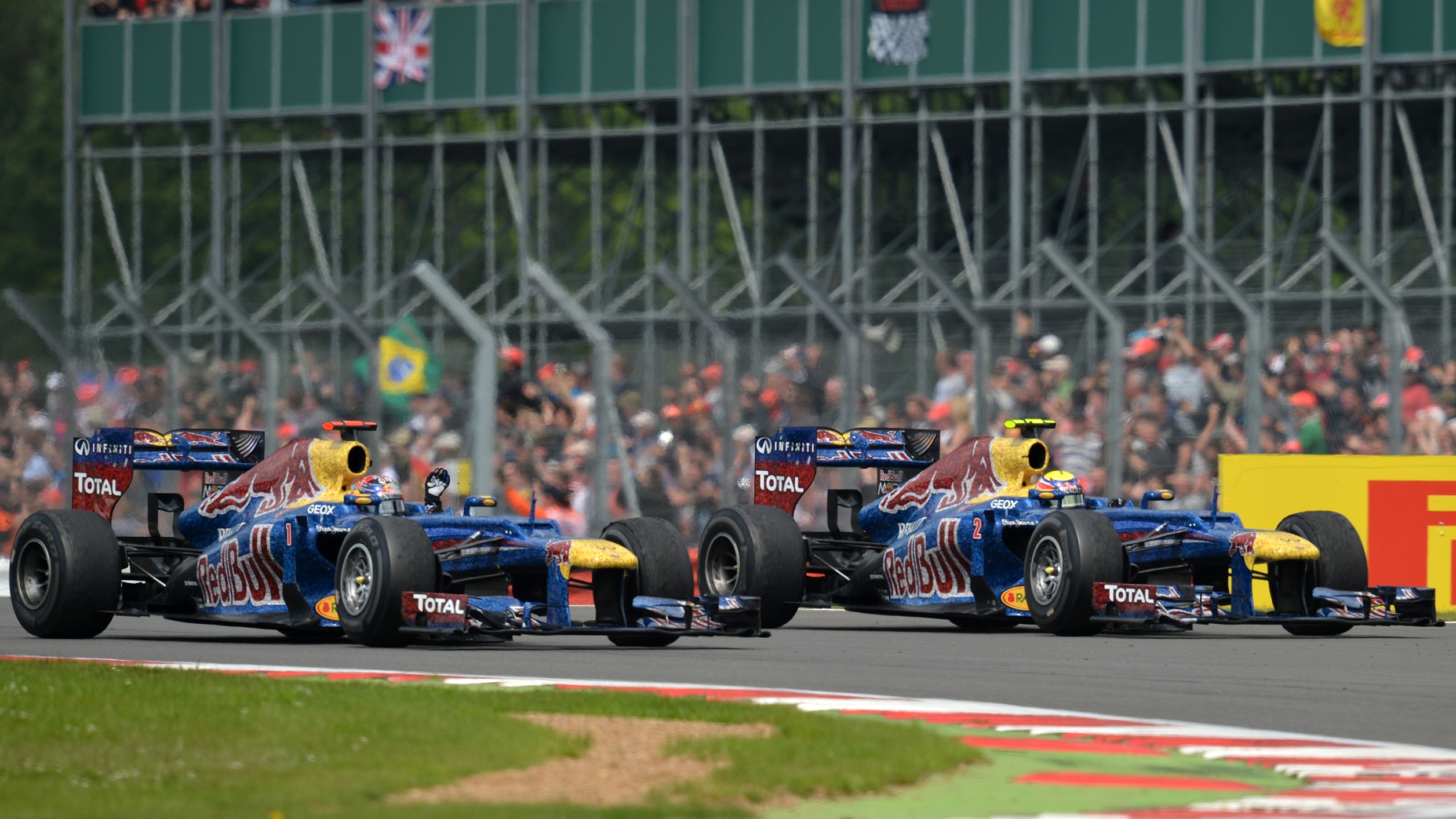 The team also ran a Wings for Life charity livery during the 2012 British Grand Prix weekend. Featuring photos submitted by donors to the team’s charity, the design was a brighter version of its traditional livery. The design was taken to victory by Mark Webber that weekend as he won ahead of Fernando Alonso at Silverstone.

The Spaniard was also a recipient of a special livery in his ‘final’ F1 race. McLaren painted the engine cover in the colours of his crash helmet design, based on the Asturias region in Spain where he’s from for the 2018 Abu Dhabi Grand Prix.

His burnout on the pit straight after the race gave the design a fitting send off under the floodlights.