McLaren didn’t need to win a Grand Prix in 2021 in order to underline its ongoing resurgence, but the Monza success certainly didn’t hurt. Daniel Ricciardo’s victory served as a confidence boost for the whole team, and also vindicated the decisions made by CEO Zak Brown and team principal Andreas Seidl over the last few years.

The team suffered through a long 170-race drought after the previous victory, achieved by Jenson Button in the 2012 season finale in Brazil. That was also the final McLaren outing for Lewis Hamilton, who was on pole that day, but retired from the lead after a clash with Nico Hülkenberg.

At the time Hamilton was on his way to Mercedes, and many observers thought he was ill-advised to be walking away from the mighty McLaren to join a team that finished only fifth in that year’s constructors’ championship.

Hamilton had some good intel from Ross Brawn and Niki Lauda, and he knew that Mercedes would hit the ground running in the hybrid era in 2014. However even he could not have predicted how badly his former team would stumble over the next few years. 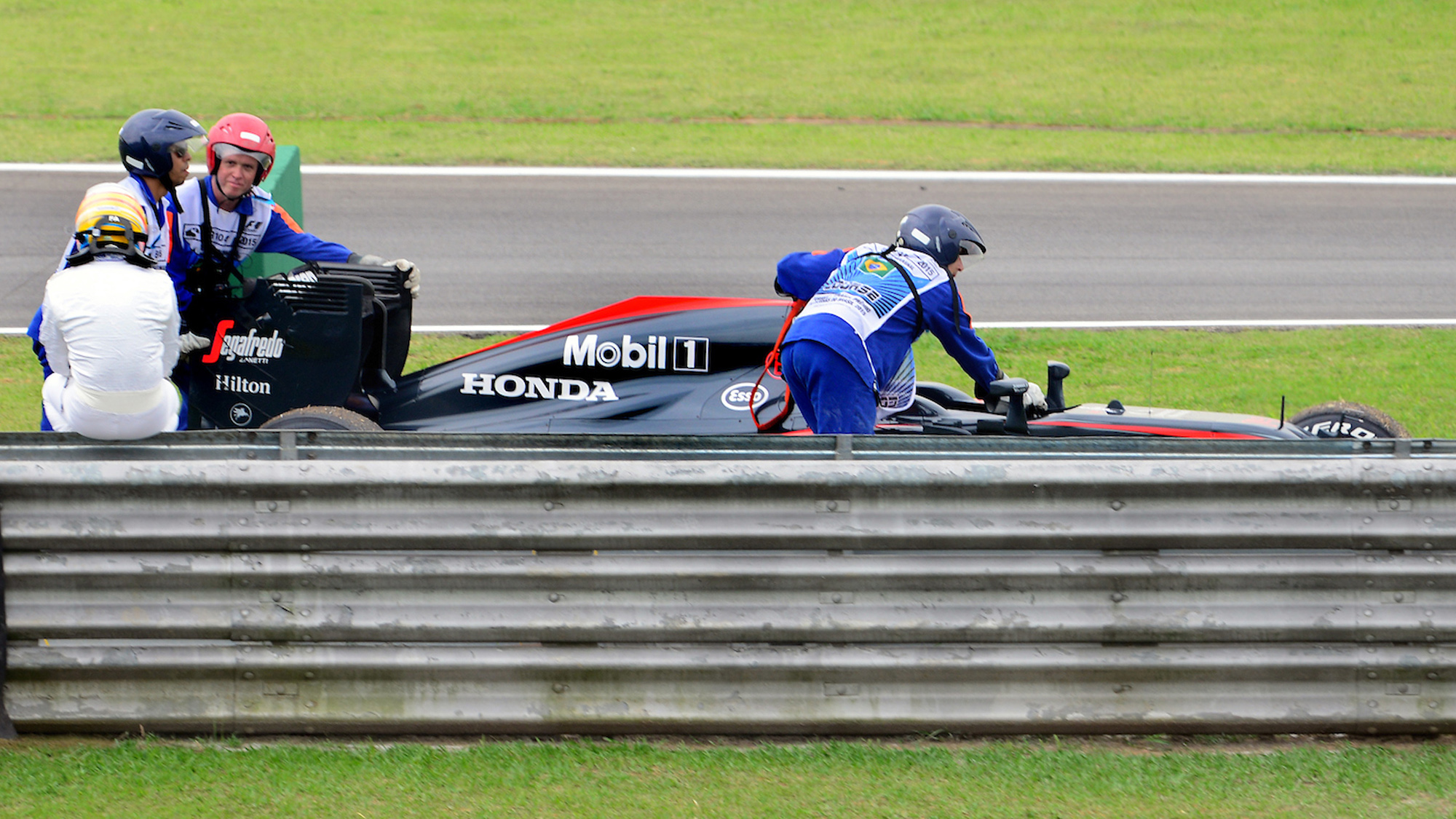 Much has happened over that time. However the departures of former bosses Ron Dennis, Martin Whitmarsh and Eric Boullier and the disastrous relationship with Honda have all passed into the history books, and under Brown and Seidl it is now back on the path to the top, complete with a fresh new image.

It has not been an easy road, and thus no one begrudged the team the celebrations that were held at the factory shortly after Monza. But no one is getting too carried away – Mercedes and Red Bull remain a step ahead.

“And we have people in the team that have seen the success in the past, and afterwards went through some really dark days. And for them it was obviously great to see a McLaren car back on the top step of the podium again.

“But at the same time we have a lot of young people in the team, or people that have joined in the last three or four years, that have never experienced such a success in F1. So what went through my mind that it is simply a great reward for all these people for all the hard work everyone is putting in.

“If Lando had struggled in the same way as Daniel, the factory roof would have been on fire quite quickly!”

“And personally for me simply also a confirmation that we are heading in the right direction, which is key for our objectives that we are clearly having. We want to get back to a point where we can fight for race wins at every race weekend.”

Winning after such a long drought must take some pressure off everyone in the camp – people will no longer be asking how long the streak will stretch to. However Seidl downplays the statistical relevance, and prefers to see the bigger picture of consistent improvement.

“To be honest, I don’t see it like to get this win out of the way. I’m not too focused on these individual results, to be honest. It was a great day for the team. As I said before, we all live for these moments of joy and emotions that you get from such a race win. That’s why we wake up in the morning, because we want to win races in the end.

“But at the same time my focus is the focus of the team, to simply keep moving forward. Because in the end, you want to get to a position to fight for race wins at every track, and to fight the championships again in the future. 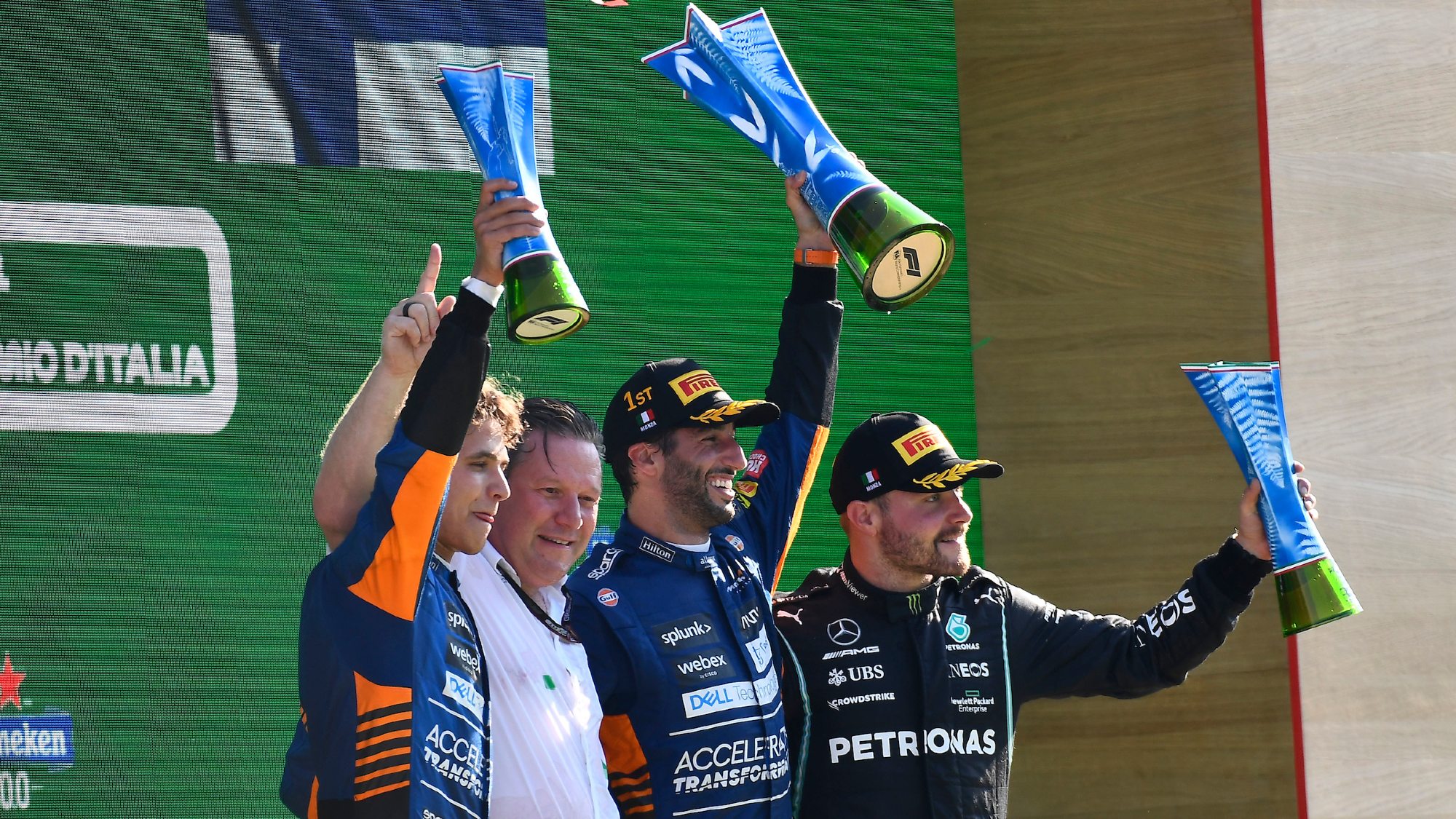 “And for me that entire weekend in Monza the most pleasing thing was to see that actually, with the pressure of knowing we had a competitive car, pressure coming from three race race weekends where we didn’t score good points, that the team actually delivered under this pressure.

“And that gives me confidence, seeing that we have a lot of ingredients already in place within the team that are important once we get to a point that we fight with Red Bull or Mercedes at every race weekend.

“We had a reliable car, a competitive car, fastest race lap, quickest pitstop under really a lot of pressure, knowing that this was crucial to stay ahead and stay in a position to fight for the win. And in the end it was down there on this specific track a win on merit, and that was great to see.”

Perhaps the biggest surprise was the first win of McLaren’s new era was achieved by Ricciardo, and not Lando Norris, who followed him across the line in second.

On Thursday in Sochi Norris admitted that it was the “most downbeat” second place he has ever earned, reflecting his own desire to log a win. Seidl understands the young Briton’s frustration.

“Lando wouldn’t be a racing driver if he would be happy with a P2,” he says. “So I think that’s normal, that he would have wished to win the race. But at the same time, I think with him being part of this journey since since day one in the last years, I think he enjoyed himself, also being part of this great day that we had even in P2.

“And in the end, he had a great weekend as well, he simply continued to pull off a great performance, again, similar to what he has done all year already. And I think that has given him, despite the small disappointment, maybe a lot of pleasure as well.”

Seidl says he made sure to remind Norris of the value of the contribution he’s made thus far in benchmarking the progress of the team.

“All I could do in the last week with Lando was simply thank him for everything that he was doing for us this entire season so far, because we shouldn’t forget, especially with the struggles Daniel had in this first half of the season, it was very important that we had a Lando that was pulling off these performances.

“Because we all know how the sport works. If Lando would have struggled this way as well, in the same way as Daniel did at some weekends, the roof at the MTC would have been on fire quite quickly! And we would have questioned everything we are doing. That’s part of the sport we’re in.

“And so with the performances Lando has shown, that’s why I can’t thank him enough. It allowed us to simply keep working quietly on our plan of getting back to the front in F1. And I think he appreciates that as well, and understands that, and his time will come, there will be more opportunities coming in his career.” 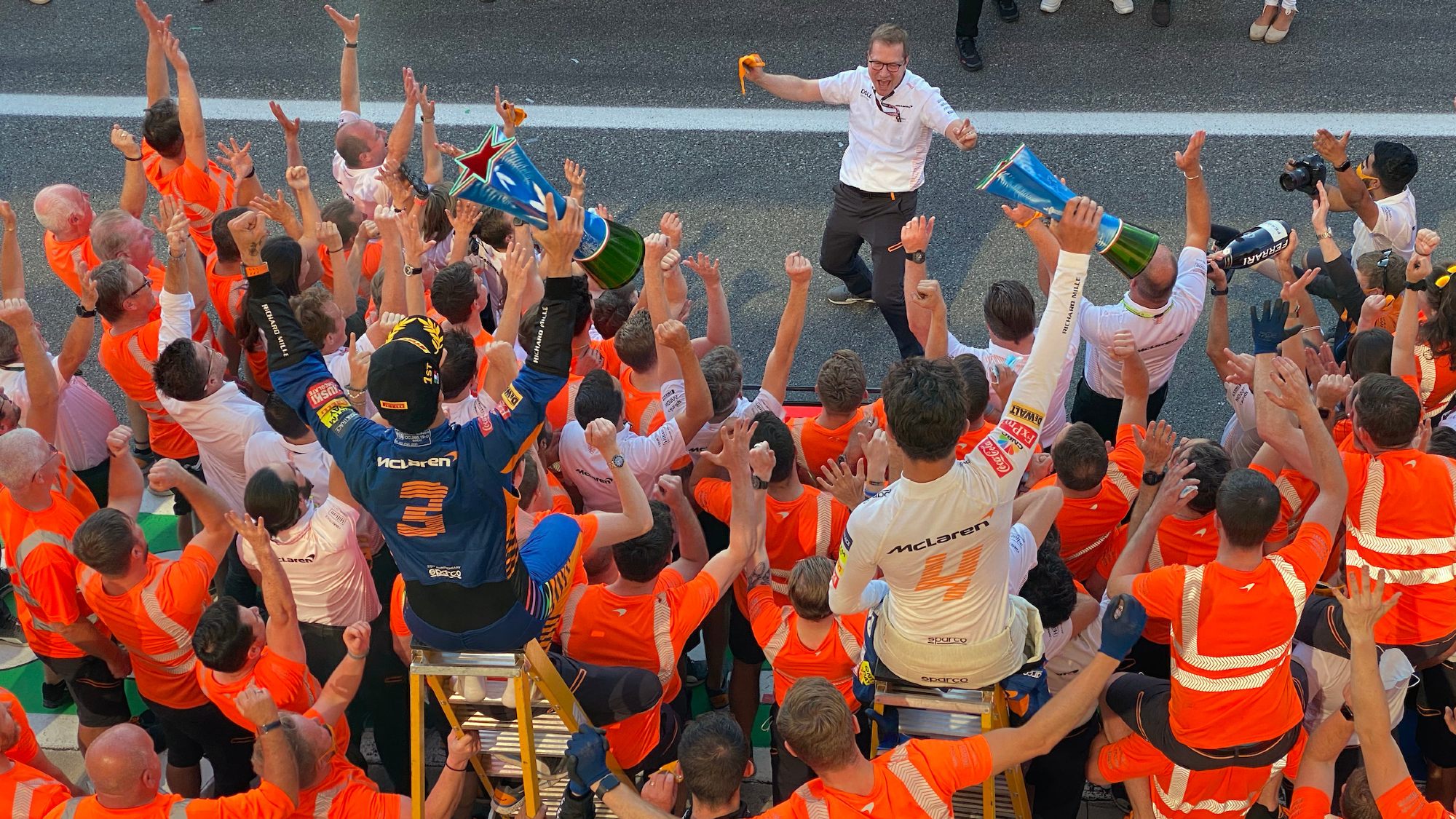 Seidl celebrates with the team following the race

The Monza result came with perfect timing for Ricciardo. The Australian has been struggling to find the limits of the car all season, with a particular issue under braking.

Given his team-mate’s impressive performances it’s been confidence-sapping even for a guy with multiple grands prix wins on his CV. He’s felt more comfortable over the last few races, and the win provided a further boost to his morale.

“It was important to him that after he was feeling a lot better in the car since he came back from the summer break that actually this was also visible in terms of results,” says Seidl. “And therefore I was very happy with what he could pull off in Monza, it was great for him to win the race, and simply looking forward now with this additional boost that this definitely gives to him as well, that there’s even more to come from his side.

“I think we are in very good position with our two drivers, because we have definitely one of the strongest line-ups here in the paddock which is key in our battle that we are now in with Ferrari, and key in our journey getting back to the front in F1 in the next years.”

With the celebrations over McLaren now has to concentrate on that fight for third place in the World Championship. Despite the Monza one-two the team heads Ferrari by the slender margin of just 13.5 points, thanks to disappointing weekends in Hungary, Belgium and the Netherlands.

Ferrari has laid a marker down by introducing a revised power unit this weekend. That has sent Charles Leclerc to the back of the grid in Sochi, but with seven races to come after Russia it could provide a critical advantage.

“I don’t know what Ferrari’s doing, that’s not my business, we focus on ourselves,” says Seidl. “We have a strong package, we need to make sure that every single weekend together with Lando and Daniel we maximise what we have in hands, and then I’m confident we have everything in our hands in order to keep this battle alive until Abu Dhabi.

“At the same time we are clear that it will be a very intense battle, it will be track dependent as well. We will have strong weekends, we will have weekends where Ferrari will be stronger, including some other teams as well as we have seen throughout the season so far.

“But again, I think overall we have the package in order to fight for this P3, we have the team to do that and the drivers, and that’s what we’re focusing on independent of what other teams are doing.”