This article uses edited passages from Maurice Hamilton’s book, a tribute to the voice of F1: Murray Walker: Incredible!

At the 2000 German Grand Prix, Michael Schumacher’s Ferrari started from the front row and disappeared in a cloud of dust at the first corner. Murray Walker, commentating for ITV, excitedly informed viewers that Rubens Barrichello had gone off.

Barrichello had started from 18th on the grid, eight rows behind his Ferrari team-mate. The following day, the Daily Mail carried a brutal piece, calling for 77-year-old Walker to quit. The effect on Murray was profound.

“I’d made an absolutely hideous and unforgivable mistake,” said Walker. “My brain wouldn’t let me accept that it could be Schumacher who had gone off. I made a great song and dance about Barrichello, then realised it was Schumacher and, somehow, blagged my way out of it.

“The appropriately named Daily Mirror followed up on the vicious piece in the Daily Mail. I remember thinking this wasn’t fair – but there was an element of truth about it. I’d got it wrong, and I shouldn’t have got it wrong. As usually happens, the story had died down after a couple of days, but the effect remained with me.

“I can’t say this was the only reason I thought about stopping, but it must have played a part, even if it was subconscious. Much as I absolutely loved what I was doing, I recognised I wasn’t getting any younger. I wanted to follow Jackie Stewart’s dictum of going out on top and not be regarded as a nice old chap who has seen better days and sadly doesn’t know when to stop. I’ll admit pride was at stake here. I thought it was time to see Brian Barwick and continue a conversation we’d started earlier.” 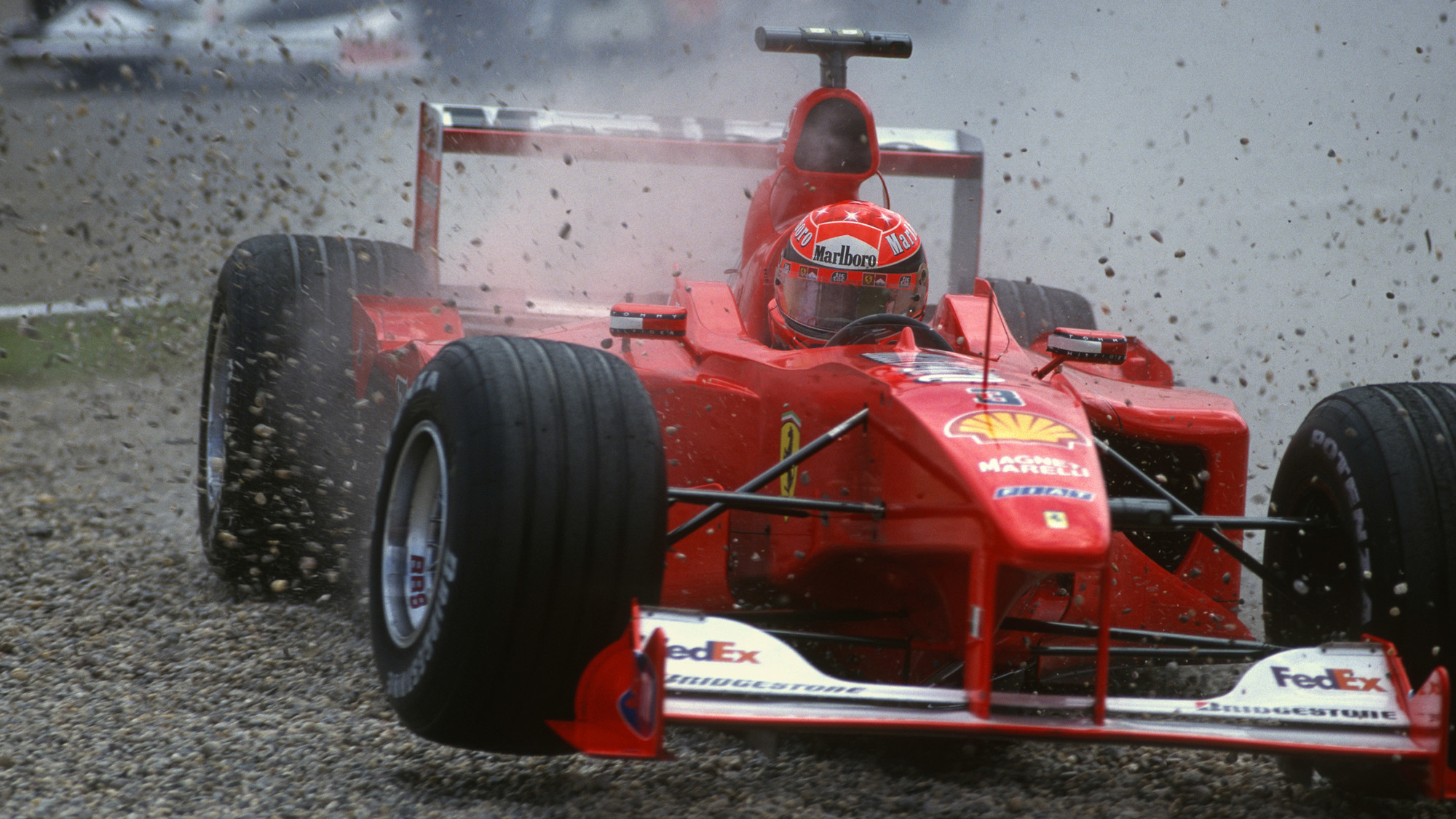 Criticism over his German GP crash error stayed with Murray

Barwick, as head of ITV Sport, had an excellent working relationship with Walker.

”When he came to see me again, I said the time to go was probably now. Murray got quite tearful and upset and talked about finishing at the end of that year.  I then said: ‘Now here’s the thing, Murray. You’re not going out for another year. You’re going to have a lap of honour like nobody has ever had. You’re going out in a blaze of glory. And all those mistakes you make? Forget it. People will say we’ll miss him when he goes. The errors will be turned into commentary gold dust.’” 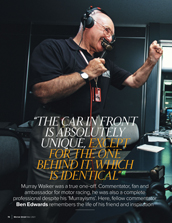 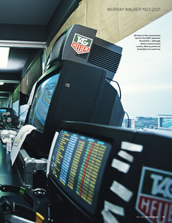 Murray Walker, the inspirational voice of F1 — by Ben Edwards

Monaco Grand Prix, 1995 and a key moment in my career as a commentator. Not only was it the first time that I walked the streets and absorbed the sheer…

“Brian Barwick had made the right decision,” recalled Murray in 2013. “Brian is a super bloke – the best I ever worked for in television. 2001 would an absolutely magical year for me. At the British Grand Prix, I had the most emotional send-off. The RAF parachute team came down with a bloody great banner which said something like: ‘We’re going to miss you’. ITV had a Murray Walker poster competition; you had to produce a banner at the Grand Prix and there were dozens of them. It was incredible.’

The final race of the 2001 European season was at Monza. Walker and a number of British F1 teams got there with European Aviation, an ad-hoc charter airline run by Paul Stoddart, who also owned the Minardi F1 team. Louise Goodman, ITV’s pit lane reporter, was a regular flyer with what was known affectionately within F1 as ‘Stoddy Air’.

“We had the same crew every time,” said Goodman. “They knew the return journey from Italy would be Murray’s final flight with Stoddy Air. They put decals down the side of the plane, saying ‘Murray. Thanks for the memories.’ That was the theme on tee-shirts we all wore. Murray didn’t know any of this and we were all waiting on the tarmac, forming a guard of honour. 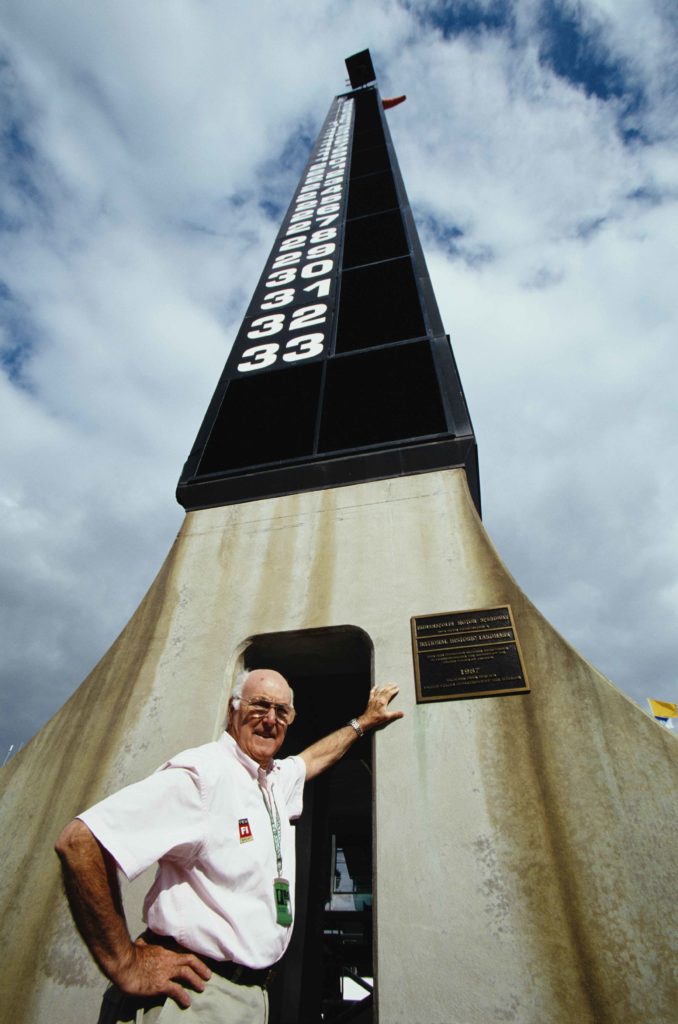 “A regular occurrence on each return flight was somebody would be selected to swap clothes with a hostess and serve drinks to everybody. So, of course, it only seemed right and proper that Murray should be designated to swap outfits on this trip. Murray being Murray, he fully got into the spirit of it and had a wonderful time!”

A more official send-off would occur at the next race, the United States Grand Prix, which would be Murray’s final television broadcast. On the Friday evening, Murray was taken to the Paddock Club, where he found Tony George [boss of the Indianapolis Motor Speedway], Flavio Briatore, Bernie Ecclestone, drivers, mechanics and the media waiting. Murray was the centre of attention, drivers being called forward to ham it up and stumble through various ‘Murrayisms’. Ecclestone paid a brief but genuine tribute to ‘the man who has done more than anyone for attracting people to F1’. George then presented Murray with a brick from the original surface of the famous oval.

The US Grand Prix on 30 September 2001 was to be the only time in the history of F1 when the entire occasion was arguably more important than the actual race. This was the first major public gathering in the USA since the 9/11 atrocities 19 days before. When Walker and Martin Brundle finished their commentary at the end of an emotional day, Murray delivered a final monologue. 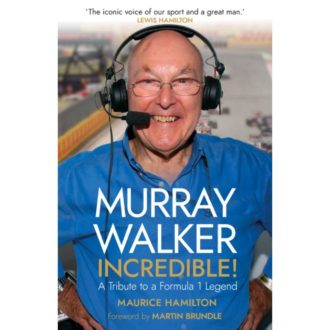 “I’m a happy, smiling man because what I wanted above all else, after 52 years of talking about Grand Prix racing, was to go out on a high note and be euphoric about the fact that we’d just seen a great race. We’ve just seen a great race, in a great country and, hopefully, it will have done something to lift the spirits of America. It’s certainly lifted mine. It certainly lifted the spirits of Formula 1. And Martin, as ever, it was a joy to be working with you.

“So, that’s it then, folks. Em…that’s the last from me. All I can say is, it always has been a pleasure and I hope you will enjoy Grand Prix racing from now on.” There is a discernible crack in his voice before he softly adds: “Goodbye.” 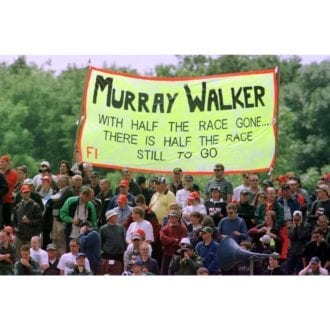