“There were two Franks – but he was still so driven and effective.”

If any sentence might sum up the late Frank Williams, who battled – and succeeded against – adversity of the highest order to conquer his sport, this might be it.

They are the words of Ann Bradshaw, whose six-decade career in motor sport included a number of long stints heading the press affairs of Williams’ grand prix team, putting her at the centre of some of the most significant moments in racing history whilst observing firsthand one of F1’s most groundbreaking team bosses.

Bradshaw first came across Williams whilst working for the BRSCC and its Race of Champions F1 event, before finding herself living in the same Buckinghamshire town as the grafting team boss, the fanatical runner lapping the streets at great pace “getting his steps in.”

When the press agency Bradshaw was working for was contracted to Williams in 1985, she found herself at a team that was in the middle of a glorious period. 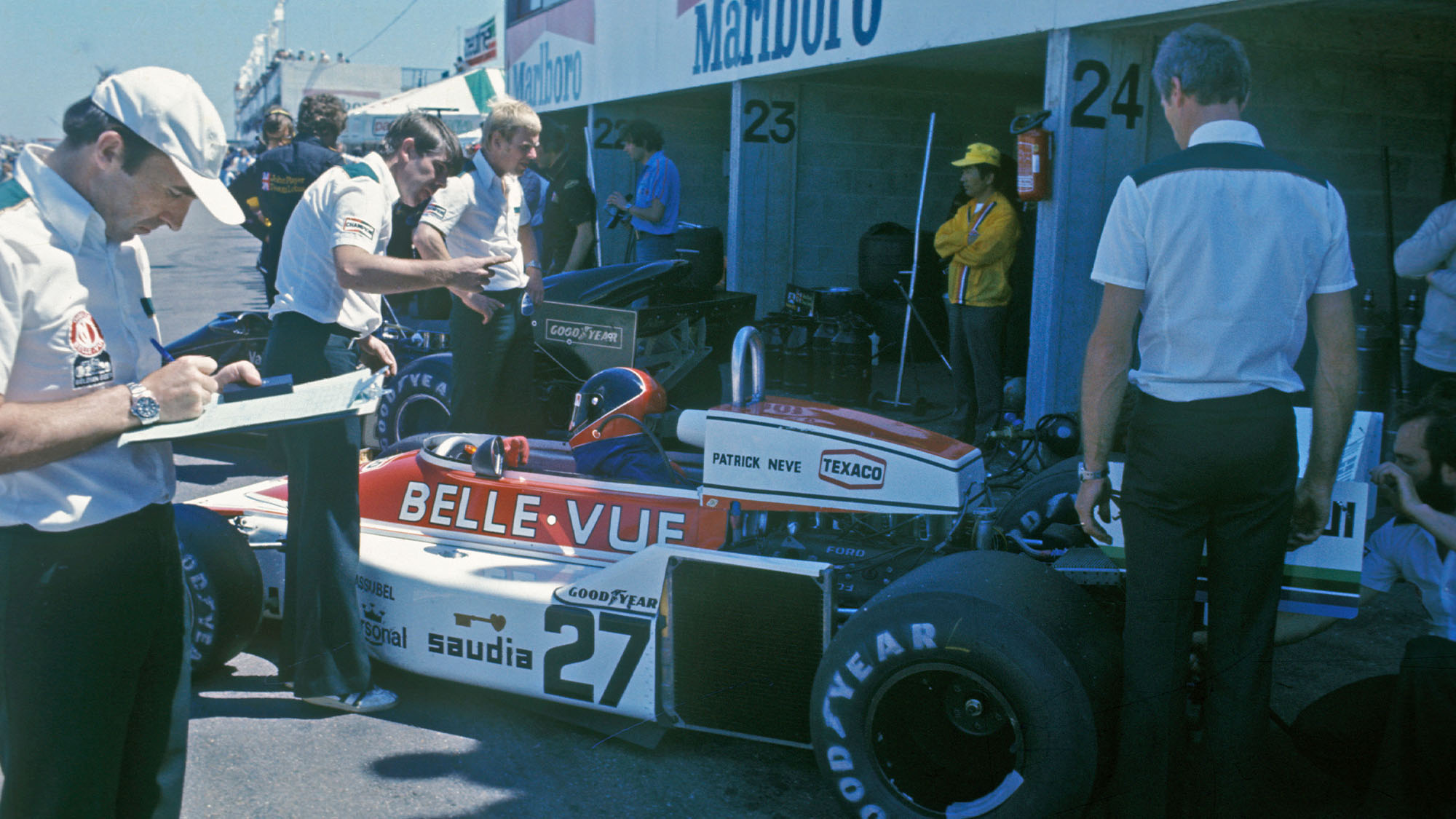 At the heart of the team was an exacting band of racing enthusiasts who had taken their passion professional – with the ultimate enthusiast at the wheel.

“Williams Racing was Frank,” Bradshaw says. “Everything that team did was his personality: total precision, making sure everything was done right, from how clean the factory was to how well organised it was – there was nothing sloppy, Frank couldn’t be doing with any of that.

“That was the great part of the team. Anybody who worked with him knew that’s what he expected. Frank wasn’t a man who sat in his office and never did anything. He was constantly down on the shop floor, wheeling around – even at night when the guys had gone home – just checking everything in total detail. He wanted to make sure that he was doing the absolute best to make those cars go fast.”

The second half of Williams’ life was dominated by the road car accident which left him paralysed in 1986 at the age of 43. The incident directly affected Bradshaw’s working relationship with the team boss, but this only impressed upon her how thirsty for success he was, whatever his physical limitations.

“There were two different Franks, before and after the accident,” Bradshaw tell us. “Before it, Frank would be queuing up at an airport with us to go home, then we’d go one direction and he’d go the other, briefcase in hand, off to get more money for the team. He was always looking for the next chance to do that.

“He was always here, there and everywhere. The moment we’d finished everything for the day at the circuit, he’d be into his sport gear and running off round the track.

“After the accident [leaving him wheelchair-bound], he had to rely on people coming to him. He was always saying, ‘Come and tell me what’s going on. What have you heard?’ He would have me read other teams’ press releases to him. Frank would soak it up, he was like a sponge. But before and after, he was still totally effective.”

What has been strongly emphasised in the tributes and obituaries produced in recent days for Williams is the sheer will power that took him to the top of the motor racing world whilst overcoming his physical disability. This characteristic is what Bradshaw witnessed every day in the Williams factory and at the track.

“Frank was the most driven man,” she emphasises. “And he was just was driven by what he wanted to do. He never let the emotion of things, apart from a few certain times, get in the way.

“He was the sort of person that would do anything to further what he wanted to do in the sport. Frank spoke fluent French, fluent Italian – he knew that if he spoke those languages, he could speak to people on their own terms. There was nothing he wouldn’t do to be able to go out, do a deal and get money to go motor racing.” 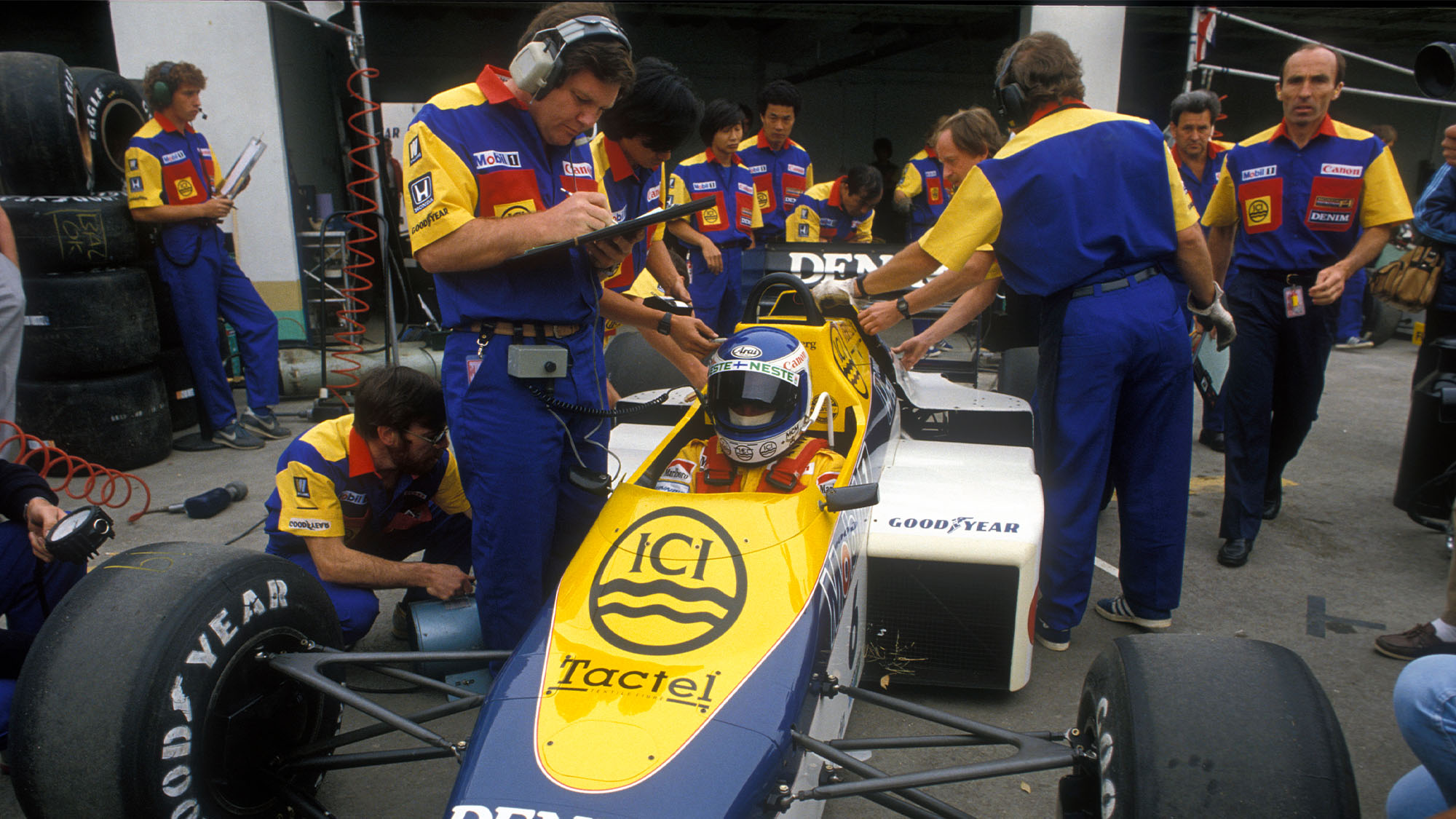 Orchestrating a session with Keke Rosberg

The wheeling and dealing all simply fed into his boyhood love.

“It was his passion. He really, really was somebody who just wanted to have the best team and best drivers. He was never happier than when he was with his cars. He loved F1 drivers – they were his people and the sort he wanted around, because they were driven like him.”

The competitive spirit which ran through Williams’ veins didn’t just stretch to grand prix racing, as Bradshaw found out early on in her tenure at the team.

“In ’85, prior to the accident, a guy called Dave Warren – an athlete – worked for [team sponsor] Cannon,” remembers Bradshaw. “He ran the 800 metres at the 1980 Moscow Olympics, so he was not the slowest guy on two legs.

“We were testing in Imola, and Frank asked David if he wanted to go for a run before dinner. I’ll always remember that when I came out of my hotel to meet them, I saw two people running.

“The one nearest to me was almost bent double, having to use a lot of energy and puffing – and that was Dave! The guy 100 metres ahead, head up, looking like he could do another how many miles, was Frank! He could have been an athlete, Dave had done the Olympics and Frank was pounding him into the ground.”

The 16 world titles garnered by Williams showed clearly just how much its boss lived off a passion for winning, which commanded a respect up and down the paddock – at even the most comical of moments, such as during Damon Hill’s title celebrations at Suzuka ’96.

“In those days we just had one room, with engineers, caterers , everyone all together, I was trying to get my press release out and make sure we did all the interviews ,” she recalls. “Then Michael [Schumacher] just appears with this bucket of water! 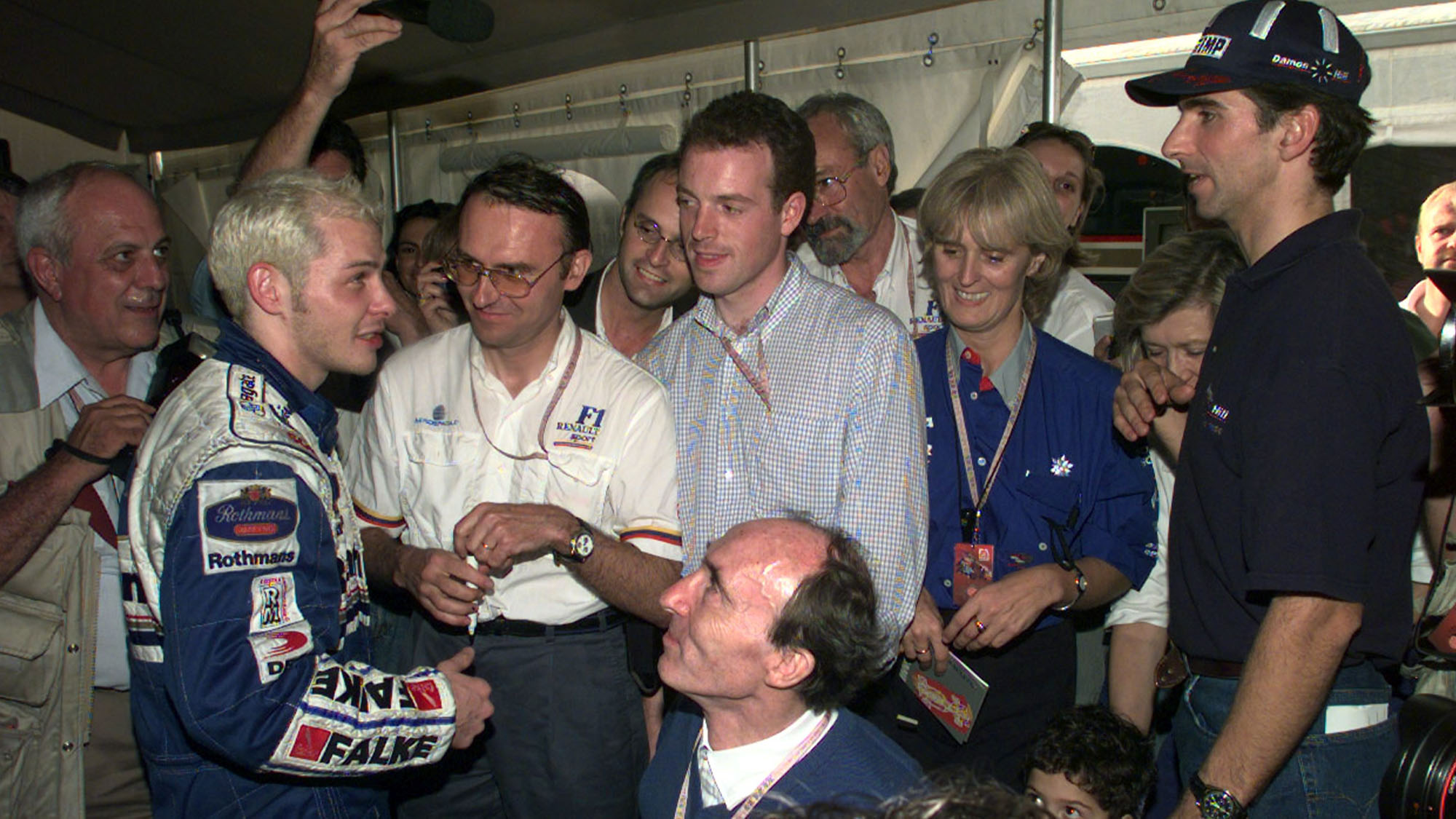 “He looked down at it, he looked up at Frank, thinks about throwing it, then looked back down at the water and thought ‘Uh-oh!’ So off he goes. Next person to appear is David Coulthard. He said ‘You’re right Frank, I am a plonker, you were right to sack me!’

‘To be fair, he was covered in salad dressing. They had all been having a food fight with Karl-Heinz Zimmerman, who did the catering for Rothmans and Bernie Ecclestone.

“The fact that he survived this long was because, in everything he did, never gave up”

Looking back on the high-jinks and huge sporting successes, Bradshaw knows that in an ever-changing landscape of F1, a pioneer in the shape of Williams is highly unlikely to be seen again.

“Frank’s loss to the sport will be for the people that remember those ‘heydays,'” she says. “It’s a passing of a different age. Can you imagine Toto Wolff or Christian Horner doing the things that Frank used to do? I mean, his office was a telephone kiosk. He was a character, someone who everybody admired.

“People would look up to him and say ‘Well, if you can do it. You don’t have to come in with lots of money, but sheer hard work and determination.

“The fact that he survived this long was because, in everything he did, never gave up. He fought to the very end.”