Built to resemble the Renault RS17 Formula 1 car, this LEGO model is a chip off the old block 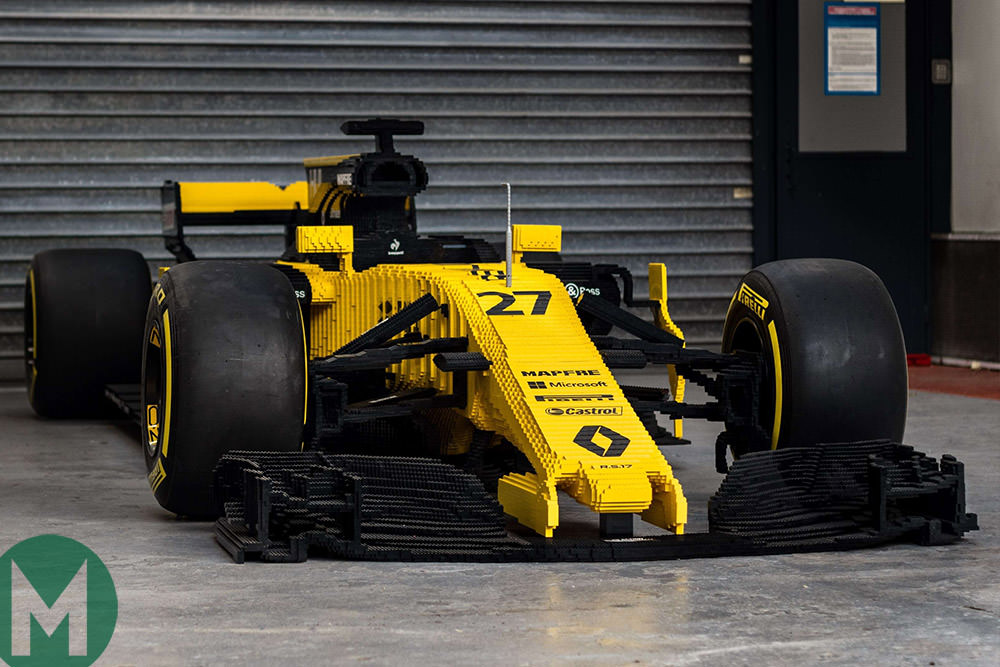 We’ve already covered what is possibly the most amazing Formula 1 auction of the modern era in Paris next month. It’ll feature items from Ayrton Senna, Michael Schumacher and Jules Bianchi.

But Artcurial’s ‘Racing, Flying and Yachting’ auction on February 10 will also put a Renault RS17 F1 car on the block. Not just any Renault RS17, however; this one is a LEGO model built out of 313,000 pieces. It was commissioned to promote Renault’s 2018-19 season at various F1 circuits and could now sell for up to €50,000, with all proceeds going to UNICEF.

The full-scale model, which took months to build, was constructed in three parts on a metal frame. It includes Pirelli tyres, a Renault replica steering wheel and Nico Hülkenberg’s paint scheme.

Two LEGO F1 Renault drivers are also up for sale.

Although Hülkenberg hasn’t made his way to the podium yet, this LEGO F1 driver has. It stands on first place with a smirk on its face and could sell for up to €6000. Another LEGO Renault driver is up for sale, smirking again and standing at 160cm (5ft 2). It could go for €5000.