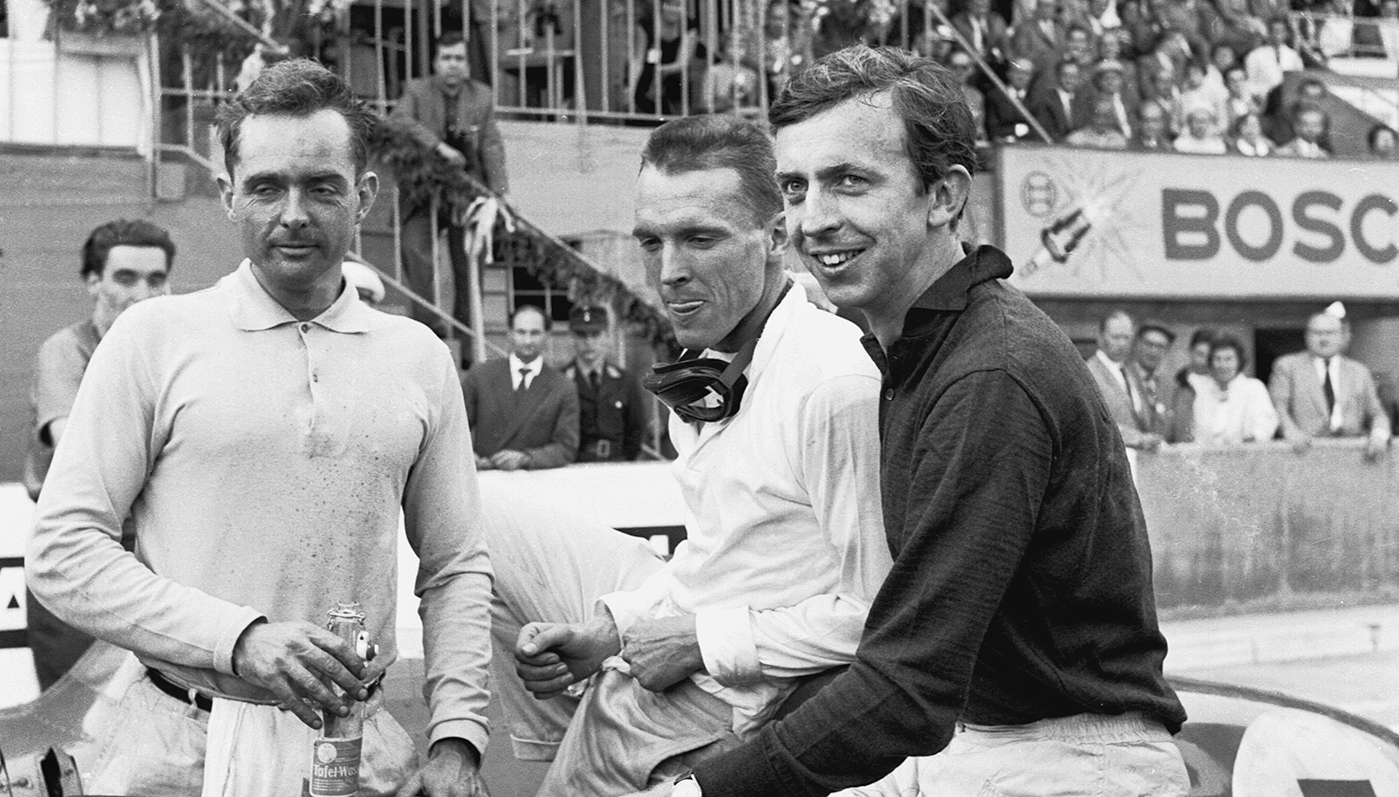 Tony Brooks, the quiet man of Grand Prix racing, not only competed against Dan Gurney but raced as his team-mate for the most glamorous of all marques, Ferrari. “Dan and I were happy team-mates along with Phil Hill and Cliff Allison in 1959. Dan was not only charming, and of course a very quick driver, but you could rely on him completely: what he said he’d do, he did, on track or off.”

Still housed in front of the driver, that wailing Dino V6 motor challenged the Coopers through that season, Brooks narrowly missing out on the World Championship, but that doesn’t taint his memories. “It was my happiest year in Formula 1, possibly because we all got on so well. Enzo Ferrari was famous for winding his drivers up, trying to set them against each other, but if he tried it with us we didn’t notice because we were such a close group. Perhaps our Anglo-American entente didn’t react the same way as the excitable home drivers!

“Dan is just such a great guy as a driver and as a person,” Brooks continues. “I did think it was terribly risky when he announced he was setting up his own team. One could foresee so many problems, not least the finances, so I was amazed he wanted to do it. But being Dan he did a very good job, winning at Spa, and then later having all that success in American racing.

“I’ve continued to be impressed by all he’s done since he stopped racing himself; we’re still friends and I’m still in regular contact with him and [Gurney’s wife] Evie. She’s been a real help and support to him, and I’m sure she deserves credit for being an important part of his success too.”

Dan Gurney on the Database