Pascal Wehrlein sits another Grand Prix out, a risky move in a risky business? 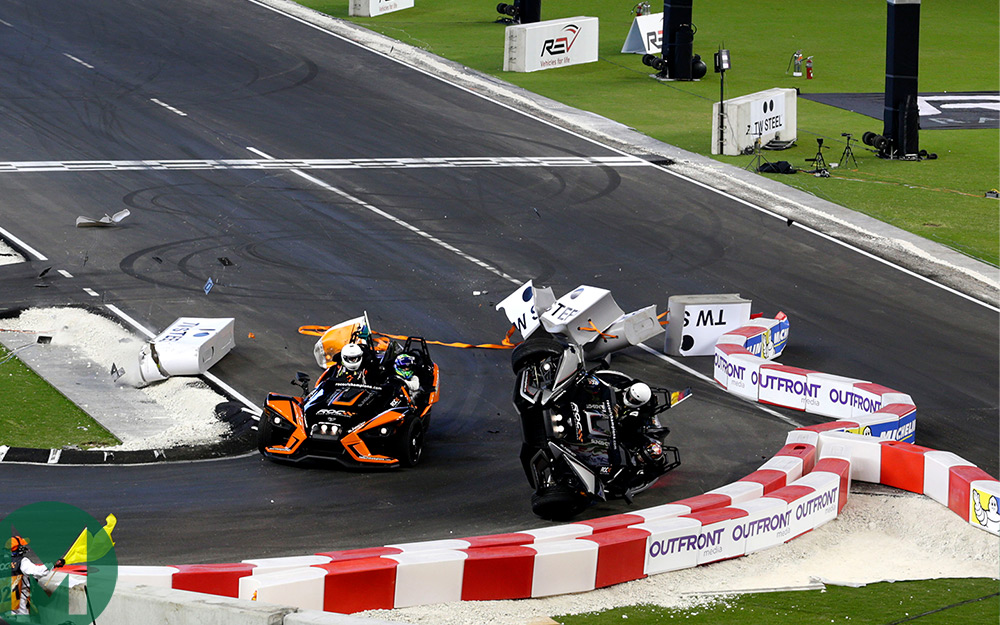 Only he knows for sure.

The back injury he sustained in January’s Race of Champions has caused him to miss the first test at Barcelona and all bar the Friday practice sessions of the Australian Grand Prix.

It has now been confirmed that he will miss this weekend’s Chinese GP, too, and that his participation in Bahrain is in doubt.

Back in time for Sochi? It’s Russian Roulette.

The 22-year-old German insists that he has recovered from the injury but not yet the hole that it knocked in his pre-season training.

Such precaution is understandable given that the new cars, the fastest in history, place a greater physical demand on drivers. But although Formula 1 has changed with the times and become less risk-averse, old attitudes are ingrained.

Sauber is supportive of Wehrlein. For now. As were we all, it was impressed by the performance of Italian stand-in Antonio Giovinazzi in Melbourne, in a car much improved from the one that Wehrlein experienced in Barcelona.

And with that, the undeniably talented individual, who last winter was under consideration for the best seat in the house alongside Lewis Hamilton at Mercedes-Benz – ironically he says that a lack of experience cost him the job – is on a career precipice. Already overlooked by Force India, now Wehrlein’s mental toughness is being called into question.

Thirty years ago another hot property arrived in Australia and flunked. Stefano Modena, the newly crowned Formula 3000 champion, replaced Riccardo Patrese at Bernie Ecclestone’s Brabham, qualified mid-grid for the season finale and called it quits, knackered, after 31 of 82 laps in Adelaide.

An opportunity he couldn’t refuse had worked against him, and five subsequent seasons of F1, including podium finishes in Monaco and Montreal, were insufficient to wash away the stain. 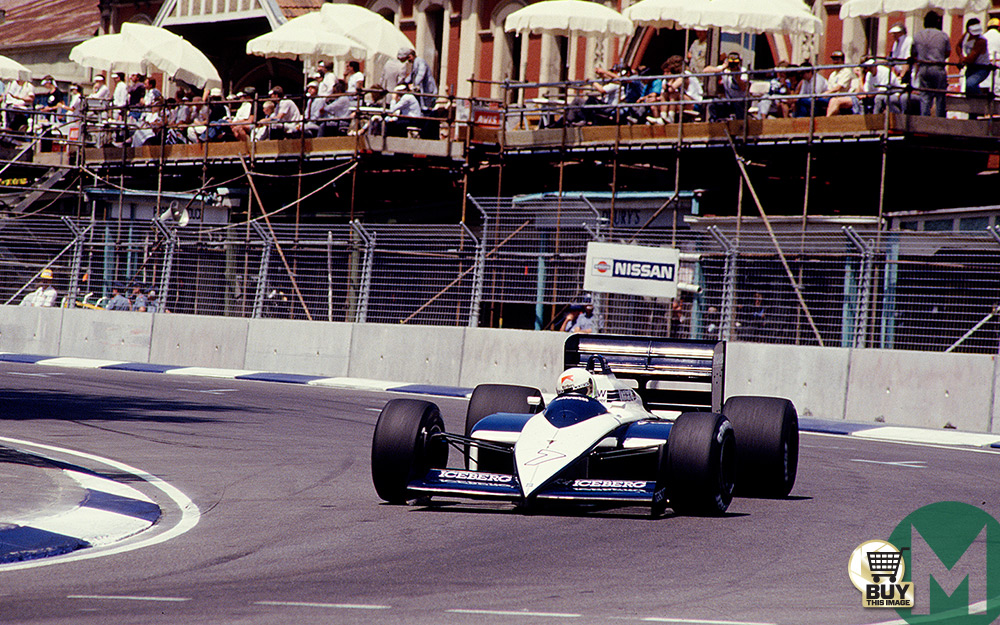 Macho F1 demands unreasonable acts, not measured responses. Men who spring from steaming wreckage and sprint to the pits to grab the spare; men who sit in a hip-bath of petrol because they have broken their neck to be there; and men who drive with bandaged burned hands lest their team founder in the aftermath of the sudden death of its founder.

Men like Derek Warwick, Nigel Mansell and Denny Hulme; men you’d want on your side in a pub fight.

Of course, if Jackie Stewart were on your side, chances are that there would be mediation instead – chaired by a man bestowed everlasting respect for scoring a most remarkable GP victory at the world’s most dangerous circuit with a broken wrist laced tightly into a plastic cast.

And Stewart reckons Niki Lauda’s comeback at Monza in 1976 the bravest sporting act he has witnessed, the Austrian peeling strips of fried skin from his scalp every time he removed his crash helmet.

The cerebral Lauda was not averse to reasoned response. It’s just that Ferrari had gone behind his back and signed Carlos Reutemann, not a name on Niki’s dance card, as replacement. There was no way on God’s green Earth that Lauda was going to let the Argentinian benefit from his hard work at the Scuderia.

Hence his unreasonable act of bringing his return forward.

There could be no questioning his mental toughness after that – even though Lauda later admitted that he was terrified. Nor after he had withdrawn from the title showdown with James Hunt at a flooded Fuji. He had earned the right to do so. Everybody thought so – except Enzo Ferrari.

The latter measured his drivers against the most daring of all: Tazio Nuvolari. 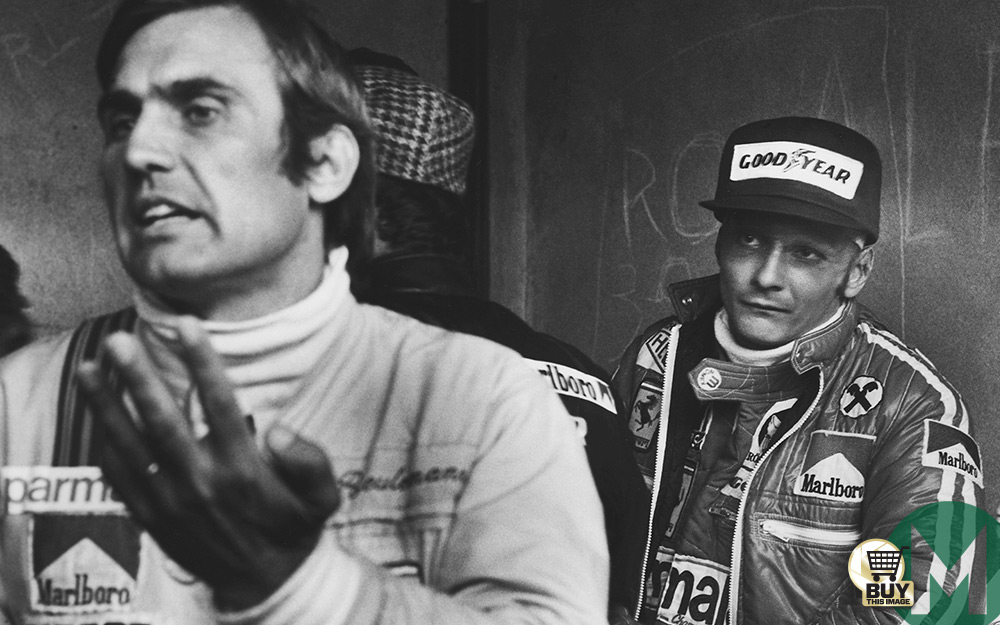 When in 1925 a try-out of a GP Alfa Romeo at Monza ended with a fiery crash, Nuvolari discharged himself early from hospital on the agreement that he would do nothing ‘imprudent’.

His understanding of that word must have differed from that of his doctors, for he had himself patched and padded in such a way that he could swing a leg over a 350cc Bianchi motorbike.

In this trussed fashion he was able to win the GP of Nations at Monza. Though no doubt he rejoiced at the race’s shortening from 400 to 300km because of bad weather, his was still a 2hr 25min battle against rivals, the elements and pain.

Nine years later he broke his left leg when he crashed a Maserati 8CM – Nuvolari blamed a quartet of baulking Scuderia Ferrari Tipo Bs – at Alessandria in April 1934.

Five weeks later, leg in plaster and the Maserati jury-rigged so that he could operate all its pedals with his good right leg, he finished fifth in the Avusrennen, despite using tyres unsuited to the wet conditions.

The following week, however, even he had to admit physical defeat after six laps of the Eifelrennen at the bone-jarring Nürburgring. But, like Lauda, he had earned the right to do so.

For all Wehrlein’s achievements to date, he has yet to be so accorded, hence the sniping at his perceived weakness.

He and his handlers must have their reasons for the decisions taken. For their sakes I hope that they meet with the somewhat twisted needs and values extant in modern F1, no matter how compassionate it purports to be.

Meanwhile, Giovinazzi must be rubbing his gloves. Might he, with useful Sauber experience behind him, next winter be under consideration for the best seat in the house – alongside Sebastian Vettel at Ferrari?