I like this one; it brings back many great memories. I hope it will revive some sounds and pictures for you too.

This month we continue to reel back the years with my Track Torque radio shows that have been digitised for the new Motor Sport audio archive.

Originally broadcast on commercial radio back in the 1970s, these were the only motor racing programmes to be found on the wireless. No internet or social media in those days, and not much on TV either.

I am pleased that so many of you have chosen to go time travelling and tune in to these archive interviews with the movers and shakers of the sport from nearly 40 years ago. Thank you, and I hope you will enjoy the latest instalment. 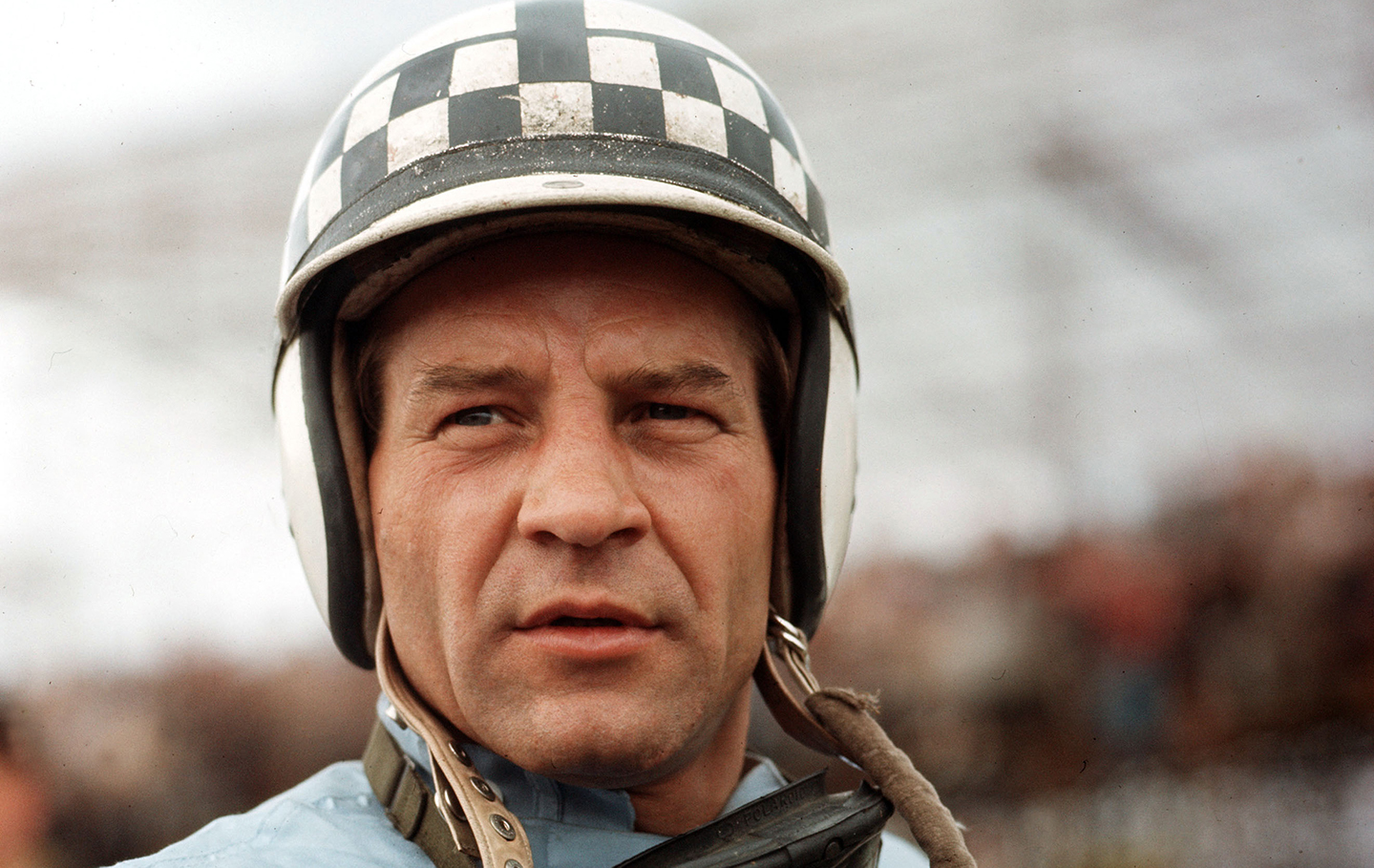 This programme features, in no particular order, Niki Lauda, Frank Williams, Brian Henton and Innes Ireland. Now there’s a blast from the past – when did you last listen to an interview with Innes Ireland, Grand Prix driver, raconteur and one of the great maverick characters of our sport in the 1960s?

For those of you who never saw Innes Ireland race, and who haven’t yet read his book “All Arms and Elbows”, let me put you in the picture. The title of his book gives you a clue in that the Scotsman was a winner back in the days of opposite lock and four-wheel drifts, both in sports cars and Formula One. Most famously, he raced for Colin Chapman at Lotus where he won his first and only Grand Prix at Watkins Glen in 1961.

Niki Lauda of course is still very much making his presence felt at the Mercedes-Benz Grand Prix team but this piece goes back to his days with Bernie Ecclestone’s Brabham team. We did our interview at the BRDC International Trophy race at Silverstone in March 1978 and we began by discussing the art and technique of driving a Grand Prix car. As ever, Niki was precise and insightful, not a word wasted. 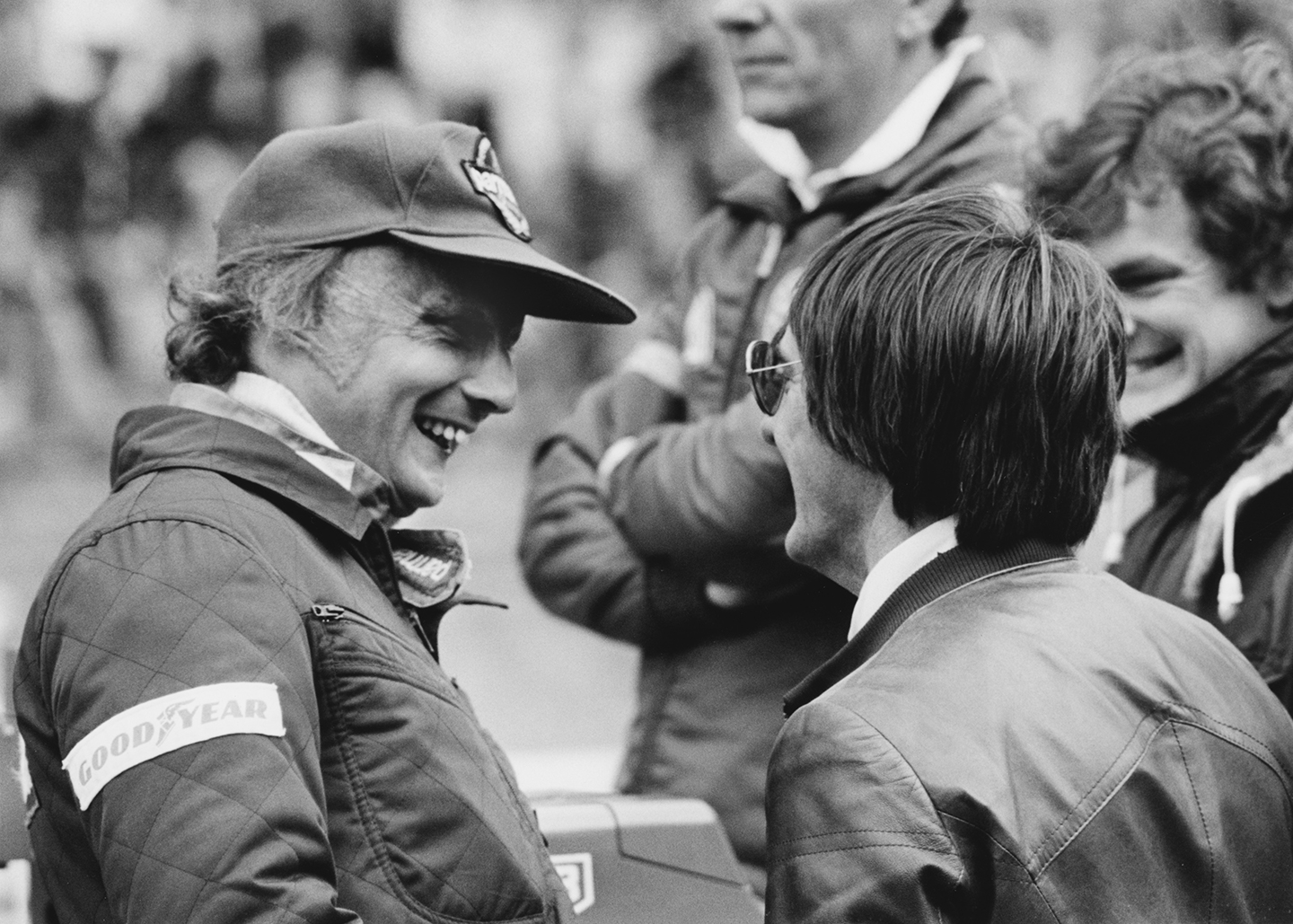 We don’t hear much about Brian Henton these days; a shame, because at the height of his powers he was virtually unbeatable in the great days of Formula 2 in the 1970s. He never made it to the top of Formula One, always seeming to be in the right place at the wrong time. At the time of this interview Brian was with Toleman, who’d taken over Ron Tauranac’s Ralt team, and were using Brian Hart’s potent little four-cylinder engine up against the BMW-powered cars.

Frank Williams, of course, was just starting out on what would be an extraordinary career in Formula One, Williams Grand Prix Engineering’s first victory coming at Silverstone in 1979 when Clay Regazzoni won the British Grand Prix in Patrick Head’s superb FW07. The following year Alan Jones won the World Championship and the rest is history. Frank was a regular guest on Track Torque, one of the first F1 team principals to appreciate the value of media coverage for his sponsors who, in those days, came from Saudi Arabia. A conversation with FW is never less than entertaining, being a man who has always called a spade a spade.

So, I hope you enjoy travelling back in time to 1978 and 1979. Who would have thought that both Lauda and Williams would still be in the pitlane, still as competitive as ever and still totally committed to Grand Prix racing.

There’s plenty more to come from our Motor Sport audio archive so keep an eye on what I trust is your first port of call when it comes to motor racing on the worldwide web.