Things were chaotic this week even for Formula 1 standards as freight shipped from Miami was delayed getting to Interlagos for this weekend’s Brazilian Grand Prix.

The delay meant the stewards waived the normal curfew that dictates when team members must vacate the track and allowed for scrutineering to take place on Friday ahead of FP1 to compensate for the delay.

There is no impact expected for the running order of events this weekend as a result but the team personnel will be pushed to the limits, working through the night to prepare the cars before reporting back to the circuit bright and early. With the final leg of F1’s intercontinental triple-header coming up next week in Qatar for good measure, there might not have been a more difficult race this year for those on the ground.

Ahead of this weekend though and there’s plenty to talk about. Lewis Hamilton may still have to take a fresh power unit and the third and final sprint race is sure to serve up some action on Saturday.

But beyond the usual PR talk there was plenty to get stuck into ahead of any on track action at Interlagos.

Max on the money

Perhaps it’s telling that Max Verstappen is already thinking about Red Bull 2022 merchandise emblazoned with the No1.

That, of course, is the right of the world champion. Win the title and along with joining the elite list of World Champions you can ditch the personal number and move across to the fabled ‘1’.

The last time it was on the F1 grid was 2014 featuring on Sebastian Vettel’s Red Bull during a title defence that never really got started. Since then, Lewis Hamilton has had an almost exclusive option that he has repeatedly turned down, sticking with his No44 from his karting days.

It’s not something his 2021 rival subscribes to though, saying he will absolutely bring back the No1 should he win this year’s championship.

“How many times do you have the opportunity to try number 1? It’s good for merchandise as well you know, so it’s smart to do that.”

Will the Dutchman’s caps have 1 on them next season? The result of the Brazilian Grand Prix will surely go a long way in determining that. 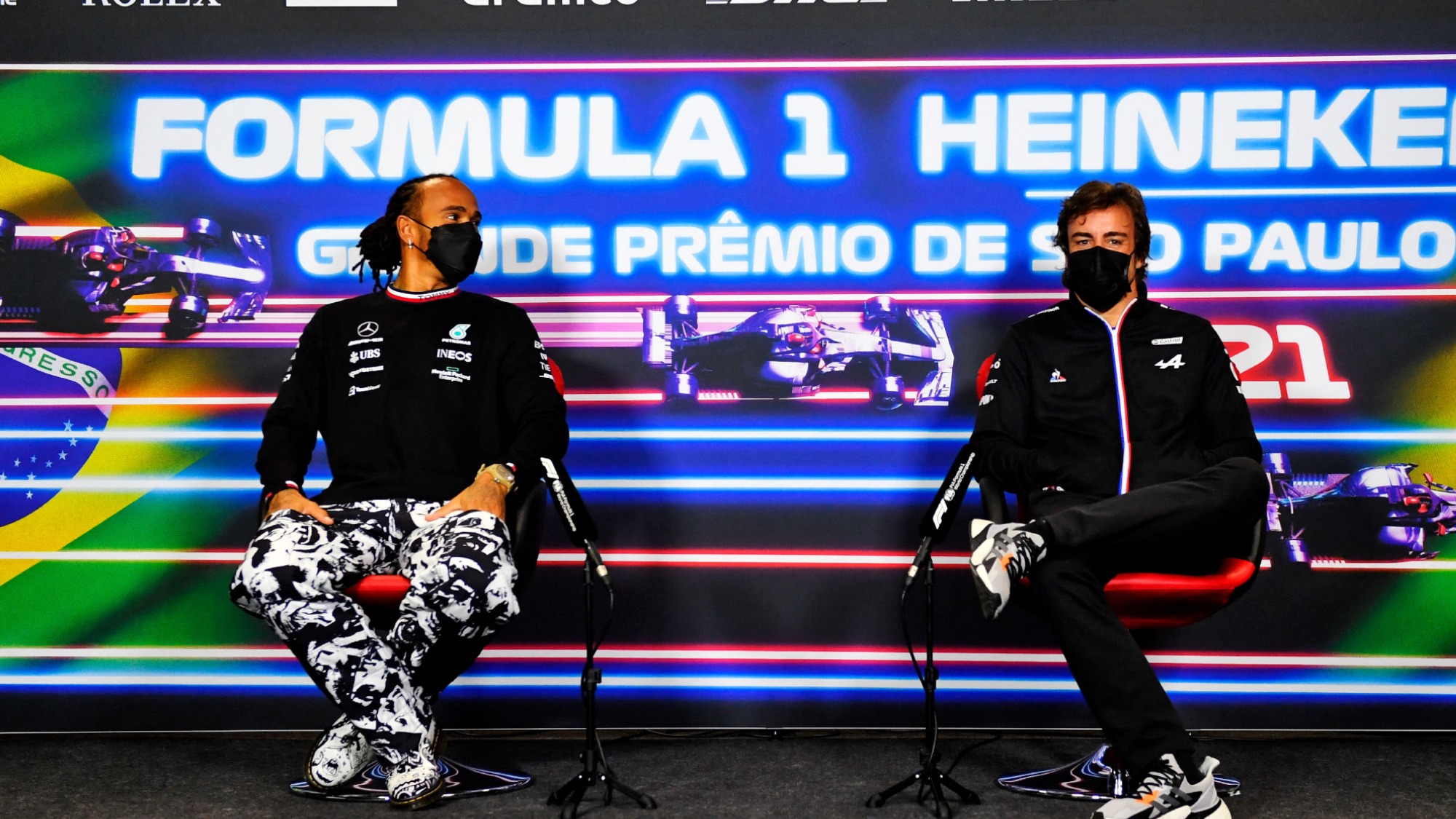 A world away from the McLaren tensions of 2007

The two were never on the same page during their time as team-mates and by the end of the year, finished level on points but there was one department where Fernando Alonso absolutely had the upper hand on Lewis Hamilton.

Alonso was able to accomplish something that Hamilton did not that season, securing a race car from the team for his own despite the acrimony between team and driver.

Hamilton was surprised to learn that Alonso had kept a car from such a turbulent period in his career but admitted that he would never have been able to do the same.

“When I got the opportunity to drive [at McLaren], I would have done it for free,” Hamilton said. “So yeah, I didn’t have any negotiation power when I got there.”

Videos emerged following the Mexican Grand Prix of Nikita Mazepin appearing to be involved in an argument with security in a club during a post-race party.

There were all sorts of stories about why the Russian was in such a heated situation but moved to clear up any misunderstanding ahead of the Brazilian race on Thursday.

“Nobody was kicked out,” he explained. “I was upset because one of my engineers was leaving. So I invited everybody from the team to see me and one of the members wasn’t let in, unfortunately. So yeah, I cleared that up, took about three or four minutes and everybody was in and actually it was a very good party. So we stayed for quite a few hours.”

With the extra curricular exploits sorted, Mazepin is heading into the weekend without turning a single lap of Interlagos in reality or virtual. The Russian hasn’t been able to use a simulator at any point to test the track and has instead been trawling through YouTube videos of laps around the Sao Paulo circuit. 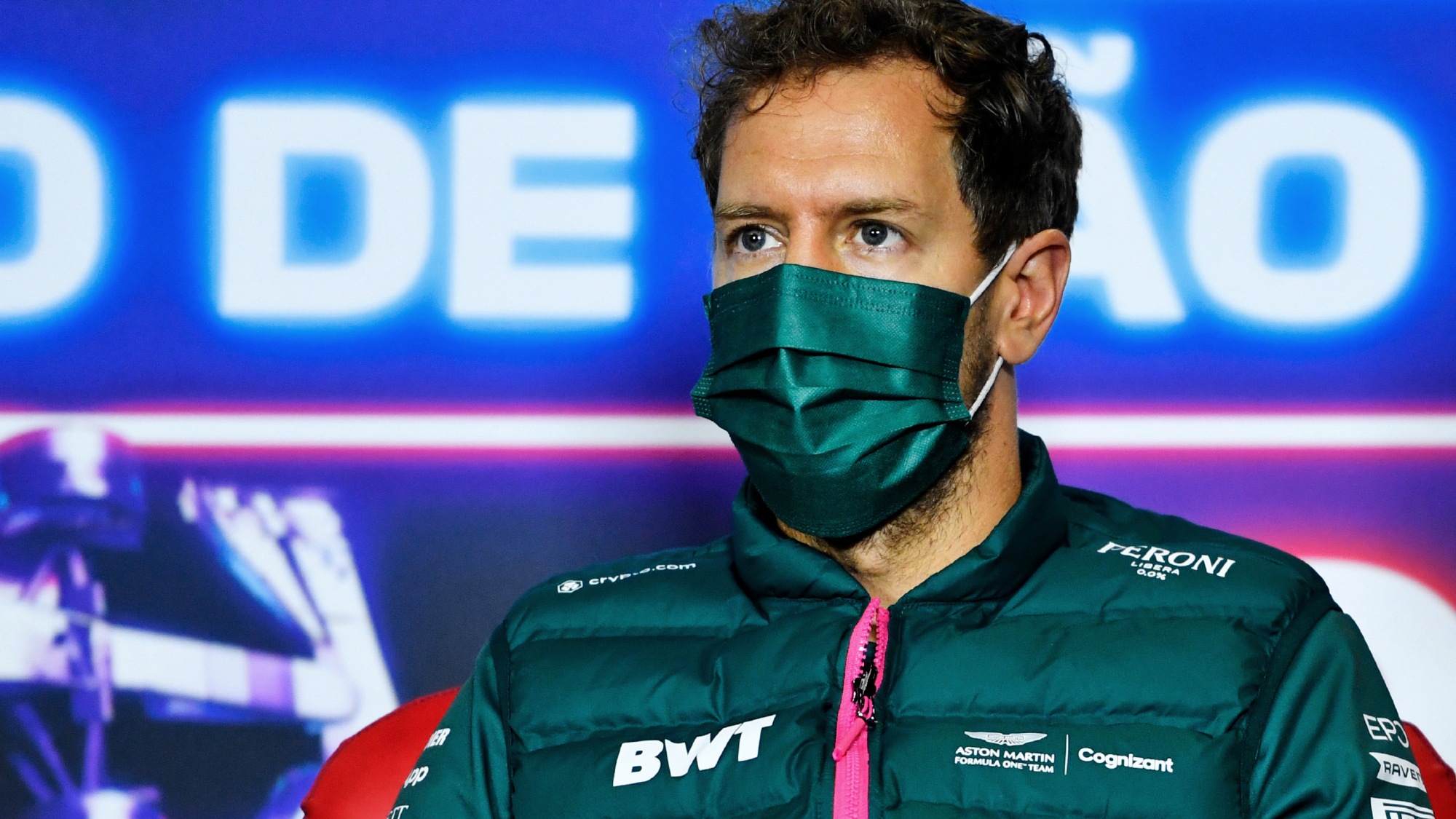 He’s become a vocal supporter for the betterment of society when it comes to sustainability this season and Sebastian Vettel’s researching of the subject shows no signs of slowing down.

Between the Mexican and Brazilian race weekends, he paid a visit to ex-F1 racer Pedro Diniz and his farm after discovering the ex-Sauber and Arrows driver’s post-race career while reading a book on sustainable farming.

He even squeezed a very high-level joke in there too.

“I find it a fascinating field – literally.

“It’s great, at least to me a great inspiration to see that, you know? That you find something maybe off the racing line that gives you so much joy and passion and purpose so it was really really nice to meet Pedro.”

Team-mate Pierre Gasly has stolen the attention at AlphaTauri as the Frenchman secured a brilliant fourth place last weekend to put the team level with Alpine in the standings.

Yuki Tsunoda was very frank in his admission that he’s still some way off the mark despite his rookie season coming to a close in the next month. Mistakes earlier in the year meant he was shipped off to Italy under the close watch of team boss Franz Tost and recently Alex Albon was moved to the team to serve as a driver coach for the Japanese driver.

Ahead of the Brazilian GP, Tsunoda says while he has improved he knows he is still some way from the expected level.

“The first half of the season I had consistently damaged the car and it’s true that I lost confidence, almost completely. After that, I tried to just have consistency but to achieve that I had to really, really back off the pace.

“Still, I’m not feeling like controlling the car 100% and definitely, there’s a lot of space to control it and to go on the limit.

“Alex helps from Turkey and he helps a lot especially when you have some idea after a session that how can I improve. I can ask him for help to confirm that does the right idea or even sometimes he brings some different ideas so definitely Alex helps especially like this track and he gave me a lot of experience from his years.”

Eyes on the prize 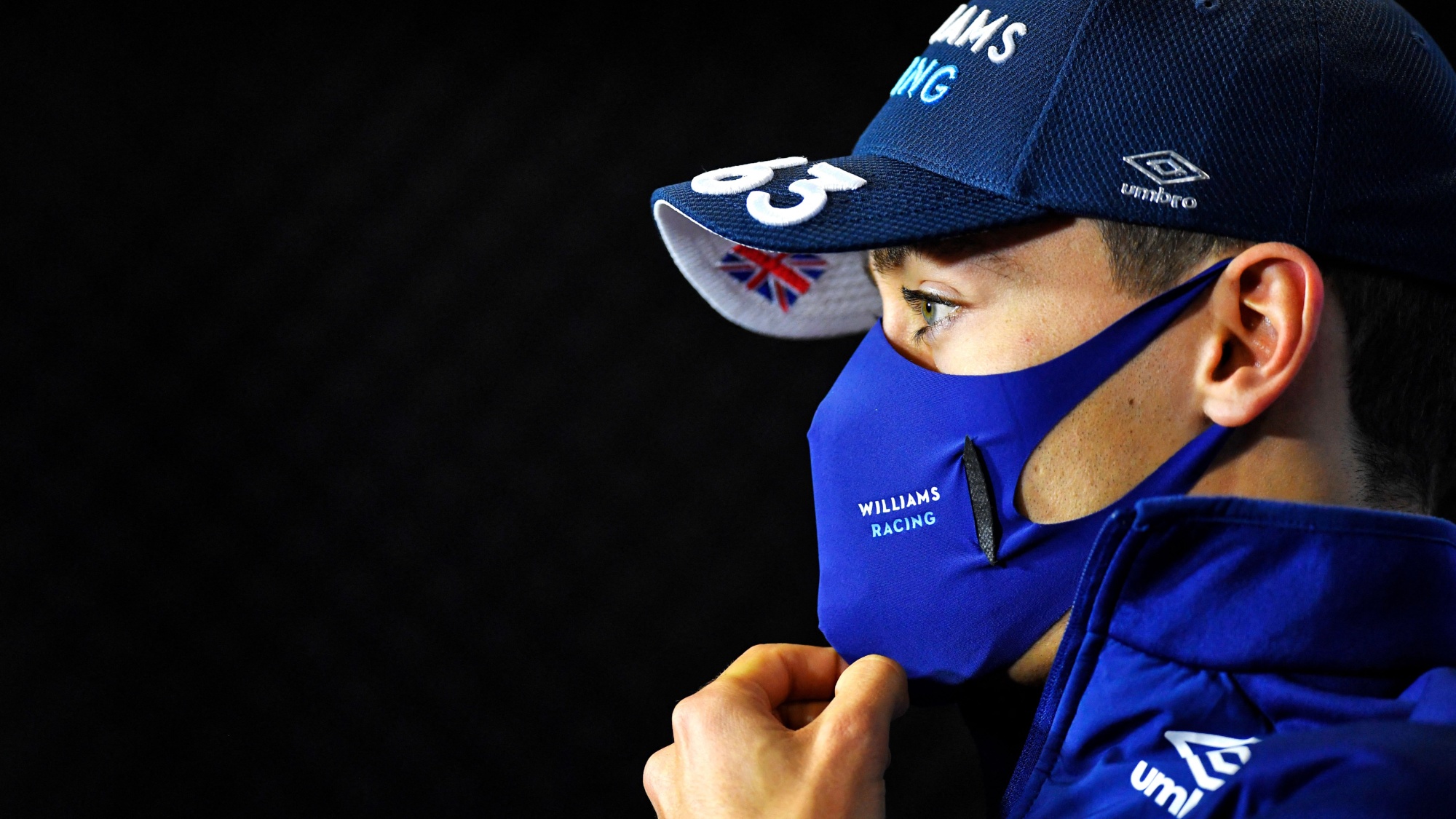 He’d be forgiven for just going through the motions until the end of the year but George Russell is keeping it professional up until the end and then right after too for good measure.

While he’s a Williams driver right now, his thoughts can’t be far off of all things Mercedes with his promotion up to the team alongside Hamilton next season. He already knows when his job starts and there won’t be much rest after the season wraps up at Yas Marina.

“It will be Monday morning after the Abu Dhabi race, 120% focus on all things Mercedes. I’ll be driving the test afterwards, as soon as I fly back from the test it’s straight to the factory.

“We’re gonna do some simulator, meeting more people. I’m in a very fortunate position because I’ve obviously spent some time with Mercedes as a team from 2016 all the way through until 2018. And still whenever we’re at the airport or the tracks, you know, I know them as well as I know almost everybody at Williams.

“I’m in a very fortunate position that I’m going into a group and the family that I know so well.”