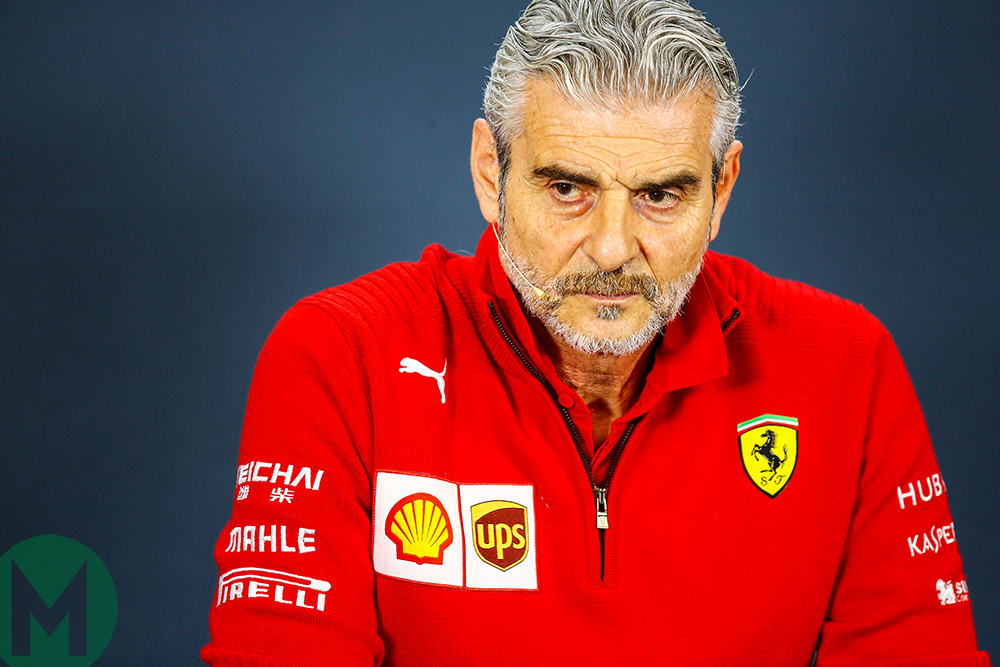 Ferrari has chosen to appoint technical officer Mattia Binotto as its new Formula 1 team principal in place of Maurizio Arrivabene.

The move was reported by Italian outlet La Gazzetta dello Sport this weekend and on Monday by Autosport.

UPDATED: Ferrari has released a statement on Arrivabene’s replacement:

‘After four years of untiring commitment and dedication, Maurizio Arrivabene is leaving the team. The decision was taken together with the company’s top management after lengthy discussions related to Maurizio’s long-term personal interests as well as those of the team itself.

‘Ferrari would like to thank Maurizio for his valuable contribution to the team’s increasing competitiveness over the past few years, and wish him the best for his future endeavours.

‘With immediate effect, Mattia Binotto will take over as Scuderia Ferrari’s team principal. All technical areas will continue to report directly to Mattia.’

But Arrivabene shrugged off any reports of his ousting, calling them “fake news” in November 2018. The former Phillip Morris communications executive became Ferrari team principal in 2014.

Binotto joined the Ferrari test team in 1995, moving up to the F1 team proper in 1997, and has fulfilled the role of chief technical officer since 2016.

Grand Prix editor Mark Hughes explained in November that the change would be motivated by a desire to keep Binotto at Ferrari and away from rival F1 teams.

He added, ‘It’s widely believed the late president [Sergio Marchionne] had planned to replace Arrivabene as team principal with Binotto.’