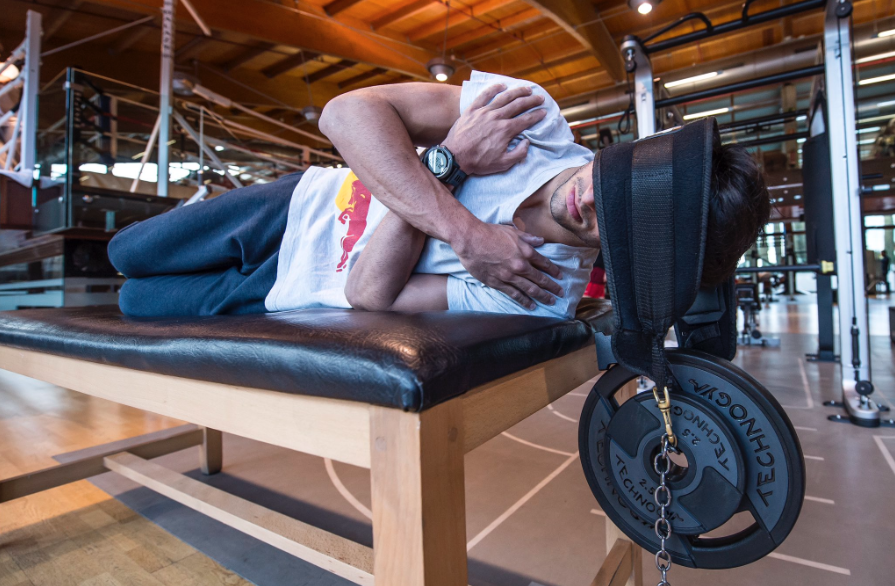 Driving a Formula 1 car will be a different game in 2017. Wider tyres and ground-hugging downforce will increase cornering speeds by up to 25mph, placing 5g of force on drivers’ bodies through F1’s most testing corners. Social media is awash with updates on the stepped-up fitness routines, as everyone prepares for a more physical F1 era.

Updated: Daniel Ricciardo has revealed how he prepared for the changes, telling Red Bull: “It has been a lot of fun, because it meant I could really get after the physical training side in the off-season rather than just top up and keep things at a certain level because the physical challenge wasn’t as great, or because we didn’t want to put weight on that we didn’t need. We went pretty hard.

“The emphasis was much more on the strength side of things, working on the core, the neck, that sort of thing. We looked back at last year’s programme and didn’t just try to go as hard or a little bit better, we went a lot harder to prepare for what we thought these cars would be like. I figure the cardio side will come when we get more laps in the car and get used to that. It’s hard to make big gains in strength once the season starts, because it’s so hard to get a block of training in. January was pretty gruelling physically.”

Barcelona provided the teams and drivers their first runs in anger with the new cars and regulations. For Ricciardo at least, the changes have had the desired effect. “On the first day it was a bit too early to say whether the new cars really ticked all of the boxes the rule changes had in mind,” he writes. “But by my second day in the car, day three, I think I realised more of the potential of what these cars could be. The high-speed corners will be as quick as they’ve ever been, maybe even quicker. Take Turn 3 at Barcelona for example, and we weren’t exactly cruising through there before … Turn 3 last week was completely flat, no lift off the throttle at all.

“I haven’t compared last year’s data to this year’s, but it wouldn’t surprise me if we were 35-40km/h quicker through there, and it was already a 220km/h corner last year with a big lift … It’s a big jump, not a gradual one, and things will be coming at us pretty quickly at some circuits, that’s for sure. It’s going to increase everything – the intensity, the physicality, the fatigue factor, and I welcome that. It’s cool, and it’s what Formula One should be. We’ll all adapt, but there’s no masking that it’ll be a much more physical task this year, and that’s good for the fans and for us drivers.

Marino Franchitti, who has driven LMP1, LMP2 and GT machinery, believes the drivers will already be feeling the increased loads and stresses of the new cars. “No matter how diligent you are, the morning after the first test, when you wake up, it feels like you’ve been in a shunt as your neck is so stiff.”

“That first day, no matter how well you’ve prepared, your neck will start to give up, especially if you get a new tyre run at the end of the day! You’re training for the year ahead, but really your big focus is that first test and hitting it with enough muscle to help you live through that first day. Over the winter you’re spending more time on strength training than you do during the season.”

Increased downforce and greater grip will introduce circuit-specific challenges for 2017, with lap times projected to fall by between two and six seconds compared to those recorded in 2015.

Speaking at the launch of F1’s wider 2017 tyres, Pirelli’s motorsport director, Paul Hembery, explained where that time will be found. “The drivers that have been in the simulators certainly note that the number of corners that are flat out is greatly increased.

“A lot of them talk about Silverstone as being one they’re all looking forward to. Monza, Suzuka, they’re going to be a very new experience from the driver’s point of view. Barcelona turn three, where they start the season off, will be flat-out for the first time in a number of years.” 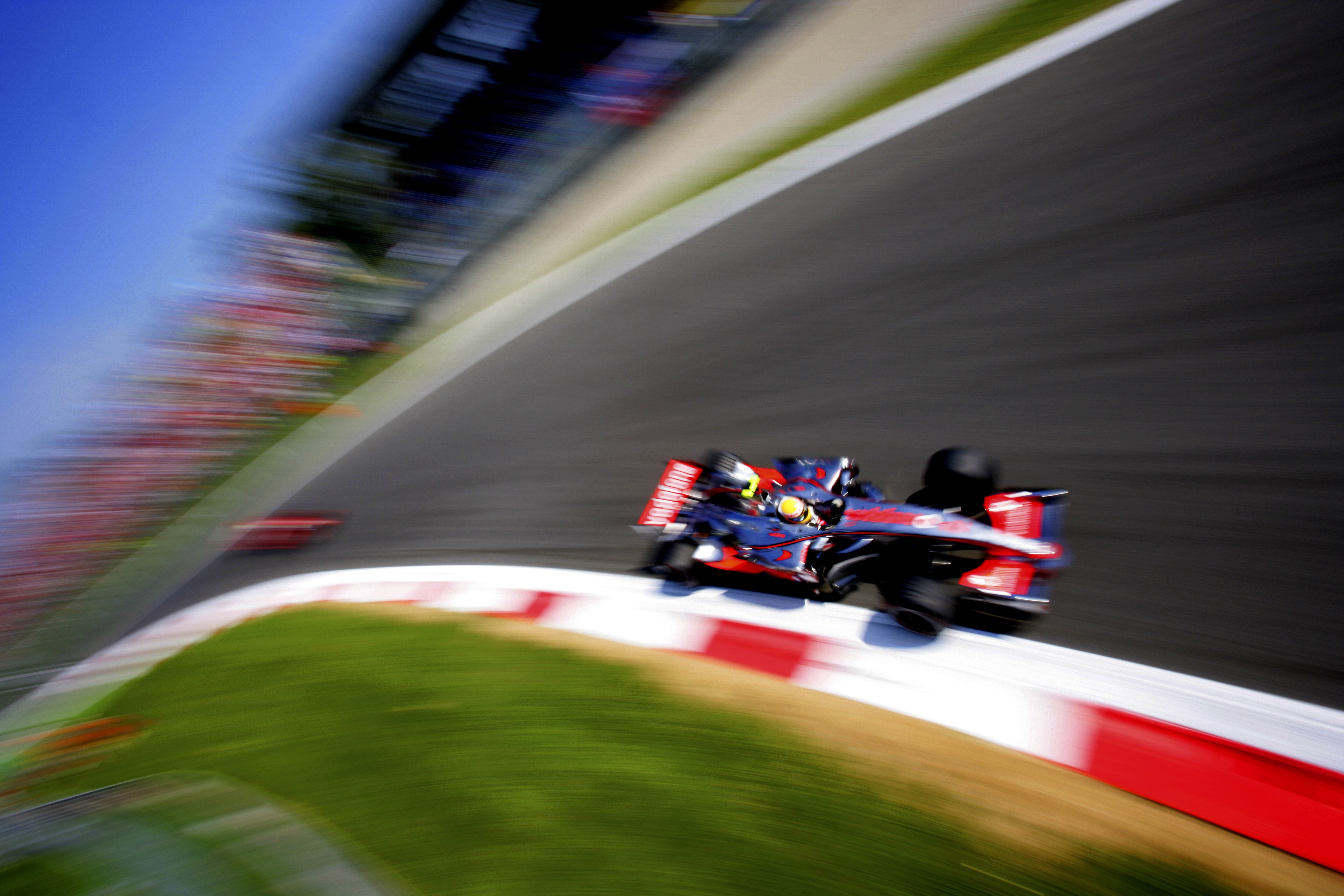 Pirelli expects a 1g rise this season, increasing overall load to 5g through F1’s toughest corners. As such, drivers’ necks will have to support the weight of head and helmet weighing five times heavier than normal when under load.

“You would be amazed how quickly your neck grows,” Franchitti says. “During my first year with serious downforce, I gained nearly two inches on my shirt size. To get them to fit that neck and a slim body takes some serious tailoring!

“Core strength is a massive part of it, as are your gluts. You’d be amazed how much strain is put through your lower back and backside as your unsecured legs are put under those massive gs.

“The muscle we need is lean muscle, not big, bulky ones that just add weight and take more oxygen to run, so that means lots of reps in the gym. We use resistance bands and weighted helmets. Technogym even made Schumacher a special machine just for working his neck, which is meant to be very, very good.

“It’s amazing how quickly those special muscles become strong and you generally don’t suffer like that again during the season. That’s unless it’s an anti-clockwise track, as your left side is always weaker from mostly clockwise circuits. Brazil will be interesting this year!

“You continue with strength training during the season, but it’s more maintenance and the usual cardio training. From this schedule, your weight drops as your race fitness increases”.

F1’s youth has emerged spectacularly in recent years, with F1’s two youngest ever drivers, Verstappen and Stroll, lining up in competitive machinery on this year’s grid. The physical and mental challenges of F1’s new era may test them most, as they are yet to experience the brutality of faster cars from past years.

F1’s new physicality will also shift emphasis back towards driver ability, something that has delighted Hembery.

“They are the heroes that people remember,” he says. “Anything that’s done in the future needs to bring the driver to the forefront, so when you see the end of the race, you saw that he or she was the best driver and deserved to win”.

This shift towards a more physical test has been well received in other racing circles. It could be likened to the brutal turbo era of the 1980s where qualifying tyres and engines pushed drivers to physical limits.

Emerson Fittipaldi recalled such times for Motor Sport in 2007. “I didn’t like the ground-effect cars that were coming in by 1980. There was not so much finesse in driving them. You just had to have big balls. Every extra kph of speed you carry into the corner you increase the downforce, but when you lose it, skill doesn’t save you”.

The physicality and danger of the 1980s turbo missiles also disillusioned Gilles Villeneuve. Speaking at Rio a few weeks before his death, Villeneuve described their extraordinary discomfort.

“You know how much I love driving, but I hate these cars. There are moments when you lose vision – everything goes blurred. The g forces are unbelievable, and the steering is ridiculously heavy. There is no suspension – your legs are flung around in the cockpit, your head hits the rollover bar… you become aware of not enjoying driving a race car.” 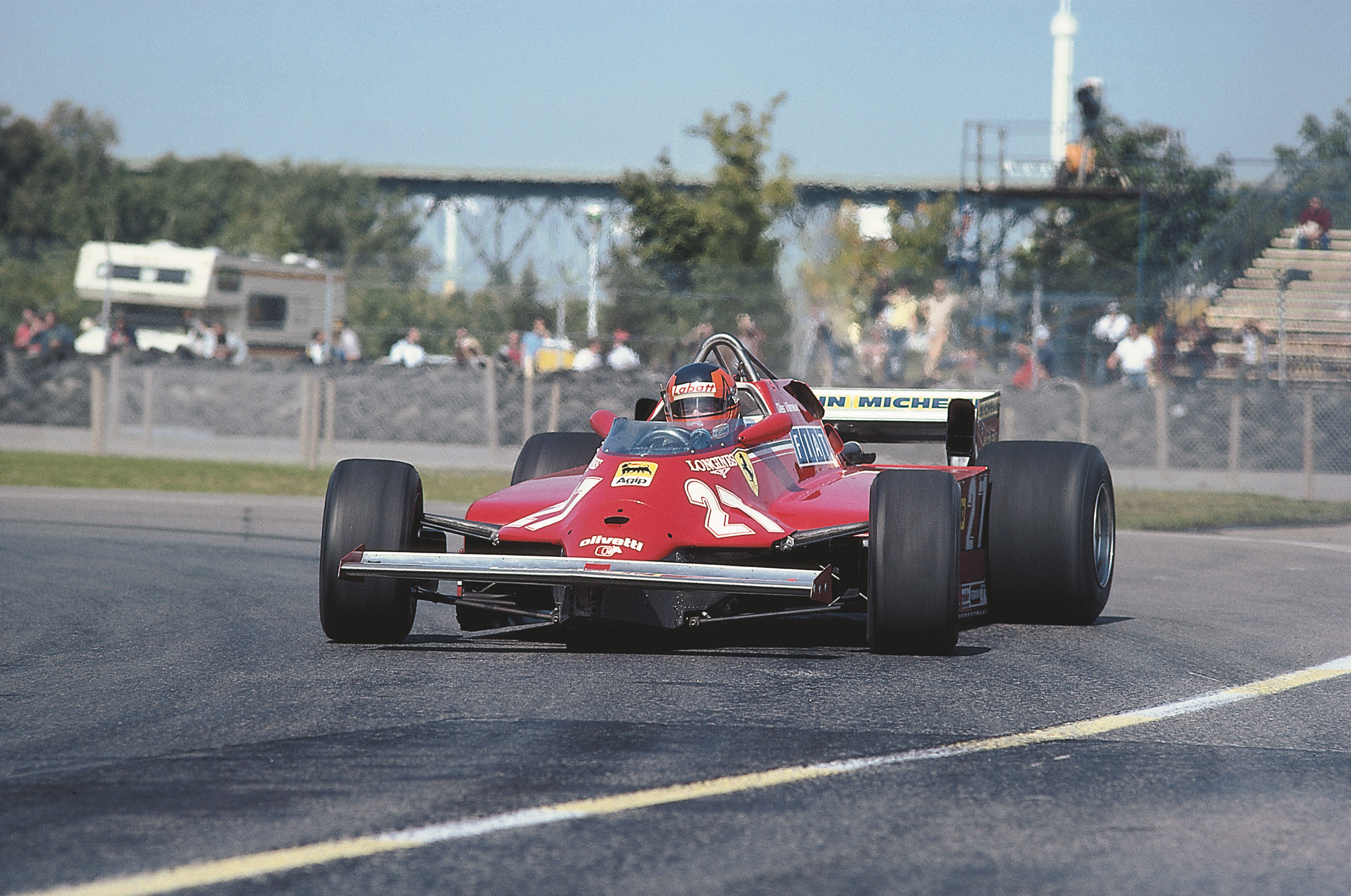 Whether F1’s intensified physical dimension will play out as visually as the 1980s, where drivers fought for control of their ground-effect turbo missiles, remains to be seen. But faster cars with more grip will undoubtedly add a new dimension to 2017 competition and shift emphasis back towards driver ability and performance.

Franchitti’s experience suggests Barcelona pre-season testing will be gruelling this year, as driver fitness regimes are converted into on-track performances in high-grip, high g force machines. Any driver who enjoyed a lazy winter break will be caught out by F1’s physical new era.