Lewis Hamilton’s positive Covid-19 result means his record-setting run of consecutive starts and points-finishes will come to an end this weekend in Bahrain, and it’s another McLaren protégé that is set to replace him.

Stoffel Vandoorne currently serves as the Mercedes reserve driver and competes for the manufacturer’s Formula E team. He is expected to arrive in Bahrain following the end of the electric series’ pre-season test in Valencia later today.

Should he get the nod to replace Hamilton, it won’t be the first time he has taken over from a world champion driver in Bahrain.

Vandoorne, like Hamilton, rose through the junior ranks as part of the McLaren Young Driver Programme, and eventually graduated to a race seat with the team in 2017 alongside Fernando Alonso for the 2017 F1 season.

A year before his full-time F1 debut though, the Belgian driver made a cameo appearance in place of his ’17 stablemate following Alonso’s heavy crash and flip at the season-opening Australian Grand Prix in 2016.

That appearance came in Bahrain, and it was more than a low-key replacement drive to the flag. Vandoorne kept his nose clean throughout the weekend and out-qualified his world champion team-mate in Jenson Button to start 12th.

He managed to avoid the squabbling Carlos Sainz and Sergio Perez as the pair made contact into Turn One in the opening stages. Staying ahead of his vastly more experienced McLaren counterpart was made easier on lap six when Button suffered an ERS failure.

He continued to push and became the first Belgian driver to score an F1 point since Thierry Boutsen at the 1992 Australian Grand Prix, joining an exclusive club to score points on their F1 debut with a P10 finish.

Back to the present and Vandoorne has been busy rebuilding his reputation after a demoralising time during his two seasons at McLaren, by racing with Mercedes in Formula E

He is the series’ most recent winner, taking his first Formula E victory at the final race in Berlin and finished runner-up in the championship to António Felix da Costa in his second season in the electric category. 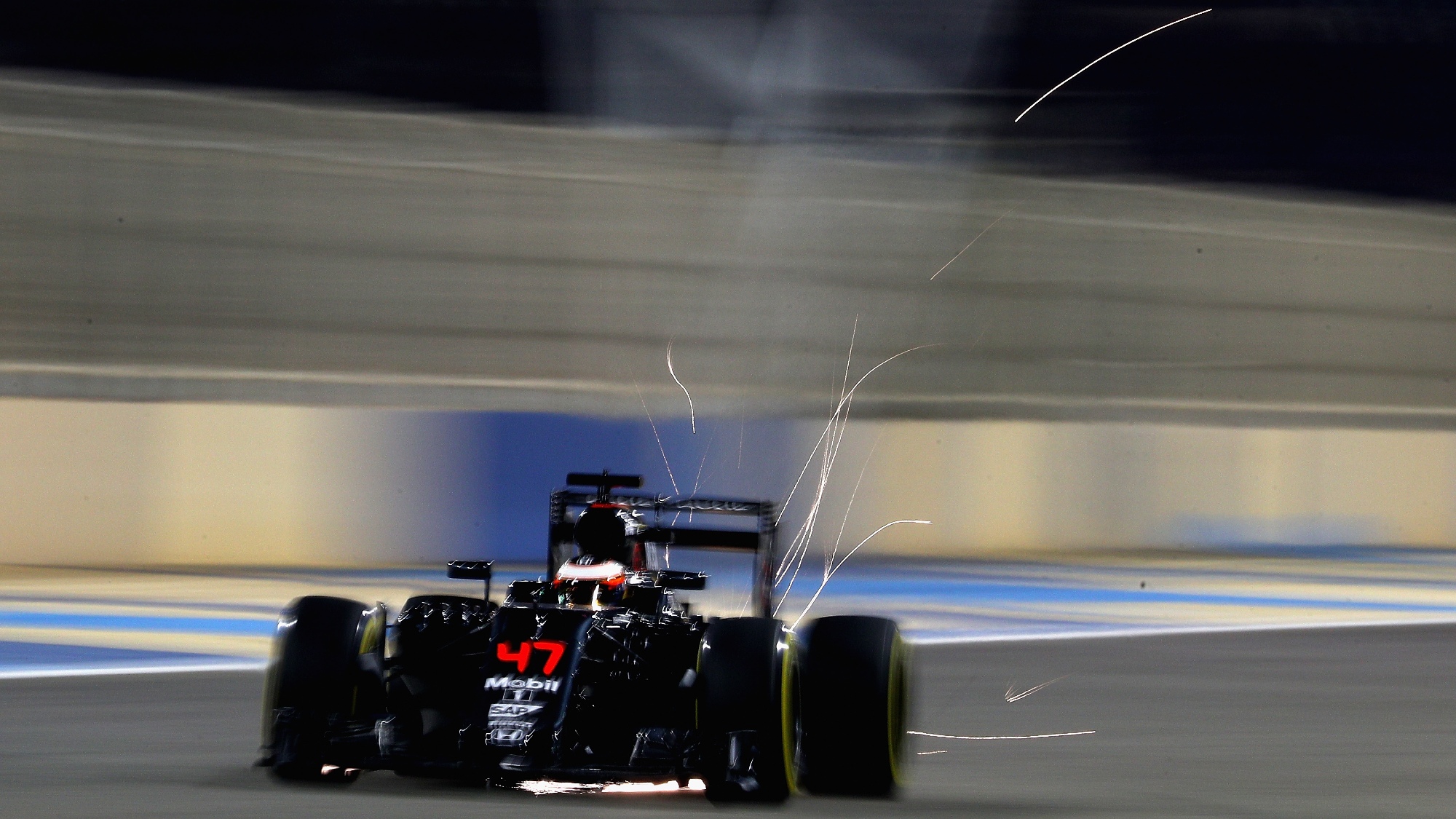 Vandoorne scored a point on debut in Bahrain back in 2016

He was also announced as the simulator driver for Mercedes in 2019 before being named as a reserve driver for this season back in February.

Earlier this year, with Sergio Perez’s positive test and Racing Point opting for Nico Hülkenberg to replace him, Mercedes was shaken into gear to ensure its own reserve driver system was in order and discovered that its other reserve Esteban Gutierrez no longer qualified for an FIA superlicence.

With no track time in the past three seasons during a grand prix weekend and a shortage of testing mileage in the intervening months since the British GP and discovery, it effectively rules out the Mexcian for a drive this weekend.

Following a week of testing at the Circuit Ricardo Tormo in Valencia, Vandoorne was scheduled to fly to Bahrain to fulfil his duties with Mercedes ahead of Lewis Hamilton’s positive coronavirus test announcement but now looks most likely to replace the 2020 champion for the Sakhir Grand Prix.

A low key acknowledgement on social media as the news broke shows he is still keeping his cool, but in reality, it is likely that he’s contemplating his best chance yet of a a maiden Formula 1 victory.