Against all indications from all three practice sessions, an inspirational qualifying lap from Max Verstappen secured pole position for the title showdown at the conclusion of the most intense season in Formula 1 history.

“Ha! We didn’t expect that one!” Verstappen said on his slowdown lap after he’d taken the Abu Dhabi pole with 0.38sec in hand over championship rival Lewis Hamilton.

Yes, Sergio Perez had given Max a tow on his critical first Q3 run, but that amounted to a tenth, not almost half a second. And when he’d done his practice start at the end of FP3, Max had done so on the soft tyre from grid slot number two, perhaps betraying the scenario Red Bull was anticipating.

The difference in starting tyre between Max, on the soft, and Lewis on the medium compound Pirelli, could end up being a key factor in the race, but even so, the pace offset when the pair of them were on the soft in Q3 was a big surprise. And Verstappen’s long-run pace on the soft in the cooler of the two Friday sessions (likely mirroring race conditions) had been impressive too.

Verstappen admitted afterwards that he would rather have started on the medium tyre had he not flat-spotted his potential race set in Q2 going for an extra lap as Red Bull sought to protect themselves against track evolution. He then swapped to the softs and set his quickest Q2 time on those.

Team principal Christian Horner, however said, “The starting tyre was 50/50 when we discussed it this morning, so we’re not overly upset about starting on the soft, and track position is crucial.” The Red Bull’s launches on harder compound rubber have not been spectacular across the last three races.

Horner was effusive about the quality of Veratappen’s pole lap, especially as Red Bull had been forced into running a skinnier rear wing than it might have done in order to fight Mercedes’ straightline speed. 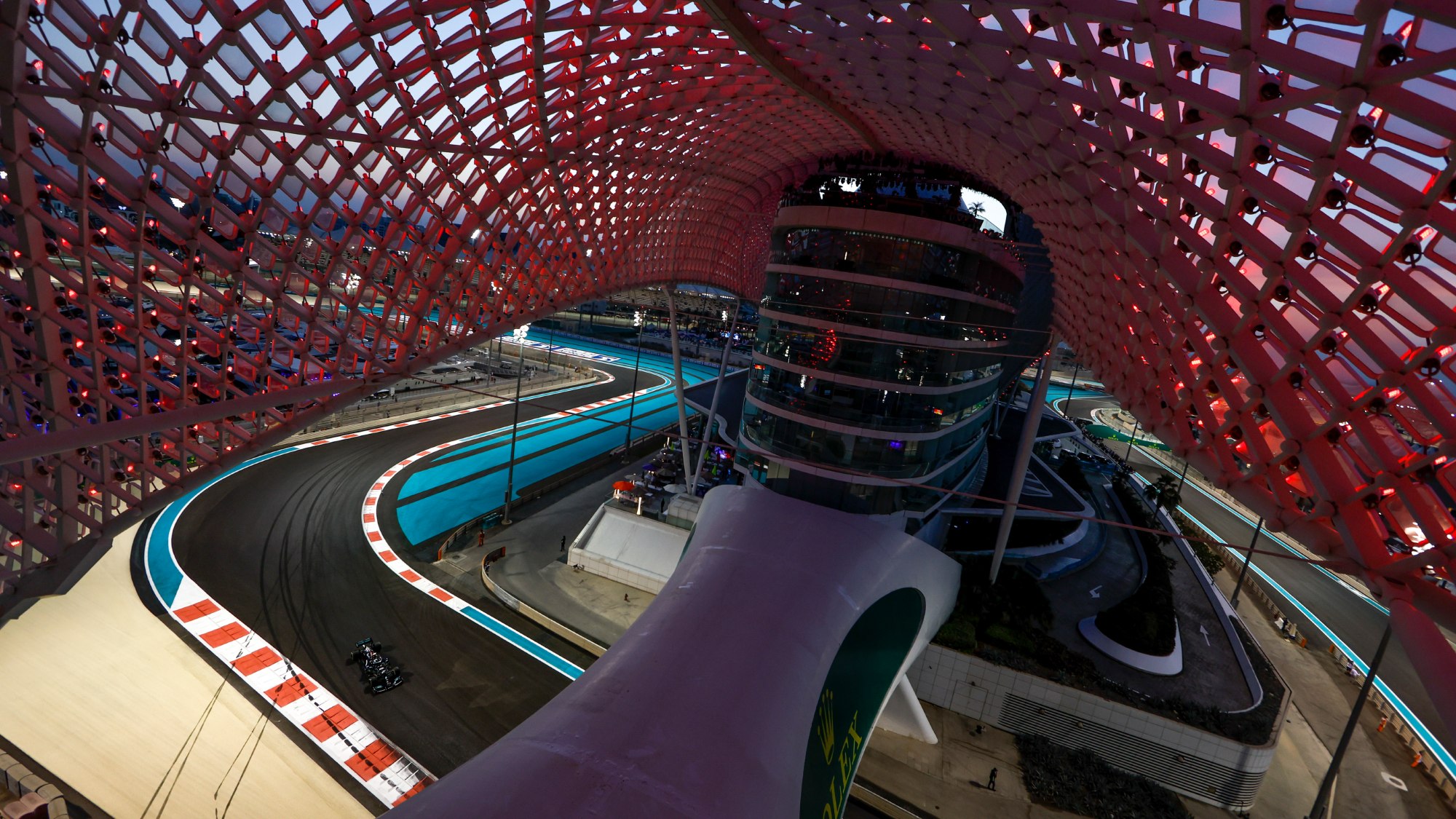 “I think it was one of Max’s best laps of the year,” Horner stated. “His last sector, given the level of downforce he had, was just insane.” Verstappen produced a lap very similar to a week ago in Saudi Arabia, except this time he completed it.

It was so good that it made you wonder whether Hamilton had underperformed. But, emphatically, he did not.

“I lost a bit of time in Turn 5 on my first Q3 run,” Lewis admitted, “but the second one was clean. Maybe it was tyre prep but Max did a great lap and I couldn’t compete with that.”

Just how good was Verstappen’s lap? Well his season’s average delta to team mate Sergio Perez in qualifying is 0.439sec. This time, he was 0.838sec clear of the Mexican, who was still fourth quickest, ahead of Valtteri Bottas. That’s how good it was.

And Hamilton, an average of 0.235sec quicker than Bottas in qualifying this year, was 0.556sec ahead of Valtteri, so nothing missing there either.

Hamilton may have some opening lap jeopardy to handle when you consider that the next three cars on the grid, an inspired Lando Norris’s McLaren, Perez’s Red Bull and Carlos Sainz’s Ferrari, all go to the grid on the soft compound Pirellis.

“I’m a bit nervous. I don’t want to cause controversy, so I don’t know whether I go for the move or not…”

Norris has made some lighting getaways and the McLaren is quick in a straight line, not the sort of car Hamilton would want to find himself behind at the end of the opening lap.

Perez was actually a bit frustrated to be starting on the dirty side, behind the McLaren, with a lap just a hundredth slower. “I wish I could be P3, but I lost out in the final corner,” he explained.

But, will Lando want to get involved in the title battle? There is a lot of mutual respect between Hamilton and Norris. Post-qualifying it didn’t sound as if he knew the answer to that himself!

“I’m a bit nervous. I don’t want to cause controversy, so I don’t know whether I go for the move or not…” On the other hand, if he’s backward in coming forward, Perez and Sainz certainly won’t be.

The other thing is, Norris would like to finish best-of-the-rest in the drivers’ championship and is currently four points behind Charles Leclerc, whose Ferrari starts seventh. There was a good line from Lando when, earlier in the weekend, he was asked how he planned to beat Charles.

The Red Bull junior team looked indecently quick throughout practice and, with the battle for fifth place in the constructors’ championship all but lost to Alpine, you do wonder about AlphaTauri’s Abu Dhabi modus operandi being based solely around the interests of the senior team.

Yuki Tsunoda has been improving and, in Saudi, showed sufficient pace to make it through Q2 on the medium compound tyre for the first time this year. He looked like being a contender for the second or third row here, until he had his best lap deleted for track limits at the final turn. He now lines up further back, eighth. One potentially loose cannon that Mercedes maybe now doesn’t need to concern itself with.

Pierre Gasly also had his quick lap deleted for track limits at Turn 16 and starts 12th, but didn’t sound too devastated when told about it. Call me a conspiracy theorist, but never having started lower than that all year, does he go to the grid with hard tyres and half a tank of fuel? Such things have been known…

The fact is, if Hamilton does not finish the race, Verstappen is world champion. But, after Saudi, Max is a marked man, so much so that race director Michael Masi saw fit to include a passage of the International Sporting Code in his pre-event notes.

“any infringement of the principles of fairness in competition, behaviour in an unsportsmanlike manner or attempt to influence the result of a competition in a way that is contrary to sporting ethics” can be punished.”

And that range of punishments includes points deductions.

In ’97, even though Villeneuve won, in a bit of an empty gesture all of Schumacher’s championship points were taken away as FIA president Max Mosley wanted to be seen to do something. To us of advancing years it seems like yesterday, but it’s worth pointing out that at the time Max Verstappen was just over three weeks old! Jos will know all about it though…

Verstappen has been aggressive all year (Imola, Barcelona, Monza twice, Interlagos and Jeddah) but the irony is, the biggest championship-changing contact of 2021 was Silverstone, Hamilton’s fault, which produced a 43-point swing (the 25 Hamilton got for being able to win despite his penalty – and the 18 Max didn’t get for finishing up in a 51g impact instead of finishing at least second). 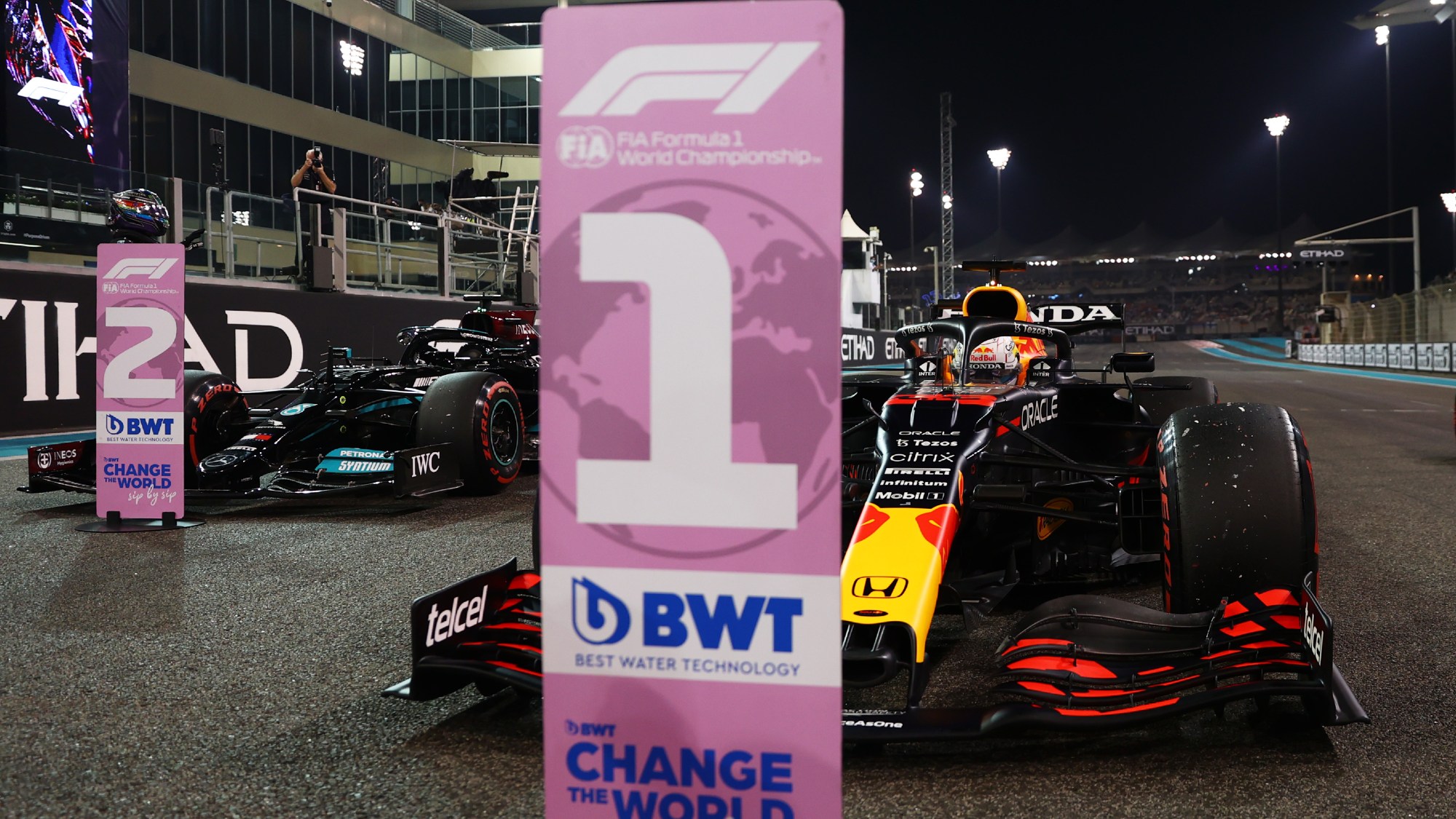 Senna-logic with Prost was okay, I owe you one, and he had no compunction about levelling the score when the title was at stake, and to hell with the show. Not that I commend it.

The whole elbows out versus racing room thing is exacerbated by DRS. For example, no driver worth his salt allows a rival around the outside of him at Turn 4 in Brazil when he hasn’t made a mistake, but DRS often means that the lead car finds itself vulnerable when it shouldn’t be. That’s hard to mentally process when it’s something you haven’t previously encountered since starting karting almost 20 year earlier.

The counter-argument, of course, is that they’ve been in F1 long enough and should give a rival racing room, let him go if necessary and re-pass with DRS the following lap. Okay in theory, but not in practice when you can’t stay close enough in the dirty air after being passed and you’re racing a rocket ship, as Verstappen was in Brazil.

It’s a 21-race championship and so, is it right that the Masi warning should have come this weekend? And will it impact on Verstappen’s racing mind set? Unlikely, you’d think.

“What’s the difference between this race, for example, and Silverstone or Hungary (where Verstappen was taken out by a locked-up Bottas)?” Horner asked earlier in the weekend. “There has to be consistency.”

The way the grid has been settled for tomorrow, first corner contact now seems a lot less likely.

“I’m grateful that I can see where he is and we can navigate from there…” said a smiling Hamilton.

But, and it’s a big ‘but’, that’s not to say that they will not be battling over the same piece of tarmac later in the afternoon. If you were fighting for your first world championship, would you want Lewis Hamilton starting right behind you on a potentially favourable tyre? This one is far from over.