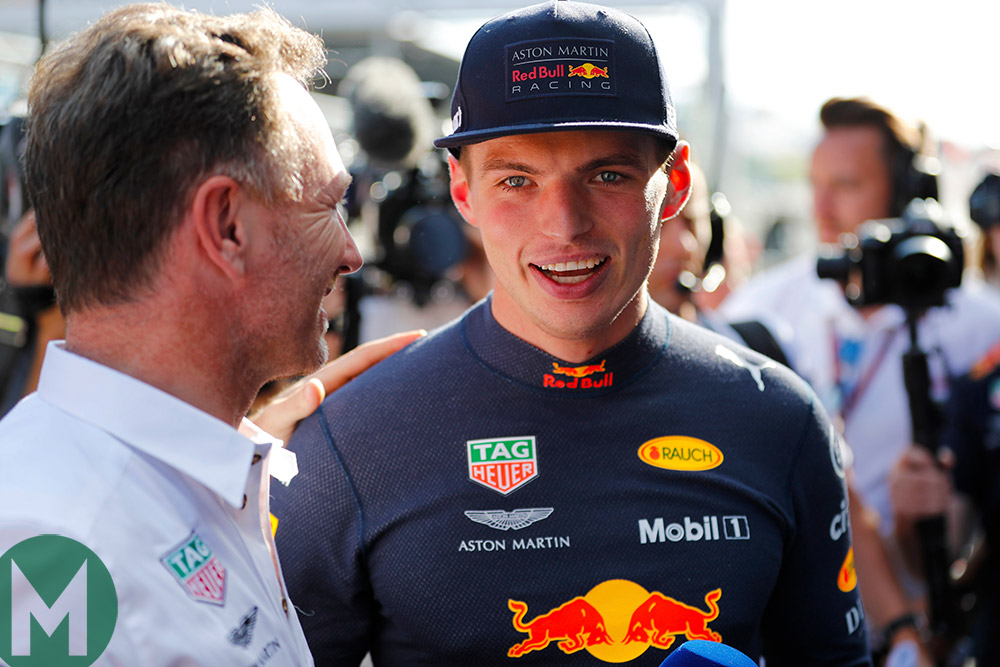 The Dutchman, who celebrated his fourth career Grand Prix success by nursing his tyres to victory last time out in Austria, told Motor Sport that he currently has little interest in looking outside F1 for a challenge.

His views fly in the face of the current resurgence of active Grand Prix drivers tackling other disciplines – such as Alonso chasing world motor sport’s ‘triple crown’ with victory at Le Mans last month and an appearance in last year’s Indy 500. Renault star Nico Hülkenberg also won Le Mans with Porsche back in 2014.

“I think that [looking outside of F1] mainly happens with drivers who are not winning,” he says at a pre-British Grand Prix media event with Aston Martin. “At the end of the day being unable to win isn’t nice and winning gives you the motivation to keep going.

“Fernando has not been in the position to win for the last few years, and that probably makes you want to try different things – he went and won Le Mans, which must be an amazing feeling, and good for him.

“My Dad [twice F1 podium-finisher Jos] had the same. He was in F1 and not winning, and eventually there comes a point when your motivation just disappears, and it’s killing you from the inside.

“When you have the best car on the grid, everybody can win with that car. I think any F1 driver from the last four years could have won in the Mercedes and I think everybody knows that.

“You don’t see Lewis [Hamilton] going off and doing these other things because he is in a winning position and doesn’t need to go anywhere else to get that feeling. It’s also the same for me. I’m in a position to fight for Grand Prix wins here and my motivation is very high, so I don’t want to go off and do Le Mans or IndyCar or whatever right now.”

When asked if he saw himself heading to La Sarthe in the future, Verstappen quipped: “Maybe, if I end up old and slow, then I’ll look at it.”

Red Bull has struggled in the power stakes against both Mercedes and Ferrari in recent seasons, and its crumbling relationship with engine supplier Renault has led to the Milton Keynes team agreeing on a switch to Honda engines from next year.

That will make Red Bull the Japanese brand’s highest-profile partner, essentially guaranteeing the team manufacturer status. While Honda is still largely unproven in F1 since its return as an engine supplier in 2015, Verstappen added that such a relationship with a manufacturer would be crucial to push the team forward.

“I think if you are fighting against Mercedes and Ferrari you need to have a factory treatment, because that’s what they are,” he adds. “They will try to optimise everything for any race weekend and of course we would like to have the same, and from next year it will be like that with Honda.

“The team took the decision to change [from Renault], and of course they consulted me as it’s my future too. But the team makes the decision and we’ve been talking about it for a long time and seen a lot of GPS data. The possibilities are a lot bigger working with Honda and they want to show the world that they can build a good engine.

“Of course, we don’t know the full story of what happened when Honda was with McLaren, why the engine didn’t work or why the team wasn’t performing. It’s good this year for Honda to work with Toro Rosso and to learn and keep developing, which should put us in a good position for next year.

“We just need more horsepower because right now, our car is very strong. We probably have the best car, we’re just waiting for the best package.”