Max Verstappen will start ahead of his title rival Lewis Hamilton on the front row of the grid for the Abu Dhabi Grand Prix.

The Red Bull driver claimed pole with the help of a brilliant tow from team-mate Sergio Perez and found great time in the final sector to take the top spot.

Lando Norris will line-up third on the grid for McLaren after a great lap on his final effort.

Perez got the favour returned to him on his flying lap and will be fourth on the grid while Valtteri Bottas couldn’t get close to his team-mate and lines up sixth.

Here is how qualifying for the title-deciding Abu Dhabi Grand Prix unfolded at Yas Marina.

Sebastian Vettel was the first driver out onto track as the sun began to dip in the sky with quite the queue behind him.

Both Red Bull, Aston Martin and AlphaTauri drivers were onto the circuit immediately, Max Verstappen fitted with the soft tyres.

Only Ferrari fitted the mediums for their first runs while both Mercedes, McLaren, Alpine and Williams drivers sat in the pits.

A 1min 23.680sec was the best effort in the opening moments, Verstappen going top of the pile by 0.287sec from Pierre Gasly with 13mins remaining of Q1.

Lewis Hamilton responded next, going four-tenths quicker to go fastest with a 1min 23.266sec with Valtteri Bottas filtering into second a tenth down on his team-mate’s time.

Carlos Sainz and Charles Leclerc were 10th and 12th respectively after their first runs on the medium tyres, 1sec down on the ultimate pace.

Sergio Perez was ninth until a second effort was good enough to go third-quickest. Likewise, Verstappen went for a second lap on the same tyres and improved to second, just 0.056sec off of Hamilton’s time. 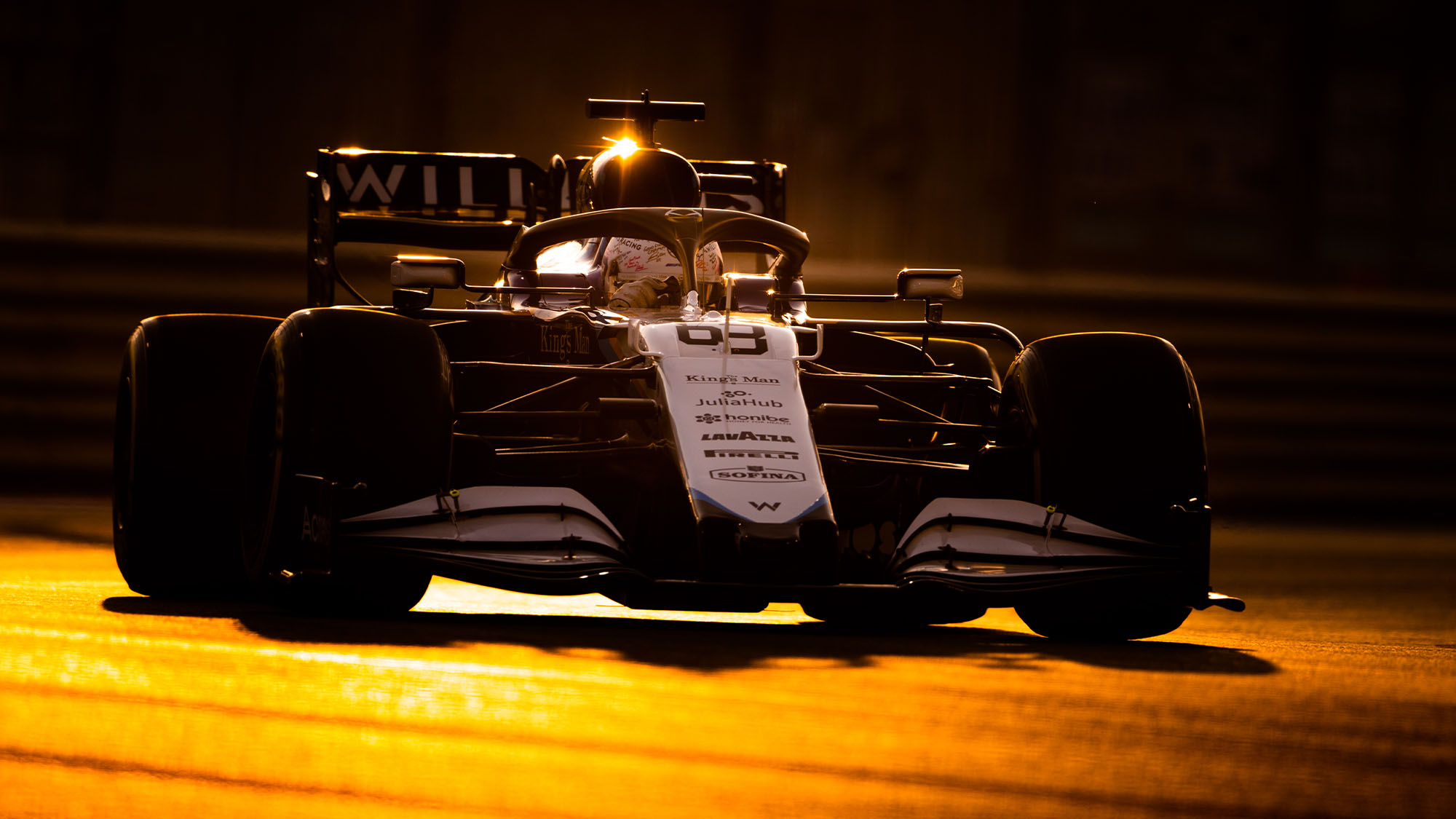 As the sun sets on his WIlliams career, Russell was unable to get out of Q1

Gasly was the first to have a time deleted for exceeding track limits at the final corner. He dropped from sixth to ninth.

Lando Norris went fourth fastest for McLaren but Mick Schumacher had previously tagged the bollard on the inside of pit entry into the final corner, knocking it onto the racing line. Norris ran over the bollard and spat it out further along the circuit completing his lap.

The debris brought out a red flag to recover the debris after it settled further down the pit straight with just over seven minutes remaining of the first session.

The pause was only momentary and was back underway just a handful of minutes later with Antonio Giovinazzi and both Ferraris on track immediately.

Sainz and Leclerc abandoned the medium tyres and both opted for the softs for their final runs. They improved to 10th and 6th respectively with two and half minutes left.

Replays showed that Vettel was baulked by Esteban Ocon in the final corner on a previous flying lap as the Frenchman opened his. Stewards opened an investigation into the incident.

Hamilton lined up one final flying lap as the clock ticked closer to zero, almost three tenths up on team-mate Bottas who followed him to improve to P2.

Nicholas Latifi lifted himself out of the drop zone only for compatriot Lance Stroll to knock him back down into the elimination zone.

Red Bull had threatened to go with the soft tyres in Q2 but ventured out on the yellow-walled medium tyres, mirrored by Mercedes.

The two Black Arrows headed up the field on track with the AlphaTauris and Red Bulls in close formation further back.

Race engineer Pete Bonnington informed Hamilton that the mediums would take more work to fire up properly versus the softs to prepare for his first flying lap.

Hamilton got it right and set a 1min 23.185sec and was closely-matched by Verstappen who went second-fastest, just 0.004sec down on his rival. Bottas wasn’t far off either, 0.063sec down on his team-mate in third.

Gasly reported a brake issue after completing a lap good enough only for 10th, some way down on Tsunoda who was fourth-quickest.

Verstappen went for a second run but locked up heavily on his mediums into Turn 1. He immediately reported “massive flatspots” causing a headache without any new sets of mediums left to use up. 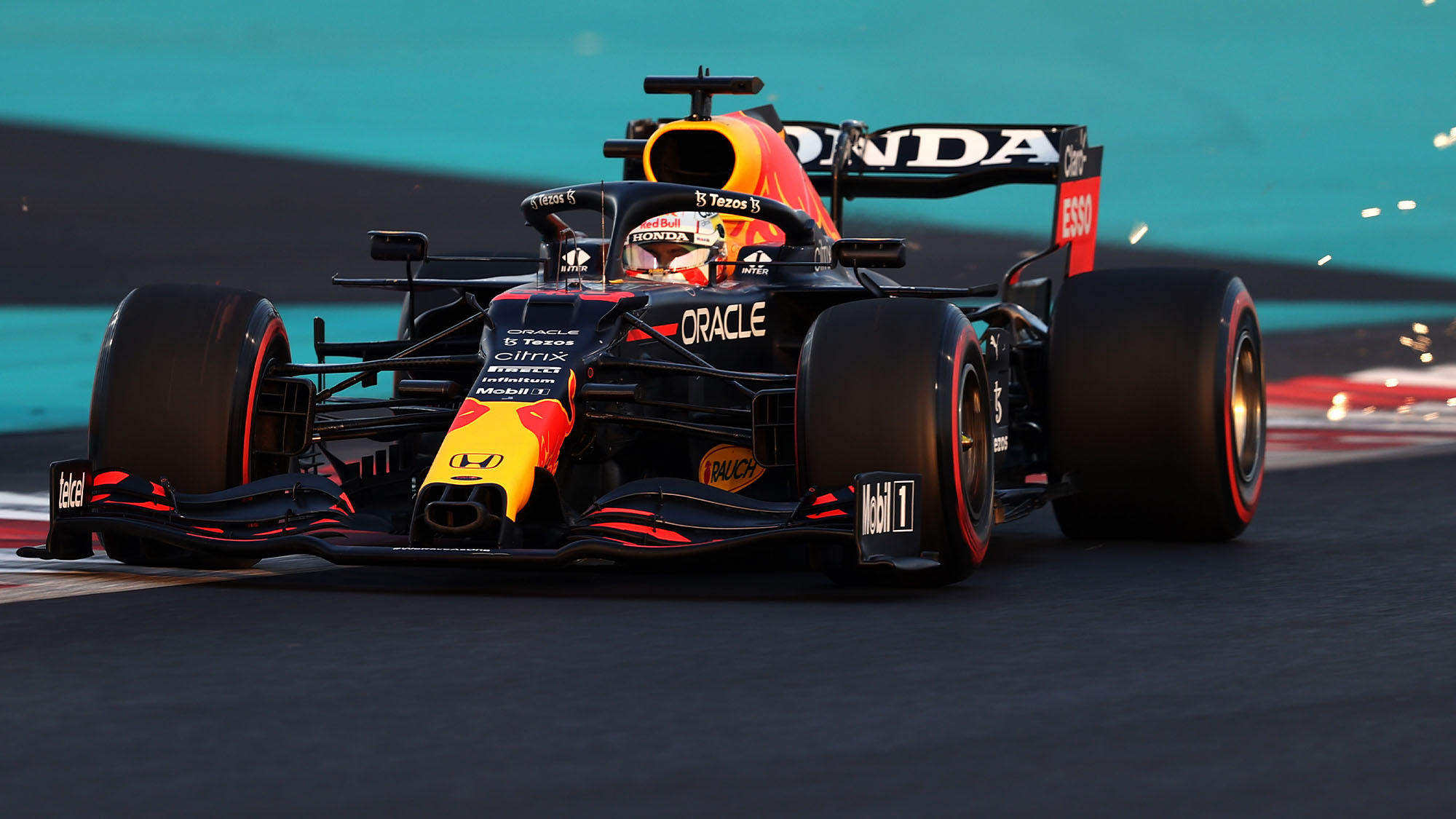 After flat-spotting his tyres early in Q2, Verstappen was forced to use a set of soft tyres to set a faster time

Ferrari ran the soft tyres and popped up with competitive times. Leclerc went fourth-fastest while Sainz went fastest of all, 1min 23.174sec.

With five minutes remaining, the top five were separated by just 0.072sec while Daniel Ricciardo, Stroll, Antonio Giovinazzi, Vettel and Gasly were the drivers in danger of elimination. Perez was on the edge in 10th, 0.577sec down on the fastest time.

Verstappen and Perez re-emerged from the garage on soft compound tyres while Mercedes stuck with the mediums.

All of the drivers fought for the exact same section of track with Sainz calling it “a race already” as the field bunched up in the final sector for the best run for their final laps.

Hamilton improved on his second run to go fastest once again until Perez finished his lap off on the softs to take that away from the Merc.

Verstappen remained on track and completed his lap to go with the soft tyres for the race on Sunday while both Mercedes’ opted for the mediums.

Vettel, Giovinazzi, Stroll, Gasly and Alonso were the drivers eliminated from Q2.

Red Bull were at the front of the queue for the final session as the lights went green, Perez ahead of Verstappen.

Perez was given specific instructions on how to do his outlap in order to not get in Verstappen’s way in prepping his tyres behind.

Verstappen’s sector one time was down on Hamilton’s but a tow from Perez down the second straight gave his team-mate a huge boost in the middle sector. The plan was good enough to beat Hamilton’s middle sector time after a lock-up for the Mercedes into Turn 5.

Further back, the Mercedes couldn’t get close to that time, ending up some half a second down on the lap from Verstappen in second.

Tsunoda even split the Mercedes drivers to go third on his first lap with Bottas a second down in fourth place but the Japanese driver lost his time for exceeding track limits. 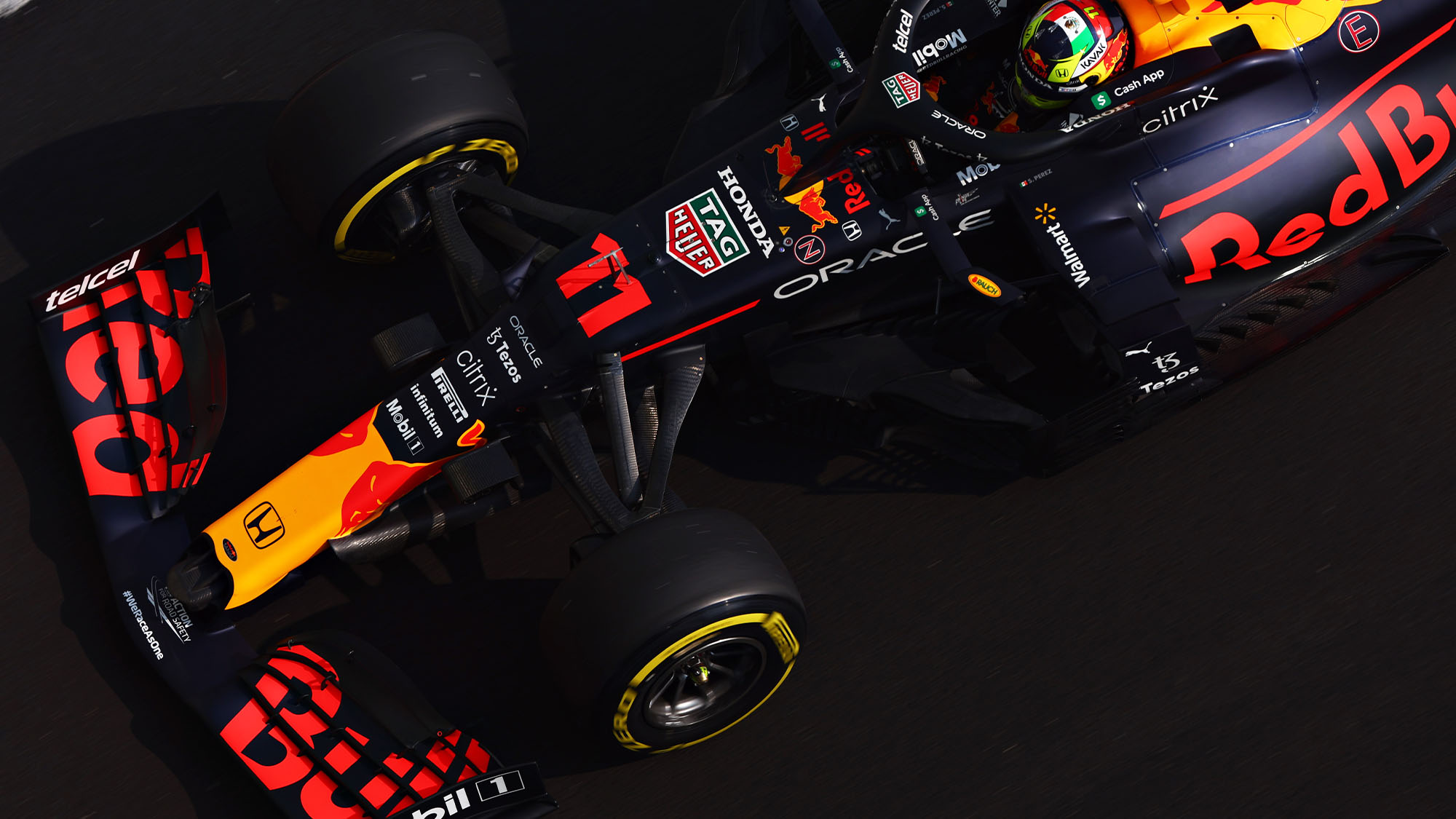 Perez posted his time a few minutes later that was good enough for third with a tow from Verstappen while the Dutch driver was heading back to the pits.

The track began to fill up once again with three minutes to go but this time with Mercedes leading the way at the front.

Mercedes opted to go without a tow for Hamilton and he was the first across the line for the final laps.

Through sector one, he was down by a half-tenth on the best time. Sector two and he was still 0.2sec down but on a personal best. Across the line, he was still 0.371sec off of Verstappen’s provisional pole time.

Verstappen improved by 0.010sec in the middle sector and backed off after a scruffy final sector.

Norris leapt up to third for McLaren ahead of Perez. Sainz was fifth fastest while Bottas couldn’t improve his time and will start from sixth.

Leclerc was ahead of Tsunoda, Ocon and Ricciardo who was 10th.