Max Verstappen will line up for his first home grand prix on pole position with title rival Lewis Hamilton lining up alongside him on the front row.

The championship contenders were seperated by a slender 0.038sec margin as Hamilton found time on his final effort but not enough to stop his rival.

Valtteri Bottas will line up behind in third position with Pierre Gasly a credible fourth for AlphaTauri.

George Russell couldn’t replicate his Belgian GP qualifying form, crashing in Q2 and missing out on the change to make the shootout session. Team-mate Nicholas Latifi also crashed his Williams in the middle session, capping off a difficult afternoon for the team.

Verstappen could be exposed tomorrow due to team-mate Sergio Perez failing to escape Q1 though his race pace and qualifying efforts left him in a great position to send the Dutch fans home happy.

Here is how qualifying for the 2021 Dutch Grand Prix unfolded at Zandvoort. 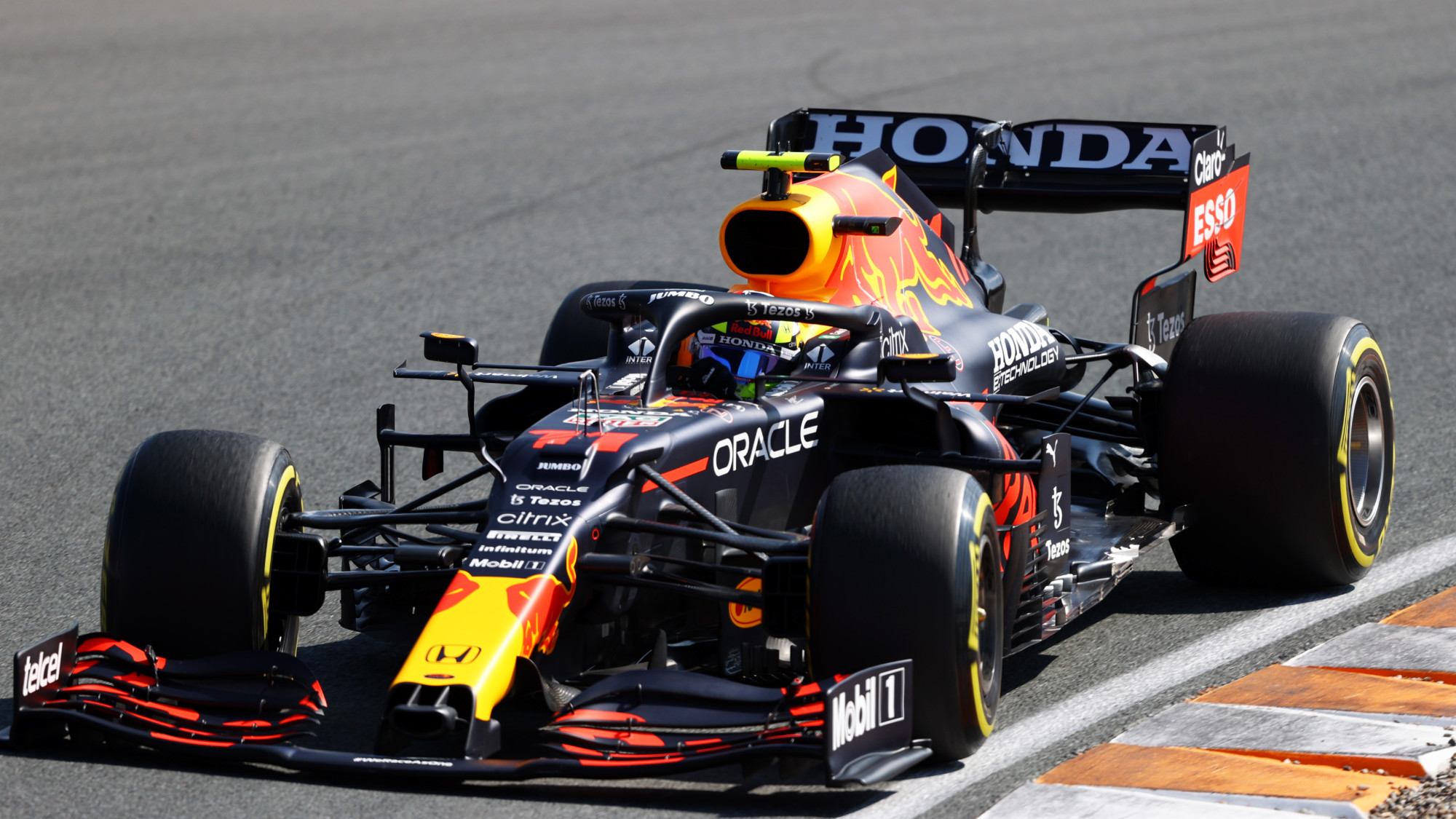 The track did not fill up in the same way it had done during each practice session, with just a few drivers taking to the circuit immediately as the light went green for Q1. Of the early runners, Yuki Tsunoda set the time to beat with a 1min 11.947sec.

Huge cheers greeted Max Verstappen as he made his way out of the garage for his first lap in qualifying. Mercedes opted to go a different way and sent their drivers out on medium compound tyres with rivals Red Bull opting for the softs.

The Dutchman’s first time was a shade off of a 1min 09sec. His 1min 10.036sec effort wasn’t beaten by Mercedes but Lewis Hamilton wasn’t far off, 0.147sec down despite the tyre compound difference. He improved on a second effort to go within 0.078sec of the top time.

Carlos Sainz’s first flying lap after crashing in FP3 left him in 17th position, some two seconds down on the time of Verstappen and 1.8sec behind team-mate Charles Leclerc. The Spaniard moved up to P8 on his second flying lap with a 1min 10.537sec but ahead of both McLarens.

A relatively small field spread meant that eigth-tenths of a second between Daniel Ricciardo and Verstappen left the Australian at risk in 14th place. Sainz’s race engineer suggested there could be up to one second gained due to track evolution in the final runs.

Williams looked like it was working well around the Zandvoort dunes. Nicholas Latifi was in 10th while George Russell moved up to P5 with just under three minutes remaining in the Q1 session with an impressive lap, just 0.3sec off of Verstappen.

Ricciardo was in danger of elimination starting his final lap down in 17th. The McLaren driver improved his time to go sixth-fastest. Antonio Giovinazzi found a sizeable chunk of time too to go fourth. Aston Martin suffered from friendly fire as Lance Stroll’s improvement eliminated Sebastian Vettel. Traffic in the form of both Haas cars at the penultimate corner forced the four-time champion to abort his lap and avoid a crash, leaving him helpless as others improved.

Another shock was Sergio Perez’s time leaving him 16th and eliminated in Q1 as Norris narrowly lifted himself out of the drop zone to go 15th on his final effort. 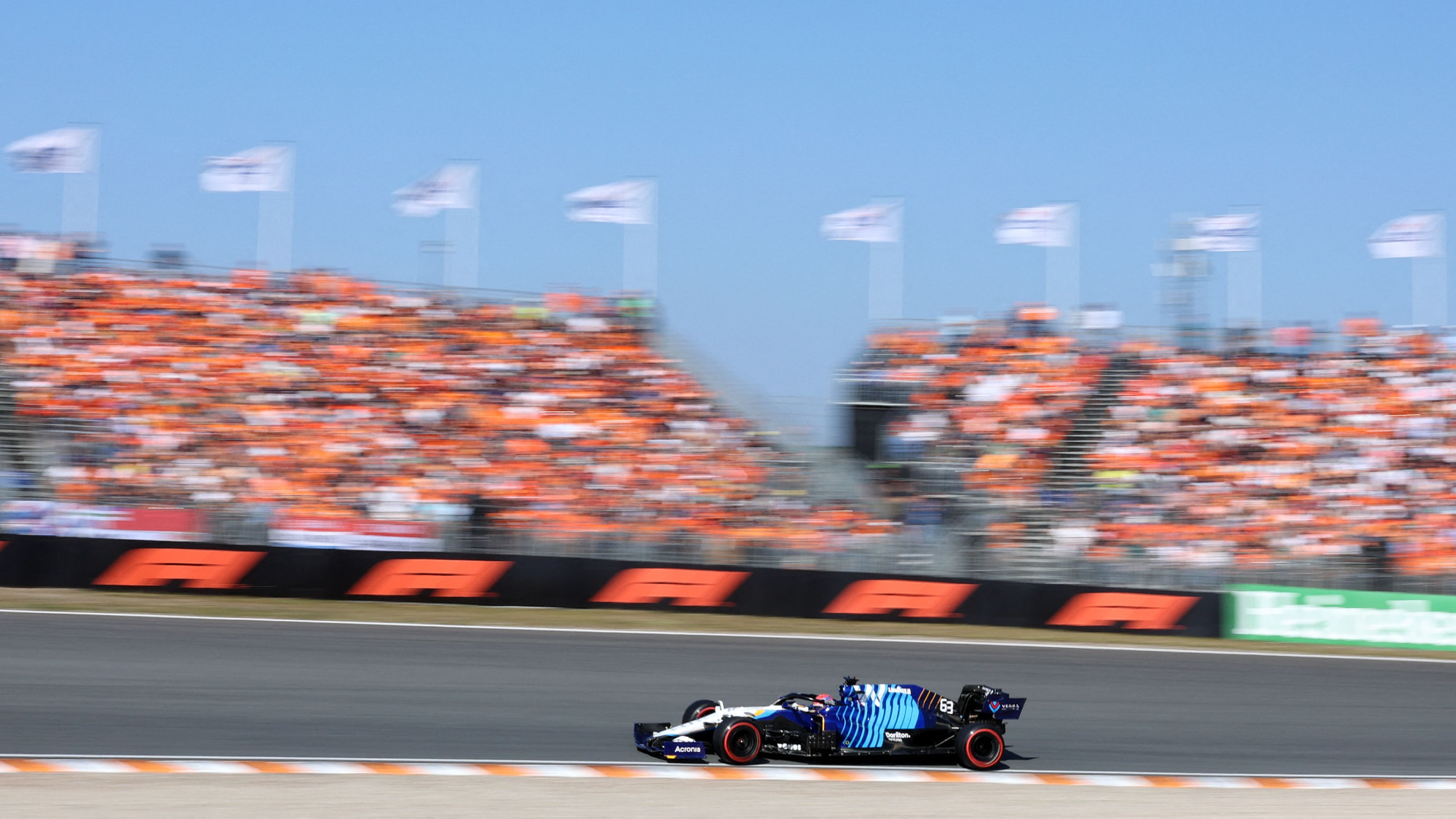 Verstappen and Latifi were the first to venture out in the second qualifying segment as others continued to hold off from an immediate charge out of the pit lane. Mercedes sent both its drivers out on a used set of soft tyres for their first efforts.

The track evolution continued rapidly as the Dutchman’s first effort put him down into the 09s, leaving a target time of 1min 09.071sec to beat. Russell posted his first time 1.2sec down from the top spot but ahead of Norris.

Bottas ended up some 0.6sec off of Verstappen’s time as did team-mate Hamilton with all three running the red-walled soft tyre. Leclerc popped his Ferrari into second place to half the time gap to the leader as Pierre Gasly filtered into third with seven and a half minutes to go.

Williams sent both its drivers out for an early run to avoid the traffic and Russell was looking good to improve on his first time. The penultimate corner proved too much for his soft tyres and he spun across the gravel, tapping the barriers. Red flags were thrown immediately but the Briton was able to recover the car back into the pit lane. Despite the delay, Williams couldn’t fix the car in time to get him back out on track for the restart.

The session went back green with just under four minutes remaining of Q2. The restart was only temporary though as the other Williams suffered a similar fate. Latifi was pushing for the first chance to out-qualify his team-mate but dipped a wheel into the grass on entry into Turn Eight,  spinning into the wall harder than Russell had. His crash brought out the red flags and prevented the session from restarting. 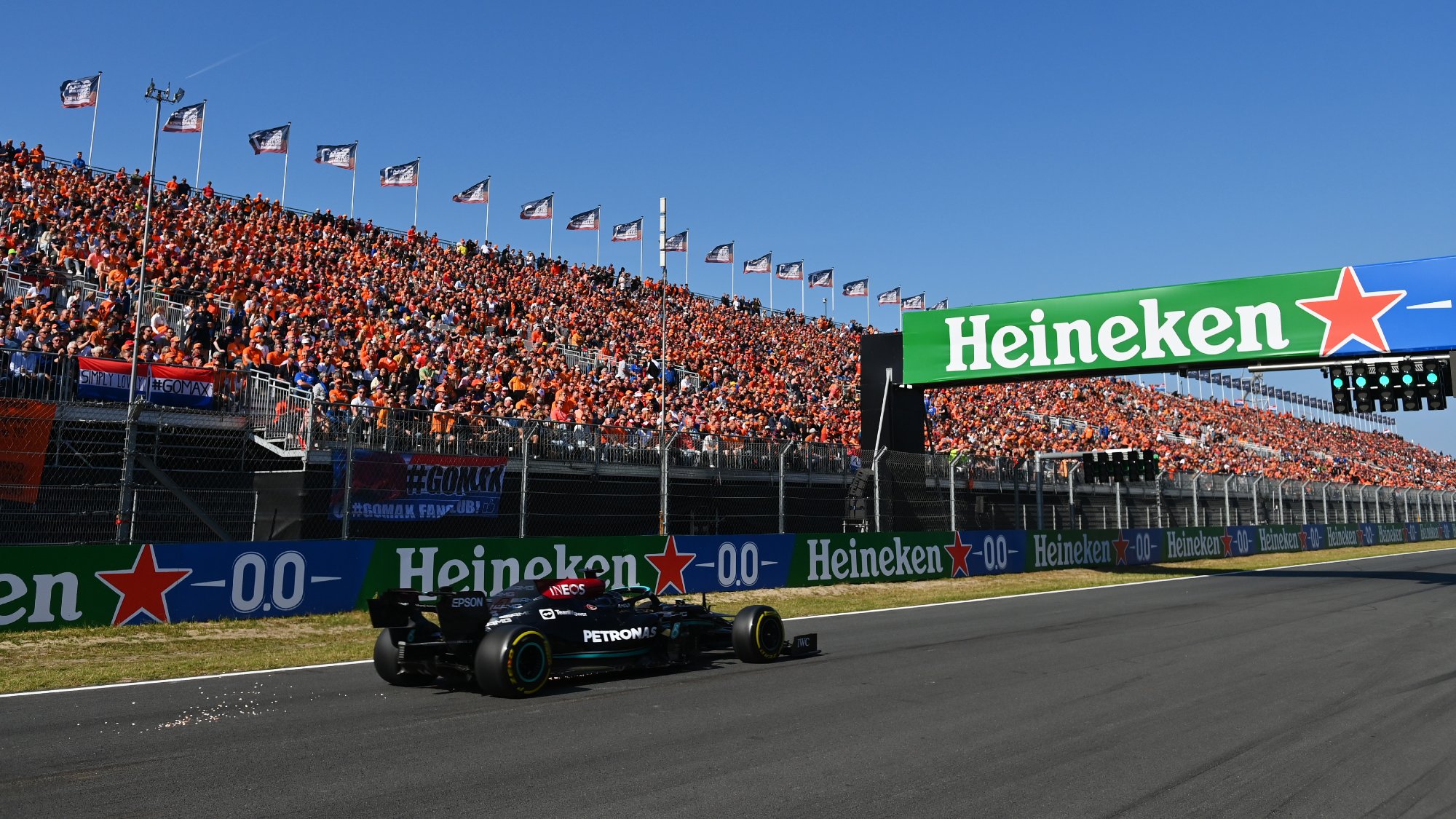 Prior to Q3 going green, Red Bull complained to race director Michael Masi about Mercedes potentially controvening rules around use of tyre blankets. Sporting Director Johnathan Wheatley questioned the legality of Mercedes mechanics holding their cars with blankets on the tyres in the garage.

Another short delay ended at 16:07pm local time and the final session got underway. Verstappen was the first of the front runners to go out but unlike the prior two sessions, everyone was out early to secure track position for the first runs.

The Red Bull man was immediatley into the 1min 08s with a 1min 08.923sec to take provisional pole. Hamilton’s initial effort was some 0.3sec down on his championship rival and behind team-mate Bottas.

Gasly managed to wedge his AlphaTauri between the Mercedes and Ferrari duos to go fourth ahead of Leclerc, Sainz, Alonso, Antonio Giovinazzi, Ricciardo and Esteban Ocon.

With three minutes to go, cars filtered back out with Ferrari leading the way. Verstappen once again went ahead of the Mercedes team-mates in the queue. Cars were at a standstill on pit exit trying to find a big enough gap to the car in front for their final flying laps. Hamilton was the final car to leave the pit lane with just over a minute and half to go until the chequered flag. The Mercedes driver made it across the line with eight seconds remaining.

Verstappen found time in the middle sector and improved by 0.038sec overall to push the benchmark beyond either Mercedes. Bottas couldn’t improve his first effort but Hamilton did.

The championship leader couldn’t dethrone Verstappen from pole position to the roars of delight from the Dutch fans. Just 0.038sec seperated the title rivals as Hamilton set a purple final sector to find tenths of a second.