Sebastian Vettel recovered from a mid-morning spin to record the fastest time on the penultimate day of Formula 1 testing.

The German broke into the 1min 16s for the first time since testing commenced, with his 1min 16.841sec the fastest time Ferrari has achieved so far.

Lewis Hamilton came to a halt after Turn Five in the afternoon with an oil pressure problem. It caused his power unit to fail, ending the reigning world champion’s running for the day.

Mercedes wasn’t the only team to bring out the red flags though. 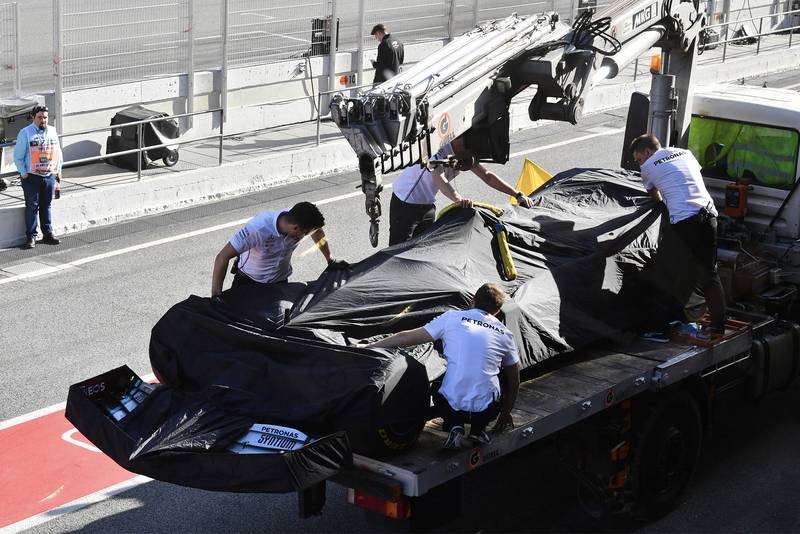 Three red flags during a busy morning session were thrown due to various drivers exploring the gravel traps in the first and second sectors.

Antonio Giovinazzi managed to tap the barriers on the exit of Turn Four but rejoined and made it to the pits while Vettel and Valtteri Bottas found the gravel and rejoined one corner on at Turn Five.

Max Verstappen was less fortunate as he beached his Red Bull with just over an hour to go in the morning session, bringing out the red flags.

Further down the order, Nicholas Latifi was kept busy in the Williams, recording 160 laps, the team’s highest total for all of testing so far.

Pierre Gasly was just shy of 140 laps in the AlphaTauri and finished the day second. His 1min 17.066sec a fraction faster than Lance Stroll in the Racing Point, a further five hundredths behind.