Sebastian Vettel’s Singapore win was his first victory in over a year, but many before him have suffered similarly — and returned to take championships 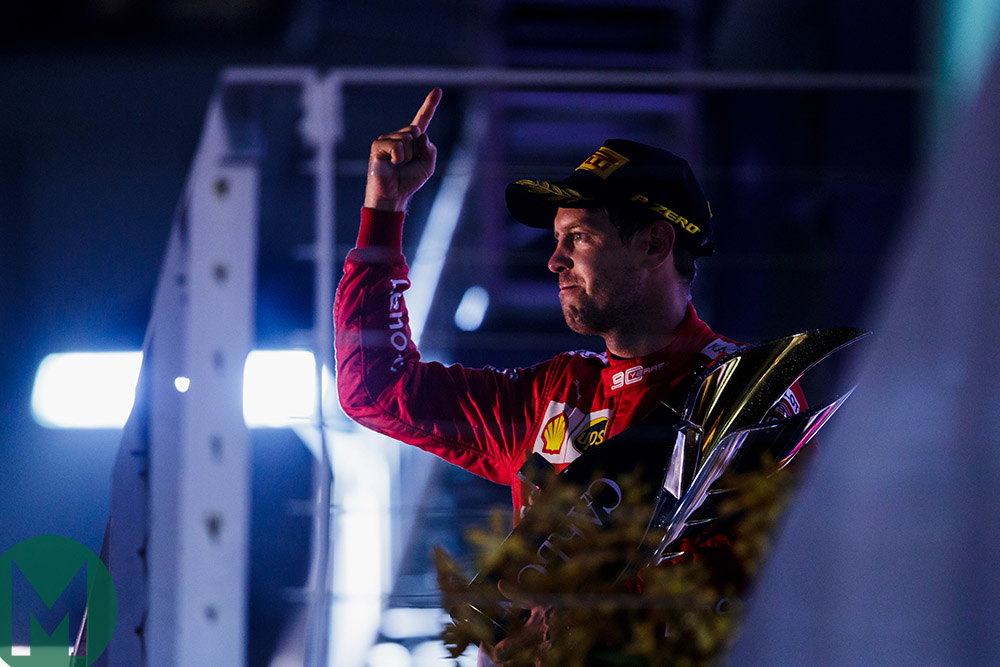 A familiar winning celebration was back on display after Vettel finally ended his win drought Photo: Motorsport Images

So, what’s it to be for Sebastian Vettel: Russian winter (it’s September, I know) or Indian summer?

He seemed subdued after his hopefully restorative Singapore Grand Prix victory – he knows better than anyone which way the wind is blowing at Ferrari – but surely must have been a happier man in private.

Given his chance by strategy, he grabbed it and this time he held it together. Though it was a soft win to many eyes – including those of Charles Leclerc – Vettel looked like a racer again.

Not only did his robust dealings with backmarkers hint strongly at the pressure he feels himself to be under, but it was also indicative of a willingness to step up to the challenge.

He doesn’t have to win in Sochi, but he mustn’t blink – as he didn’t under the bright lights of Singapore.

Plus, he’s been down before.

It used to be that he couldn’t do anything but win – nine in a row securing a fourth consecutive world title in 2013 – but he knew then that those were exceptional, unrepeatable circumstances.

Didn’t he say as much on his car-to-pit?

Anyway, tripped by a change of formula, and too distracted to respond to new Red Bull team-mate Daniel Ricciardo’s ebullience, he went without in 2014.

So he’s seen all sides. And he’s still in there, swinging. Your money would have to be on Leclerc still – but it’s not over just yet. 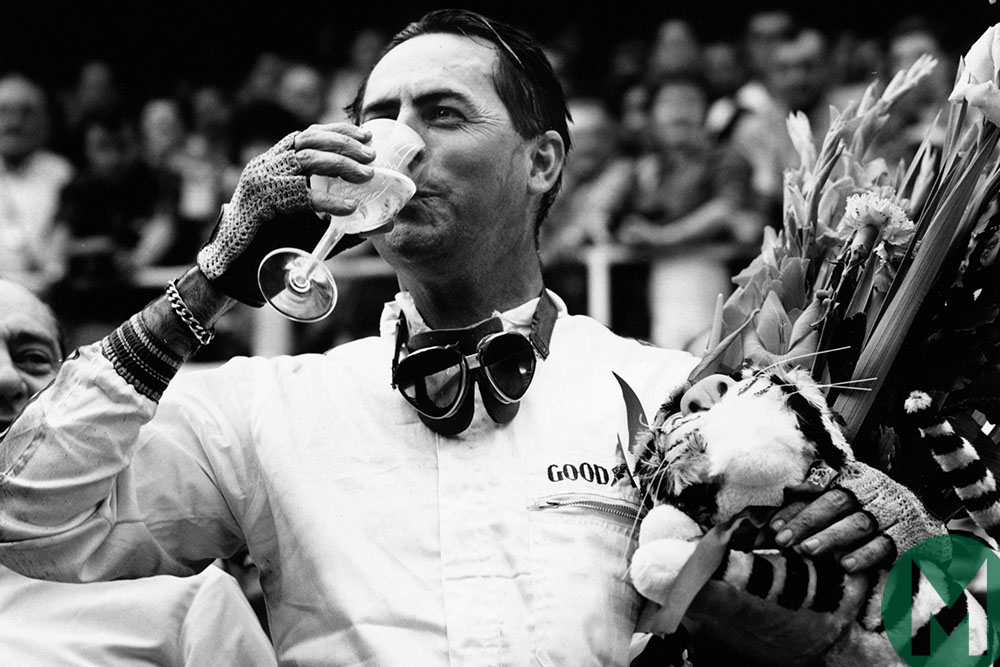 For example, Jack Brabham might have retired had Dan Gurney not flown the nest after 1965 in order to build his Eagles.

‘Black Jack’ hadn’t won a world championship GP since 1960 – the last of five consecutively that made him a double world champion – but, re-energised by a change of formula, and having ironed out some wrinkles with Brabham design partner Ron Tauranac, he went on a tear in 1966.

His victory in the French GP at Reims ended a 2,149-day wait. That’s how long it had taken him to undertake the 45 intervening starts.

He won the next three, too – and a third world title.

Several world champions have to greater and lesser degrees, and at different stages of their careers, been through similar.

Mario Andretti started his first GP from pole and would go on to record victory in only his 10th attempt. Although his time and loyalties were divided – heart in Formula 1, head in Indycars – few would have predicted that it would be 2,059 days – albeit only 37 GP starts because of his circumstances – before this human dynamo scored a second.

That measured drive through Fuji’s puddles of 1976 completed his lifting of Lotus up by its bootstraps and set up his near miss of 1977 and world title of 1978.

He’d won a GP at his fourth attempt, in 1970, only for 1971 – a season punctuated by a road accident – to descend into the doldrums, as Lotus, reeling from Jochen Rindt’s fatal accident, squandered its 72’s advantage.

For a young driver on so steep an upward trajectory – Fittipaldi had enrolled at Jim Russell’s school as an unknown as recently as 1969 – this was a disorientating loss of momentum.

It had been 575 days (13 GPs) since his more recent win – it felt longer – when he steamed past Stewart to take unshakeable control of the 1972 Spanish GP.

Fittipaldi would repeat the trick in Indycars. Nine years after retiring from F1 – and 13 since taking one for the family’s team – he would win the Indy 500 and Champ Car title in the same season. Motorsport’s greatest rejuvenation.

Mike Hawthorn, despite debilitating illness, reinvented/rejuvenated himself, too. It had been 1,351 days – albeit just 18 GP starts due to disjointed campaigns with Vanwall and BRM – between his victories for Ferrari in the 1954 Spanish and 1958 French GPs.

Wins of any sort had been scarce recently, but a rare run of measured consistency – partly because of illness Hawthorn tended to blow hot and cold – resulted in four second places from the next five GPs and a world title. 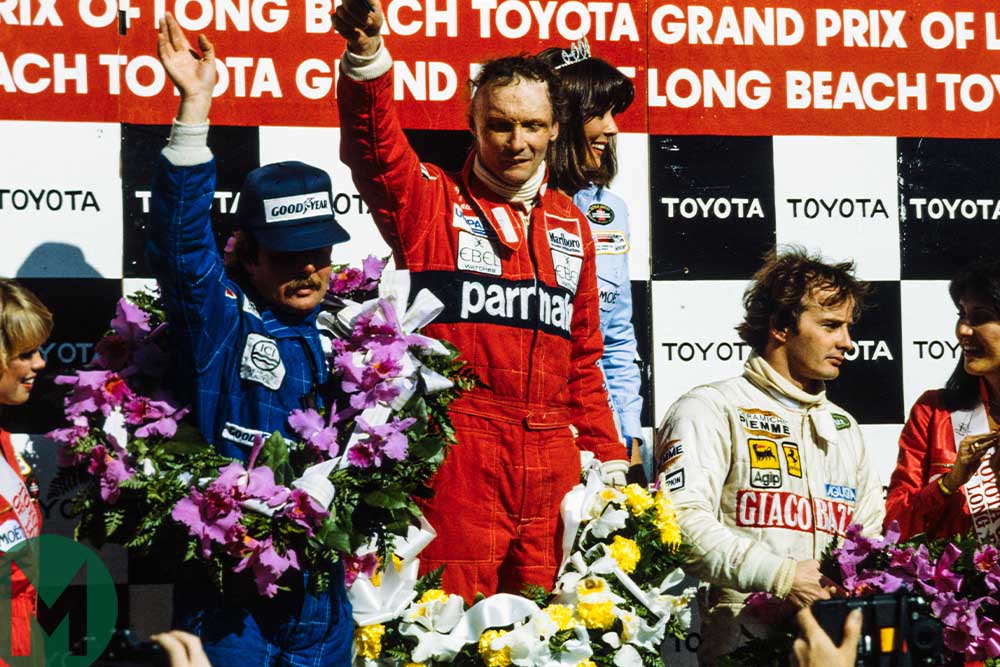 Niki Lauda, in contrast, needed to prove – to himself as well as to others – that nothing had changed. The majority of his 1,302 days between GP victories were self-inflicted, due to his walking away from the sport before the end of 1978 in order to fly an airline.

Victory at Long Beach in 1982 – his third race back with McLaren – was right from the Lauda manual.

Once he had hectored McLaren into bringing its turbo programme forward during 1983, he would have just enough left in the tank – the hard drive? – to pip new team-mate Alain Prost to the title the following year.

Jenson Button was almost lost to F1 mere weeks before rising with Brawn Grand Prix from Honda’s ashes to win the 2009 Australian GP – 966 days and 40 GPs since his victory in the 2006 Hungarian GP.

Five victories from the next six rounds would be enough for him to cling to the title as the team’s lack of resources caused it to slowly release its grip.

Graham Hill joked that he was surprised to have recognised the chequered flag at the 1968 Spanish GP, for his most recent GP win had been scored at Watkins Glen as long ago as 1965, some 952 days (22 GPs) prior.

Beneath that banter, however, lay a determination to hold Lotus together in the aftermath of Jim Clark’s death.

With the grieving Colin Chapman returned, and the updated 49B released, Hill would win the next race, at Monaco, too. A third victory, in a three-way shoot-out at Mexico City, secured him a second world title six years after his first.

One of those whom he beat on that occasion was the young man who had upstaged him as a rookie F1 team-mate in 1965, and who in the space of eight days in 1966 had come within nine laps of winning the Indy 500 and Monaco GP. 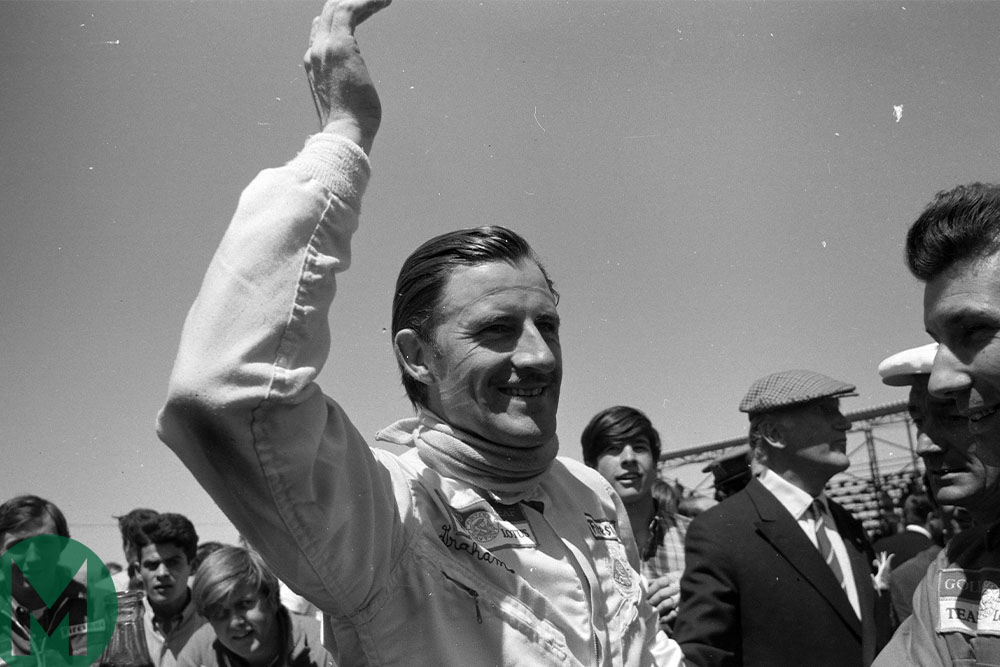 Jackie Stewart has since admitted that he wasn’t ready to be world champion by 1968 – even though his victory in a soaking Dutch GP had ended a 763-day drought (20 GPs), and would be the first of three victories that campaign.

In 1969, however, he would sweep everyone aside – six wins and a second from the first eight rounds – in Ken Tyrrell’s Matra.

And finally – the bloke does tend to get unfairly overlooked – there’s Alan Jones. Victory for bridesmaids Shadow in the changing conditions of the 1977 Austrian GP proved that this rugged competitor possessed a smooth side, too.

But he would have to be patient – and rugged on the increasingly murderous ‘suspensions’ of the ground effect era – before proving that he was the real deal.

Swallowing defeat at Silverstone, where team-mate Clay Regazzoni scored Williams’ first GP victory, he prevailed at the German GP – 714 days and 30 GPs since that unexpected maiden success – and would win three of the next four rounds, too.

Vettel has toughed it out, too. What he needs to do now is prove – to himself as well as to others – that it can become sufficiently better to warrant continuing.

History gives hope. Future offers opportunity. But he must stay in the here and now. He doesn’t have to win in Sochi, but he mustn’t blink – as he didn’t under the bright lights of Singapore. He’s won in F1 53 times already, so he can do it again.

But it would be wise not to leave it so long next time.