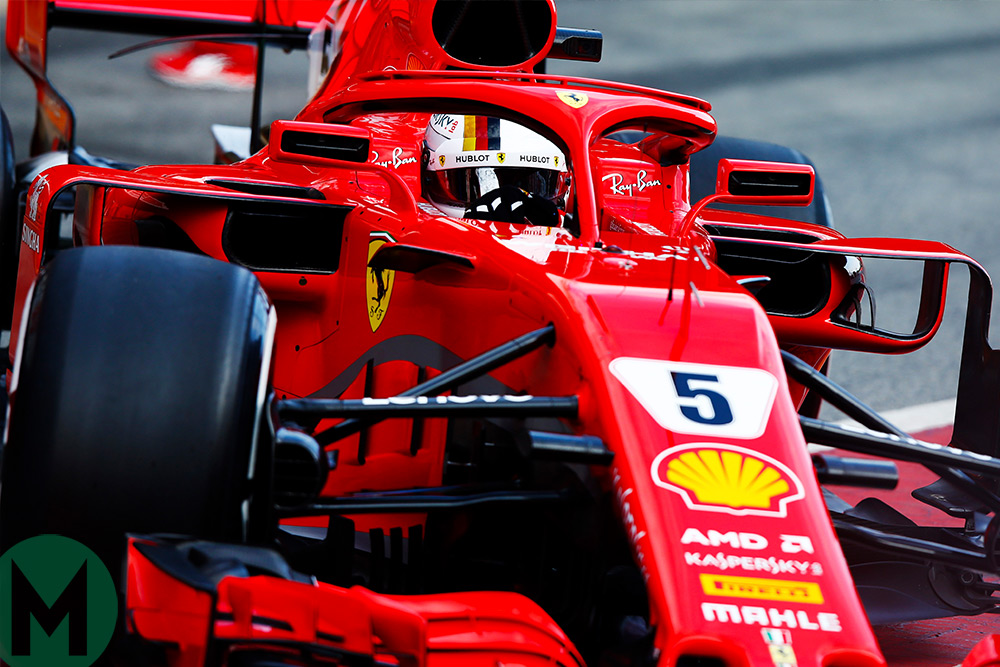 Sebastian Vettel beat Valtteri Bottas to top spot on day two of Formula 1’s 2018 testing by 0.3sec, with the pair the first to dip below the 1min 20sec barrier so far.

Testing was restricted by poor weather on day two, with cold conditions and even snow late in the day hampering proceedings.

Fastest man Vettel’s day wasn’t without drama, one lap setting the fastest time so far and the next finding himself beached in the gravel. Charles Leclerc, a Ferrari junior, also found the gravel in the tricky conditions. The debutant eventually went 10th fastest, pipping fellow gravel-visitor Kevin Magnussen in the Haas by six-thousandths of a second.

Robert Kubica bettered Sergey Sirotkin’s morning time, having taken over for the afternoon, lapping a second quicker than Stroll managed the day before.

Much of the morning was quiet, Magnussen running through the gravel aside, with temperatures so low that no meaningful running was possible. The lunch break was cancelled, allowing teams to stay on the track throughout the day. Further adverse weather is predicted for Wednesday, but the test will go on as planned amid rumours that the test would be extended for an extra day due to snow.