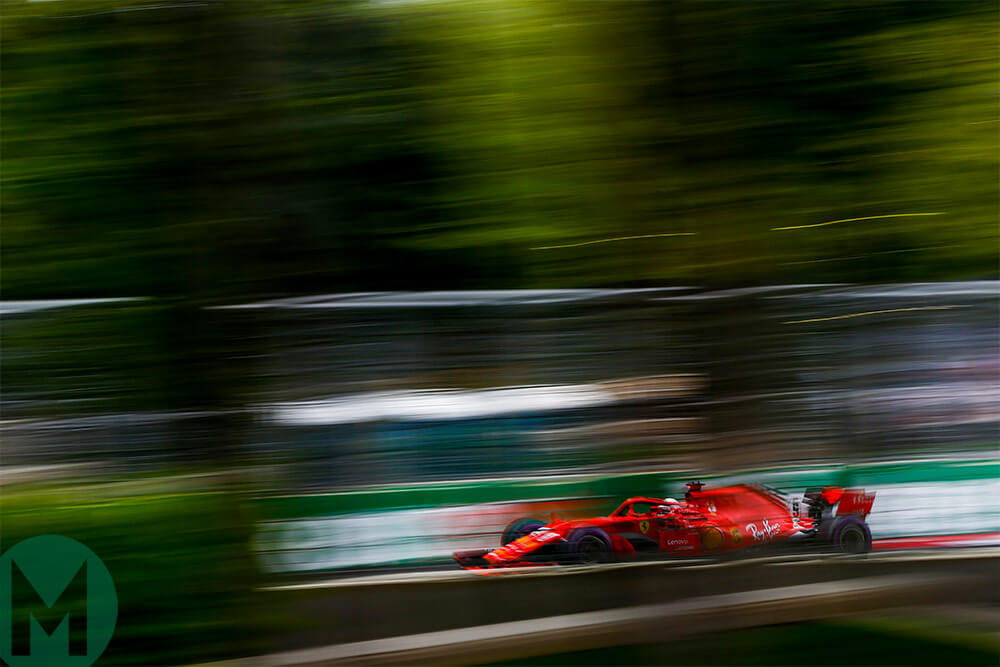 Vettel’s time of 1min 41.498sec  was 0.179sec faster than Hamilton’s final flying effort, with the top five separated by 0.496sec. Vettel will start on supersoft tyres, as will the Mercedes pair.

Räikkonen, on the other hand, locked up in Q2 and ruined his only set of supersofts for the weekend.

Daniel Ricciardo struggled in Q2 (10th) but made it to Q3 and qualified fourth, beating his team-mate Max Verstappen by 0.083sec.

Räikkonen set the fastest time in Q1 and Q2, but a mistake in Q3 set him back to sixth. His second effort was set for pole, but another error at the final corner meant that he stayed sixth, just ahead of Force India’s Esteban Ocon.

Sergio Pérez qualified eighth, 0.024sec behind his team-mate while the Renault pairing rounded out the top 10, Carlos Sainz Jr a couple of tenths slower than his team-mate. However, Hülkenberg has a five-place grid penalty having taken a new gearbox and will provisionally start 14th, giving Lance Stroll a top 10 start.

Ricciardo made it into Q3 by a tenth of a second, and as a result neither Williams driver made it past Q2 with Stroll 11th and Sergey Sirotkin 12th. They were eliminated alongside Fernando Alonso, Charles Leclerc and Kevin Magnussen.

Both Toro Rossos were eliminated in Q1, with Brendon Hartley and Pierre Gasly avoiding an ugly accident before Gasly took quick evasive action. Hartley was, fortunately, left with nothing more than a rear puncture.

Stoffel Vandoorne, in 16th, found himself in the drop zone after Lance Stroll’s last-ditch flying effort at the end of Q1.

Romain Grosjean’s qualifying session ended early with a gearbox issue at the beginning of Q1, and he will bring up the rear on Sunday.