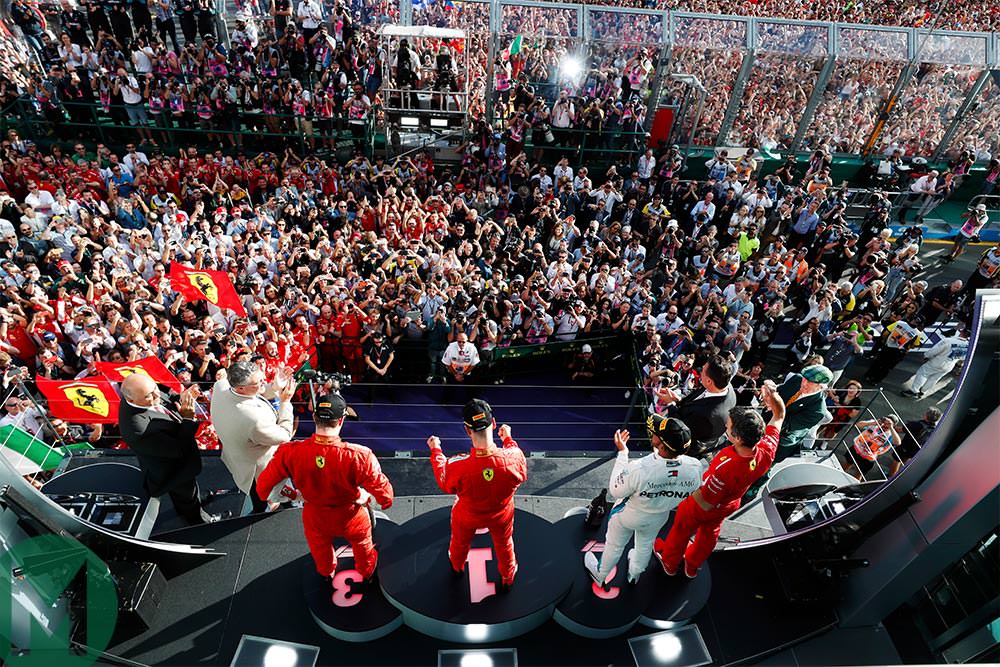 Vettel pitted during a VSC session (which turned into a safety car) triggered by both Haas cars leaving the pits with loose wheels, a faulty wheelgun to blame, after Hamilton and Ferrari counterpart Kimi Räikkönen had pitted just laps earlier. Hamilton kept on Vettel’s tail for 26 laps but could not catch up, even with the third DRS zone added to Albert Park. The defending champion ended up five seconds back from the leader. The bizarre series of events denied the Haas pair a double-points finish, as Kevin Magnussen and Romain Grosjean were running in fourth and fifth respectively.

Home favourite Daniel Ricciardo recovered from a three-place grid penalty to finish fourth behind Kimi Räikkönen. It was an attacking Fernando Alonso who took fifth after pitting under VSC, his joint-best finish for McLaren, and he praised the Renault power unit after the race.

Max Verstappen, jumped at the start by Magnussen, spun on lap 10 and had to recover from eighth to sixth on overheating rear soft tyres. Nico Hülkenberg finished seventh, ahead of Mercedes’ Valtteri Bottas who recovered to eighth from 15th on the grid due to a crash in qualifying.

For full analysis of the race, sign up for the Mark Hughes newsletter to receive the in-depth Grand Prix report following the Grand Prix.