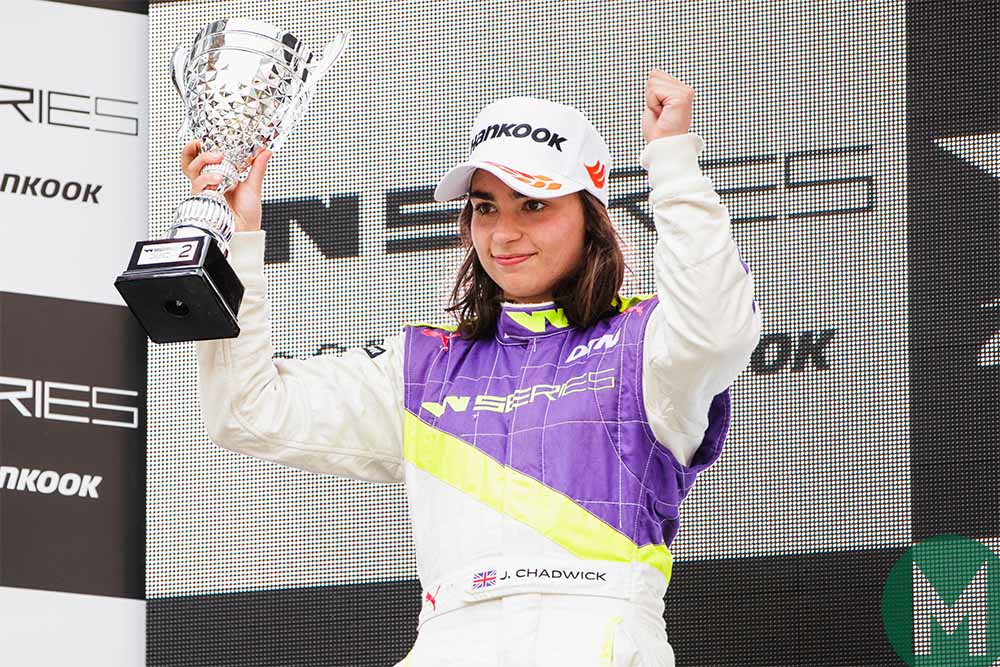 Chadwick, 21, has been the standout driver in the early stages of the all-female single-seater category this year, having secured both pole positions across the two rounds and taken one win and a second place. She currently leads the standings by six points ahead of round three at Misano in Italy.

Prior to joining W Series, Chadwick has already racked up a string of successes, having won the GT4 division of the 2015 British GT Championship in an Aston Martin before moving into BRDC British Formula 3, where she became the first female race winner last season on her way to eighth in the standings.

She will now join Williams’ Racing Driver Academy, acting as a test and development driver to support the F1 operation. Her duties will include simulator work and time in the factory. It also puts her in the frame for testing work in the actual grand prix cars, although Williams has yet to comment on her chances of doing so.

If she does secure a Friday free practice run, she would become the first female driver to take part in an F1 race weekend since Susie Wolff drove in British Grand Prix practice at Silverstone in 2014, also with Williams.

Chadwick said: “It is a great honour to be joining the Williams Racing Driver Academy. The time in the simulator is a fantastic opportunity to aid with my development. I look forward to spending time in the factory at Grove, immersing myself within the team and assisting wherever I can. Being a part of the Driver Academy is an amazing platform and I’m excited to get started.”

Williams team head Claire Williams has been a regular visitor to W Series events. She added: “I am delighted to confirm that Jamie Chadwick has joined the Williams Racing Driver Academy in the role of Development Driver. I have had the pleasure of watching Jamie race first hand in Hockenheim where she claimed victory at the season opening W Series race. Alongside her on-track commitments, Jamie will undertake simulator work for Williams, be immersed both trackside and at the factory with the team and will participate in marketing activities.

“Promoting women in motor sport is extremely important and having a female role model as part of our Driver Academy will hopefully inspire young girls to take up racing at a young age. We hope to show that motor sport is inclusive and exciting, be that as a driver or on the engineering side. Jamie is a great talent and I look forward to working with her.”