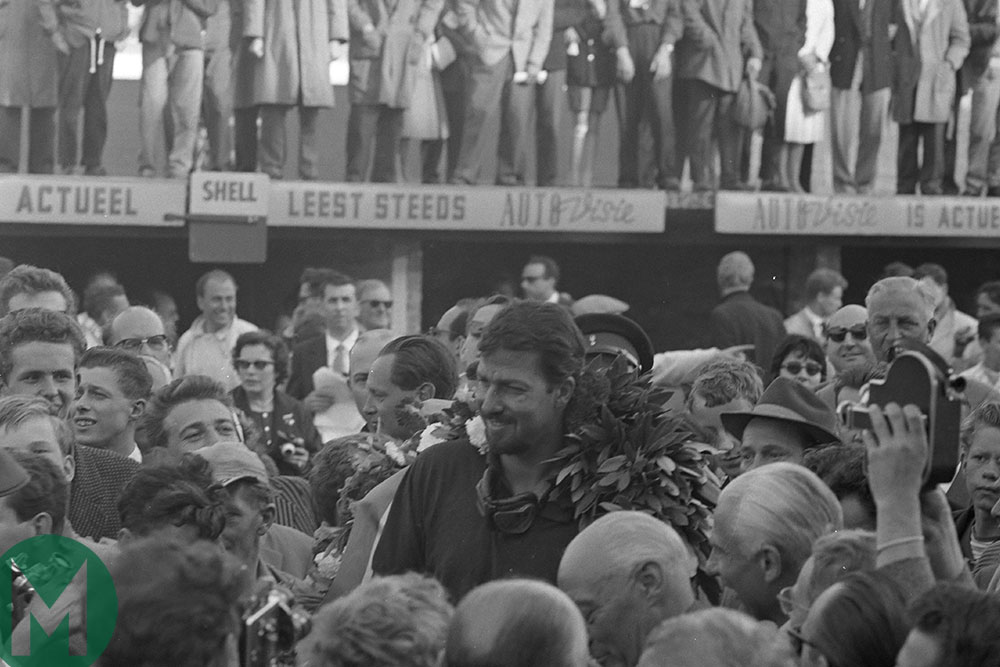 Formula 1 and sports car driver Jo Bonnier was born on this day in 1930. Wealthy and scholarly, and fluent in no fewer than six languages, he nevertheless could not resist the urge to race and defied his family to do so.

His Formula 1 career stretched over 15 years, yet in that time he reached the podium’s top step only once. And you can watch footage of his only victory, at the 1959 Dutch Grand Prix, below.

We have incredible British Pathé footage of his days of days at classic Zandvoort, offering not only a glimpse into Bonnier’s smooth performance but also into how late 1950s F1 was more broadly.

Even though winning was a rare experience to Bonnier, that day in the Dutch dunes he did it like he was born to do it, controlling matters expertly. The rest of the field were kept at arm’s length, but Bonnier did rely on a stroke of fortune.

His only challenger that day was Stirling Moss in a Rob Walker Cooper, who, at three-quarters’ distance, closed in then slipped by to lead as they negotiated their way past an uncooperative Jean Behra in the Ferrari being lapped.

But then almost immediately Moss had to pull into the pits to retire with a broken gearbox, and you can see a disappointed Moss in the footage clambering out of his machine and being forced to watch on.

This left Bonnier set fair in his BRM, which ran immaculately, and the footage also shows him taking the flag then accepting the winner’s plaudits. As well as being Bonnier’s first F1 win and the first win for a Swedish driver, it also was the first triumph for BRM after almost a decade of trying.

Three years later the team would be winning a championship double with Graham Hill at the wheel. Bonnier himself would enjoy less success though, as this as well as being his only F1 championship race triumph was also to be his only podium finish and pole position.