On the day that Jochen Rindt would have turned 77, watch footage of his legendary 1969 Silverstone scrap with Stewart 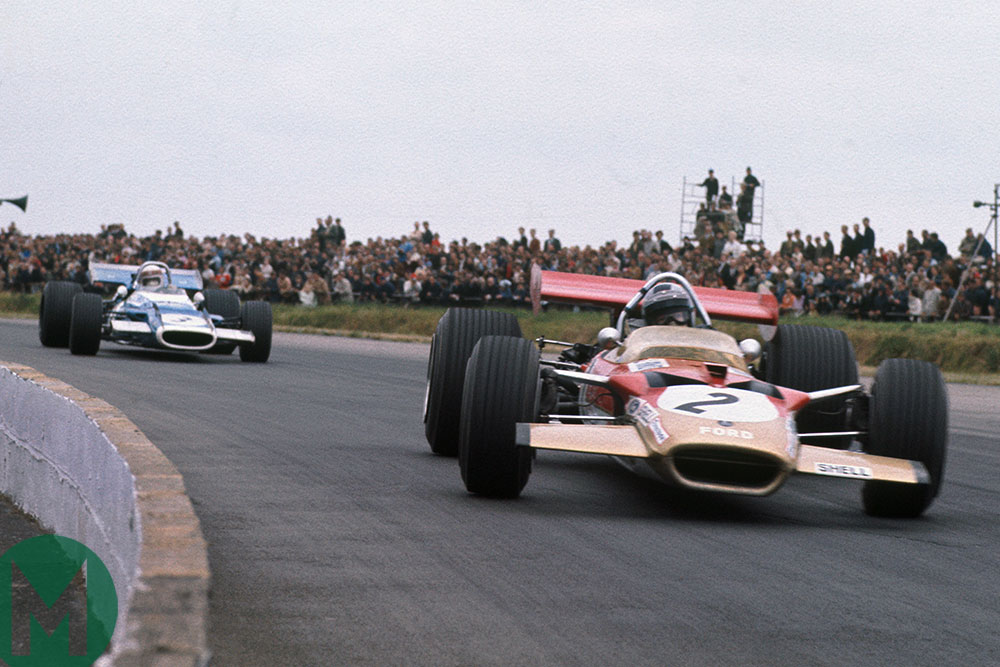 “Anyone present will likely tell you they never saw a greater race,” said Nigel Roebuck about the 1969 British Grand Prix at Silverstone, for Motor Sport some years later.

It featured Jochen Rindt in the Lotus against Jackie Stewart in the Matra, in an extended everything-on-the-line battle. It firmly entered Formula 1 legend; remaining there nearly half a century on. And on the day on which Rindt would have celebrated his 77th birthday, you can watch footage of British Pathé’s report of the race in the video below.

For Rindt though, at the time of the race, Formula 1 success was maddeningly elusive. He’d impressed plenty since arriving in 1964, but still awaited his first win.

This was in large part down to him driving recalcitrant and unreliable Coopers and Brabhams and indeed for 1969 Rindt’s exasperation had accumulated to the point that he parked his reservations about Lotus, and joined the team in search of titles.

But Rindt’s reservations were instructive, as in 1969 his Lotus 49B remained unreliable and his relationship with Lotus boss Colin Chapman was difficult. The reservations were especially instructive in the Spanish round at Montjuïc where Rindt crashed out of the lead when his rear wing failed, leaving him bloodied and shaken.

By the time of the Silverstone meeting Rindt had yet to score, while Stewart had racked up four wins. It didn’t though stop Rindt sticking his 49B on pole; Stewart next up.

And this one demonstrated the adage that it only takes two drivers to make a race. No one else saw the way Rindt and Stewart went. After just one lap Denny Hulme’s McLaren in third was more than three seconds shy. By the end, the next-best fastest lap was some 1.7sec off that of the dominant duo.

This was ‘old’ Silverstone (though not quite ‘original’ Silverstone), very much a rapid slipstreamer where cars didn’t get far below top speed at any point. After an initial spell of lead-swapping, Rindt managed to build a small advantage. Perhaps Stewart was playing the long game, as he so often did… However, observers noted that, in something of a role reversal, the usually-aggressive Rindt looked smooth and the usually methodical JYS looked ragged.

“The incredible tension that has been building up between Matra and Lotus, and Stewart and Rindt, throughout the season seemed to be at bursting point and Silverstone was electrified by it, oblivious to all else,” noted Denis Jenkinson in his Motor Sport race report, “which was a pity in some ways as some of the other teams were doing great things, but they just were not great enough.

“The race was over 84 laps, but it could have been over five laps for all the difference it made to the way Rindt and Stewart leapt into battle. The Lotus just beat the Matra to the first corner and in one lap these two were in a class of their own, the rest of the seventeen starters merely making a back-cloth to what grand prix racing is all about.”

We never found out how it would have resolved itself, as at around three-quarters’ distance Rindt slowed due to a rear-wing endplate rubbing against his tyre. He resumed a distant second after he’d pitted and his mechanics had simply ripped the offending item off. But, in the dying laps, adding insult to injury, Rindt succumbed to Lotus disease – lack of fuel – and finished fourth. His first points of the season. Stewart won, but the day was about much more than him. 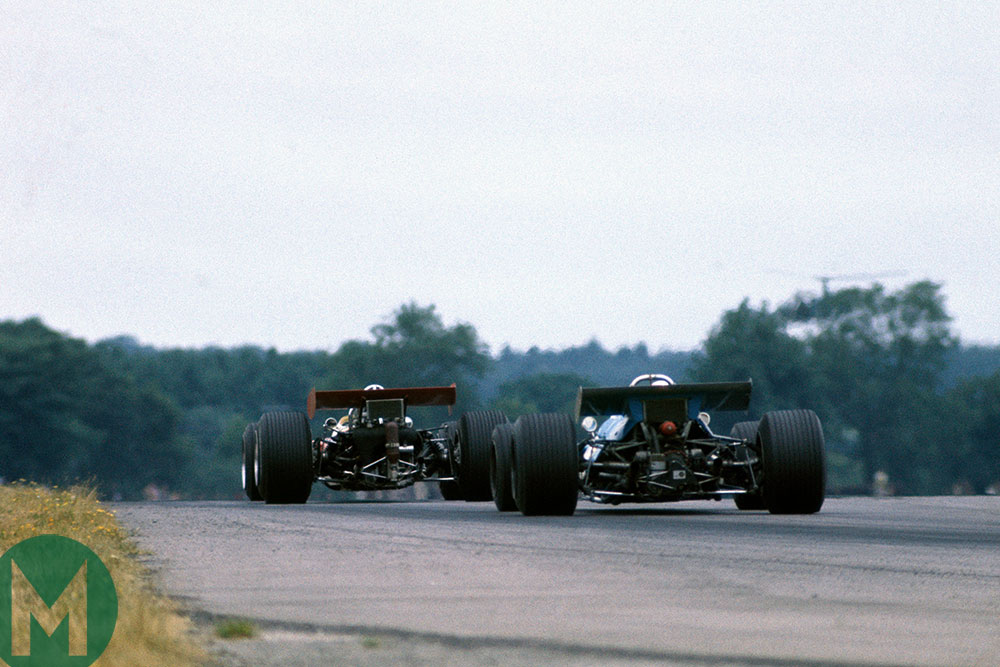