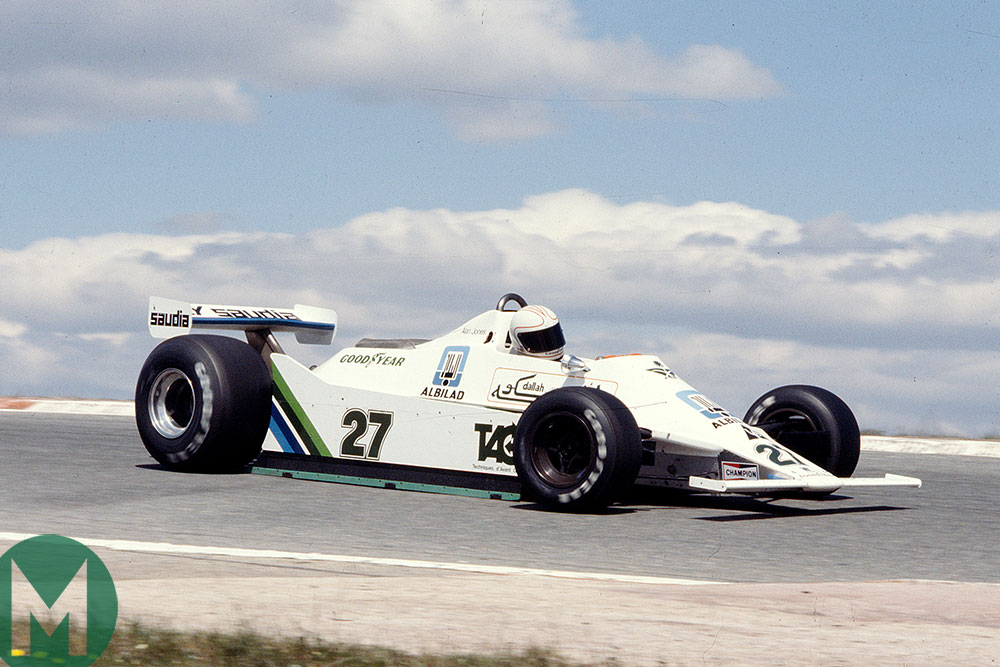 Alarm bells are ringing for Williams. Not that it’s slept much, I don’t suppose.

Overdue FW42 was delivered still incomplete to Barcelona at 4am Wednesday and rookie George Russell’s seat is being fit on-site as I write.

Things were very different 40 years ago when new Formula 1 cars were delayed by design.

FW06 had been ready on the dot for 1978 – there were important Saudi sponsors to keep sweet – but designer Patrick Head was determined to take his time with its successor. Alan Jones’ heavy accident due to stub-axle failure during practice at Watkins Glen had sowed the seed of caution.

Sir Frank has seen all sides since entering F1 a half-century ago with his late great mate Piers Courage. He knows better than anyone that every day counts

He didn’t grasp fully the darker arts of ground effect but inherent conservatism prevented him from over-reaching and the result was a neat and solid car capable of coping with the associated grinding, pounding, scraping and squeezing strains and stresses.

Where he miscalculated badly was his assumption that FW06 would be able to hold the fort at the start of 1979.

F1 settled into a rhythm during the 1970s. Jan/Feb: South America; Feb/Mar: extended test and race at South Africa’s Kyalami; Mar/Apr: non-championship bashes at Brands and/or Silverstone; and Apr/May: the ‘European season’ begins, often in Spain.

It wasn’t the end of the world (championship) if your new car was still being screwed together long after the mince pies had staled: Lotus 72 made its bow in Spain in 1970 and tanked and was put on hold briefly; a lone McLaren M23 set the pace in South Africa in 1973 and would have won but for a puncture; and Ferrari’s 312T of 1975 ran short of breath in Kyalami’s rarefied atmosphere.

The Lotus 79 pacesetter of 1978 had been seen first on a grisly March day at Silverstone’s BRDC International Trophy: Mario Andretti slithered across a huge puddle and a sea of mud before striking amidships an abandoned Shadow.

It wasn’t seen again until May’s Monaco Grand Prix – rear end having been amended to accommodate a Hewland in place of Getrag’s Goggomobil-inspired ‘queerbox’ – and even then Lotus sent just one and chose not to race it.

The pace of change that it invoked thereafter, however, caught out even its creators.

Ligier surprised everybody by dominating the first two GPs of 1979 with its new JS11, built by men imbued with Matra’s ‘rocket science’ attitude and aptitude and also blessed with strength and stamina from years of successful endurance racing. (Oh, and bleeding excess negative pressure via flaps secreted under JS11’s radiators.)

Both Ligier and Williams had been persuaded by Bernie Ecclestone’s burgeoning FOCA to expand to two-car outfits and the quixotic French team lacked the manpower, spending power and willpower to sustain this effort.

That’s not to say Williams was flush and/or mob-handed. It began the season with a staff of 18 plus a quarter-scale wind tunnel to get up and blowing. Its drawing office numbered two: Head and Neil Oatley.

Tyrrell in contrast had a 50-man workforce! 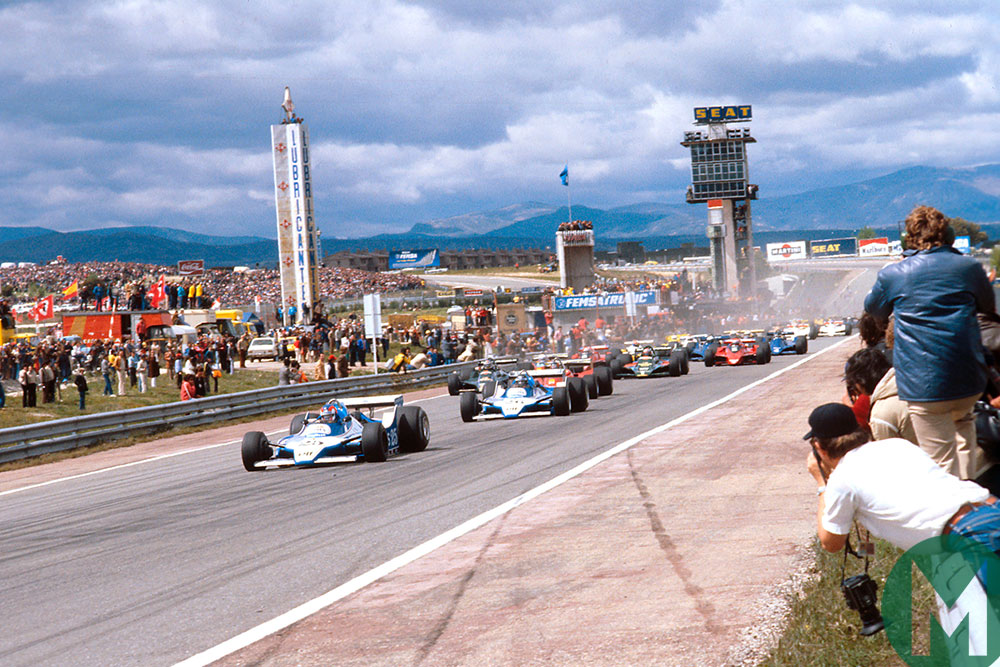 Frank Dernie’s arrival from Hesketh as aerodynamicist took some load off – before adding load, if you see what I mean. And the emergence of a young R&D technician called Ross Brawn helped, too.

It’s a wonder even so that FW07 was present at Long Beach’s United States GP West in early April. Time and money were still tight, however, and it remained under a tarp.

Finally everything was in place for it at Jarama’s Spanish GP: Jones and team-mate Clay Regazzoni qualified 13th and 14th and both retired – but not before the former had set second-fastest race lap.

At Zolder’s Belgian GP the Aussie battler qualified fourth, despite a damaged side skirt, and was leading when his electrics quit. At Monaco, he was catching the leading Ferraris when he clipped the Armco at Tabac. And at Dijon’s French GP he was upstaged by Renault twin-turbo power and Michelin grip and finished fourth.

Frank Williams was as a result worried that the manufacturer ‘grandees’ were about to assume control of F1 just as his 10-year dodging-diving, wheeling-dealing struggle was beginning to pay dividends.

Whereupon Dernie dashed back from his alma mater Imperial – Williams’ tunnel was not yet operational – with news of a major breakthrough: fairings alongside the engine that kept the airflow attached.

FW07 would win five of the next six GPs, four of them on the bounce.

Ferrari’s well-established reliability across the majority of the season – its 312T4 had finished 1-2 on debut at Kyalami – enabled it to win the constructors’ championship but it was clear which way the lift-to-drag was flowing.

Champion Williams would score 120 points to 10th-placed Ferrari’s eight in 1980.

Sir Frank has seen all sides since entering F1 a half-century ago with his late great mate Piers Courage: momentous highs, grievous lows.

He knows better than anyone that every day counts.

When an administrative snafu saw his miss by 24 hours the deadline for registering for the 1993 world championship, empowered jealous rivals made a mountain from a molehill and forced him to cede, gradually, several of his team’s hard-won technological advantages.

Alain Prost still romped away with the title in FW15C, of course, thanks in great part to its active suspension, a long-term project led by Paddy Lowe under Head’s auspices.

Though now is not the time to panic, there is an undeniable feeling that keeping calm and carrying on is alarmingly old school.