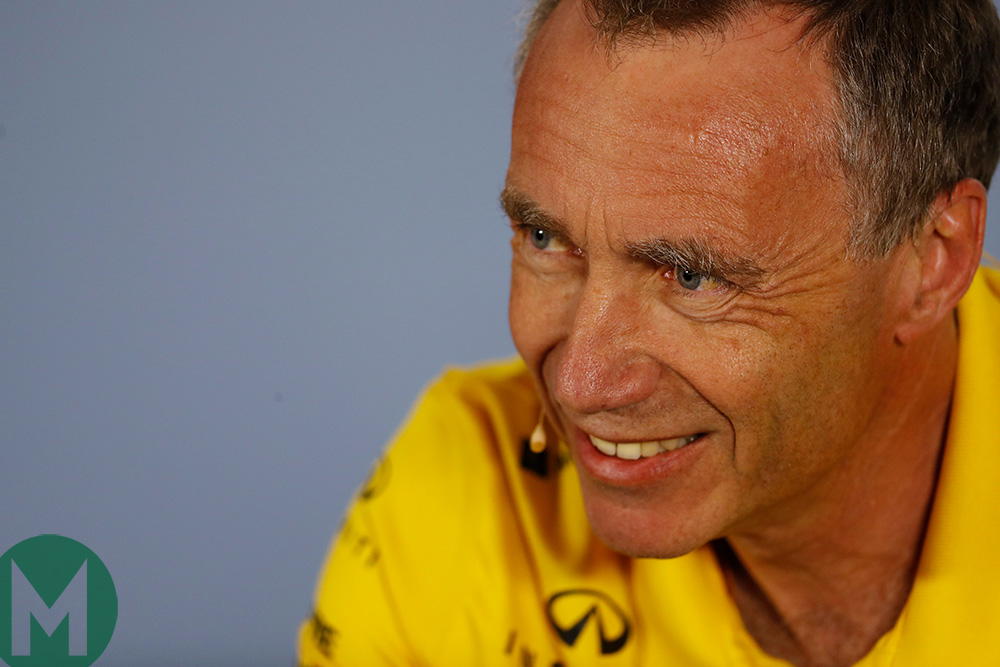 Bell is currently chief technical officer of the Enstone outfit, and has spent 36 years in F1 – he will now work in a part-time role with Renault.

According to Renault’s statement, issued on Tuesday, Bell will report to managing director Cyril Abiteboul and Renault will not employ a new chief technical officer to replace him.

“In just two and a half years he has helped to make Renault Sport a genuine and respected points scorer,” said Abiteboul in a statement. “He’s also a massive part of the heart and soul of the team and a real motivator for everyone to draw together and get the best from themselves and each other.

“Under this planned transition within the team’s executive management, Bob will now look closely at how to work with our partners but also the different stakeholders of Formula 1, and of the Renault Nissan Mitsubishi Alliance, to ensure we continue to move even further up the grid.”

In the August 2015 issue of Motor Sport, Bell – then a consultant to Manor F1 – spoke to Mark Hughes about his pivotal role in making two of the most dominant F1 cars ever.

“Developing the W05 was all about managing a very large group of people, making sure they had the resources and knew what the direction, priorities and targets were. Teams go into such intimate detail now on the smallest things because that’s where the gains are. Getting one per cent more out of each of a lot of people adds up to an awful lot more than getting 10 per cent more out of yourself. So I put all my energy and focus into making sure that the W05 represented the best of the collective effort between Brackley on the chassis side and Brixworth on the engine.

“In the ’80s we didn’t have finite element analysis for working out structures on the car; most of the composite and metallic design was done by rule of thumb and empirical method. We had no CFD to help with the aerodynamics; we ran a very modest and mediocre aero programme five days a week, eight hours a day, all very laid back. That was at the National Maritime Institute tunnel in Teddington. I did the aero design, drew the wind tunnel model bits, oversaw the wind tunnel tests. But I was also head of R&D so was doing material development, structural development, drawing bits when there were just not enough people to draw them to get them out of the door. I was trying to get McLaren’s first CAD-CAM system introduced. When I first went there in ’82 they didn’t have a technical computer. They had a computer sitting in the accounts office that ran the payroll, but there wasn’t a single technical computer and I remember [commercial boss] Ekram Sami and I spending a day at an IT trade show trying to convince some vendor to give us a couple of small PCs to do some technical stuff. It felt very different to today, because you were doing loads of different stuff – none of it very well. I was deeply involved in a hands-on way.”

By the time Bell became technical director at Mercedes, recruited by Ross Brawn in 2012, he would be overseeing a staff of hundreds. Bell assumed some of the technical control relinquished by Brawn as Ross concentrated on his team principal role. Bob recruited in turn Geoff Willis and Aldo Costa. It was a high-calibre collection of individuals, each of them having served as technical directors elsewhere – but, as Bell sees it, such a group was absolutely necessary given the task in hand at the time, and goes a long way towards explaining Mercedes’ current dominance…

Read the full feature: Outstanding in the shadows