“Heard about your 10 British Formula 1 champions feature,” read the email. “I’m sure I’m too late but has anyone bagged Graham Hill? I’d love to champion his cause.”

Choosing who should write the profiles for our special features in the August issue was the easy bit. Colin Goodwin picked himself with the message above, Doug Nye was the obvious choice for his old local hero, ‘Farnham Flyer’ Mike Hawthorn, while Jimmy Clark fanatic Peter Windsor’s name was down against the great Scot from the moment we decided to ask our readers who is their favourite British F1 champion. 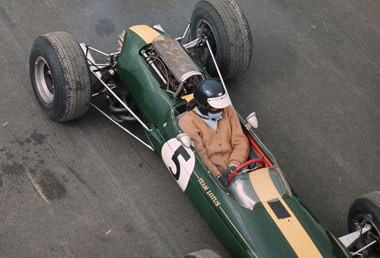 We’ve created this special poll to mark National Motorsport Week, which runs from June 30 to July 8 to promote the incredible successes of the British racing industry. The annual week of events is a joint venture between The Motor Sports Association and the Motorsport Industry Association, and we’re delighted our poll – with support from The Daily Telegraph – will play a part in the celebrations. The voting is already live on the Motor Sport website. Join in and see who’s leading so far… Make your vote on the right-hand side of this page.

In terms of F1 champions from one nation, Britain has a tally that is going to be hard for any other country to match. The Finns have three in Keke Rosberg, Mika Hakkinen and Kimi Raikkonen, as do the Brazilians thanks to Emerson Fittipaldi, Nelson Piquet and Ayrton Senna. But then there’s a gaping chasm to Britain’s roll call of champs. The 10 from the British Isles span Hawthorn in 1958 to Hill, Clark, Surtees and Stewart in the 1960s, James Hunt in the 1970s, then Nigel Mansell and Damon Hill, Lewis Hamilton in 2008 and finally Jenson Button in 2009. What a breadth of talent through time. 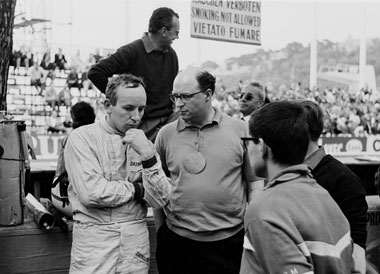 Still, we had to be careful with this one. The key word in our poll is ‘favourite’, not ‘greatest’. Semantics perhaps – if you choose your favourite, you are probably going to think they’re also the greatest. But the g-word is inflammatory. Comparing talents across vastly different eras is fatuous and impossible, and we do our best to avoid it. Here, we are being gloriously subjective. We just want to know which has inspired you the most, from their style and class in and out of the cockpit? Who have you enjoyed watching over the years, and who have you most admired? Hunt could never be considered as great a talent as Clark – but he still might be your favourite.

To help sway your vote, we’ve lined up writers who have an affinity in some way with each of the 10. For example, Alan Henry got to know John Surtees well during his years covering Formula 2 and then F1 during the 1964 champion’s team-owner years; editor-in-chief Nigel Roebuck met a welcoming Jackie Stewart in his first season as a reporter; David Tremayne and Adam Cooper had prime views through the Nigel Mansell and Damon Hill eras; Rob Widdows, as he says in his article, was of the same generation as James Hunt, and shared his, um, unconventional approach to life… The articles on each are a reflection of the writers as much as the subjects – and perhaps one or two might chime with you.

As you’ll notice, we’ve broken all the rules and added our own ‘11th man’ too, by including Stirling Moss. When I told Doug Nye about our plan, he warned against leaving The Boy out just because of a small matter of statistics, but Nigel and I had already agreed: Stirling had to be in, even if he never actually won the F1 title – so you can vote for him as well.

And if you’re one of our growing number of overseas readers please don’t feel left out. If you’re a Motor Sport reader, you’re a motor sport fan – you’ll have an opinion, so join in the voting too. 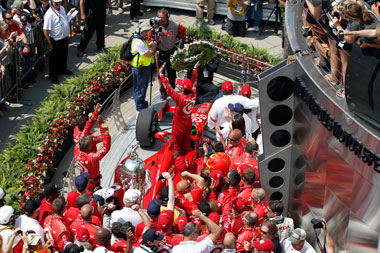 Aside from the champions features, we talk to another Brit this month who has joined the ranks of a special club. At the end of May Dario Franchitti won his third Indianapolis 500, and now he finds himself in the record books alongside the likes of Bobby Unser, Johnny Rutherford and his friend Helio Castroneves as a three-times Indy winner. We’ve already honoured Dario with membership of our Hall of Fame. Now he graces the cover for August editions sold in the US and Australia.

Both Simon Taylor and Nigel Roebuck mark the passing of the great Roy Salvadori this month. Simon also lunches with one of only two men to have won the TT on two and four wheels (he’s the son of a TT winner, too…), while tin-top specialist Jeff Allam dusts off his overalls to sample some glorious 1990s Super Touring cars.

If you’re based in the UK then you will also notice that we’ve done an Essential Guide to Motor Racing supplement with Casio. Formula 1 may be the pinnacle of the sport, but there is so much more to motor racing and we’ve covered all the main series in single seaters, sports cars, touring cars, the US and in rallying. If you want to know what Auto GP or the Australian V8 Supercars are all about then this is a good place to start. Don’t worry if you’re not from the UK, the supplement comes free with the iPad edition here.

There’s also details of the History of Motorsport Technology Conference which is being held at Cranfield University on July 3, and has support from Motor Sport. For more details, click here. Sir Jackie Stewart will be the star guest among a list of great speakers and it should be a fascinating day.

So enjoy the issue – and don’t forget to vote!