After Sunday’s excitement the editorial team wasn’t that quick to get down to work on Monday morning. Instead we spent a reasonable amount of time discussing who our top 10 drivers of the season would be (don’t tell the MD).

You’ll have to wait until our full season review comes out at the beginning of December to see what the final result was, but for what it’s worth, here’s mine. 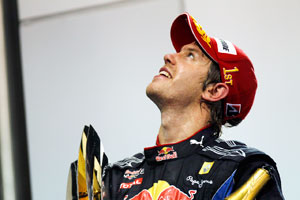 1. Sebastian Vettel: Yes, he made some mistakes, most notably at Spa and Hungary, but he also suffered from mechanical failures which robbed him of certain wins. When neither of those happened, he was unstoppable.

2. Mark Webber: No one thought he could really challenge Vettel on raw pace, but he did. His win at Monaco was sublime and this was his best F1 season to date. Shame nerves got the better of him in Abu Dhabi.

3. Fernando Alonso: The Spaniard regularly put the Ferrari further up the grid than it had any right to be and his second half of the season was a lesson on why not to give up. Hockenheim incident doesn’t take anything away for me.

4. Lewis Hamilton: He put in some flawless drives and some superb qualifying performances. He struggled all year with a McLaren that was never quite fast enough to compete with the Red Bulls at every track. A few too many mistakes, but that’s what happens when you’re pushing a car beyond its limits. 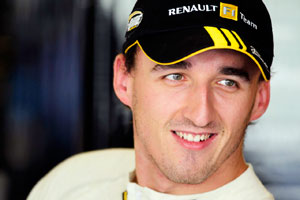 5. Robert Kubica: OK, he didn’t have much competition from his team-mate and he didn’t actually win a Grand Prix. However, he seems to have galvanised Renault and he put in some superb performances in Australia, Monaco and Belgium. Also extremely consistent and mistake free.

6. Jenson Button: His two wins were absolutely brilliant examples of what a wise head can pull out of the bag. He made fewer mistakes than Hamilton, but his qualifying pace needs to be sorted for next year.

7. Nico Rosberg: There was much talk before the season that Rosberg was going to be blown away by Herr Schumacher. The exact opposite happened, and for me Nico was one of the most underrated drivers of the season.

8. Rubens Barrichello: Williams has looked like a proper team on more occasions than not this year and much of that has been thanks to the experience and hard work of Barrichello. Never underestimate the brilliance of the Brazilian. 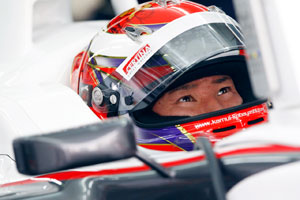 9. Kamui Kobayashi: He made plenty of mistakes and wasn’t that consistent, but wow, when he was racing he found gaps where no other driver could and provided so much entertainment he has to be in the top 10.

10. Felipe Massa: Before this year Massa has only ever qualified on pole in Brazil when he has been driving a Ferrari. In 2010 he was ninth on the grid and then 15th at the end of the race. However, before he was asked to move over in Hockenheim he was doing a great job after receiving one of the worst head injuries you can imagine.

The great thing about these lists is that they vary from person to person… so what do we all think?