Monday’s confirmation that Lewis Hamilton has finally agreed terms with Mercedes for 2021 put an end to the saga of whether or not the World Champion will stay on and fight for an eighth title with the Brackley outfit.

However, Hamilton is committed only for the current season. What happens next year, as the sport heads into a new era with a substantially different rules package, now becomes the focus of the debate – and will remain a talking point until we finally get an answer.

Today’s news came just over three weeks before the March 2 official launch of the 2021 Mercedes W12. With the single pre-season test in Bahrain to follow on March 11, you could argue that everything has been agreed with plenty of time to spare, but in F1 terms, this was taking things to the edge.

Just to provide some context the last time a Hamilton contract extension was announced, for the 2019-2020 seasons, the news came on July 19 2018 – in other words, this latest deal required over 200 extra days to finalise.

So why did it take so long? Mercedes team principal Toto Wolff insists that Covid-19 played a role, with Hamilton testing positive and missing a race weekend in Bahrain just as talks were beginning to ramp up, and then Wolff himself similarly afflicted after the season. Then over the winter it wasn’t easy for the two men to deal with such complex discussions in a virtual environment.

Why did Lewis Hamilton sign Mercedes contract for just one year?

At 36 years old, Lewis Hamilton is approaching the end of his Formula 1 career, so there is a huge amount of intrigue surrounding the length of the latest contract…

It’s also worth noting that this was the first Hamilton/Mercedes contract negotiation conducted without the no-nonsense Niki Lauda in the background, providing his input to both parties.

One factor on Hamilton’s radar during 2020 was Wolff’s future role at the team, which came under scrutiny towards the end of last year.

Of course, Mercedes is not just about one man. However, like Michael Schumacher with Jean Todt at Ferrari, in Wolff Hamilton has a boss in whom he has total faith, and thus a potential change – there was talk of the Austrian moving away from his familiar day-to-day responsibilities – was bound to come into his thoughts.

In December it was finally confirmed that Wolff would remain in his current job for a further three years, taking those doubts away.

However at the same time, a change in the team ownership structure was another announced, with Jim Ratcliffe and INEOS taking a one-third share.

This “privatisation” of the works team may or may not have an impact on track in the coming years, but clearly Hamilton wanted to fully understand what it meant.

We will never know all the details of the discussions, but at the risk of stating the obvious Hamilton had an idea of what he wanted, and Wolff, who answers to the board of Daimler AG, had his own take on what he was able to offer in return. 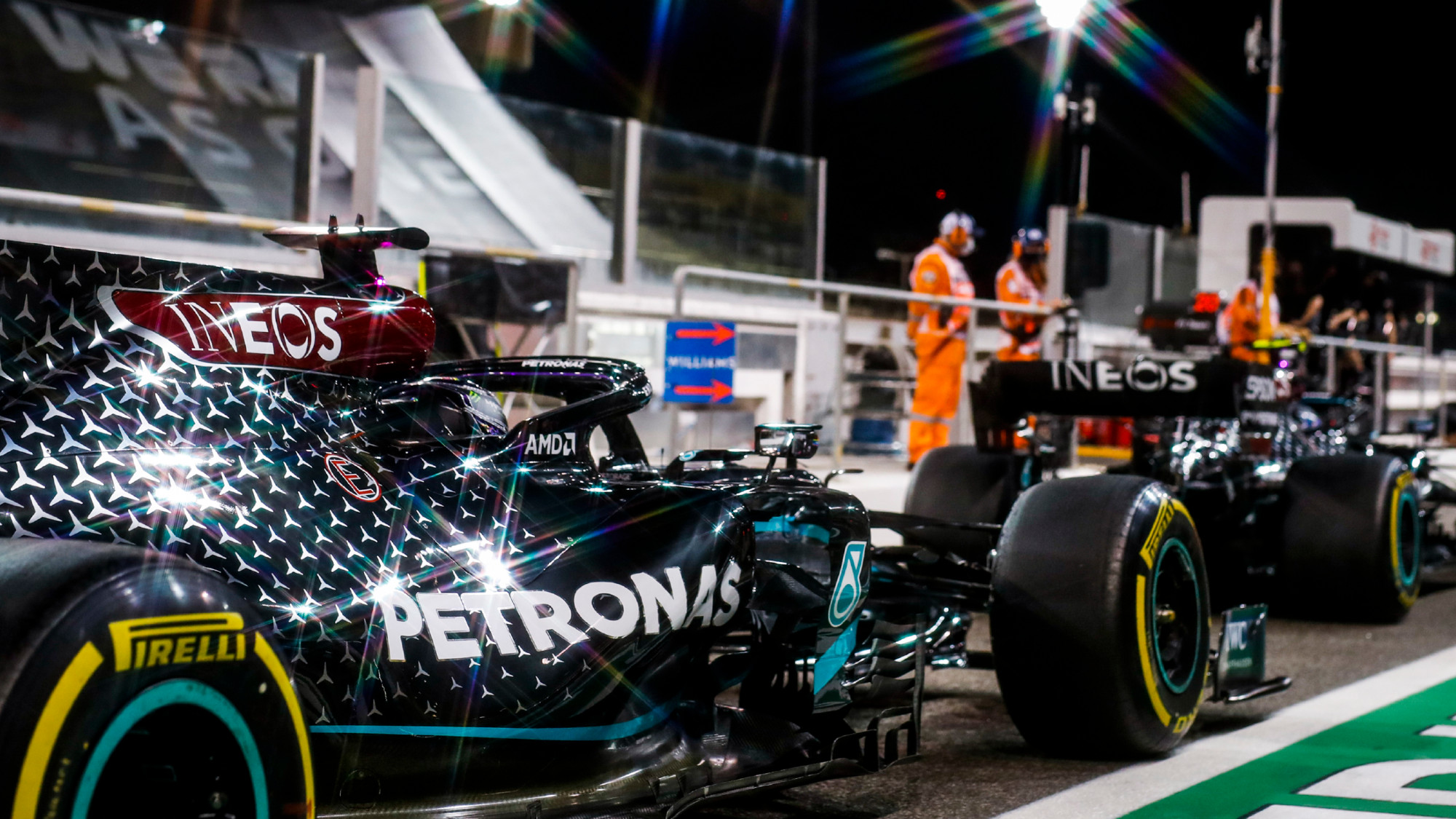 INEOS has taken a stake in ownership of Mercedes, adding to uncertainty over its F1 future

The key issue for Mercedes is the ongoing impact of Covid not just on the F1 team and its revenue streams – everyone has lost income from the dive in fees paid by promoters – but also on the parent company as a whole, especially at a time when there is heavy investment in alternative technologies. Wolff does not have a blank cheque book.

Like any F1 superstar down the years he knows his value, and one just has to look at the results of team-mate Valtteri Bottas in 2020 to appreciate the difference he can make to a team.

The flipside of that was George Russell’s stunning performance when he stood in for the sidelined Hamilton at the Sakhir GP. Russell has long been in the mix as a potential future works driver, along with fellow Mercedes protégé Esteban Ocon, but there’s no substitute for actually getting in the car and doing the job.

Wolff has insisted throughout that Russell wouldn’t be used as a bargaining chip to convince Hamilton that the team had a cheaper alternative to fall back on. Nevertheless the younger Briton was always there, in the background.

Hamilton's one year deal: Will he retire or race on like Schumacher?

Along with the financial numbers contract length was the other big variable under discussion. Teams usually like to tie down their stars for a few seasons, while those drivers, if they are confident that they are unlikely to be usurped, often prefer to build in some flexibility.

In Hamilton’s case it’s understandable that at this stage he doesn’t want to be 100 per cent committed to competing in 2022, and for a variety of reasons.

He turned 36 in January, and he has barely had a chance to catch his breath since he started in karting. Don’t forget that he represented McLaren, with all the pressure that represents, from the age of 13.

He has already competed in F1 without a break for 14 seasons, and always in top teams and with the level of title-chasing commitment on and off track that he’s known for.

Sustaining that would be far from easy for anyone, and indeed the dip in form shown by contemporary Sebastian Vettel over the last couple of years is a reflection of how tough it can be.

Vettel now has the challenge of a fresh start at Aston Martin to help revitalise him, while others such as Fernando Alonso and Kimi Räikkönen have enjoyed breaks from F1 that have helped them to reboot and extend their careers to 20 years.

Hamilton hasn’t benefited from either of those situations. He’s also reached the point in his career where he wants to take it a year at time. He can’t possibly know now how he will feel after this, his 15th straight season, and how that will impact his motivation to do a 16th in 2022.

He may already have some idea that he might like to take a year out, refresh, and potentially return for a couple more seasons.

Another option would be to retire – and it would be very tempting to do that having secured an eighth title and put himself ahead of Michael Schumacher in the record books.

The 2022 rules are the extra element in the mix. Nobody knows how this huge reset will impact the pecking order, and there’s no guarantee that Mercedes will retain the winning momentum that it has enjoyed since the start of the hybrid V6 era in 2014. 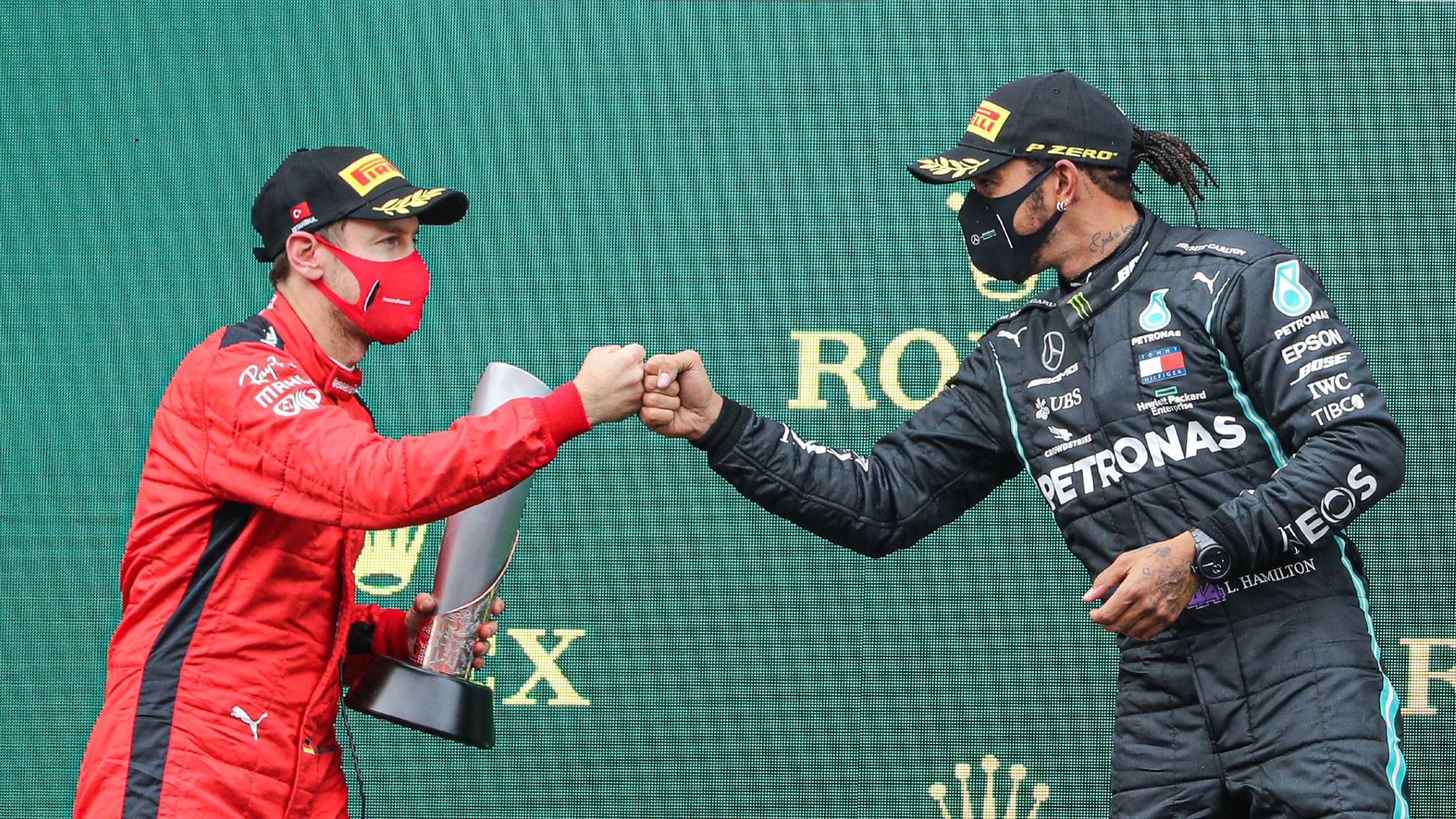 In theory, teams like Aston Martin, Alpine and McLaren have a better chance of closing the gap than was previously the case.

All of those uncertainties help to explain why Hamilton was not willing, or able, to make an early commitment to racing for Mercedes in 2022.

Wolff insists that there’s a willingness for the two parties to continue together, but that it was ultimately deemed better to get the 2021 deal signed, sealed and delivered, leaving the longer-term deliberations for another day.

That makes sense, and it confirms that Hamilton is waiting to see how this year unfolds on track and in the Mercedes factory, and how the bigger picture of Covid develops, and so on.

Whatever happens beyond this season the good news is that Hamilton is still on the grid – and his chase for a record eighth title will be a huge story, one that will potentially transcend our sport. We should enjoy him while we still have him.