The demotion of Daniil Kvyat from Red Bull to Toro Rosso and the accompanying promotion of Max Verstappen in the other direction typifies Helmut Marko’s intensely demanding running of the Red Bull junior driver squad.

Two races after scoring a great podium in China for the senior team, Kvyat finds himself back in the junior team – for the rest of the season. The trigger was of course his double collision with Sebastian Vettel’s Ferrari in the opening seconds of his home grand prix on Sunday. But the reasons go deeper than that. 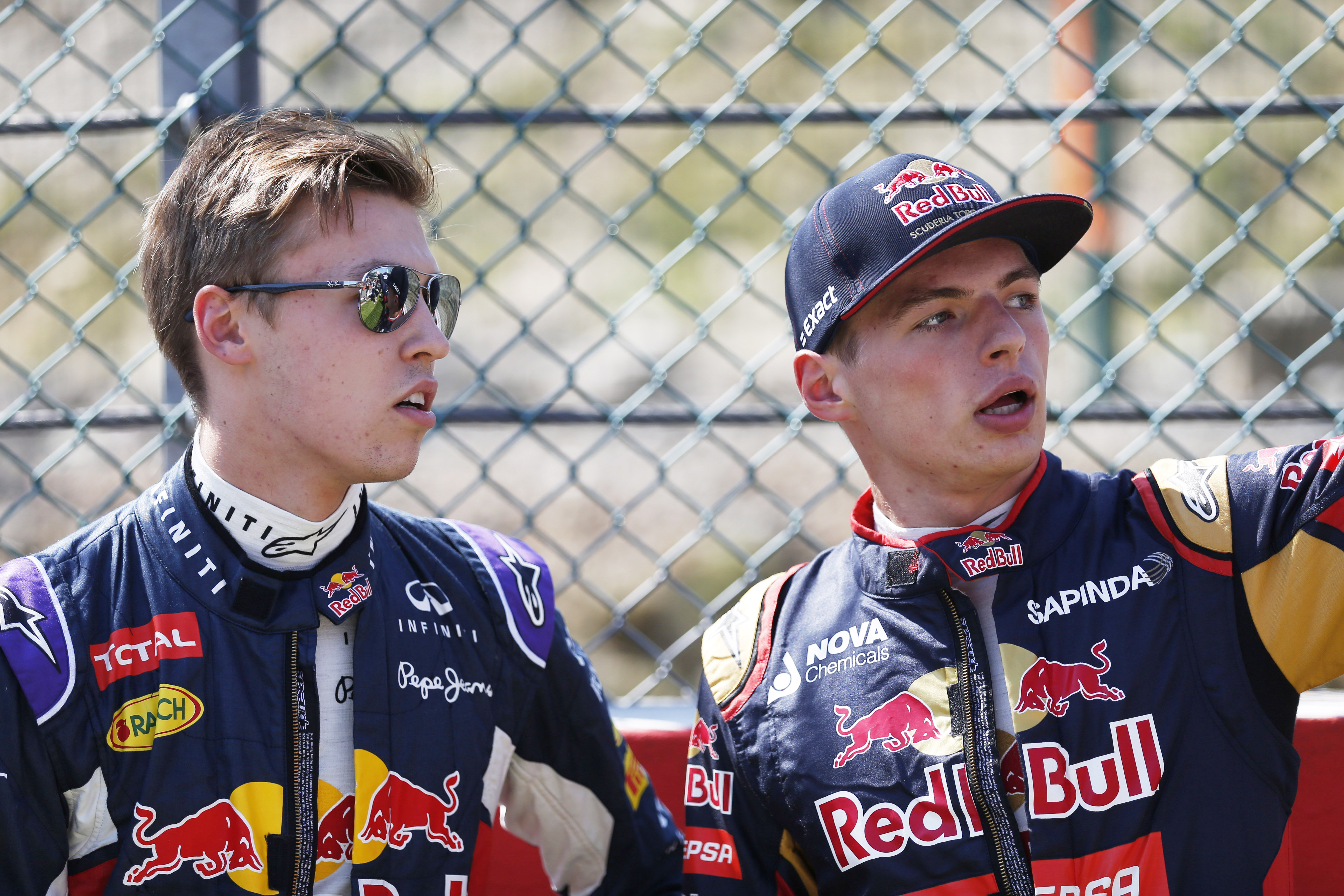 There was also pressure from the other direction – from the Verstappen camp – for 18-year-old Max to be given the opportunity at a time when Ferrari and Mercedes are both said to be very interested in luring him away from the Red Bull camp, maybe as early as next year. A promotion to the senior squad alongside Daniel Ricciardo might be enough to satisfy the Verstappens – especially father Jos Verstappen – that Max’s long-term interests are best served by staying within the Red Bull family.

It’s a familiar modus operandi in Jos’ management of his boy. He used a similar tactic to help get him into F1 in the first place. At the time Red Bull was showing an interest in having the then 16-year-old join the Red Bull roster of junior drivers, he was in his first season of F3. Jos insisted that if Max was to join the family it would only be in F1: they were not, he insisted, interested in just becoming one of several placed in junior categories vying for a possible F1 opportunity in the future. It was F1 or no thank you. Mercedes was interested in a long term deal too and Jos played this in his negotiations. In Max Verstappen’s stellar rise through the ranks, Jos’ shrewd, non-compromising management has been every bit as important as Max’s exploits on track. Max has created the sensations, Jos has parlayed them to maximum effect, keeping that vital perception momentum going. This latest promotion is just another example of that. 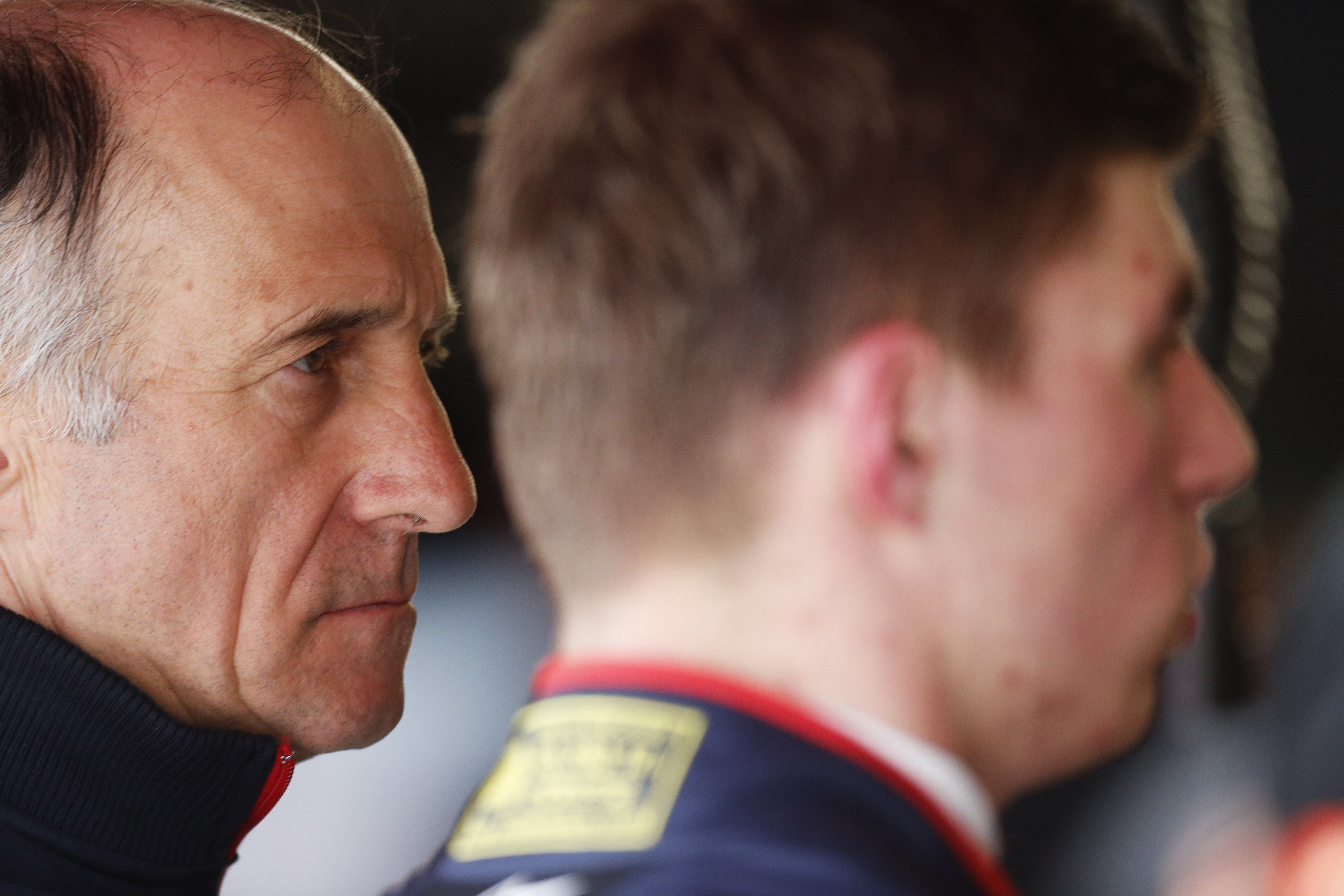 The opportunity that has been so well exploited was however created by Kvyat’s under-performance. Not in Russia specifically – that was just an unfortunate combination of a driver under big pressure (from Red Bull and in front of his home crowd) with the specific circumstances of the moment. From 180mph down to 50mph, he came within probably 12 inches of braking perfectly normally for the first turn and not hitting the Ferrari. The second impact – the one that Marko and Vettel each got really angry about – was triggered by Vettel’s lifting off when Kvyat was flat-out right behind him. Vettel lifted off because he sensed he had car damage. Kvyat had no real way of knowing Seb would be about to do what he did. It was just an unfortunate racing incident. But coming on the back of Vettel’s raging in China about Kvyat’s (perfectly legitimate) first corner move there, the spotlight was firmly upon him. But no, the under-performance came before Russia.

Although Kvyat last year scored marginally more points than team leader Ricciardo, he was not in general the team’s cutting edge. Whenever a direct qualifying comparison was possible between them, it invariably favoured Ricciardo. Here is that comparison:

Daniel Ricciardo vs Daniil Kvyat in 2015 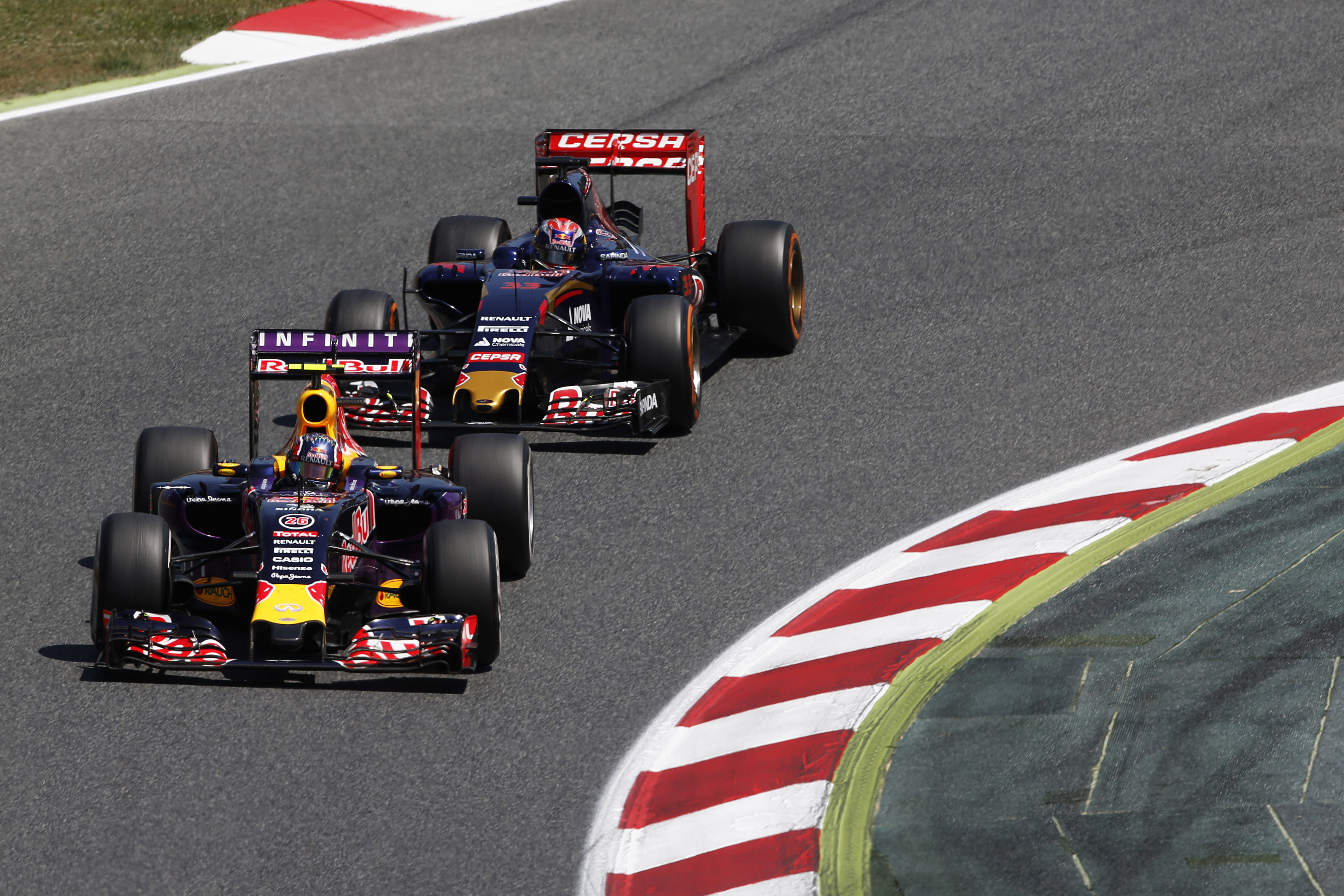 The pressure was stepped up internally on Kvyat around the time of last year’s Japanese Grand Prix when Marko told him he needed to up his performance if he was to retain his place in the senior team into 2016. I was trackside a lot in the wet practices of that weekend and Daniil was driving more aggressively than I’d ever seen him, taking huge speed into the corners, using up every inch of track on the approaches. In the dry of qualifying, he was still super-aggressive – but too much so. Eventually, in looking to take all the track width on the approach to the fast turn 10, he got a wheel on the grass. A spectacular, wheel-shedding multiple roll accident ensued. His bravery has never been in question. But against a great all-round, experienced, deep and super-confident talent like Ricciardo’s – someone who, let’s not forget, out-performed Vettel when they were team-mates – it wasn’t enough. Kvyat is a quick, highly promising driver by any normal standards. But the whole ethos of the Red Bull junior programme is to find the next world champion. Those who are adjudged maybe to have the right stuff are given their opportunities. If the picture is then pointing towards ‘good F1 driver worthy of his place on the grid’ rather than ‘future champion’ he will be dropped. See Christian Klien, Tonio Liuzzi, Jaime Alguersuari, Sebastien Buemi etc.  Kvyat’s performances were erring Marko’s opinion in the former direction last year. This year was a second chance. Being consistently out-qualified by Ricciardo in the first four races and then the incident… Well, the agendas of the Verstappens and Marko came together in a way that in hindsight made this switch virtually inevitable. It carries with it a total teutonic logic.

From the Archive: Mark Hughes on Max Verstappen (July 2015)

Now Verstappen goes up against Ricciardo – and that’s a truly fascinating contest. Is this where the unstoppable object comes up against the immovable force? Beyond that, Kvyat has to try to rebuild perceptions about him – against a young team-mate, Carlos Sainz, who has actually proved at least as fast a qualifier as Verstappen.  Getting answers to those questions are only in Red Bull’s interest and furthermore it relieves some of the pressure that was building internally at Toro Rosso between the Verstappen and Sainz camps – pressure that was intensified by the under-performance of Kvyat. Both sides could sniff opportunity in the air. In qualifying at Sochi team principal Franz Tost had a blazing row with Verstappen and his race engineer Xevi Pujolar after they had ‘gone freelance’ against the team plan in their choice of tyres. On the other side of the garage Sainz was hugely frustrated that his Q2 lap – which had looked certain to get him into Q3 alongside Verstappen – was blown when he encountered a slow car in the final sector. Which car was that? Kvyat’s Red Bull…