What could possibly have made Daniel Ricciardo take the bold step away from Red Bull to Renault F1? 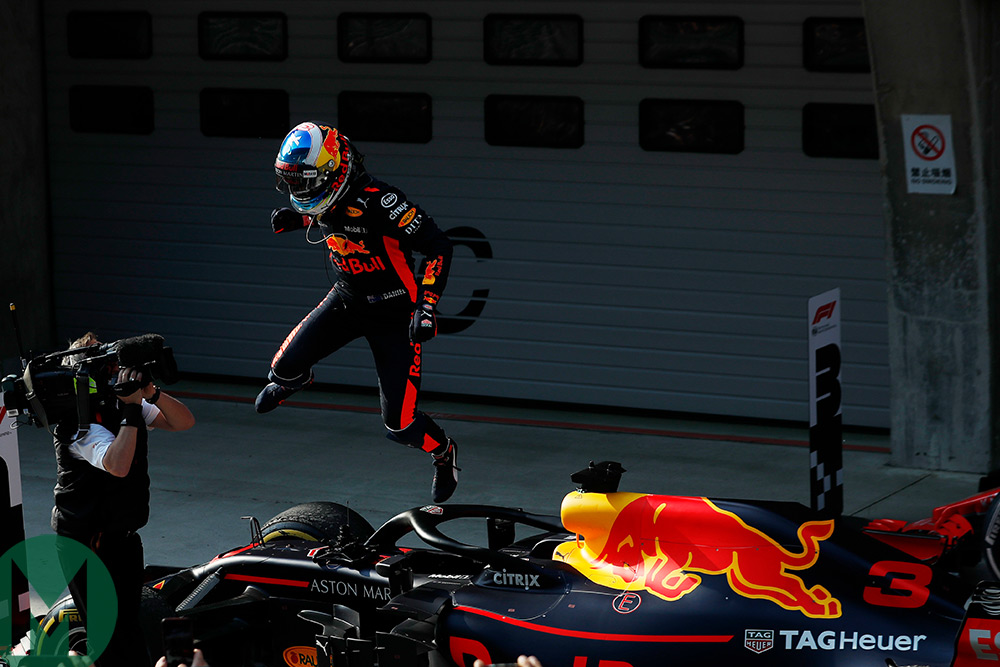 Who knows what was really going on inside Daniel Ricciardo’s mind? Having carried around in his briefcase an unsigned Red Bull contract for two weeks, with everything he’d asked for on it, he finally took a deep breath and jumped from the nest.

Did he jump into oblivion? Or onto a rising current of air that will see him one day achieve his world title ambitions? Does he believe either outcome is preferable to staying in a place where he was beginning to feel marginalised as Max Verstappen somehow inevitably draws the team’s focus upon himself without even trying?

This is really not the equivalent of Lewis Hamilton leaving McLaren for Mercedes. That was leaving a title-contending team for a hugely-funded race-winning team with the potential for a lot more. This is more like Fernando Alonso leaving Ferrari for McLaren; yes, there are obvious frustrations and imperfections, always something in the way of ultimate success, but the alternative is far behind, maybe improving, maybe not.

Yes, the Renault he joins is a works team but not one with anything like the funding of Mercedes, Ferrari – or even Red Bull. And although it has frequently been ‘best of the rest’ this year behind those three teams, that can still often mean a Renault that is lapped by an identically-powered Red Bull. That is not the sort of shortfall that can ordinarily be made up in a season or two.

What about when Verstappen starts going quicker regularly? Which parts is he getting? Which engine? Why that one? How does it stack up against mine?

No matter what the motivation or thought process, this is a throw of the dice for Ricciardo. At 29-years-old and maybe believing a Honda-powered Red Bull wasn’t going to offer him a title prospect in the next two years (and that the team couldn’t even guarantee its participation in Formula 1 beyond that), then why not invest those two years into being part of the build-up for a team that is committed to F1 until at least 2024? Maybe in an F1 that is cost-capped down to Renault levels from ’21 onwards? It may work, it may not; what is there to lose, he may have reasoned.

But it’s difficult to avoid the suspicion that only some of this move is driven by reason. Emotion has surely played a heavy part. The smiling goofball is only a front for an intensely competitive persona; as a kid he had real problems keeping a lid on it if he was beaten at something. He’d lash out even at friends. That sort of intensity doesn’t disappear – it merely gets re-directed. The decision to leave Perth for Europe wasn’t taken lightly; he knew the mountain he was choosing to climb and felt that he could conquer it.

Once Ricciardo was on that Red Bull junior driver programme, for him it was a done deal that this was leading to an F1 seat – and he confidently blitzed the test that would put him on that path. Everything else would then depend only on the competitiveness of the cars Red Bull could provide him with – and at the time they were destroying all-comers.

So, after a Toro Rosso apprenticeship, he finally gets his bum in a Red Bull as Mark Webber’s replacement – smack bang into the new hybrid formula with an uncompetitive engine behind him.

Outsiders were amazed he outperformed four-time champ Sebastian Vettel. For him, that was a mere formality dwarfed by the disappointment of having just missed the team’s golden era. Did he ever dwell on it? He says he tried not to. But when pushed, he’d admit, “I think Seb was a lucky boy.” Not in the sense of dismissing Vettel’s achievements in maximising the opportunity, but in frustration that his own opportunity wasn’t quite as golden, that maybe he’d left Perth a couple of years too late.

Then into that backdrop, place Verstappen, the whirlwind teenage phenomenon, the kid who grew up in the circus right in the very heart of the motor sport, possessed of a huge talent and knowing nothing of doubt. So Ricciardo dug down deep and competed hard with him – beat him some days, got beaten by him on others. But so many years younger, so many more years of opportunity. Competing against that was like competing against the prevailing wind. Paranoia in the Ricciardo camp was natural, just as there’d been in the Carlos Sainz camp at Toro Rosso.

Then came Baku this year. What was said in the Red Bull camp after Verstappen had resorted to his patented – and illegal – second move, even against a team-mate? Both drivers equally to blame, said the team afterwards, a line that Ricciardo, with great maturity, went along with. But did they actually say that in the private meeting too, when it was just them locked in a room?

Just little nagging things, picking away in Daniel’s mind – how does such a competitive psyche deal with that? What about when Verstappen starts going quicker regularly? Which parts is he getting? Which engine? Why that one? How does it stack up against mine?

Did it feel like it was all heading only one way? That the situation was becoming stale? That with time running out, it was time to do the unexpected? Whenever he pulls such a move on-track, it can often look like it’s surely headed for disaster – but somehow he makes the pass. Can he really replicate that off-track?