Do we really think that Fernando Alonso isn’t as good as Esteban Ocon? Kimi Räikkönen not up to Antonio Giovinazzi’s standard? Sebastian Vettel not in the same league as Lance Stroll?

As ridiculous as this might sound, all these former Formula 1 champions are currently either being easily matched or put in the shade by their team-mates.

Perhaps, after a combined F1 career of 53 years, and with their respective ‘superpowers’ apparently waning, is it time for them all to call it a day?

Let’s start with Alonso, who might be seen by many as the most talented of this golden oldie trio, and has just recently made his comeback after two years out of the sport.

The overriding theme of the second half of Alonso’s F1 career was his quest for a third F1 title to complement his two won in 2005 and ’06 – and that quest has brought him back to F1 once more, stretching his grand prix career into a third decade.

After turning his attention for a period to winning the ‘Triple Crown’ of motor sport – Monaco, Le Mans and the Indy 500 – a subsequent racing odyssey though different disciplines has garnered Alonso two La Sarthe victories, the 2018-2019 WEC title, a Daytona 24 Hours win and a second fastest stage time during a off-road foray into the Dakar. Three attempts at Indy have thus far brought a best finish of 21st. 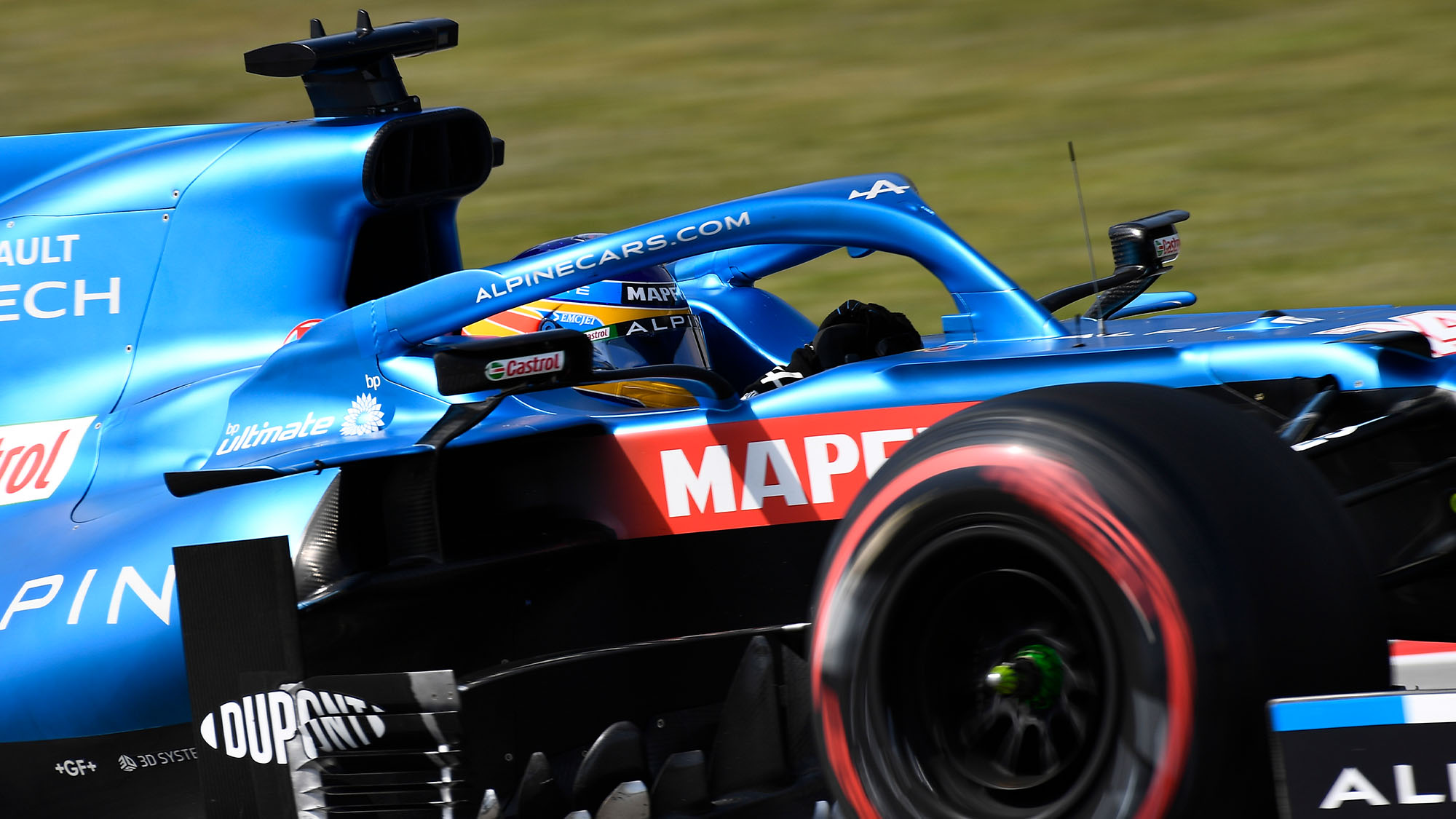 Alonso has found his F1 comeback an uphill struggle so far

Alonso hasn’t won the ‘TC’ though – and now says the level of competition in F1 has attracted him back to the World Championship. The Spaniard of course also hopes that the 2022 rules change can vault him into title contention.

However, since his grand prix return – at the age of 39 – Alonso has been put in the shade more often than not by young Esteban Ocon.

Although a typically swashbuckling performance heralded the Spaniard’s first race back at Bahrain – ended prematurely by a sandwich bag getting sucked into a rear brake duct – Ocon has since both qualified and finished ahead of his illustrious team-mate.

The Frenchman qualified ninth to Alonso’s 15th in Imola, 7th to 13th in Portimão and 5th to 10th in Spain.

Although Alonso isn’t known for being a great qualifier, this is a fairly comprehensive drubbing. Even with a reasonable improvement in pace, he’d probably still be behind. It would take a large swing to overcome this pace deficit to an ambitious and talented young team-mate – one who is keen to prove his recent doubters wrong and show parent–team Mercedes he’s worth a second thought for a seat at Brackley. 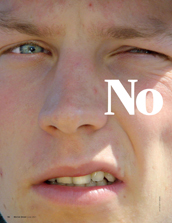 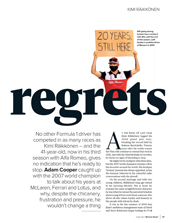 It’s not been much better in the races. Since Sakhir, Ocon has finished ninth, seventh and ninth. Alonso has come in 10th, eighth and 17th. The young Frenchman has 10 points to Alonso’s 5.

There are still 19 races to go and Alonso has almost two decades of F1 experience to call upon, but can he really turn around such a comprehensive deficit? For the first time in his career, it looks like the two-time champion’s racing abilities might actually be ebbing away.

Even if Alpine did produce a car capable of challenging in 2022, it doesn’t seem inconceivable that Ocon could stay at Enstone and beat the Spaniard to the title.

Perhaps, if Alonso wanted to seal the ‘greatness’ he so craves, he should decamp to IndyCar and work on securing the ‘Triple Crown’ full-time instead?

The two-time champ’s relative humbling at the hands of his team-mate has been a mere drop in the water compared to what’s been dished out to Sebastian Vettel in recent years.

“To be brutal towards Vettel, he’s always been a crasher”

In terms of performance, the four-time champion has appeared to be on the slide for several years. Despite at times appearing to have the best car on the grid in 2017 and 2018, he comprehensively contrived to throw away golden changes to win and cement the championship, often through unnecessary accidents.

To be brutal towards Vettel, he’s always been a crasher, getting involved in incidents that are more often than not his fault. There’s too many to list here, but trawl through his career results and you’ll find them.

Come 2017 and as Vettel entered his 30s, so the prangs became more frequent. He no longer appears to have the natural speed to offset these incidents – the atmosphere soured at Ferrari in 2019 when their new golden boy Charles Leclerc, looked upon with the same affection as Gilles Villeneuve it would appear, came along and immediately outpaced his team-mate, whilst Vettel still concerned himself with driving into things.

Vettel moved over to Aston Martin for 2021, and kept up tradition by punting an unsuspecting Ocon off at the first turn Bahrain.

It seems to his credit that he hasn’t had any more accidents so far this year. How many points has Vettel scored though? Zero.

Lance Stroll has chalked five in the meantime. Not a huge difference, but he’s looked to have the edge on Vettel in their four races together so far, as well as it being 3 – 1 to the Canadian in qualifying performances.

The car doesn’t appear as competitive as last year, but for all Aston’s crying about the new aero rules not favouring its low-rake racer, Stroll’s results haven’t been all that different from last year to some degree. Though the Canadian bagged a couple of podiums in a topsy-turvy year, he also often flirted with the lower end of the points or was indeed out of them on off-days.

His then team-mate Sergio Perez consistently scored better results, and Nico Hülkenberg also appeared faster than Stroll on his 2020 cameos for the Silverstone team.

In short, Vettel’s probably making the ASM21 took a lot worse than it actually is. The team’s complaints are partly covering this.

Looking at it in terms of cold, hard results, if Vettel hadn’t won all those titles, there’s surely no way Aston would’ve hired him. If you’re only as good as your last race, he might as well have retired long ago. 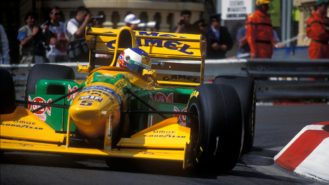 Kimi Räikkönen appears to be the least beleaguered ‘old boy’ in this discussion, but his results also point to the fact that it might be an appropriate time to bring the curtain down on an ultimately successful F1 tenure.

‘The Iceman’ claims that he now does F1 just as a hobby – and he’s driving like it too.

The Finn was noted for being ferociously fast during his early years, particularly in a 2005 golden period when he won seven grand prix but failed to win the title due to his McLaren’s unreliability.

However, his career has achieved the longevity it has through him coming to be considered as a safe pair of hands, bringing the car home for the safe points.

That hasn’t been the case so much of late though. Although Räikkönen’s trounced Giovinazzi in 2019, in 2020 the two Alfa Romeo boys scored 4 points apiece. 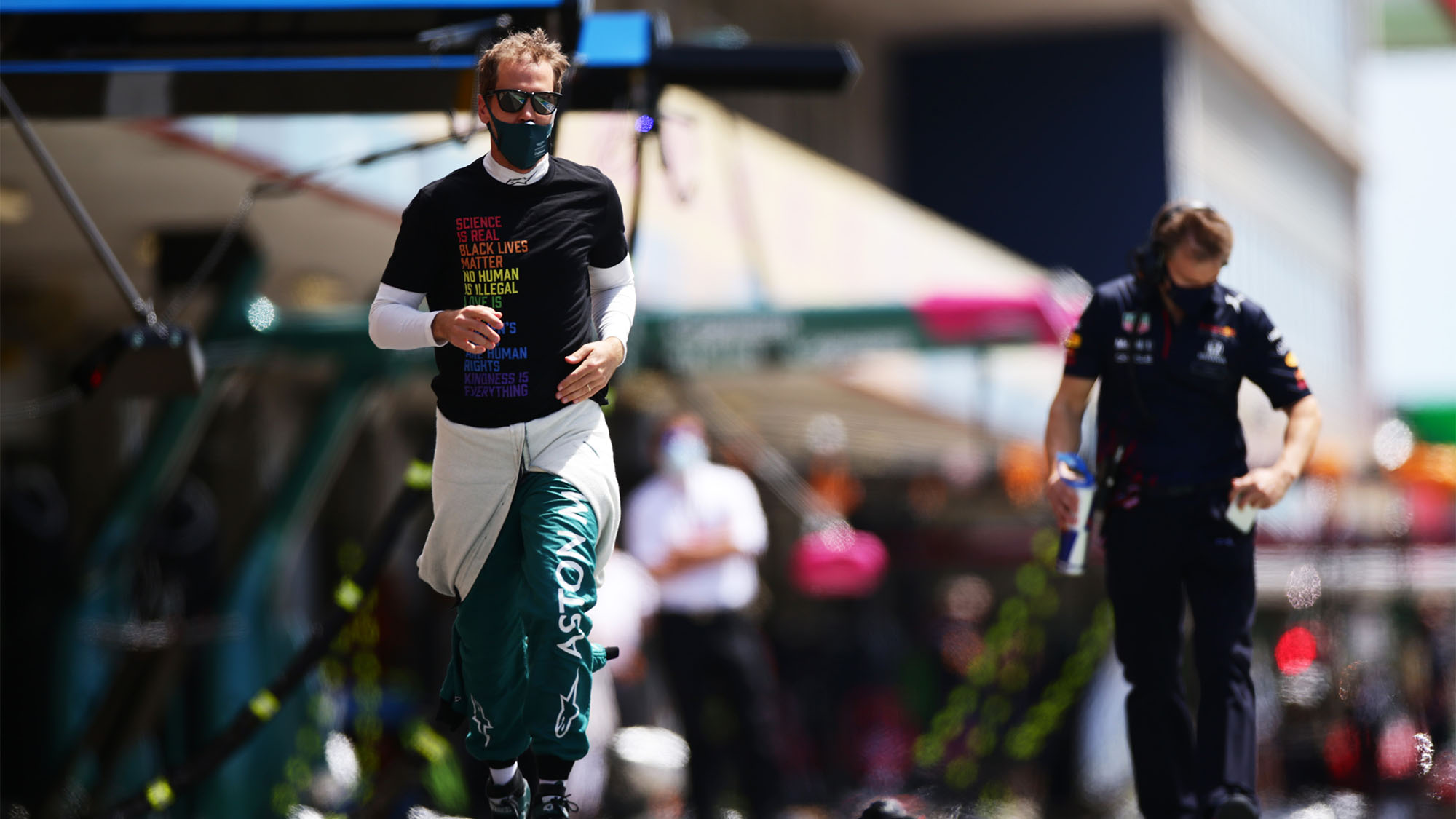 Heading into 2021, they’ve again looked evenly matched. In qualifying the score is two-all, but the elder statesman has bested his Italian team-mate in three races out of the four so far, but not by much. They both currently sit on zero points.

Furthermore, Giovinazzi has also suffered his fair share of bad luck in the opening ’21 races. A poor pitstop dropped him to 11th in Bahrain, a visor tear-off got caught in a brake duct in Imola and one of his tyres was discovered to have puncture just before it was fitted mid-race in Spain. In Portugal, it was his own team-mate contributing to the Italian’s misfortune.

Speeding down the Portimão pit-straight, Räikkönen suffered the embarrassment of driving into the back of Giovinazzi at high speed when looking down at his wheel display.

As pointed out by Martin Brundle at the time, it was rather a rookie error for a winner of 21 grands prix. Combined with his diminishing speed, it might be a sign of the times for Räikkönen.

It’s typical of most elite sportspeople, however naturally talented they might be, to revert to ‘rookie’ habits as the years march on. The hands and feet won’t quite do what the brain tells them to at the speed it once did, as so the mistakes increase.

As the performance, and therefore the results, start to slip away from Alonso, Vettel and Räikkönen, perhaps it really is time for them all to call it a day?