Ferrari’s Driver Academy welcomed its first female recruit last week with Dutch teenager Maya Weug joining its line-up. She will now take part in a full season of Formula 4 in one of the first steps in her career with Ferrari backing.

While it is usually Red Bull that’s synonymous with young drivers coming through the ranks, arguably it’s Ferrari that has made the most waves with its programme in the junior categories recently, which bodes well for Weug’s future.

She joins the Academy after winning the FIA’s inaugural Girls on Track Rising Stars series, run in collaboration with the Women in Motorsport commission.

Will she make it to Formula 1 though? If you look through the strike rate for the Ferrari Academy up to this point and recent form, it suggests that she stands a fair chance.

Half of Academy drivers have made it to GP2/F2

Of the 12 former Academy drivers, 50 per cent of them made it to at least GP2/F2. And they weren’t there just to make up the numbers. Today Ferrari boasts two of the last four winners of the Formula 2 championship, both of whom are now competing in F1 — alongside two other former Academy drivers.

Its stand-out performers are among the better drivers in the categories they compete in from F1 down, and there is no reason to think its talent-spotters have lost their touch, with the pipeline looking as promising as it does currently.

Academy drivers are in a strong position to develop: Ferrari’s link with Prema gives its younger talents spaces in the majority of the junior ranks to race for one of the more competitive teams in single-seater racing. Prema’s strong presence in categories now gives the Ferrari talent a sense of continuity, something that can help build confidence levels.

In the early 2010s, the likes of Raffaele Marciello, Antonio Fuoco and Brandon Maïsano showed promise and won titles early on in their junior careers while part of the Academy, but their momentum stalled the closer they got to Formula 1.

Ferrari is arguably signing better prospects to its ranks from younger age groups and has a clear route through the junior ladder which now more often leads to better results in terms of junior talent.

The strike rate for making it to at least Formula 3 is in Weug’s favour, and with Prema the likely destination for any Ferrari junior coming through, there is a chance she will be competing in winning machinery too.

There’s now a well-trodden path from those development series to the very top. This year, Mick Schumacher joins Haas fresh from winning the Formula 2 title, Robert Shwartzman claimed the 2019 F3 title and is tipped as a favourite for this year’s F2 crown.

Callum Ilott took it down to the wire versus Schumacher last year for the title in Formula 2 and is now the team’s reserve driver while Marcus Armstrong is expected to have a much better showing in 2021.

Younger brother of current F1 star Charles, Arthur Leclerc finished as runner-up in the Formula Regional F3 championship having taken the most wins of anyone in the series in 2020. He is now set to take part in FIA F3 this season.

Ferrari is also prepared with another crop of younger drivers.

17-year-old Swede Dino Beganovic will compete in the Formula Regional European Championship after finishing third in his maiden single-seater campaign in Italian F4. Gianluca Petecof was the Regional Euro champion last season, and is now targetting a season in FIA F3 in 2021.

Get a glimpse of what the future holds for her 🙌@fia @fiawim pic.twitter.com/3JGzt4TEUb

Prior to Weug winning her spot with the Academy, Ferrari signed 14-year-old James Wharton to its ranks after the Australian won its scouting world finals competition. He is now preparing for a season in F4 once he meets the minimum age requirement of 15.

If you look back further, there are a handful of examples to choose from that suggests Weug’s signing could lead to a seat at the top table in Formula 1.

The crown jewel of the Academy is undoubtedly Charles Leclerc. Having taken the GP3 championship in 2016, the Monegasque driver dominated the GP2 season with Prema the following year and went on to become the first Academy prospect to drive for the Ferrari F1 team.

An F1 call-up was undeniable after his domination in F2, and after taking a season to adapt to things with Sauber, made the move to Ferrari for 2019 alongside Sebastian Vettel.

His impressive performances did not relent there, as he gave Vettel the toughest time a team-mate has since Daniel Ricciardo back in 2014. It eventually led to the team abandoning the German driver as team leader and backing Leclerc to lead the team into the future.

Vettel has now been booted out of Ferrari after his dream of winning a title with the Prancing Horse ended on a disappointing note in 2020 but he lines up alongside another fairly recent success for Ferrari’s driver programme.

Lance Stroll claimed the 2014 Italian F4, 2015 Toyota Racing Series and 2016 Euro F3 titles under the Ferrari umbrella ahead of his jump to Williams and Formula 1. 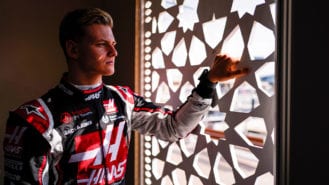 The Canadian has shown glimpses of his potential in F1, with a starring qualifying performance in Monza back in 2017 and more recently a promising Turkish Grand Prix last year.

While his arrival in Formula 1 was not through Ferrari association with a drive at Sauber or Haas, his place on the grid is deserved and he’s shown marked improvement year on year since his debut year.

Former Racing Point team-mate Sergio Perez will get his chance at a top team once again following an unsuccessful season with McLaren, but the Mexican showed his true potential in 2020.

It was clear that Perez had the speed when he made it to F1, Ferrari had seen it and Perez was signed to the Academy when he made his debut with Sauber in 2011.

Harassing then-Ferrari man Fernando Alonso for victory in Malaysia in 2012 was his standout moment in his early F1 career, but since then he has shown a great understanding of the Pirelli tyres and maximised performances at less competitive teams.

Up until his ultimately fatal accident at Suzuka, Jules Bianchi was regarded as Ferrari’s future and was the first driver to be signed up by the Academy.

Whether his points finish at Monaco in an uncompetitive Marussia in 2014 was enough to guarantee a call up to Sauber or Ferrari in the future we sadly never got to find out. The Frenchman left a positive impression on drivers, mechanics and team bosses through F1 and had been tipped to be the Scuderia’s next success.

Weug has already shown the adaptability required to succeed, with Marco Matassa, head of the Ferrari Academy, praising her “mastery” of a car despite limited single-seater experience.

It’s too early to suggest that Leclerc may one day find himself in Vettel’s position as an upcoming Weug blazes a trail from the other side of the garage. But Weug can certainly dream.