Confirmed: Robert Kubica to drive for Williams in 2019 alongside George Russell 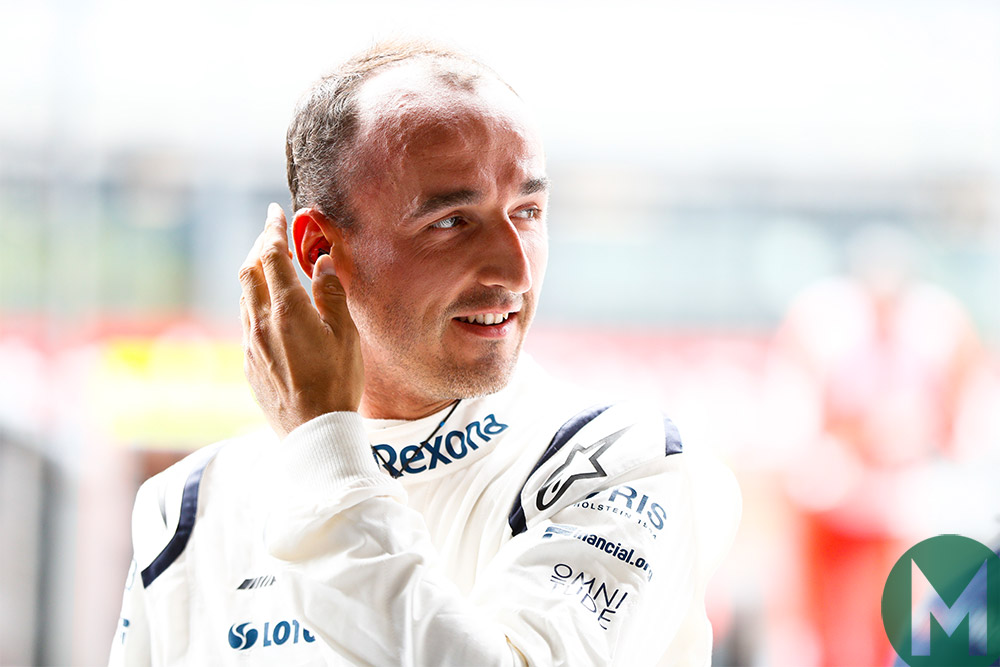 Williams has officially confirmed Robert Kubica will race for the team in 2019, partnering George Russell on the Formula 1 grid.

It will be his first full Grand Prix season since 2010, and signals a remarkable comeback from the life-changing injury he sustained when rallying eight years ago.

Kubica, a Grand Prix winner with BMW Sauber in 2008, had reportedly been approached by Ferrari and Renault for development roles.

“It has been a long road to get to this point,” the 33-year-old said. “But as that challenge now comes to an end with this announcement, a new challenge begins working with Williams on track. It will not be easy, but with hard work and dedication, both George and I will work together to try and help the team get in better shape to move further up the grid.

“This year has been tough, but I have learnt a lot, and I’d like to thank Sir Frank and Claire for this opportunity.

“Being back on the F1 grid next season will be one of the greatest achievements of my life, and I’m sure with hard work and commitment we will be able to help motivate the team to achieve good things together.

“Thank you again to everyone who has supported me and believed in me. I will finally be back on the grid behind the wheel of an F1 car, and I cannot wait to get back racing.”

Claire Williams, deputy team principal, added; “I am delighted to announce that Robert will be stepping up to the role of race driver to partner George in 2019. All of us at Williams have been immensely impressed at what he has achieved, and it is a great credit to his strength of character and tenacity to return to F1.

“During this season his commitment to the team and the work he has put in behind the scenes has been unwavering, and he has become an established and much-respected member of the Williams team. He has a level of determination that is remarkable to see, and he truly embodies the Williams fighting spirit.

“Having the consistency of Robert stepping up into this new role will be an important step for us as we look to fight our way back towards the front of the field. I am also excited to have a mixture of youth and experience to lead us into 2019 and we look forward to seeing what they can achieve on track. I would also like to thank Lance and Sergey for their hard work in what has been a challenging season. We wish them all the best for their future careers.”

Lance Stroll’s destination has not yet been announced, but he is expected to join Sergio Pérez at the team his father owns, Force India.

Toro Rosso also has one seat as yet unfilled, with Alex Albon reportedly in talks to switch from Nissan’s Formula E programme.