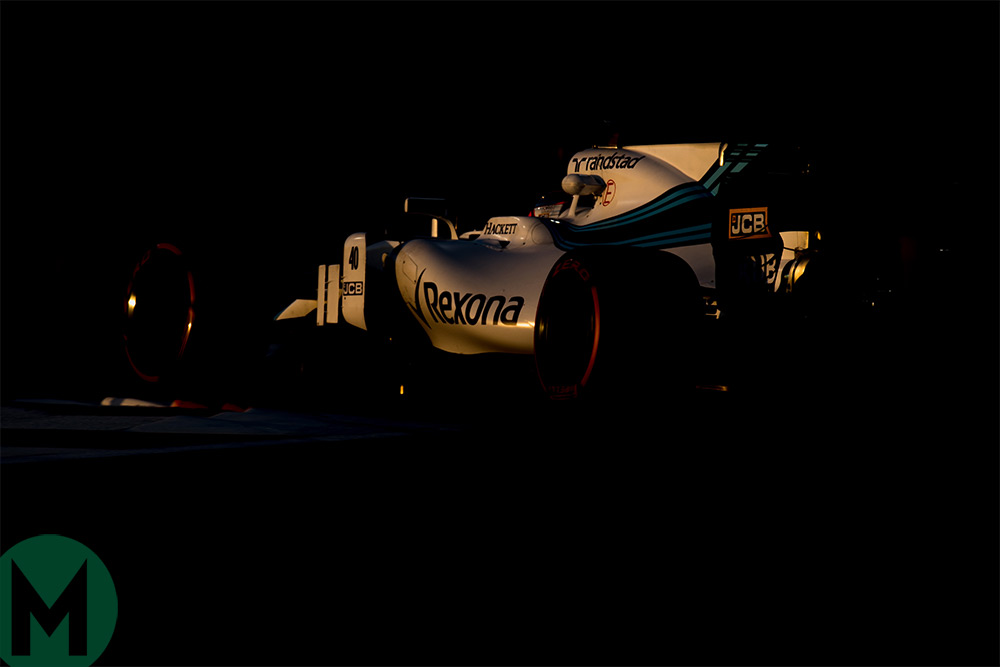 Sergey Sirotkin has been announced as Lance Stroll’s partner for the 2018 Formula 1 season, dashing Robert Kubica’s hopes of a comeback.

The 22-year-old served as Renault’s reserve driver in 2017, also entering the Le Mans 24 Hours for SMP Racing with a 33rd place finish. He made two 2017 starts in the Formula 2 championship for ART Grand Prix in place of Alexander Albon, having finished third in the 2016 F2 (then GP2) standings with three wins.

“To say I’m happy and proud to join such a famous team like Williams is an understatement,” said Sirotkin in Williams’ statement. “It took a huge amount of work to get where I am, and I’m really happy and thankful to everyone involved. The result of our combined efforts has helped me achieve my dream, and rest assured the team can rely on me to deliver my best.”

Sirotkin’s performance over the two-day Pirelli test at Abu Dhabi is thought to be one of the deciding factors as the pair completed 214 laps between them for Williams with similar pace. Russian bank SMP is also thought to have swayed Williams with a large financial sum, reported to be around £15 million.

Kubica sparked hopes of a return, testing for Renault earlier this year in Hungary in a 2017 F1 car, with Williams then putting him in solid contention for the seat alongside Lance Stroll with an Abu Dhabi test invitation. The 33-year-old Pole suffered serious injuries in a 2011 rally crash, forcing him to take a long hiatus from F1. He went on to compete in the European Rally Championship from 2013-14 and WRC from 2013-16, with cameos in the 24 Hours Endurance Series. In a team statement, deputy team principal Claire Williams said that Sirotkin was picked “after an extensive driver evaluation process.

“We have taken our time to evaluate all the available options, and I’m confident Lance and Sergey can deliver the best results for the team,” added Williams. “The Williams philosophy has always been to promote and develop young talent and Sergey fits right into that ethos. Lance has had a record-breaking debut season, and with a year now under his belt, he will be ready to hit the ground running in 2018. We have a talented driver line-up for 2018, that we are confident will deliver some exciting results for the team.”

Paddy Lowe, chief technical officer, added: “We have conducted a rigorous and exhaustive driver evaluation process. Ultimately, Sergey impressed the team with his driving pace and talent, technical feedback and work ethic, both at the factory and trackside in Abu Dhabi.  I’m delighted he will be joining the team to partner Lance next season. Lance will be going into his second season with us, after notable achievements in his rookie year.  We have an exciting line-up for 2018 which we believe will help us to maximise the potential of the FW41.”

Questions will be raised over Martini’s partnership with Williams, with the drinks maker reportedly requiring a driver of at least 25-years-old to race for the outfit.

Robert Kubica has been named as Williams’ reserve and development driver for the 2018 Formula 1 season.

Williams states that the Pole will ‘have a particularly active role within the team this year’. Kubica will take part in pre-season and in-season testing, as well as an undisclosed number of practice sessions over the season. He will also act as a stand-in, in case of emergency.

“I feel in the best physical shape that I have ever been, but it has taken a lot of work to get to where I am now, so I’d like to thank Williams for the opportunities they have given me so far, and for putting their faith in me with this appointment,” said Kubica in a statement. “I have enjoyed being back in the Formula 1 paddock over these past few months, and I now look forward to working with the Williams technical team, both at the factory and at the track, to really help push forward the development of the FW41 and to make a real difference to their 2018 campaign.

“Having driven both the FW36 and the FW40, I’m looking forward to seeing how the FW41 measures up on track and working with the team to ensure we can maximise the performance of the car. My ultimate goal remains to race again in F1 and this is another important step in that direction: I cannot wait to get started,” added Kubica.

“First and foremost, we’d like to congratulate Robert on what he has achieved so far.,” said Lowe. “To overcome his injuries, return to fitness, and drive a Formula 1 car again is a remarkable achievement, and one that few considered possible. We anticipate Robert will make a strong technical contribution to the team, using his wealth of experience in track testing, simulator work, and support to the race drivers and engineers at every race. He is a driver I have admired for many years and I am personally very happy to be working with him towards our 2018 Championship.”