Mark Hughes investigates where it’s all gone wrong for Williams, and explains how the cracks have been papered over 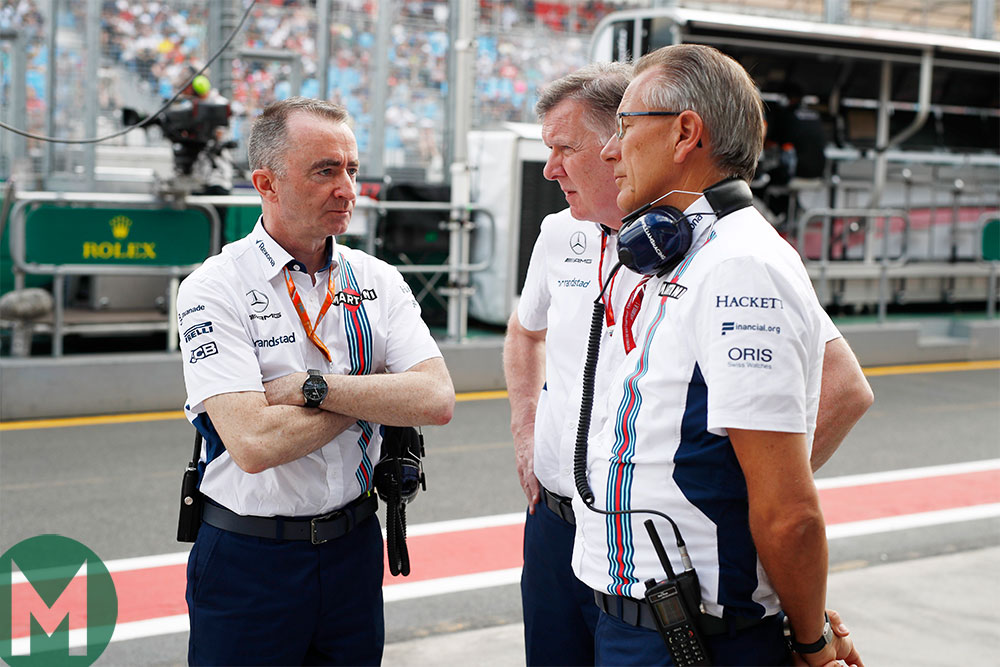 Williams rescued itself from two different sorts of oblivion five years ago: financial and competitive.

Financially, the recruitment of Mike O’Driscoll – initially as a non-executive director, subsequently as CEO – steadied the ship. He oversaw a lot of restructuring as Sir Frank moved into more of a figurehead role for the team he’d built up from nothing to multiple world championship glory in the ‘80s and ‘90s.

The way ahead had been pointed out some years before, as then FIA President Max Mosley had attempted to introduce the concept of customer teams. Small teams that could simply go and buy competitive kit from big teams – much as Frank himself had done in 1969 with his Brabham piloted by Piers Courage – threatened the very existence of entities such as Williams that prided themselves on creating their own machinery but which no longer had an automotive partner. Partly through the resistance of Williams, that threat was faced down and didn’t materialise. But in the course of that whole discussion Max had said to Frank: “Your business model is obsolete.” Frank retorted, “Thanks very much. Three decades of being a good F1 citizen and this is how I’m repaid.”

With detachment, it was easy to see both points. Formula 1 had moved on from the Cosworth DFV era into factory partnerships and vast expansion, both of which Williams had enjoyed. But since parting with BMW in 2005, Williams was a team structured and sized around manufacturer support it no longer had. It has remained in that awkward no man’s land ever since.

As factory-supported rivals at Woking, Enstone and elsewhere pulled clear in the mid part of the last decade, Williams was left trailing ever-further behind. So income began to fall as the lap time deficit grew, but still the cost of the operation remained prohibitively high. Although the customer team blueprint hadn’t materialised, a sort of hybrid of it did, with teams such as Force India out-sourcing a far greater proportion of its production and relying on a factory team to supply it with not only engines but transmissions and other components too, so as to keep its overheads way lower than those of Williams. An even more extreme version came with Haas a couple of years ago, not even building its own car but putting something of comparable performance to Williams on the grid with less than a third of its staff.

Related: Changing of the old guard

Williams was – and is – spending a significant part of its budget on producing components of high engineering density but which offer no performance advantage over those which can be bought much more cheaply from, say, Mercedes. It prides itself on being an engineering company but arguably isn’t buying lap time with that costly capability. It thereby denies itself the capability of spending that money on performance differentiators. It’s also why it’s been the first team to place such emphasis on using drivers to generate income – from Pastor Maldonado through to the current Lance Stroll/Sergey Sirotkin line-up.

With this commercial and technical backdrop, the team’s form was declining alarmingly in the late part of the noughties, bringing a significant reduction in FOM revenue. Although Sir Frank’s long-term good citizenship had probably played a significant part in Bernie Ecclestone agreeing to award Williams ‘historic’ payments as part of its new deal a few years ago, the general financial and competitive trajectory was still a downward one.

The turning years meant Sir Frank couldn’t be as active as he once was, his engineering partner Patrick Head had bowed out into semi-retirement and there wasn’t really a succession plan. Mike O’Driscoll, with a strong financial background in the automotive world, has been Claire Williams’ guide in steadying the ship and is probably a good part of the reason the team still exists.

Shortly afterwards came the introduction of the hybrid formula and while this represented an unwelcome increase in costs, competitively a customer relationship with Mercedes, the dominant engine supplier, was a godsend opportunity. So vast was the performance advantage of that engine over that of Ferrari and Renault in 2014 that it artificially boosted Williams up the grid. Two consecutive years of finishing third in the constructors’ championship was an enormous help financially and bought the team some time. But actually it was as far from the front as ever when measured against the watch; it was simply there were fewer teams in between the front and Williams because of the engine disparities brought by the hybrid formula. That was never going to last forever and the last couple of years have represented a gentle slide back down towards the middle of the grid.

Conceptually, the 2014 car pitched its aero efficiencies at the low-drag end of the scale. That worked well at that time, but as other engine manufacturers have closed the power gap so it’s been progressively less effective. All the cars from that 2014 FW36 up to last year’s FW40 have followed that general concept and the consequential layout. But it’s outdated – and not only in aero concept.

The new FW41 is the first Williams to be conceived aerodynamically by ex-Ferrari and Enstone chief of aero Dirk de Beer. It’s widely expected to look like a white Ferrari and it will no longer feature such quaint features as metal suspension and gearbox casing. So expect a clean sheet break from the 2014 concept to something much more progressive. It just could mark the beginning of the long road back.