Pioneering black racing driver Willy T Ribbs says that F1 stars “have a voice” and an opportunity to change the world by backing Lewis Hamilton’s stand on racial equality.

Ribbs, who was the first black person to test an F1 car and compete in the Indianapolis 500, told Motor Sport that he is proud of Hamilton for speaking out and believes Formula 1 will gradually become more diverse.

He says that the sport needs more team owners and investors from minority backgrounds if it is to become fully equal.

“I’m proud of Lewis Hamilton being man enough to say what is wrong and standing up for what’s right.”

Lewis Hamilton focused the spotlight on the lack of diversity in motor racing after the killing of George Floyd in Minnesota on May 25, with a social media post that stated: “I stand alone” in a “white dominated sport”.

Major changes are needed to tackle injustice and racism, says Ribbs, whose racing career was recently portrayed in the documentary film ‘Uppity’.

Asked about his personal experience of racism, he says: “I’ve dealt with it on and off track. It’s coming with worldwide technology and communication now.

“Unless there’s a change and a change real soon worldwide socially, we’re [Afro-Americans] all gonna be gone. We won’t make 2050. It starts with economics, it starts with social inequity.” 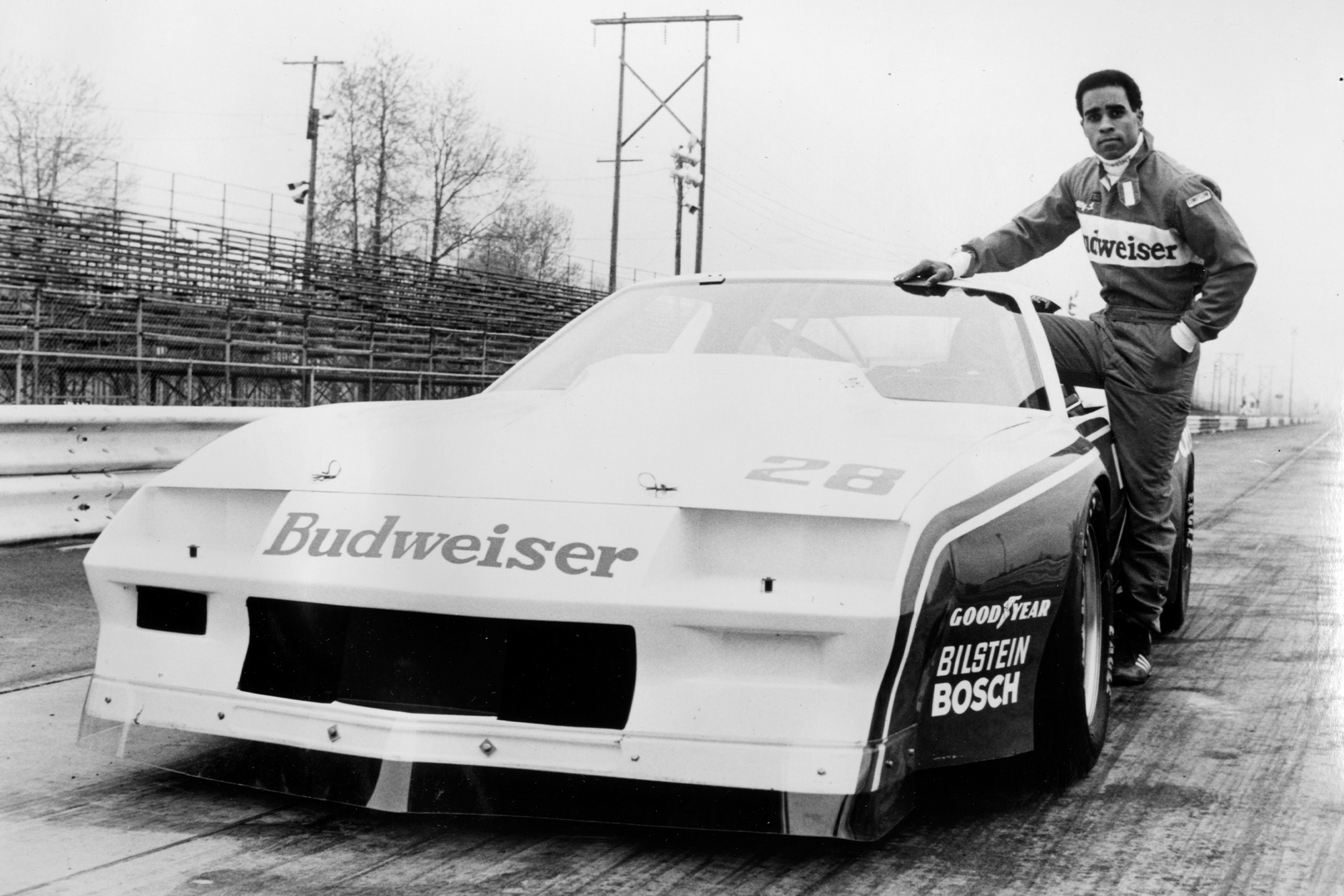 Ribbs, here in 1980, says he dealt with death threats during his career

Ribbs is effusive in his praise of Hamilton, not only for his efforts on-track but also for repeatedly making a stand on matters of racial equality.

Earlier this week, Hamilton said he was “completely overcome with rage” at the “blatant disregard for the lives of our people” and called for everybody to stand up for what was right to tackle racism around the world.

Hamilton’s Mercedes team backed its driver and said that it stands with him.

“The Germans have always been fair to me, they’ve been good to him and I’m proud of Mercedes for supporting him. And for him being man enough to say what is wrong and standing up for what’s right. 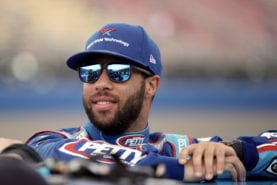 “Not many men have the balls to do that, especially ones that are dependent on public relations. Now all these drivers are jumping in on the bandwagon, chiming in behind Lewis.

“They’re in a position to change the world. They have a voice, they have a platform.”

Ribbs says that he has suffered a lifetime of racism both at the race track and away from it.

“2020 will go down in world history,” he says. It’s always been a powder-keg. A lot of people will wake up in the morning and think, ‘This is new’. This has been going on in the United States for 400 years. It is nothing new.

“I’ve had a gun pulled on me (by police) three times in my life. Each time, they thought I was driving a stolen car.”

NASCAR driver Bubba Wallace has also spoken out on the racist abuse he’s received, not only  on social media but also on occasion from race officials.

California-native Ribbs compared his treatment with Wallace’s, saying: “He gets comments on social media, I got death threats.” 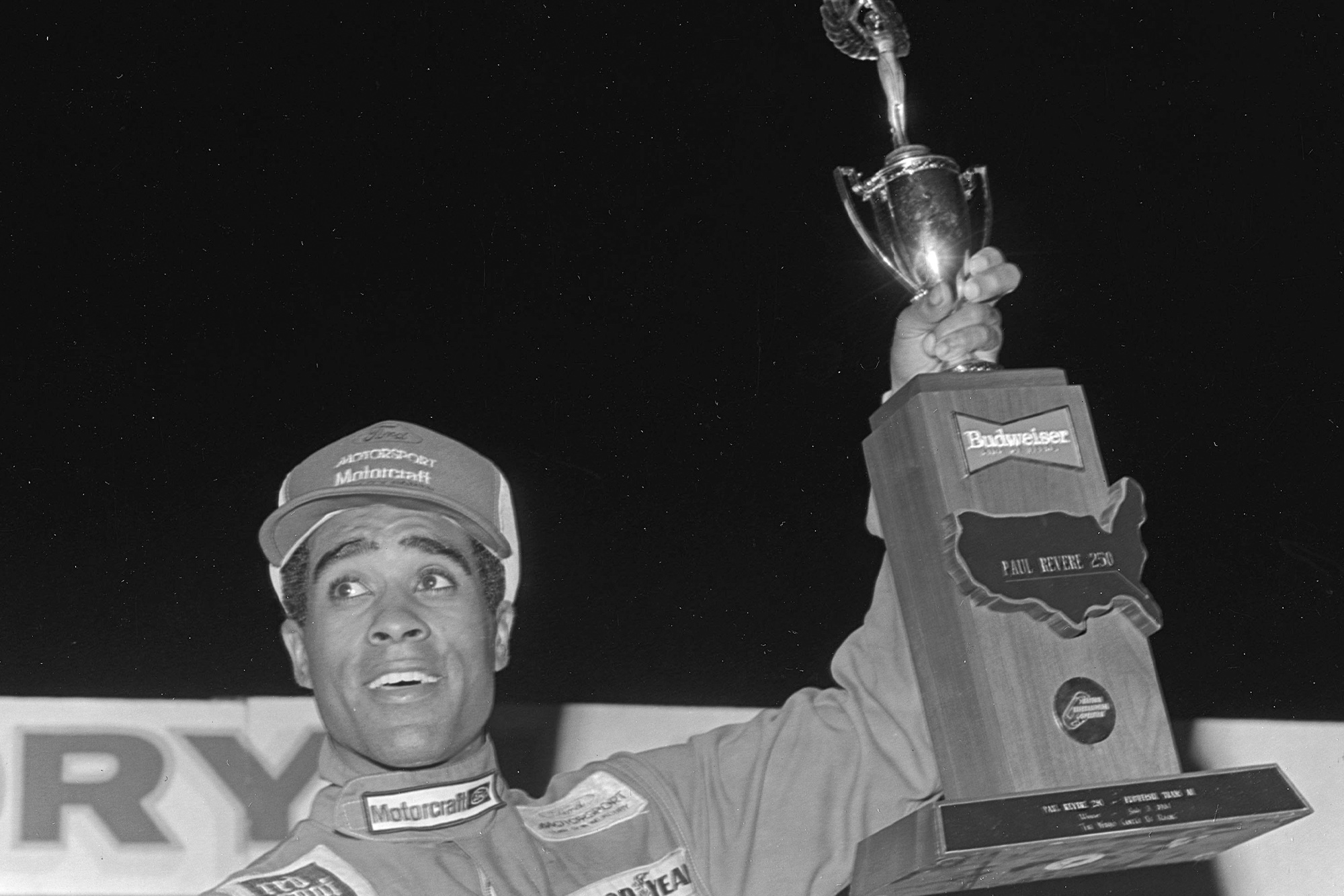 1984: Ribbs winning at Daytona in Trans-Am

In the Uppity documentary, the young Afro-American’s first dalliance with stock cars is depicted in chilling detail. Numerous “fans” sent harrowing messages to both Ribbs and NASCAR, with one fan threatening the latter, “If this n***** races, he may not leave the racetrack alive”.

Instead of being intimidated, Ribbs used it as motivation.

“The death threats were actually sort of exciting to me – I actually sorta enjoyed reading them,” he says. Those people didn’t know my background and where I was raised, how I was raised. So I guess they thought that was going to intimidate me.”

The Trans-Am winner says he has also compared and contrasted racism in the US with the UK when meeting Hamilton, whom he counts as a friend: “The UK is on a different planet. I’ve talked to Lewis. I’ve talked to [his father] Anthony Hamilton. And when we compare notes, it is much, much harsher here and much more aggressive than in the UK. I’ve been to England and London a lot. No comparison.

“As a matter of fact, I said to Anthony, “How many blacks have been lynched in the UK? He said ‘none’ that he knew of. Well, there’s the difference.” 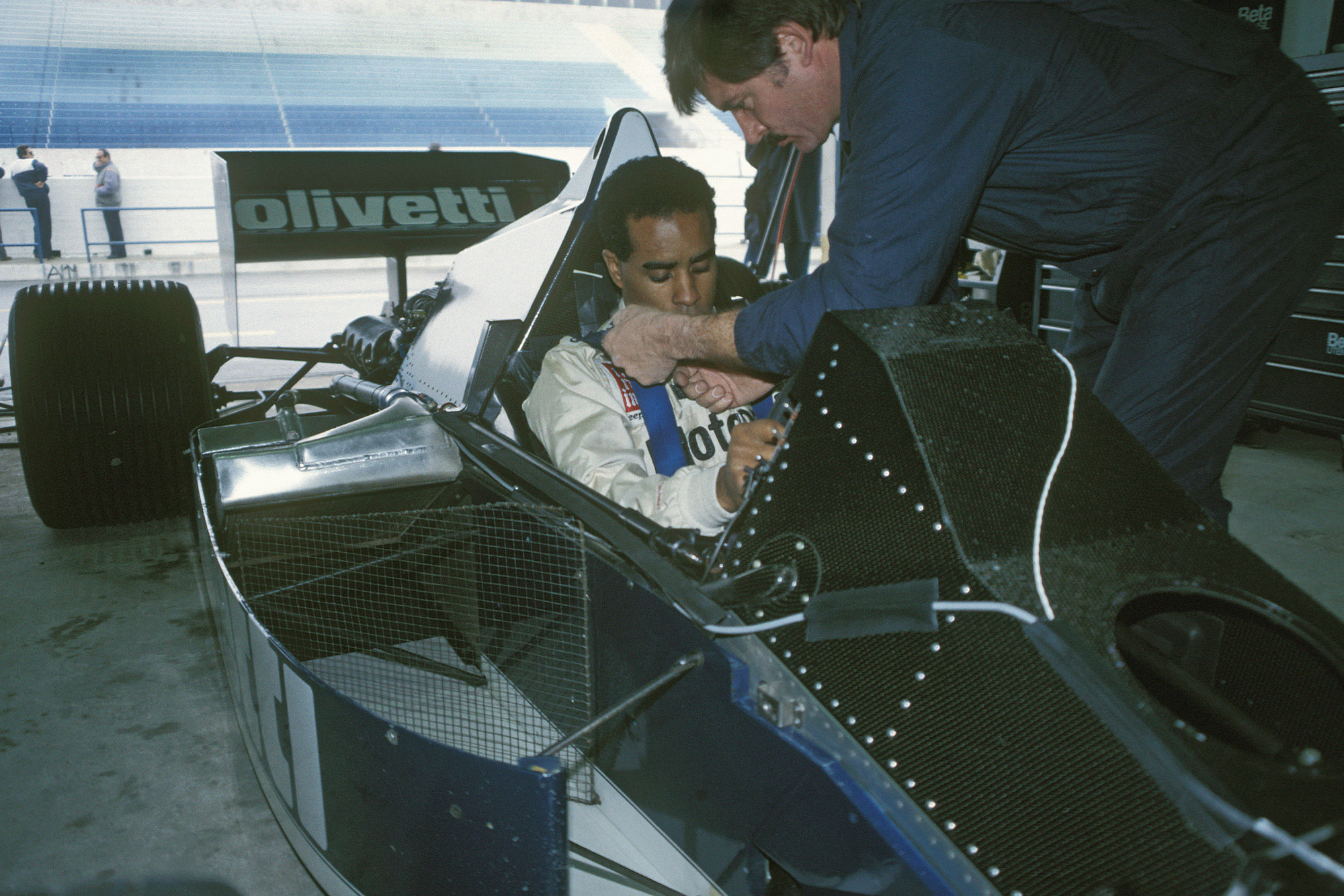 Bernie Ecclestone gave Ribbs an F1 test with Brabham in 1986

In 1986, Bernie Ecclestone gave Ribbs an F1 test with his Brabham team, making him the first black person to drive a Formula 1 car. It took another 21 years for Hamilton to become the first black driver in the series.

F1 has recently announced a diversity programme in a bid to open up the sport to people from all backgrounds, an attempt to break the hegemony of rich white men who dominate the sport. 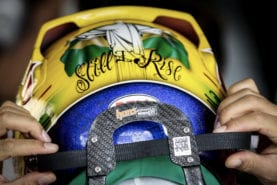 The two-time Indy 500 finisher does credit standout figures in the sport for championing black talent. Ron Dennis famously nurtured Hamilton from a mercurial karter into a global motorsport superstar, and Jim Trueman was Ribbs’ boss in Trans-Am.

“I had a man named Jim Trueman. Lewis had a guy named Ron,” says Ribbs.

“I said that to Ron Dennis, to his face ‘You don’t have any idea how important you are and what you’ve done for Formula 1.’

“If it wasn’t for Ron Dennis, we might not have ever seen or heard of Lewis Hamilton other than in go-karts.”

Ribbs has faith that positive change will come in the diversification of F1 and other forms of motor sport, it just might not happen overnight.

“Gradually. If you’re looking for one now (on the F1 grid) you see a Hispanic driver in there. You see brown, white, dark. You see colour diversity. I mean, it’s not the NBA, not as much as other sports, but still…”

The pioneering Afro-American feels those with a personal interest in diversifying the sport need to fund it: “There’s got to be more diversity money in the sport. For example, if LeBron James and Michael Jordan wanted to start a Formula 1 team, they probably could.

“It’s going to take multi national companies, whether they’re from Nigeria or they’re from Malaysia, it’s gonna take minority money – and a lot of it!”

“Just like Lawrence Stroll. He’s a prime example. You got the money? You want to see a change? Then put up the money.”

If Ribbs was to make a personal choice on who would lead the diversity drive in F1, he is in no doubt as to who his picks would be.

In spite of the racial issues that both F1 and the wider world faces, Ribbs ultimately believes positive change will come.

“It’s going to happen gradually. Not just to give People of Colour an opportunity, it’s more than that.