Drivers can gain up to a second a lap in a single corner through the “scary” banked sections of Zandvoort, says the man who has led the redesign of the Dutch Grand Prix circuit.

The challenge of the two new sections, which are unique in modern Formula 1, could shake up the grid, says Jarno Zaffelli, head of the Dromo engineering firm, which has revised the circuit.

This week, Max Verstappen drove a demonstration lap on the newly-finished layout in the 2012 championship-winning RB8, two months before the race is held.

The right-left Turns Two and Three, angled at up to 19 degrees and the 18-degree banking of Turn 14 have been “reverse-engineered” from historic circuit sections, including Brooklands, Montlhéry and Monza.

Ride with @Max33Verstappen for the first lap of the new Zandvoort Circuit! 💪🇳🇱#DutchGP pic.twitter.com/qHSG1cyUBA

“Turns Two and Three will be the most exciting part of Zandvoort, for the simple reason that Turn Two is just going up full speed, 250km/h-260km/h (155-162mph) then you are braking for 40 to 43 metres and then we are going down six metres, turning left with an inclination of 34 per cent (19 degrees),” said Zaffelli.

“[For] Turn Three, we did all the design with a focus in mind, you need it to be scary to drive.

“The drivers will need to understand which is the fastest line. There will be a difference in only one corner of up to one second per lap, depending on the set-up, the line they’re taking, the conditions of the asphalt, the part of the race you’re racing in and the courage of the driver.”

Those in the cockpit will experience lateral acceleration similar that of speeding through Eau Rouge and up the hill at Spa, but maximising speed in those sections will need more than bold driving. Teams will need to engineer a car that will perform throughout the lap, including in the tight technical corners.

“You have a lot of downforce and vertical loads coming in the bankings, but you have a lot of lateral accelerations coming from the fast section between Turn Four and Turn Eight,” said Zaffelli. 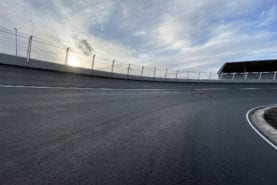 New banked corners at Zandvoort have been completed, two months before Formula 1 returns to the Dutch circuit. The two sections, angled at 18- and 19-degrees, are said to be…

“For the mechanics and the engineers the challenge will be huge because this will be the track which will have the most loads on the tyres, of course, of all the F1 calendar, because of the bankings.

“We expect a lot of bottoming down, depending on the line they’re getting, a bit through the bumps that of course there are, it’s not always possible to build perfectly an inclination like that. We’ll see a lot of sparks, especially on Turn 14.”

Zandvoort’s unique design came about from a conversation in 2018, the circuit’s technical director, Nick Oude Luttikhuis and the late Charlie Whiting, F1’s race director, over how to improve the track for the return of F1, 35 years since the previous race.

One requirement was to the final straight longer to improve overtaking opportunities. But the protected sand dunes that surround the track meant that laying a longer stretch of asphalt was not an option.

“They did a lot of brainstorming to change the area between the last corner, they were thinking of adding chicanes or something similar and [then] they decided this was not desirable for Zandvoort,” said Zaffelli.

“So Nick suggested ‘Why are we not considering banking?’, possibly beyond the FIA guidelines [for] the maximum levels of lateral inclination, because Zandvoort is a really good track for doing so. 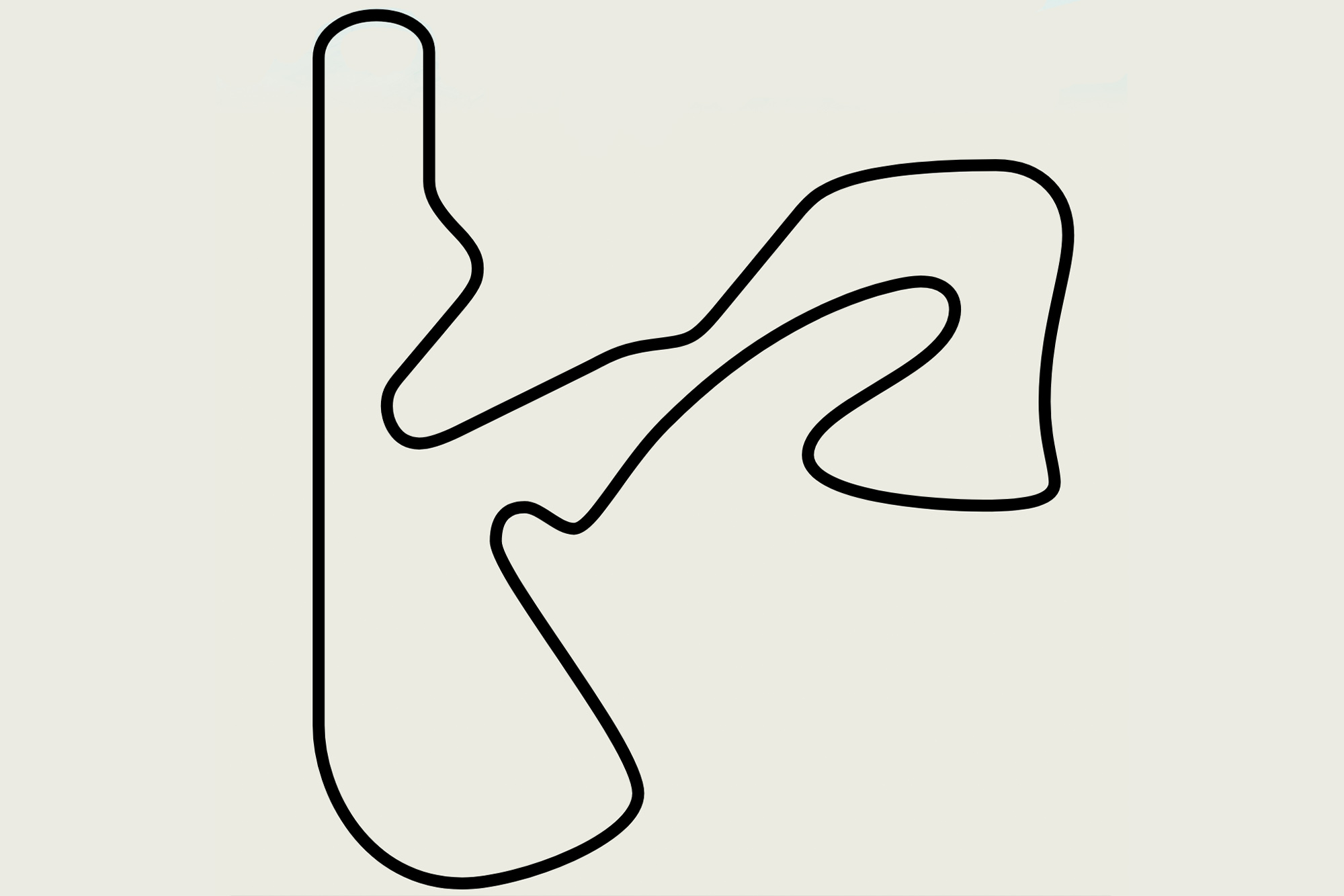 “Charlie said ‘Show me how this is possible and I’ll accept it.’”

Zaffelli said that F1’s guidelines stipulate a maximum track angle of 15 degrees, but accepted the final corner proposal after simulations showed that it would be safe.

Once the concept Turn 14 was finalised, Dromo looked to utilise its banking expertise elsewhere on the circuit.

“We went to Zandvoort and said “OK, this is the design we can do, but as soon as we do the design on the last corner, we will have all the knowledge, manpower and machinery, so why don’t we do it on some other corners as well?” said Zaffelli.

“And so from that came the ideas of doing Turns Two and Three.”

The 19-degree angle is far steeper than any circuit previously approved by the FIA, said Zaffelli.

Such extreme banking is a step into the unknown for modern-day Formula One. Echoes of Indianapolis 2005 still reverberate. when Ralf Schumacher’s terrifying crash on 9-degree banking led to all-Michelin shod cars being withdrawn from the race on safety grounds.

Dromo is confident that its research will ensure that a similar situation is avoided.

“We travelled across Europe to look at Sitges-Terramar, near Barcelona (which has) 60 degrees of inclination, (and also looked at) Brooklands, Monza and Montlhélry,” said Zaffelli.

“We also used ‘reverse engineering’ to look at all the mistakes of the past and the good things of the past. And we tried to understand what was good what was not and to model them.

“Then we came down to do the transitions in Turn 14 and the transition in Turn 3, (where) there is a golden section that is done with a Fibonacci Sequence.

“So the banking in Turn 14 is between 14-18 degrees but the inclination between in Turn 3 is variable between 5 degrees up to 19 to 20, so its much more variable.

The first test session of the Dutch Grand Prix weekend takes place on May 1 and will be a step into the unknown.