After a glut of F1 graduates in 2018, this year’s Formula 2 grid highlighted more shining talents. Tragically, not all would see the end of the season 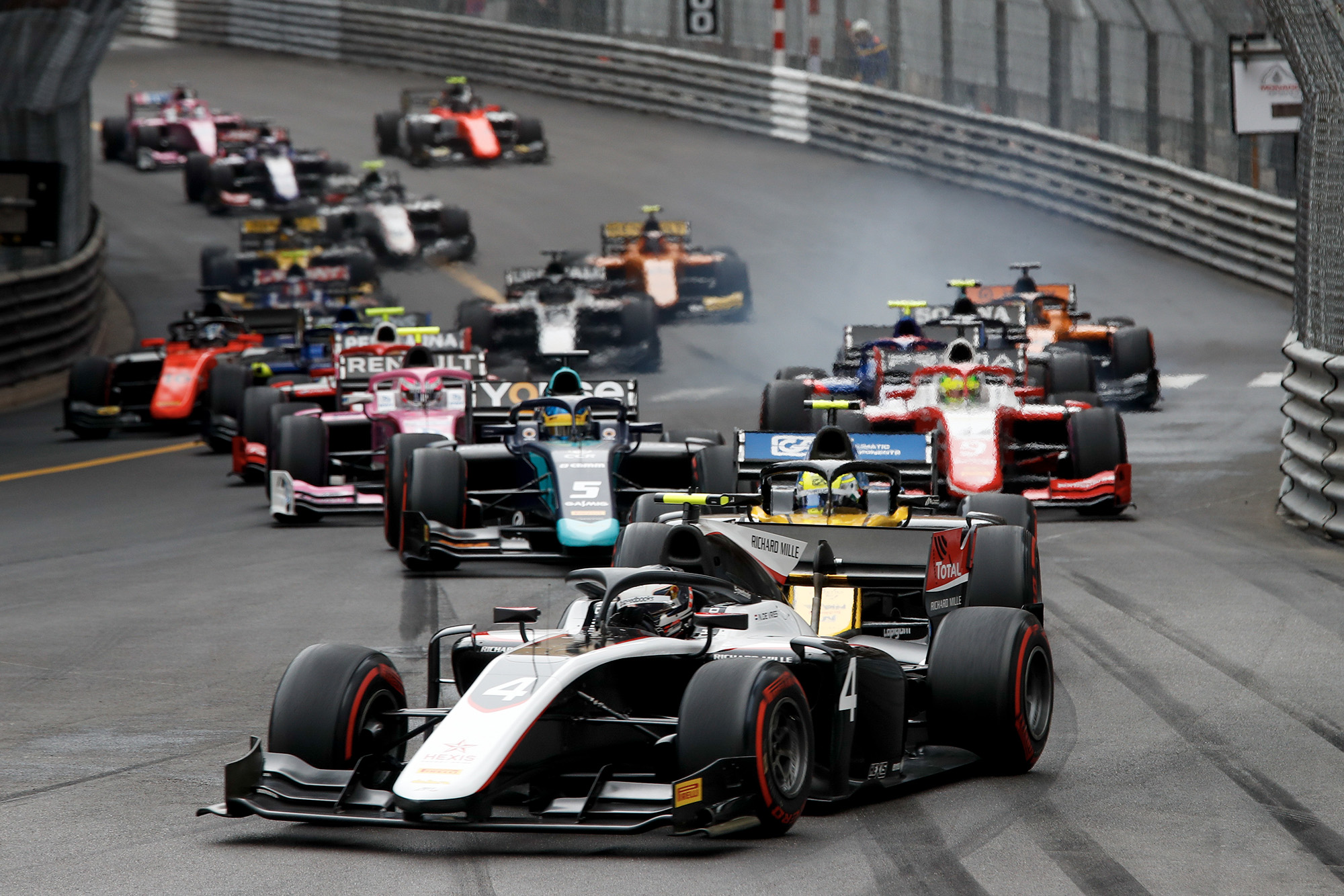 It looks like we were spoiled with last year’s crop of Formula 2 graduates in the form of Alexander Albon, Lando Norris and George Russell, and there were a number of reasons for that.

The biggest one was a new car introduced in 2018 was radically different to its predecessor, levelling the playing field for rookies compared to the experienced drivers. The obvious one is that they were simply very, very good.

So with a year’s experience for many drivers and some big shoes to fill in terms of any newcomers, who stood out across the F2 season?

Let’s start with the champion, Nyck de Vries. You could say it was about time the Dutchman delivered the championship, having raced for four different teams at this level. Armed with the ART Grand Prix seat that George Russell had won the title in last year, he had all the tools he needed at his disposal, but that also brought huge pressure.

Time in the category doesn’t automatically lead to the experience that will bring results, and de Vries is testament to that. His debut year was in 2017, and the withdrawal of financial backing from McLaren meant he was struggling to fund his seat. In his rookie year – the final one with the old car – he won in Monaco for Rapax and scored further podiums when he moved to Racing Engineering to finish seventh overall.

So de Vries was still inexperienced at this level when the new car was introduced in 2018, and as part of a top team that had delivered Charles Leclerc to a dominant title in Prema, the pressure was immediately on. It’s perhaps overlooked that he finished fourth behind the impressive trio promoted to F1, only 17 points behind Norris and 10 adrift of Albon. 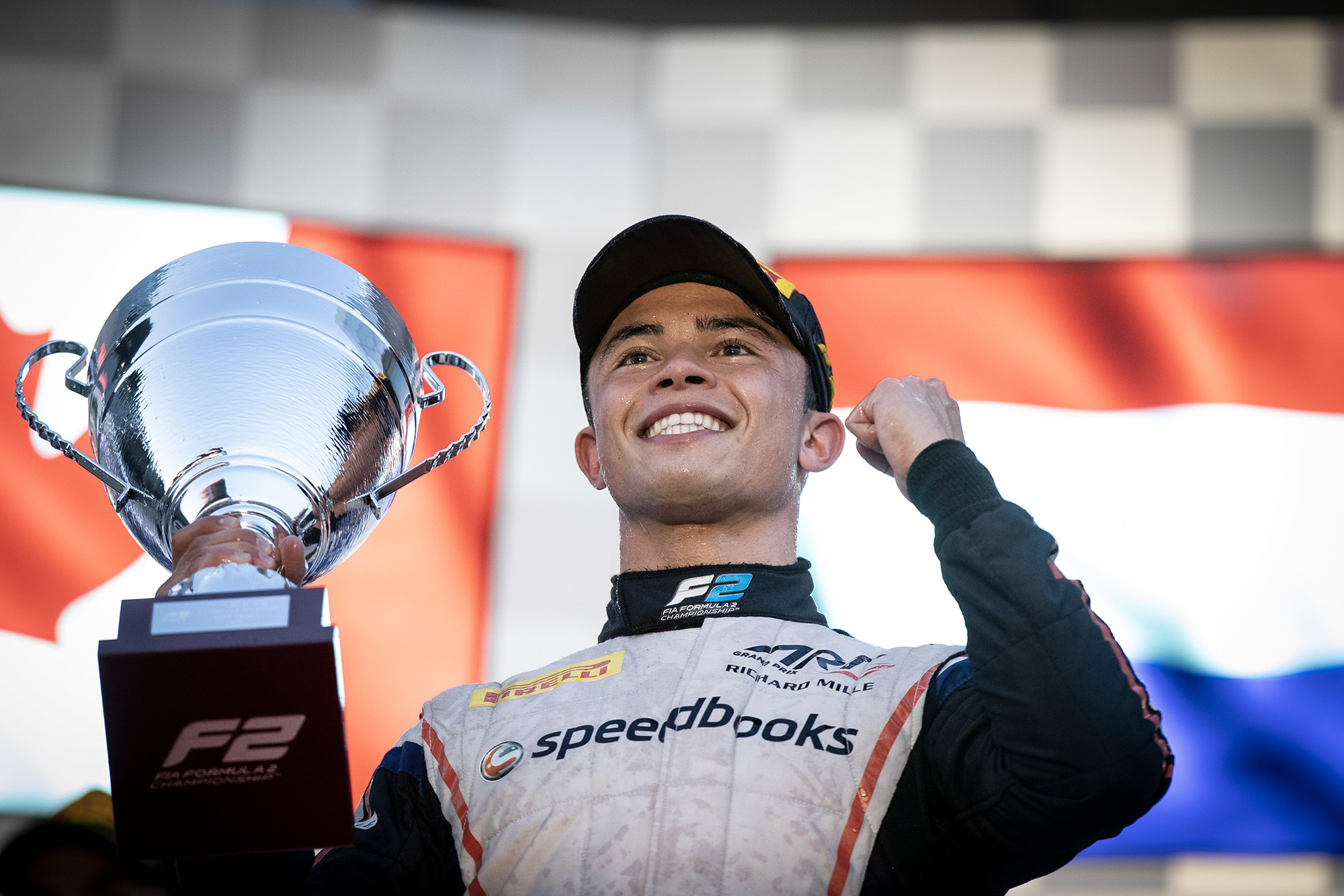 It was a performance that perhaps didn’t get the credit it deserved, but this year he delivered. Four wins matched last year’s tally but there were far fewer retirements and much better consistency. He still struggled with tyre usage, but after a “poor” start to the season with sixth and seventh in Bahrain, he scored at least a podium at every round until a dire finale in Abu Dhabi after the title was won.

Heading into that final round, de Vries had every chance of overhauling Russell’s record points haul from the previous year, even with a cancelled round at Spa.

But was the strength of the opposition as high? Realistically, no. The more experienced drivers were still only on the second year with that car – good enough to pull clear of rookies but not the full value of their years in the category.

Nicholas Latifi has secured his future in Formula 1 but will be left to rue a season that got away from him. His start was strong but he faded as the year went on, with his inability to secure a pole position central to that. Latifi’s race pace was often good, but the missing little bit over one lap was highlighted in qualifying that will need work if he wants to make any sort of impact like this year’s graduates did.

That isn’t to discredit his solid performances, because he still beat Luca Ghiotto who will be kicking himself about a missed title opportunity. The pace in the UNI Virtuosi car was remarkable at times, and he secured pole at two of the first three rounds. But he was unable to convert his chances in feature races until the second half of the season and by then de Vries had pulled clear.

The fact that three experienced drivers were fighting for second place at the final round adds weight to de Vries’ championship, but also suggests the rookie contingent were not impressive. Not so. 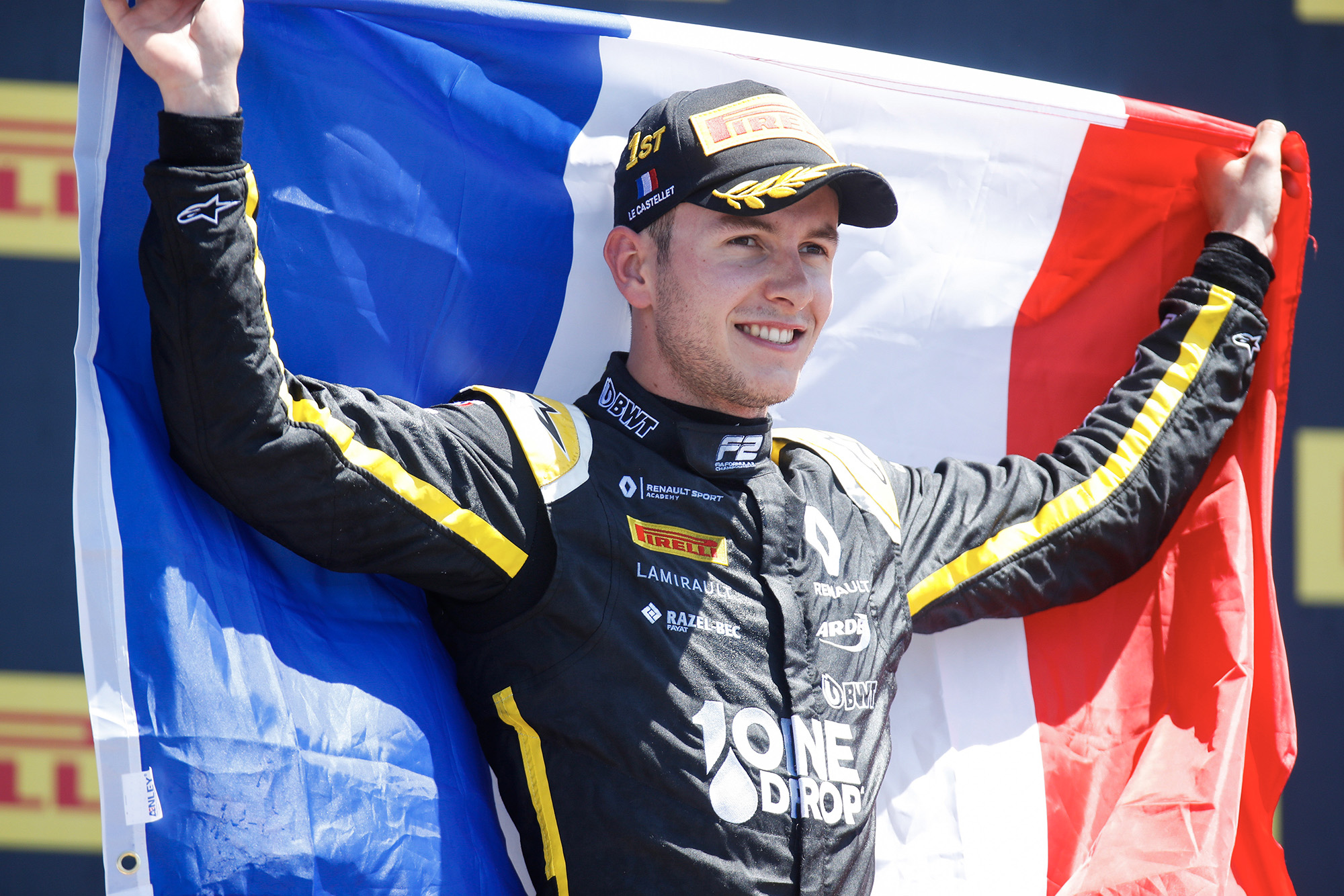 It isn’t just misty eyes that leads me to write that the standout was Anthoine Hubert. The Frenchman was not in a front-running team in BWT Arden, but his fourth place on debut in Bahrain made everyone sit up and take notice. He delivered on that promise with wins in the sprint races in Monaco and France – the latter his home race – and at that stage he was a real threat for a top-three finish.

He sat just two points behind Ghiotto at that stage, and although he then embarked on a run of difficult races, who knows where he would have ended up but for Spa.

Similarly Juan Manuel Correa impressed in a largely unfancied Sauber Junior Team by Charouz car, even more so given the fact he hadn’t planned on racing in F2. Correa told me his aim had always been an F3 title tilt this year, but then seat prices rocketed so much that his backers decided a year learning in a likely lower-midfield F2 car was a better investment.

And yet he had twice finished second with strong drives at the age of just 19, the latter podium being behind Hubert at Paul Ricard. Again, at that stage he was in the top ten and 21 points clear of Ferrari-backed team-mate Callum Ilott, and catching the eye.

Correa was inconsistent, but flashes were all he could realistically offer given the car and his experience. His first year in car racing was 2016; the first full seasons at F2 level for both Latifi and Ghiotto.

In the end it was Guanyu Zhou who took the honour of top rookie, and his regular appearances at the front in qualifying highlighted impressive speed. He registered pole at Silverstone but ended the season slightly frustrated he never turned a podium into a win, finishing third on five occasions. Although three of those were in feature races, there just seemed to be a lack of improvement over the year that convinces you he’ll fight for the title next year. 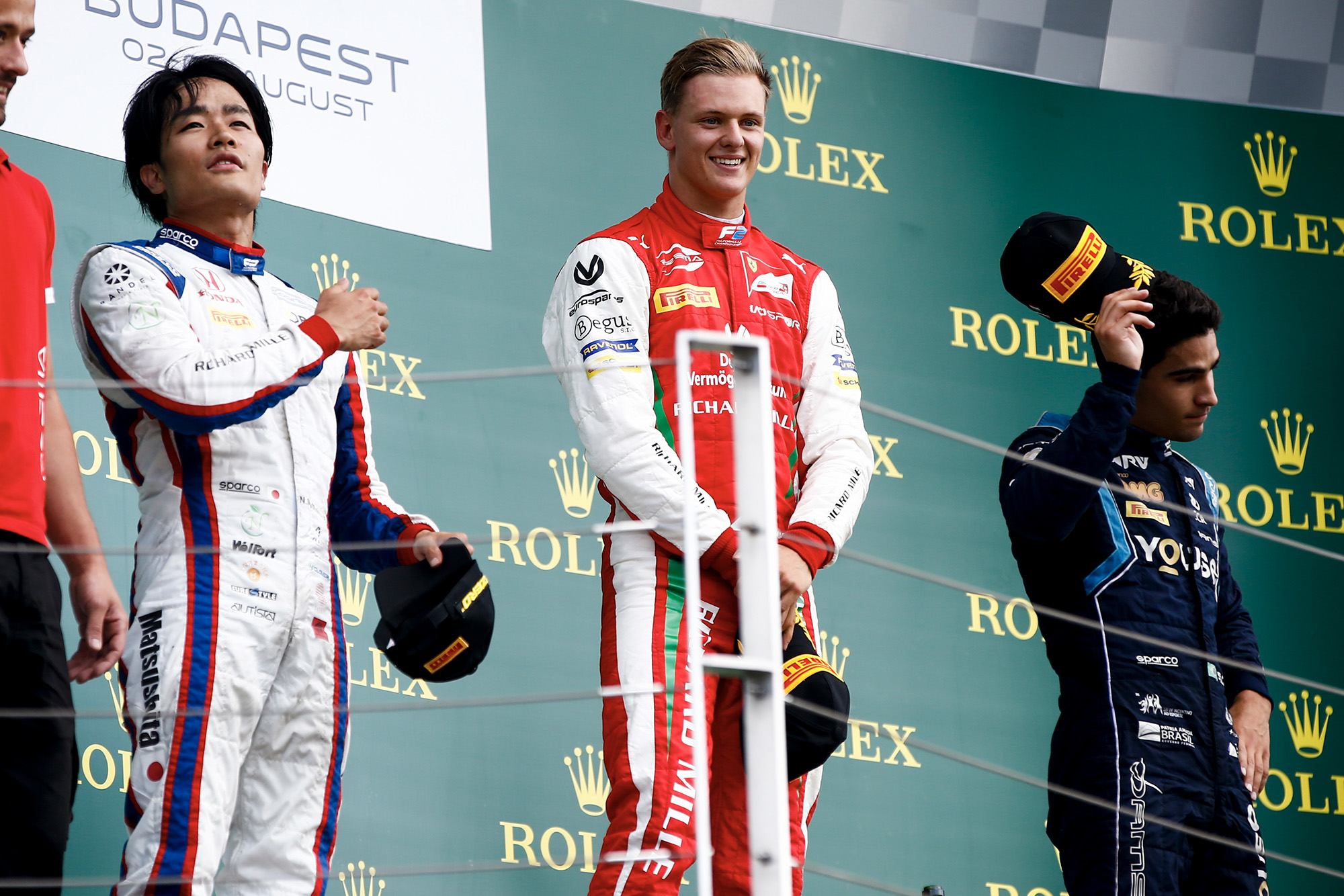 Which brings me to the big name of the season: Mick Schumacher. All eyes were on the son of the seven-time world champion, and the previous year’s rookies had ramped up expectations. So 53 points and 12th in the standings has led to him being written off as only getting a space on the grid because of his name. Not so.

Schumacher was impressive in the first round in Bahrain, following his eighth place in the opening race (and therefore reverse grid pole) with a mature sixth given how quickly tyres went off in the sprint race. In the feature race in Baku came his first mistake as he spun out when running near the front, but his recovery in the second race was showed his pace.

After that, it was very much a case of what might have been. A first lap puncture after starting in the top ten in Spain ended hopes of feature race points, and he quickly found how costly a bad race one could be.

In Monaco he started fourth on the grid but an ill-advised attempt to pass Tatiana Calderon – on the alternate strategy – at Rascasse ruined his weekend, and then at Paul Ricard he was running seventh on the opening lap when his team-mate Sean Gelael wiped him out. He’d retire from race two, as well.

The only real highlight was a sprint race win in Hungary, which was followed by another non-classification in Monza and a double-DNF in Russia, with reliability issues limiting his overall points score.

The jury’s out on what Schumacher can achieve or how good Zhou is, but we’ll get plenty more answers next year when an exciting crop of rookies in the likes of Robert Shwartzman – team-mate to Schumacher at Prema – Marcus Armstrong and Dan Ticktum join them, at the same time as the more experienced drivers move on.

Yes, we were spoiled last year, but there were still some standout performers this time round, and a pair of rookies whose potential should never be forgotten.