Daniel Abt will complete this year’s Formula E season after being hired by NIO 333 for the final six races in Berlin next month.

The news comes five weeks after Abt was sacked by Audi for allowing an esports driver to compete for him in a round of Formula E’s Race At Home Challenge virtual tournament.

It will also mean that Abt continues his run of competing in every Formula E race since the series began in 2014.

NIO 333 was forced to find a replacement for regular driver Ma Qinghua because Covid-19 restrictions prevented the Chinese Driver from travelling to Germany.

Abt said that he was excited by the opportunity to focus on racing after the regrettable incident.

“When the possibility of signing Daniel for the Berlin finale was presented to me, it was an exciting prospect,” said Vincent Wang, CEO of NIO 333.

“As the saying goes in the eastern world, ‘a prodigal who returns is more precious than gold’, but the controversies surrounding him during the Race at Home Challenge reached quite a high level and will bring two opposite opinions.

“In the end, after discussing with some key figures of the paddock, we have decided to give Daniel an opportunity to return to Formula E. We welcome him with open arms into the team, We hope the home hero will redouble our efforts to finish this extraordinary season in style.”

In this month’s Motor Sport Magazine, Audi’s Formula E team boss, Allan McNish says that Abt’s departure will have a “big impact” on the team during the Templehof Airport races in August.

Audi quickly separated itself from the German driver once evidence of the deception emerged, saying that its drivers were expected to act with integrity. Abt released an emotional video where he apologised, saying: “I feel like I couldn’t fall any deeper. But I will get up again, I will come back.”

That moment has now come at his home races, where the 27-year-old will partner Oliver Turvey.

Abt’s record includes a win, pole position and fastest lap in the Season Four Templehof race. A repeat is unlikely, given Nio 333 have not scored any points in the championship so far this season.

“I have a lot of experience and input for the team,” said Abt. “I will do everything I can to achieve results together with Oliver.” 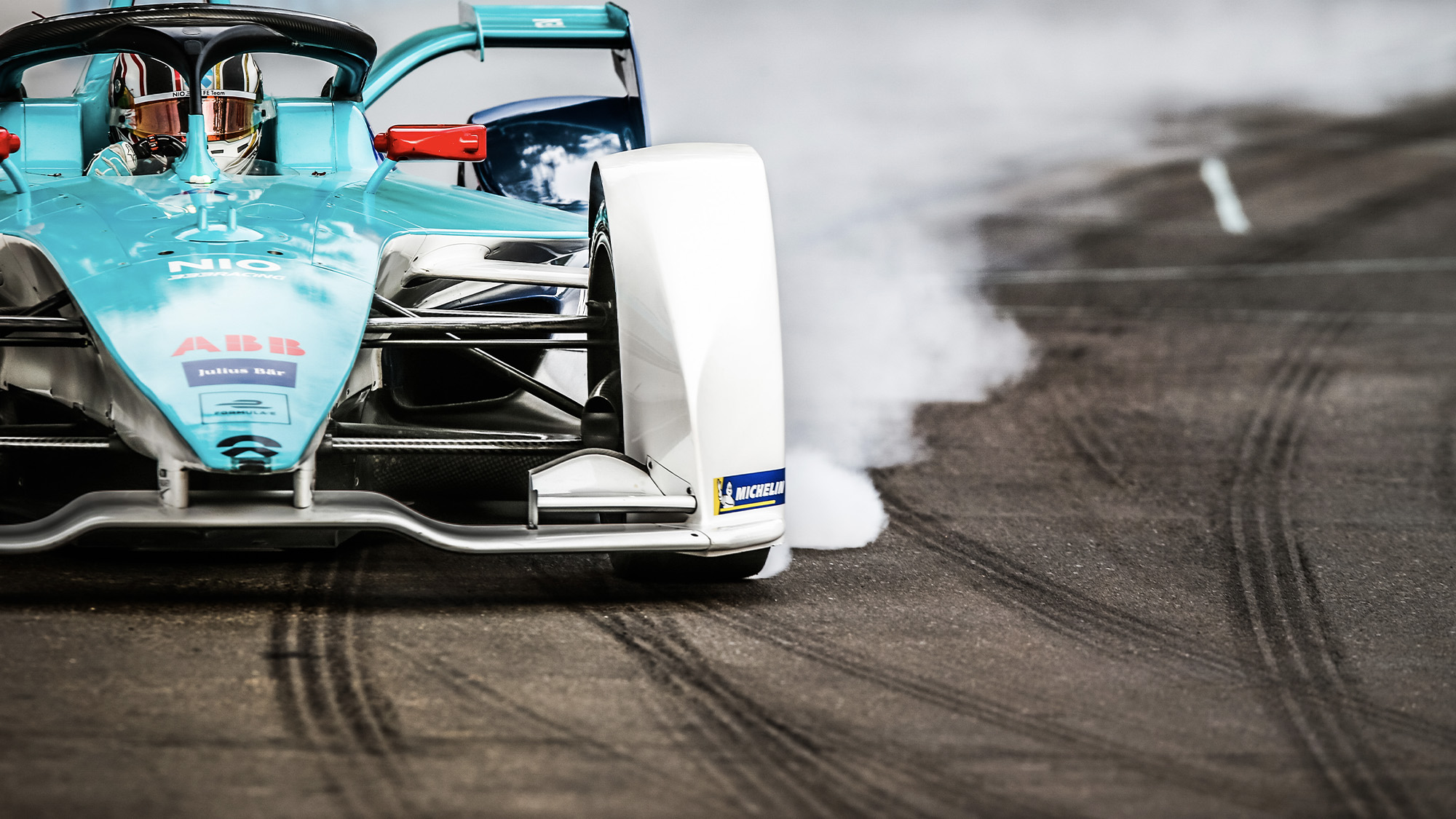 NIO 333 has struggled this season, without any championship points so far

Abt described his virtual race driver swap as a “mistake”. “I took full responsibility for it,” he said.

“Now it is time for me to look forward and go back to what I love most: RACING. Therefore, I am very grateful for the opportunity and the trust NIO 333 is giving me.

“The opportunity to race in the final 6 races, my home races, and continue my record of completing in every single Formula E race is very exciting.

“For me it is not about revenge as I have no hard feelings towards anyone. I just want to do the best I can for the team and help the team to have a good finish to the season.”

Abt said that it was too early to say whether his would continue with NIO 333 next season.  He will test the car later this month in Britain, ahead of the first Berlin race on August 5.