Is Formula E a marketing exercise or racing endeavour for Jaguar? Sam Smith speaks to the team’s technical director James Barclay to find out 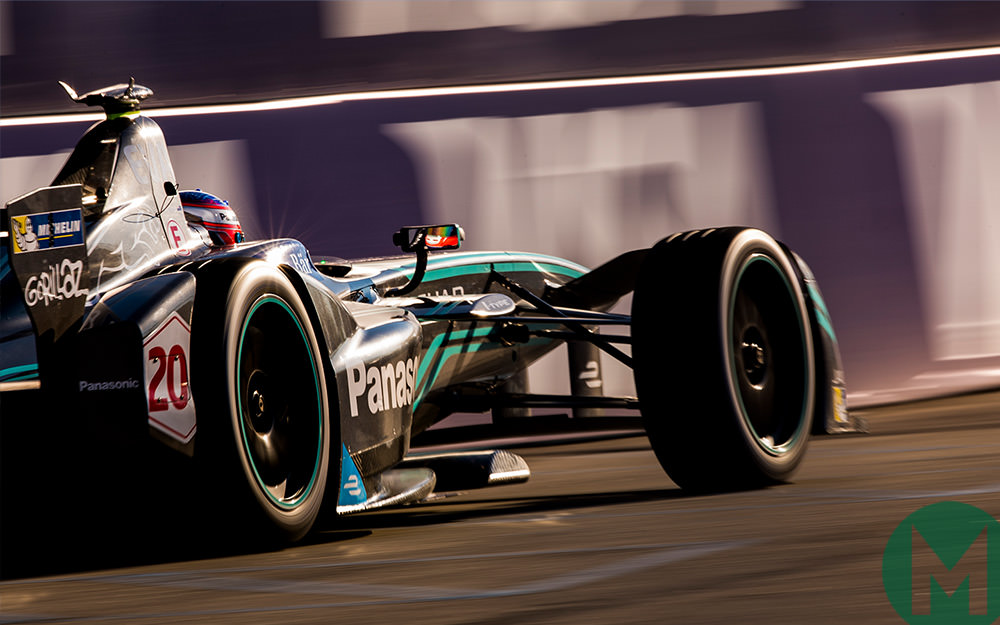 In December 2015, the fanfare of Jaguar returning to motor sport after a decade away from factory racing was received with incredulity in various quarters of the industry.

After all, here was a bastion of authentic racing values, enshrined in a glowing and mellifluous racing tradition of daring-do, entering what some considered to be the soulless, noiseless, slot car-esque world of Formula E. Surely Sir William Lyons would have averted his gaze from such plans?

These were merely the opinions of the starchy few, however. The flat earth enthusiasts, who conveniently forgot that the Jaguar name pioneered and modernised racing from the early 1950s onwards, whined in to a void.

The brand had an eye on the future of both automotive and racing industries. Electric engineering was going to be a huge part of the outlook and Jaguar had to be leading the chase. It grasped the opportunity.

It was this passion for ground-breaking engineering that brought five wins in seven years at Le Mans from 1951 to 1957. This same trait has now been carried over to the Panasonic Jaguar Formula E Team which made its bow last October in Hong Kong. Sir William was an expert stylist, after all; he would have loved it.

However, the early signs were not encouraging in terms of performance, but Panasonic Jaguar Racing’s team director James Barclay says patience was a key word from the beginning of the project.

“Formula E is not something where you can go testing, so we knew that our learning curve would be through the race season,” says Barclay, as we talk in the Montreal paddock. “It is therefore good to have gone through it and taken all the lessons away from the season that we have.”

With a mere four months to build and perfect its powertrain it was a tight turnaround, one in which the focus had to be on key criteria rather than pinning down the best overall package. It was important to be realistic with ambitions, despite the fact it had the engineering support of Williams Advanced Engineering who were supplying the spec first generation batteries.

“From Hong Kong, you can see the progress. Compared to anyone else we have made the biggest progress on the grid, really, in terms of ultimate pace.”

It became almost a mantra for Barclay and his team during its first Formula E season. Of course there were sprinklings of corporate narrative, but it would be unfair to tar Jaguar with a brush of PR hooey.

For those that had followed Formula E and re-calibrated from traditional strands of the sport, it became evident early on that this nascent series was going to be competitive. And for the engineers and drivers, possibly the most difficult to get their heads around.

“When we came into the championship we always positioned early on that anyone who thought we could come in and win races, dominate and have a great deal of success probably didn’t understand what we were planning to do,” states Barclay.

“For us, Formula E is a longer-term commitment for the business. But like all things you have to project a gateway with timings and build plans around those, because the key thing will be the new ‘generation two’ car starting in season five (2018-19).”

This is an important point. The one car/one driver format for season five will be the biggest constitutional shift in Formula E’s fledgling history. Therefore Jaguar had to get a head start as a manufacturer in order to capitalise on the increased energy that will be available via the McLaren Applied Technologies co-ordinated battery for 2018-19 and beyond.

“We are a registered manufacturer for the generation two car now and it is fantastic to see that since we have committed to the championship we have been joined by some incredible brands,” says Barclay. “But importantly, with the brands that are coming in [Porsche, Mercedes, Audi and BMW] it is key to get quite a long way ahead.” 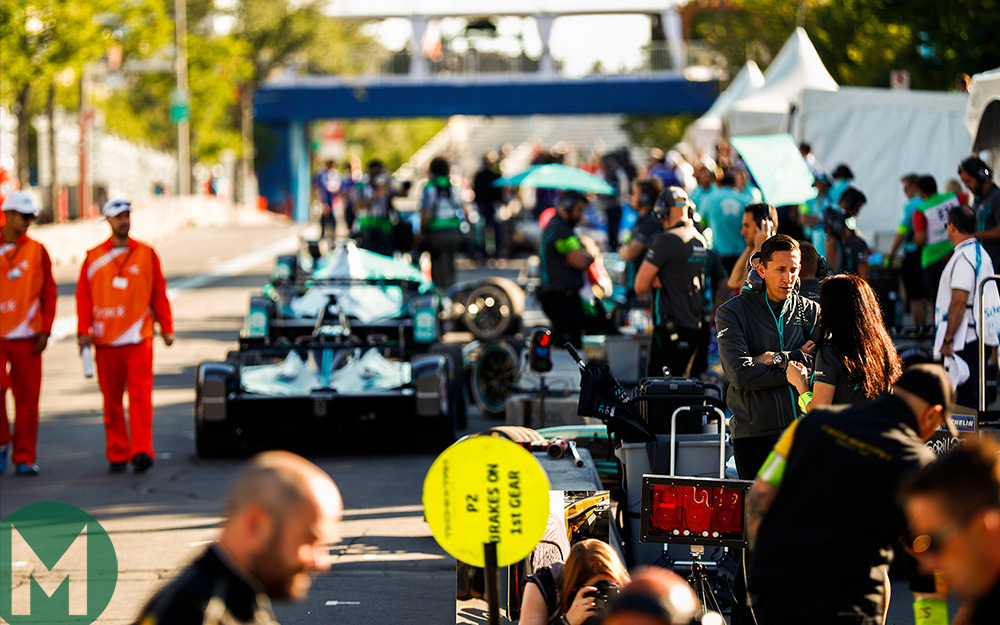 If Jaguar do this and kick on from the progress in the second half of their freshman year of Formula E then it will fully shake off its ‘sleeping giant’ tag. A fourth place in Mexico City by the excellent Mitch Evans was followed by five further points-finishes and some much improved qualifying performances.

Awkward whispers have remained in the paddock throughout the season, though. ‘The team was a marketing entity rather than a racing one’, some said.

It is true that off track Jaguar puts on an impressive display, but more pertinently it also genuinely engages with partnerships that have included the Damon Albarn-initiated band Gorillaz and a host of famous names from the world of show business.

“Fundamentally we are all racers and this is why we are here: to win and be successful,” states Barclay. “This is the long-term vision for the programme and anything less that that is unacceptable from our own point of view. No board signs off on this kind of project without wanting success.

“We are invested in this championship and making it a success and so for us to sit back quietly in our learning year and just chip away at our performance whilst not doing what we can in other areas would have been the wrong approach.

“We have a team that is absolutely focused on delivering success and the platform from year one is invaluable as we prepare for next season,” continues Barclay. “But whilst we know we have a bigger challenge on track it is about making sure we are activating massively well and professionally off track as well. For us, excellence in all areas is important.”

Jaguar has been vocal on stating that battery performance at high speeds on the track is being filtered back into the automotive electric projects it is immersed in. The Jaguar I-Pace is scheduled to hit the roads in the second half of 2018, after all.

This could coincide with Jaguar starting to make more of an impact at the sharper end of the Formula E grid. Should it do so, Jaguar will have stolen a march on its other prestige rivals who will join the electric party the following year.

Jaguar won’t be drawn on such predictions, however. Rather it acknowledges that Formula E is the perfect fit for its business for the foreseeable future.

“Without a doubt one of the reasons that Formula E is appealing to everyone is first of all its relevance for the future of the automotive industry and the cars we are going to be producing. That is the fundamental driver,” says Barclay. “But then another important factor is that the cost of motor sport as a whole and in the other categories has become so high that Formula E has become a very attractive solution.”